Under Modi, the CBI Is Protecting the Powerful While Picking on Critics

The CBI's decision to go after NDTV and its founders – while ignoring cases against the Adanis, Ambanis and other powerful businesses despite serious evidence – doesn't bode well for the agency. 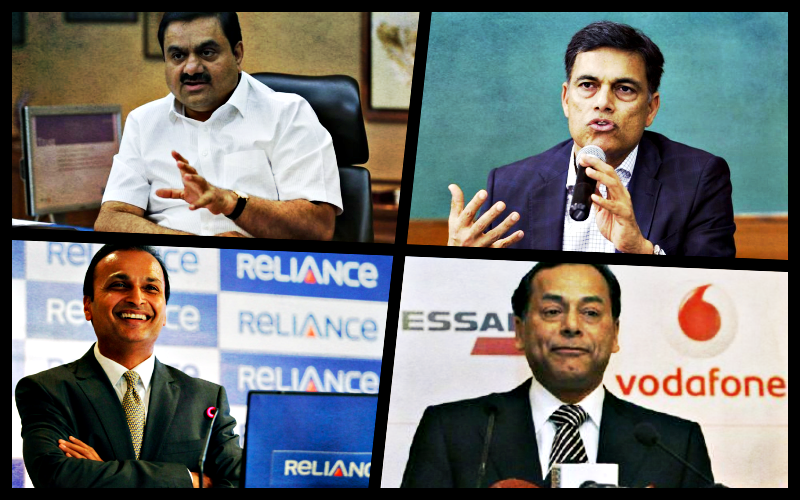 India’s premier investigative agency, the Central Bureau of Investigation, on Monday raided the residence of NDTV co-founders, Prannoy Roy and Radhika Roy. The case against Roys is that some eight years ago a private bank, ICICI, settled a loan that they had taken on much lower interest rates than otherwise applicable, thereby causing a loss of Rs 48 crore to the bank. No one is above the law, NDA minister Venkaiah Naidu, claimed. But is that really so?

Does the CBI, under Narendra Modi’s government, make no concessions when it comes to dealing with corruption or criminal misdemeanours of powerful people?

Far more substantive allegations of corruption than those made against the Roys have been pending with the CBI for many years.

Last year, 40 of India’s biggest energy companies were investigated by the Directorate of Revenue Intelligence for the over-invoicing of imported coal and in the process siphoning off thousands of crores of public money outside the country. In March 2016, the DRI, after a year-long investigation, sent an alert to 50-odd customs establishments all over India detailing the modus operandi of the over-invoicing of imports of coal from Indonesia by power companies. The DRI claimed that electricity-generating companies were availing of “higher tariff compensation based on the artificially inflated cost of the imported coal.” The scam was estimated at over Rs 30,000 crore.

The DRI claimed to have collected substantive evidence of how these companies had created layers of invoicing between Indonesia and India – intermediary firms were floated in Singapore, Hong Kong, Dubai and other locations – to inflate the price of coal in official billing documents. While the original coal price was remitted to the shipper in Indonesia, the overvalued component was parked abroad. The total amount thus siphoned off between 2010 and 2015 was estimated to be around Rs 30,000 crore. It was a double whammy for the common man. Most of these energy companies operate with finances raised from the markets and public sector banks. So the money parked abroad inevitably belongs to the people. Moreover, inflated costs are passed on to power consumers by way of higher tariffs. Every month, consumers are coughing up more for electricity bills then they actually should be.

Wasn’t this enough evidence for the CBI to start an investigation? What constitutes public interest – the Roys’ loan, which they have already settled, or thousands of crores of public money being siphoned off abroad?

There were two other scams that the DRI had unearthed.

The DRI, in a voluminous report prepared in 2014, had alleged that various related entities of the Adani group had conspired among themselves to siphon off around Rs 6,000 crore abroad. Most of this money the companies had procured as loans from public sector banks. Like in the case of over-invoicing of coal imports, inflated invoices were cooked up to artificially raise the price of imported power plants. Just weeks before the 2014 Lok Sabha election, acting on a DRI report, a preliminary enquiry was initiated by the CBI against three Adani Group companies. On May 17 last year, I wrote to the CBI and Enforcement Directorate (ED) inquiring about the status of the pending investigation.

I also wrote to the CBI, ED and prime minister’s office about the alleged scams by Essar, Adani, Ambani and other energy companies. The complete DRI reports were attached with my letters. In Prannoy’s case, the CBI has admittedly acted upon the complaint of a private person. In this case, the complainant was the government’s own agency, the DRI.

As expected, neither the PMO nor the CBI or ED responded. However, I received a communication from the finance ministry dated June 23, 2016 which said that my complaint to the PMO had been referred to the Central Board of Excise and Customs and the ED. A time-tested technique of passing the buck, with one department forwarding the complaint to another.

Not satisfied, I again wrote to the PMO on July 25, 2016, asking why it did not ask the CBI to furnish an action taken report. I argued that it was the DRI, the apex intelligence wing of Indian customs, which had put together evidence of corruption, money laundering and siphoning of public money. Two years after the reports were prepared, the CBI had not not taken any demonstrable action, I wrote. Again, there was a deafening silence.

Lalitgate, Vyapam scam, Mallyagate and Bank NPAs are some of the other egregious examples of the CBI shielding those who have powerful connections.

Even the most ardent supporter of Modi would feel uncomfortable about the functioning of law enforcement agencies. Has public trust in the CBI been restored? Has Modi’s CBI reined in big ticket corruption? These questions have become even more pronounced after the recent raids by CBI on Prannoy, the promoter of private news broadcaster NDTV.

The evidence suggests that under Modi, the CBI has transformed from being a caged parrot to BJP’s trained rottweiler. Modi’s CBI not only shields its masters, it also goes all out to ruthlessly fix its masters’ opponents. This will have far-reaching consequences for Indian democracy. What arbitrary and motivated action like the FIR and searches against the Roys does is deflect public attention away from more substantive issues of public interest like money-laundering charges against the likes of Adani and Ambani, who are considered close to the regime.

The high-handed action against Roy is also designed to instil fear in the heart of detractors and dissenters. Judiciary, bureaucracy, media, civil society, all have been served a message: FIRs, searches, interrogation, media trials, police custody and even jail is the price you pay for raising your voice. The process itself is punishment. So, join the lavish Modi party; you can even have your fingers in the till. Otherwise, the CBI, ED, IT Department et al will be let loose on you.