Beyond Modi: How the BJP Won Gujarat

With conservatism dominating the state’s politics since the 1930s, Gujarat's rightward tilt is thanks to Sardar Patel, Morarji Desai and K.M. Munshi. 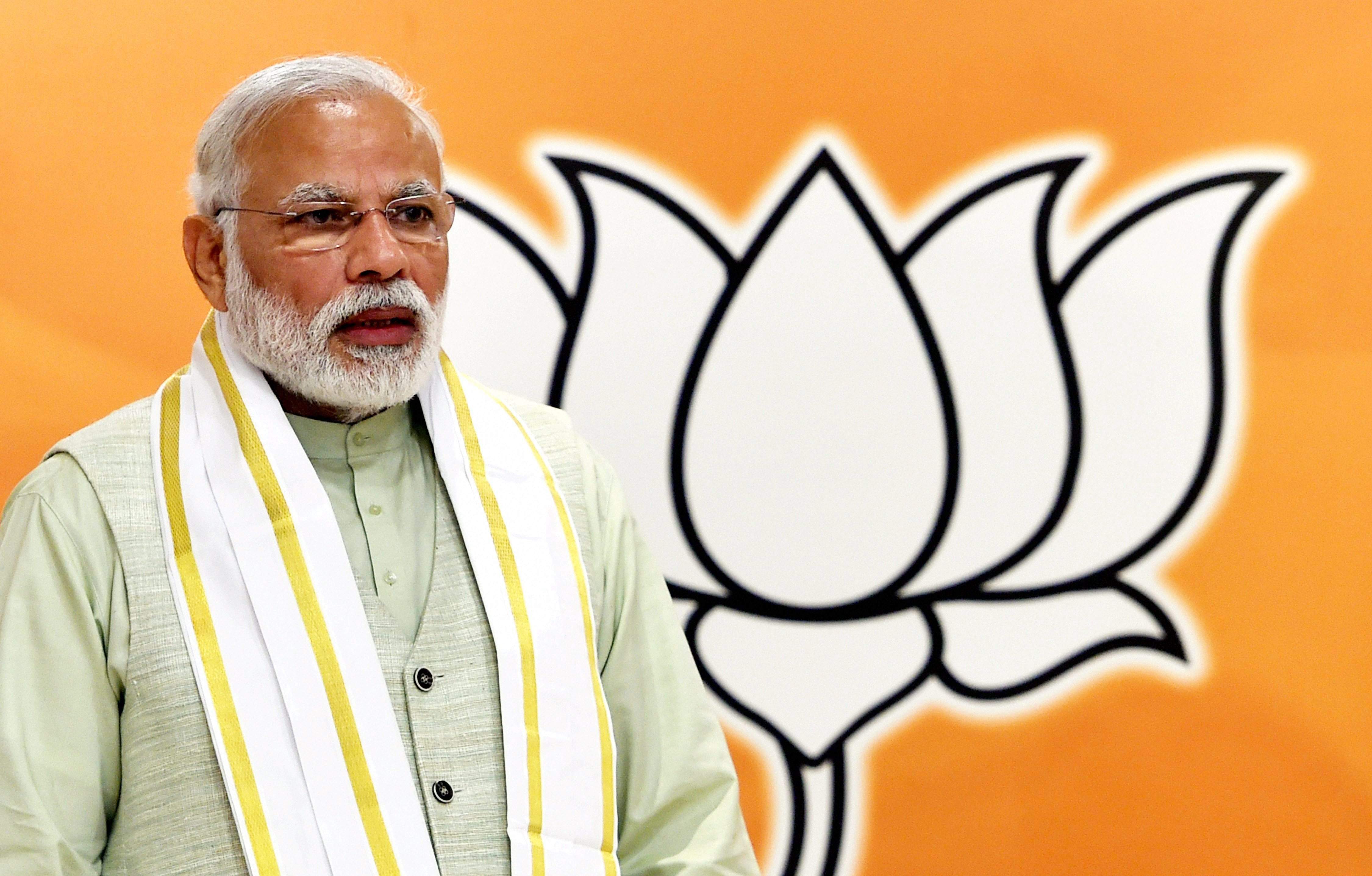 Narendra Modi’s role in the recent victory of the Bharatiya Janata Party in Gujarat – for the sixth consecutive time – cannot be over-estimated. Neither can his role in building the party – which he joined in 1987 as one of the secretaries in Gujarat – be stressed enough. With the advent of Modi under the tutelage of L.K. Advani, the BJP first started winning municipalities like that of Ahmedabad. It then went on to win more battles at elections. By 1991, Modi had come to be recognised as a mover and shaker in the Gujarat BJP.

That the en masse shifting of the Patidar vote bank to the BJP first resulted in giving a boost to the party is well known. The Patidars were miffed by the Congress’s policy of reservations, which left them out. After that, the Ayodhya movement (Advani’s rath yatra began at Somnath at Gujarat) helped to push Hindu voters in the state towards the BJP.

But this is not the entire truth about the BJP’s success in turning Gujarat into an (almost) invincible fortress of the party – one that it can retain in spite of anti-incumbency of 21 years or more. Gujarat’s polity took a rightward tilt much earlier, from the Congress time, when Gujarat did not even exist as a state of India. From the 1940s, if not the 1930s, the Gujarat unit of the Congress (the Pradesh Congress committees of the Congress were organised on linguistic lines much before independence) had taken a rightward, conservative tilt. The party in Gujarat was strictly controlled by Sardar Vallabhbhai Patel, who managed to even dominate Mahatma Gandhi. In those days, the Gujarat unit of the party was led by Indulal Yagnik (who many years later launched the Mahagujarat Andolan that led to the creation of Gujarat). Yagnik had settled in Ahmedabad to work closely with Mahatma Gandhi from the time the latter returned from South Africa. In the course of time, Yagnik had become the secretary of Congress for Gujarat. Yagnik was a man interested in the uplift of the lowest section of society like Dalits and Adivasis and wanted to fight against the atrocities of small time village officers. But he soon ran into obstacles and in the end had to quit his position. He gave in his resignation and Mahatma Gandhi accepted it, noting that Bhai Indulal and Sardar Patel could not work together because of their ‘different natures’. 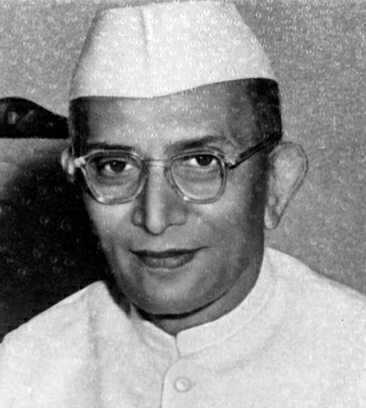 After the demise of Sardar Patel, the Gujarat Pradesh Congress Committee (PCC) came under the iron grip of Morarji Desai. An officer of the Bombay Provincial Civil Service, Desai was deputy collector of Godhra when a riot broke out between Hindus and Muslims in 1927. Desai was accused of siding with the Hindus. He was transferred out and an inquiry ordered against him. He was let off but his seniority was reduced. At this point, in 1930, Desai quit the civil service and joined the freedom struggle under Gandhi.

An ultra-conservative pro-business politician, Desai became chief minister of Bombay province in 1950 and continued till 1958. The province essentially combined present-day Maharashtra and Gujarat in one administrative unit. It is at that time that the Samayukt Maharashtra movement and the Mahagujarat Andolan reared their head. Desai did not want a separate Gujarat, which he thought would collapse without Bombay. In reality, he was being prodded by the industrialist lobby of Bombay, which wanted Bombay to go its own way. As chief minister, he came down heavily on both the movements. But in 1957, Yagnik won the Lok Sabha seat from Ahmedabad hands down and many of his associates in the Mahagujarat Andolan became MLAs on independent tickets. During that time, Desai could never address a public meeting in Ahmedabad.

Largely due to Yagnik’s efforts, Gujarat became a separate state in May 1960. But Yagnik – who used to describe himself as a man of the footpath – refused to convert his movement into a political party even though people thought he would become the chief minister. However, he won multiple Lok Sabha elections as an independent candidate and died in 1972 as a sitting MP. Many of his associates joined parties like the Praja Socialist Party.

With Yagnik’s reluctance to participate in power politics, Desai was back in the game. He wanted to foist his man as the first chief minister of Gujarat. But Jawaharlal Nehru foiled him and placed the liberal Jivraj Mehta in the job. Within a year, Desai had maneuvered Mehta out and even Nehru was powerless. Desai’s hegemony over Gujarat politics continued till the Congress party split in 1969 over national issues. Most of the Gujarat Congress remained with Desai, as Congress (O), with the ‘O’ standing for ‘organisation’.

However, in the state assembly polls which followed in 1972, Indira Congress won 140 of the 168 seats – which is more than 83% of the seats. By this time, Indira Gandhi had nationalised the banks, broken Pakistan in two and given her clarion call for ‘Garibi Hatao’ – an end to poverty. Her party was now appealing directly to the less empowered castes and sections and this paid handsome electoral dividends. But this was not to last long. Her choice of Chiman Patel, a rough and ready chief minister with a questionable reputation, proved to be detrimental. Chiman Patel got enmeshed in corruption charges even as the Navnirman movement led by college students and supported heavily by members of Desai’s party and the Jana Sangh brought the state to a standstill. Chiman Patel was ousted but the agitators would not allow any new government. MLAs from Congress (O) and the Jana Sangh resigned and agitators started forcing Indira Congress MLAs to quit. President’s Rule was clamped and the assembly put in suspended animation. But Desai wanted more: he did not want 140 Congress MLAs in a house of 168. He went on indefinite fast, forcing dissolution of the house. For many from the lower castes, this was a case of the establishment stopping power from being devolved to those in the lower echelons of society.

Also read: The Call From Gujarat: BJP Can Be Undone in 2019

Even as the Emergency intervened at this time, Jinabhai Darji, a tailor by caste, became the Pradesh Congress chief. He along with Madhav Sinh Solanki, a Kshatriya of lower denomination, whose education had been funded by Yagnik, whipped up a new caste combination of Kshatriyas, Harijans, Adivasis and Muslims – KHAM – to counterbalance the ruling higher dispensation of Brahmins, Vanias and other upper castes who ruled the roost. The latter not only controlled politics but also the social ethos and influenced food habits (vegetarianism). Solanki was appointed in the Emergency and went out during the Janata period but came back in the 1980 elections with 141 seats out of 182. He now went full throttle with giving reservation to backward communities in education and jobs. There was an upper caste backlash and riots too but in the 1985 elections Solanki produced an even greater majority. The Congress won 149 seats out of 182, or 81% of the seats. But trouble was on its way. The state was convulsed by violent anti-reservation riots that led to heavy destruction and loss of life. In three months, Solanki was ousted out of power. The riots were an upper caste reaction to a proposed backward class empowerment move that cooked the goose for the Congress in Gujarat, forever. 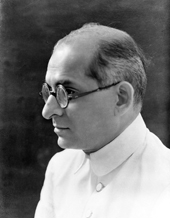 Aiding the BJP was of course the Ayodhya movement, which gained traction from Somnath on Gujarat’s coast. The temple, destroyed multiple times in medieval India by marauding invaders, was reconstructed at the instance of Sardar Patel but largely because of the energetic efforts of a Congressman, K. M. Munshi, who was food and agriculture minister in Nehru’s cabinet. An eminent Gujarati fiction writer, Munshi first coined the term ‘Gujarati Asmita’ (Gujarati pride), and his books like Jaya Somnath and Gujarat Nu Nath influenced a whole generation of Gujaratis. About Somnath he said: “For a thousand years, Mahmud’s destruction of the shrine has been burnt into the collective sub conscious of the Hindu race as an unforgettable national disaster.” Munshi was a greater follower of Sardar Patel but as the demand for Pakistan gathered momentum, he gave a call for civil war to convince the Muslims to give up their demand for Pakistan. For this he was asked to leave Congress but re-entered the party a few years later. In 1959, he left the Congress to join the Swatantra party but in 1964 presided over a key meeting where the decision to form the Vishwa Hindu Parishad was taken.

It is on the shoulders of such men – Sardar Patel, Morarji Desai and K.M. Munshi – that Modi and BJP stood and won Gujarat. The irony is that Modi, who speaks of himself as backward caste by birth, has benefitted from the legacy of upper caste politics to catapult to a position of strength. And the BJP itself now has a lot of lower caste adherents in the state.

Kinsgshuk Nag is a former resident editor of the Times of India in Ahmedabad and author of a book on Narendra Modi.