A two decade-long history of using false allegations, faked evidence, videos and news to manipulate public sentiment proves that the BJP will stop at nothing to ensure its return to power. 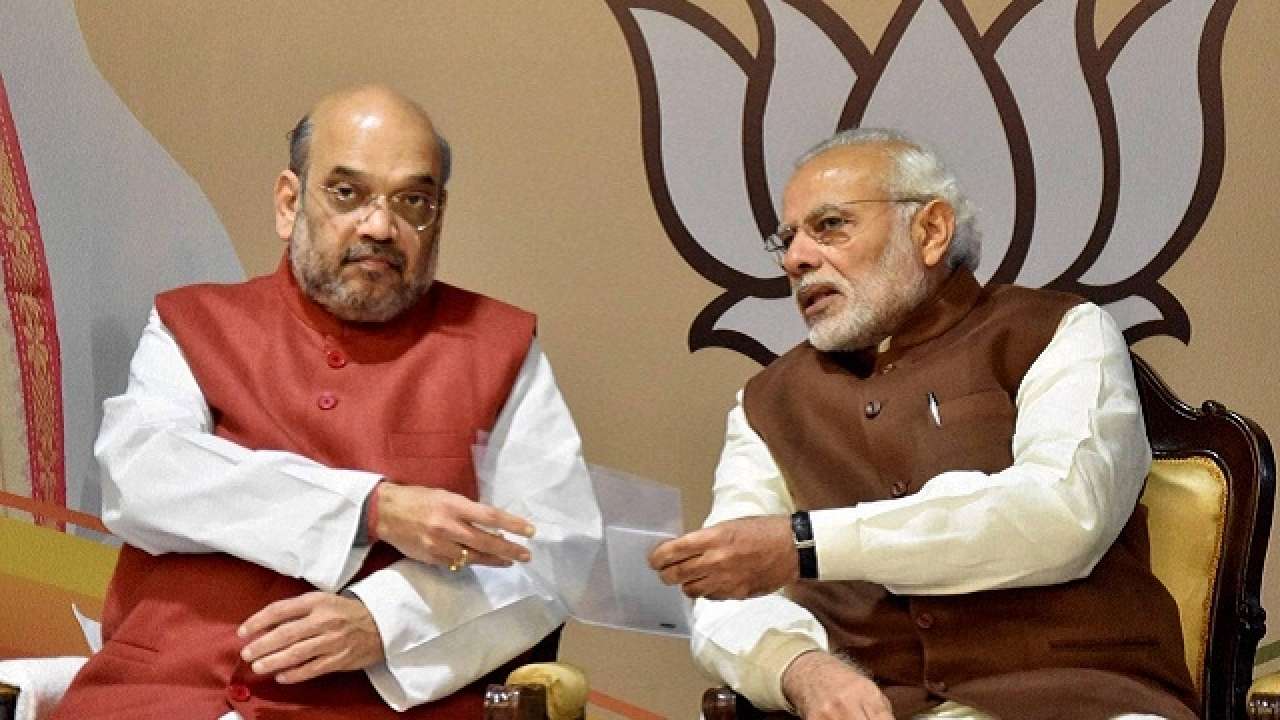 At first sight, the Centre’s decision to whisk the case against nine well known and respected civil rights activists, of inciting rebellion against the Indian State at the 200th anniversary of the Bhima Koregaon battle on January 1, 2018, and give it to the National Investigation Agency looks like another high-handed act by a government that has shown little regard for the Constitution, the law, and due process so far.

But if we allow ourselves to believe this, we will become victims of a deliberate misdirection that is intended to hide an even more egregious violation of the law by an elected government. This is the fabrication of a fake letter purporting to show that the five activists were planning to assassinate Prime Minister Narendra Modi, in order to indict and discredit those whom it considers its enemies.

Had the Maharashtra government been allowed to set up a Special Investigation Team (SIT) to examine the case against Sudhir Dhawale, Surendra Gadling, Mahesh Raut, Shoma Sen, Rona Wilson, Sudha Bharadwaj, Vara Vara Rao, Vernon Gonsalves and Arun Ferreira, it would have revealed that the letter was a fake and the charge against the activities a crude concoction by a lawless government. That is something PM Modi and home minister Amit Shah, who already have too many skeletons in their closets, simply could not afford.

The letter was allegedly recovered from the house of Rona Wilson, the Delhi-based public relations secretary of the Committee for Release of Political Prisoners (CRPP) and an inveterate campaigner for prisoners’ rights. Written by someone who signs off as ‘R’, it falls into two completely separate sections with not a single connecting word, reference or idea.

The first section – one single long paragraph – is a “nuts and bolts” discussion of tactics between “comrades”, where every word suggests that it is a part of a continuing conversation over day-to-day issues facing the party leadership. It contains numerous references to past meetings and decisions, to the need to provide relief to Maoist prisoners languishing in jails in Delhi, Maharashtra, Jharkhand, Odisha and Chhattisgarh and to the legal strategy to be employed in their defence. It derides a key Maoist leader “Prashant’ and accuses him of foisting an “egoist agenda” upon the party that has ‘harmed its larger interests”.

It gives details of a programme formulated to defend the wheelchair-bound and 90% disabled professor of English from Delhi University, G.N. Saibaba, who was sentenced to life imprisonment by a sessions court in Gadchiroli, Maharashtra, in March 2017 and to mobilise public opinion in his defence.

But at the end of this paragraph, the letter switches registers and refers to a meeting that discussed the need to raise Rs 8 crore to be exchanged for the next batch of M4 rifles and 400,000 rounds of ammunition, at “the APT crossover”.

This sudden and stark jump from a mundane discussion of how to raise funds to fight for the release of  ‘comrades’ in jail, to an equally casual discussion of what has to be the most closely guarded secret in the entire Maoist itinerary – when, from where, and by whom arms and ammunition will be procured, and how much will have to be raised to pay for them – is suspicious to say the least. What makes it even more suspicious is that the letter is dated April 17, 2017, while the arrests were made in June 2018. Would any Maoist worth the name have preserved such a dangerous letter for such a long period of time, particularly when it contains no specific instructions and its discovery could mean the end of the life he has known?

But it is the second paragraph, however, that confirms beyond serious doubt, that the letter is a fake. For not only is it nothing more than a grand, airy, declaration of strategic aims devoid of tactical detail, but it contains a mistake that not even a new recruit to the CPI (M-L), much less Rona Wilson, or the mysterious writer of the letter –“R” – is capable of making.

It begins by saying that “defeating Hindu fascism has been our core agenda and a major concern for the party”. This is factually and textually wrong. The aim of the Maoists has always been “to overthrow the government of India through people’s war”. Its opponent is not specifically Hindu fascism, but any “bourgeois” government that oppresses the poor.

Second, while the first section talks about other senior party members in familiar terms, using first names like Bijoyda, Prashant, Ashok B., Amit B. Seema, Siraj and Sirohi, the second contains only one reference to a specific person. It says, “Several leaders from secret cells as well as open party organisations have raised this issue very strongly. We are working to consolidate ties with like-minded organisations, political parties, representatives of minorities across the country”. It then goes on: “Comrade Kisan, and few other senior leaders have proposed concrete steps to end Modi Raj. We are thinking along another Rajiv Gandhi type incident”.

This allegation does not contain a single specific reference, but seeks to incriminate each and every “secular” political party NGO, and human rights activist in a plot to assassinate the prime minister. But it then makes one gigantic mistake: It claims that this has been endorsed by one “Comrade Kisan”. The purported letter writer shows no awareness that Comrade Kisan is the very person whose “egoist agenda” he has derided a few lines earlier. For Kisan and Prashant are one and the same person — Prashant Bose, reportedly the second in command of the Maoist movement in the country.

Why should ‘R’ have used two different names for the same person in an internal report to a fellow Maoist leader? It could be that he had a momentary loss of memory. But it could also be that the second section was drafted by someone who did not know that Prashant and Kisan are the same person. 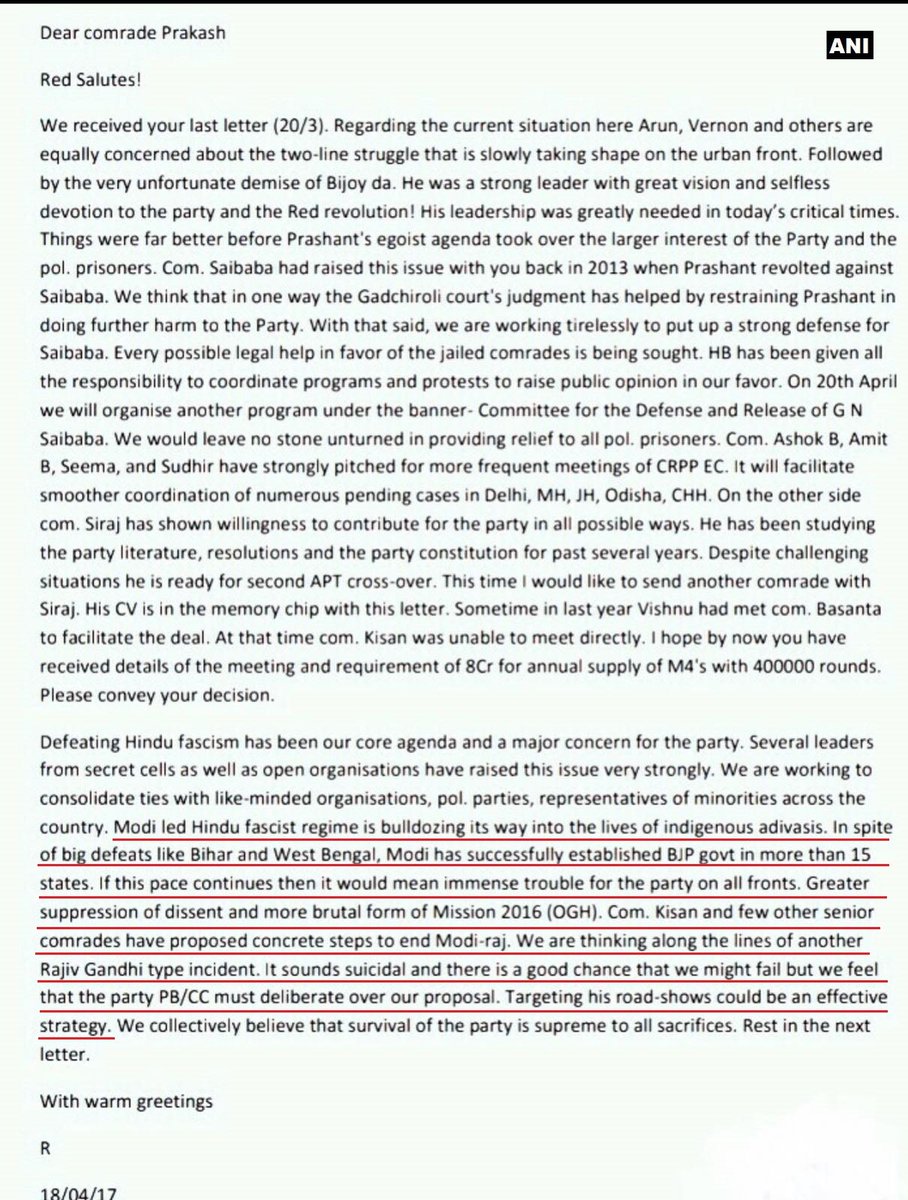 The letter allegedly written by a Maoist leader, which the police claim they recovered from Rona Wilson. Credit: ANI

Had this been the lone episode of its kind, one might have given the Modi government the benefit of the doubt. But the BJP’s record of concocting fake videos over the past five years makes it difficult to do so. 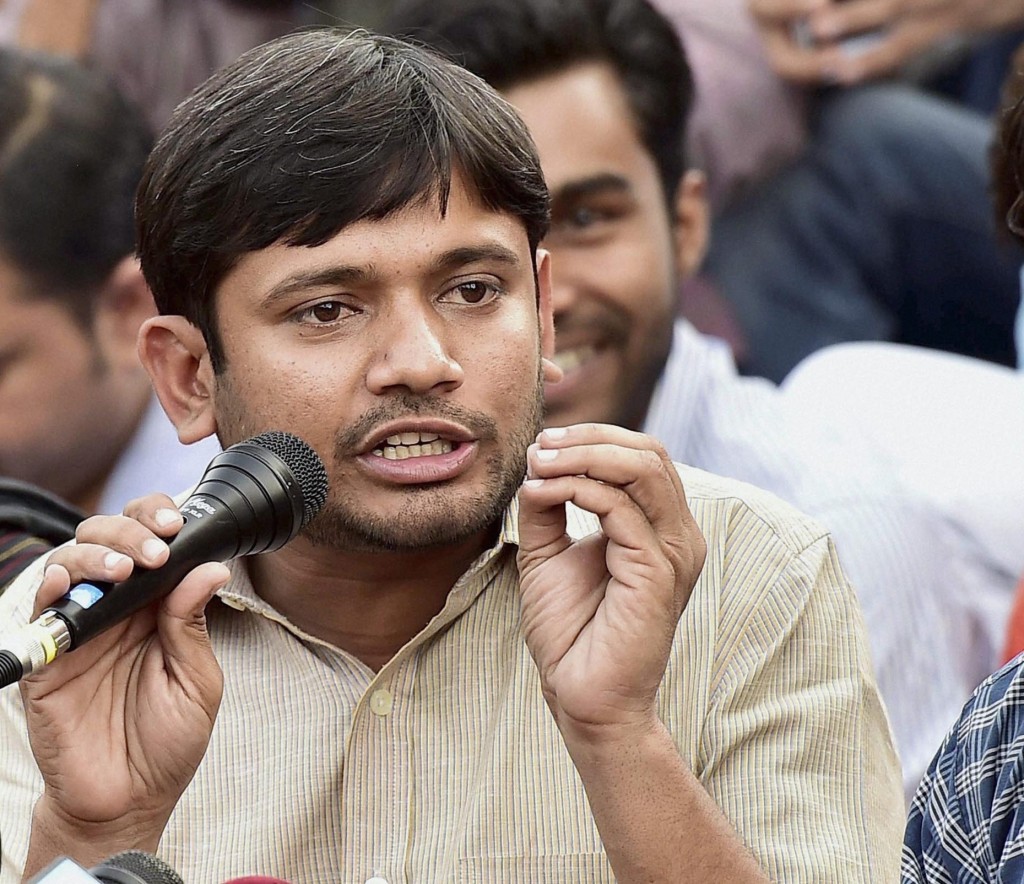 On February 11, 2016, the Delhi police had arrested Kanhaiya Kumar, the then president of the Jawaharlal Nehru University Students’ Union on the charge, itself questionable, of raising anti-India slogans during a speech on the campus two days earlier. In a forensic examination carried out at the beginning of March by Truth Labs in Chennai, the video was found to have been doctored, with voices of people who had not been present at the meeting overlaid upon Kanhaiya Kumar’s at a crucial point. By then, Kanhaiya Kumar had been beaten up and humiliated by lawyers belonging to the RSS’ Adhivakta Sangh in a police station while the police stood by and watched, and spent 17 days in jail.

In June last year, when the prime minister was on a visit to the US, and had been invited to a “working dinner” by President Donald Trump, the image makers of the BJP uploaded a video of Modi’s cavalcade driving through the empty, heavily-policed streets of Washington DC to the White house with a caption claiming that this was how Modi had made the US respect a nation of 1.3 billion people. The video was later found to have been of a cavalcade of former US president Barack Obama driving through the streets of San Francisco in 2010.

Finally, two fake videos surfaced on the eve of the Gujarat assembly elections in December last year. Days before the final round of voting, a fake video began to circulate on YouTube, showing Rahul Gandhi signing his nomination papers at the party office in front of a portrait of Aurangzeb. The video had been morphed from the real footage which showed that the portrait was of Mahatma Gandhi.

Hard on its heels, on December 4, NewsX aired an ‘exclusive’ of a Facebook post which purported to show a retired “Pakistani army Director -General who served in its intelligence” – one Arshad Rafiq – declaring gleefully that ‘their man’ Ahmed Patel was soon going to become the chief minister of Gujarat. The post contained a clip of Rahul Gandhi wearing a Muslim skull cap and saying “Mubarak”. When contacted by the Indian Express, Rafiq, who once posted a photo of himself holding a cigar and telling ‘all smoking friends’ that smoking after keeping Roza (fasting during Ramzan) was a pleasure not to be denied, said that he had not written any post on Ahmed Patel, but added “Par agar Modi saheb apney shikhast ka sehra mere sar pe bandhna chah rahey hain (if Modi wants to give me credit for his defeat), he is most welcome”.

This cynical use of false allegations, faked evidence, faked videos and faked news, shows that the BJP will stop at nothing to ensure its return to power. The Modi government’s decision to take the investigation of the case against the activists away from Maharashtra shows that it no longer feels that it can afford any more such exposures.

Note: This is an updated version of an article that originally appeared on June 15, 2018.