On January 27, non-Bodo groups have called for a bandh opposing the Accord. Modi has had to cancel two earlier trips to the state since December. 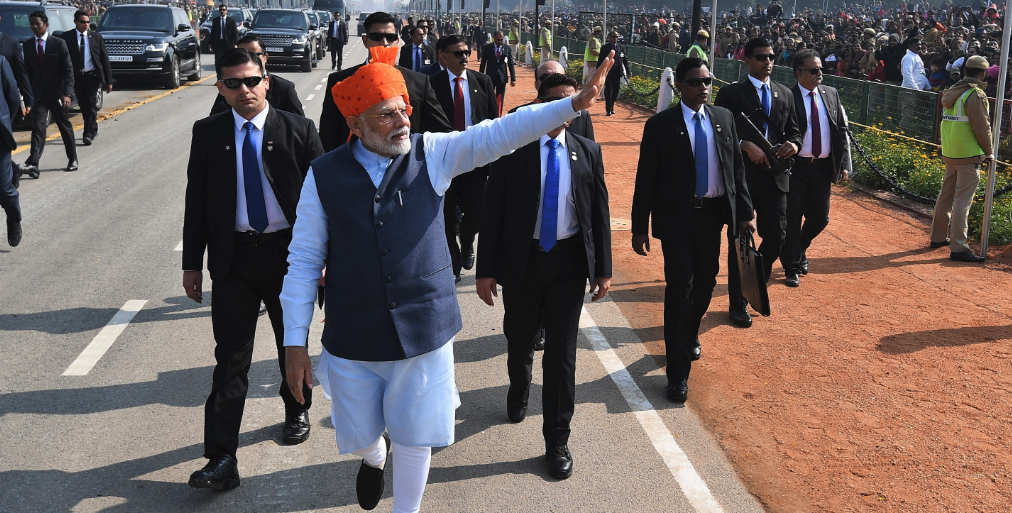 New Delhi: After having called off two planned trips to Assam since December 2019 over massive protests against the Citizenship Amendment Act (CAA), Prime Minister Narendra Modi will finally set foot on the state on February 7.

Modi would, however, visit only the Bodo areas and avoid parts of the state where anti CAA protests have continued.

In December, Modi was to visit Guwahati to attend the India-Japan Summit, which was eventually called off due to the protests. In January, though the state government invited Modi to inaugurate the Ministry of Sports’ annual flagship event, Khelo India, Modi skipped it, reportedly to avoid anti-CAA protesters.

This marked the first time that the prime minister skipped the inaugural Khelo India function since its inception in 2018.

Notably, the Centre has kept areas under the Bodoland Territorial Region (BTR) exempted from the CAA, along with the Karbi Anglong and Dima Hasao districts of Assam as they too come under two other territorial councils governed by the Sixth Schedule of the Constitution. However, anti-CAA protests have taken place in the BTR areas too, mainly comprising non-Bodos, who are in a majority in the BTR.

Latest news reports from Guwahati have it that Modi, along with Union home minister Amit Shah, will attend the rally in Kokrajhar in the BTR on February 7. The rally will be held in celebration of the recent peace accord signed by the Centre with a set of Bodo organisations and armed groups. The Accord is third in a row since 1993 to bring peace to the region in western Assam, bordering Bhutan.

Though the BJP, in its manifesto in 2014, had promised to carve out a separate state of Bodoland, as per the demands of a large number of people from the community, it is yet to keep the promise. This led the All Bodo Students Union (ABSU) to conduct a series of protests, rallies and blockades, leading to the present Accord. One of the signatories of the Accord, sealed in New Delhi on January 27, is ABSU president Pramod Boro.

Ushering in a new dawn of peace, harmony and togetherness!

Today is a very special day for India.

The Accord with Bodo groups, which has been inked today will lead to transformative results for the Bodo people. pic.twitter.com/Y0QYlWvYqU

Another signatory to the Accord is the armed group National Democratic Front of Bodoland (R) chief Ranjan Daimary, who was sentenced to life imprisonment in January 2019 due to his role in the 2008 serial blasts in Guwahati. The blasts had claimed 88 lives. On January 25, Daimary was released from the Guwahati jail on bail at the behest of the Central government, so he could be sent to New Delhi to sign the accord.

As per the new agreement, 1,625 cadres have laid down their arms at a function organised by the government in Guwahati.

However, opposing the Accord, Kokrajhar Lok Sabha MP Naba Sarania, a non-Bodo, said at a press meet in Guwahati on January 27, “As per the information which I have with me, some of the militant leaders from the NDFB wanted to come out from the shadows and join the peace talks almost two years ago. Why was there a delay? Why was there such a hurry in granting bail to Daimary from an NIA case and who is responsible for the dreaded bomb blasts that killed hundreds? What kind of democracy are we teaching to the new generation? This is a political conspiracy.”

On January 27, the non-Bodo groups called for a bandh opposing the Accord. Although Pramod Boro has told local reporters that non-Bodos living in the Bodo Territorial Region (BTR) “have nothing to fear”.

This past February 1, state finance minister Himanta Biswa Sarma took to Twitter to announce that his government has invited Modi to visit Kokrajhar, the BTC headquarters, to celebrate the signing of the new Bodo accord. He also reportedly visited the town and discussed details of the PM’s visit with leaders of Bodo People’s Front (BPF), an ally of the BJP and part of the Sarbananda Sonowal government.

On February 2, senior IPS officer G.P. Singh, sent by Ministry of Home Affairs to take over the law and order of the state after the massive anti-CAA protests broke out there, tweeted photos of him reviewing preparations of the prime minister’s visit along with Sarma and Hagrama Mohiliary, BTC chief and head of the Bodo People’s Front, an ally of the BJP.

The police officer said, he was”privileged” to be accompanying minister Sarma to review the preparation of the event.

Mohiliary had laid down arms to sign the second Bodo Accord in 2004 with the state and Central governments at the time and began heading a set of five contiguous districts brought under Bodoland Territorial Council (BTC). A known adversary of ABSU president Pramod Boro, Mohiliary seemed cautious about the new accord. He told reporters that he “expected much better and upgraded accord than BTC but the new accord is virtually a degraded form [of the old accord] as there is no financial clarity, direct funding, and expansion of territory.”

He also said his party has invited one lakh people from each of the districts to the Modi rally and was expecting a crowd of five lakh people.