He said the government would stick to them 'despite pressure'. 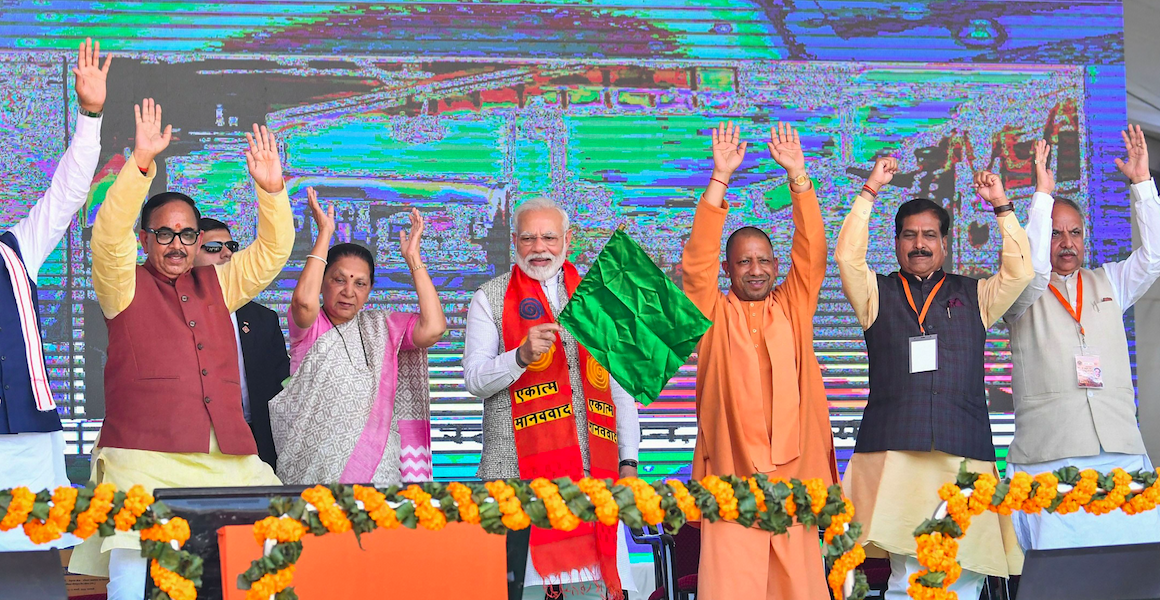 Varanasi: Prime Minister Narendra Modi on Sunday said his government’s moves to scrap Article 370, which granted Jammu and Kashmir its special status, and that of bringing the Citizenship Amendment Act had been long awaited ones. He said the government would stick to them ‘despite pressure’.

India has been on the receiving end of global censure for the former, which the latter has led to countrywide protests.

“Be it the scrapping of Article 370 from Jammu and Kashmir or the Citizenship Amendment Act (CAA), the country waited for decisions on these for years,” he told a public meeting at Varanasi during a day-long visit to his Lok Sabha constituency.

“These decisions were necessary in the interest of the nation. Duniya bhar ke saarey dabao ke bawjood, inn faislon par hum qayam hain aur qayam rahengey (Despite pressure from all sides, we remain firm on these decisions and will continue to remain firm,” Modi said.

Provisions of Article 370 of the constitution were unilaterally read down by the government in August last year. Modi did not mention the prolonged detention and the booking under the Public Safety Act of three former chief ministers of Jammu and Kashmir, along with several other prominent leaders.

Modi also referred to the trust set up for the construction of the Ram temple in Ayodhya and said that it would work “rapidly”.

He said that after setting up of the trust, the work on the construction of ‘Ram dham’ will start fast and added that his government has also decided to transfer 67 acres of land to said trust.

The government had recently set up the Shri Ram Janmabhoomi Teerth Kshetra on the Supreme Court’s directive to the Union government to form a trust that can look into the construction and management of the temple.