Mahendra Singh pointed out three instances of the Prime Minister’s alleged transgressions and asked why the EC acted against Yogi Adityanath but spared Modi.

New Delhi: A citizen has alleged that the Election Commission (EC) has refused to act on his repeated complaints about the Prime Minister’s alleged violations of the model code of conduct (MCC). He also said the EC has not uploaded his complaints to its web portal.

Mahendra Singh, president of a registered trust, the West Bengal Forum for Mental Health, said the EC has maintained a “studied silence” on repeated ‘violations’ of the MCC by the prime minister – especially through his references to the armed forces.

Singh said his first complaint against Modi was filed on April 9, during a rally at Latur in Maharashtra. The PM made appealed to first-time voters to dedicate their first vote to the Indian Air Force team that carried out the air strike in Pakistan and also to the CRPF personnel killed in the Pulwama terror attack.

In his complaint, Singh wrote that the EC had told all political parties to refrain from referring to the defence forces and jawans. “However, PM has ignored the direction of the Election Commission and violated the MCC,” he charged.

Also Read: The Lack of a Legal Status for the Model Code of Conduct Leaves Room for Ambiguity

Singh also held that the PM’s remark was in violation of the EC’s directions to not use achievements of India’s armed forces for political campaigning. He urged the poll panel to verify the speech and take action against the PM.

The EC has not responded.

EC assures action in two days, does nothing for a week

On April 12, Singh followed up the matter with a reminder to chief election commissioner Sunil Arora and the deputy ECs. He pointed out that while the acknowledgement to his complaint stated that action would be taken in two days, nothing was done. He was also surprised to find online that the status of the complaint said “default”.

Seeking a meaning of what default meant in this context, he urged the EC to “take swift and immediate actions to protect the dignity of the citizens and of the entire electoral process.”

But the complainant discovered that the mobile numbers were switched off and nobody answered the landline number.

He reminded the poll panel that it was duty-bound to act on the complaint. “I must remind you here that under the power given to you (CEC) by the constitution ‘nobody is above the law’ in case the person in question is violating the model code of conduct and directions issued by the EC. In case your office fails to take cognisance of the complaint, it will be termed as a ‘non-performance of duties’,” he wrote.

This at least stirred the EC into action.

On April 15, Singh received a call from the EC’s director, who assured him that the grievance would be looked into and resolved. He explained that “default means ECI officials have defaulted the said complaint”.

Also Read: Modi’s Deadliest Surgical Strike So Far Has Been to Politicise the Armed Forces

The same evening, Singh also received a message from the EC portal that his complaint has been disposed. On checking the status on the portal, he found it had been changed from ‘default’ to “Report Submitted to ECI on 14th April”.

But there was no information on action taken on his complaint. 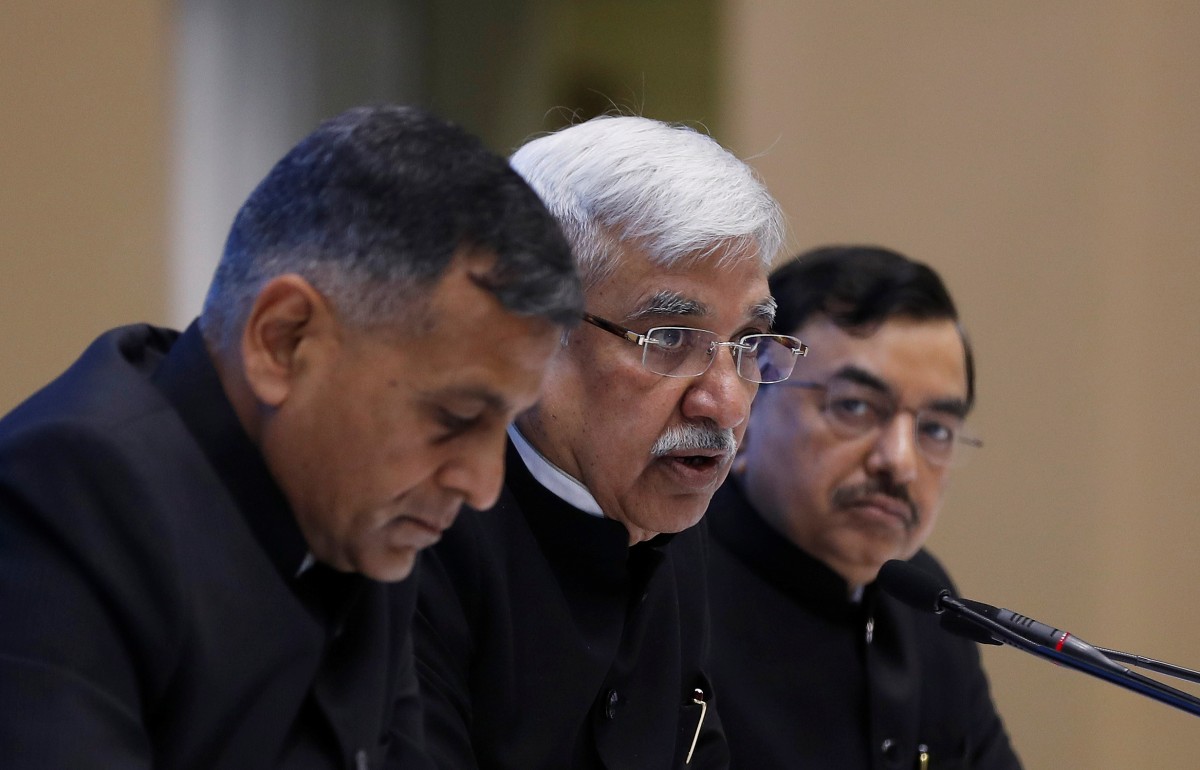 Modi referred to the armed forces in multiple speeches

On April 16, Singh sent his third reminder. He told the CEC and deputy ECs that while they waited on his complaint, the PM was “continuously taking advantage of non-action by Election Commission against its own direction of not to use the achievements of India’s armed forces for political campaigning purpose.”

Singh drew the attention of the EC to the PM again referring to the armed forces during a rally at Kathua in Jammu and Kashmir on April 14. This time, he pointed to a newspaper report, which stated, “India called Pakistan’s bluff with air strikes: PM Modi”.

Singh questioned why it has taken a week for the poll panel to act against Modi, who, he charged, was mentioning the armed forces repeatedly for “political purposes”.

“If the Election Commission can act against UP CM for a similar violation and direct him not to use references to the army for political purposes, why similar directions have not been issued to the PM?” he asked.

Finally on April 18, Singh sent his fourth reminder. This time, he said, after the Supreme Court observed that it was happy that the EC has found its power, he was hopeful of action on his complaint against the PM but so far, the EC had not been forthcoming.

He also mentioned that on April 17, the PM against used the Balakot airstrike for political purposes while addressing a rally at Balodabazar district in Chhattisgarh.

Singh asked if these acts of the PM are in violation of the provisions pertaining to unfair or corrupt practices under the Representation of the People’s Act, 1951.

On being asked why Singh’s complaint has not been logged on the website, an official said that the IT personnel would look into it.

Meanwhile, a look at the MCC complaints portal reveals only six complaints.