The attainment of universal adult franchise has had little bearing on actually transforming the labouring masses into equal stakeholders in a constitutional democracy. 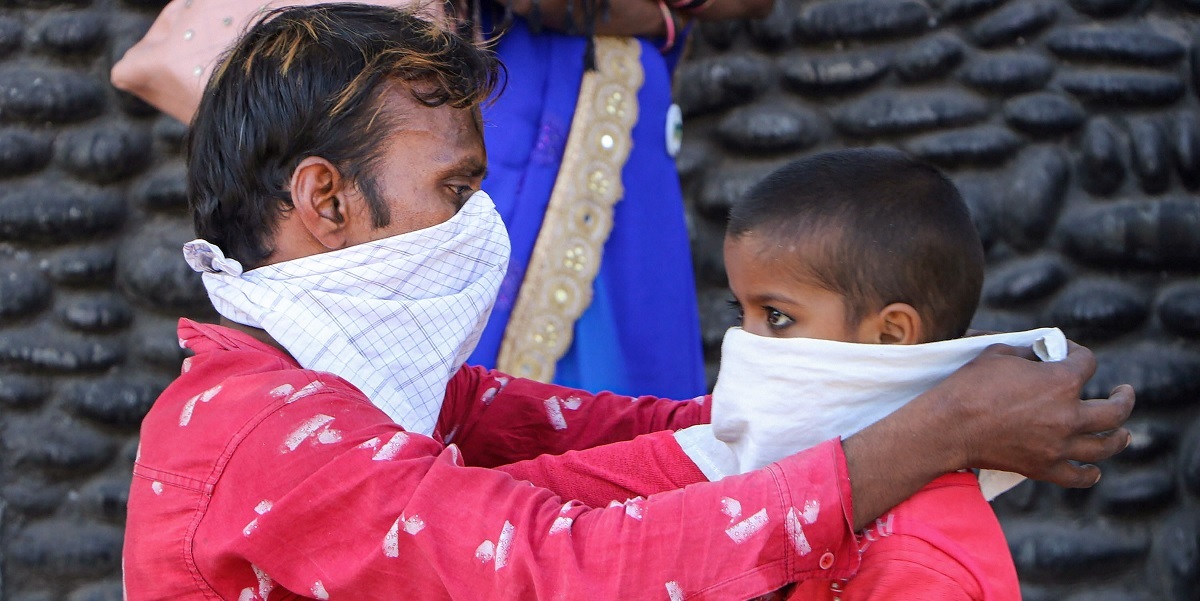 A migrant worker ties a cloth mask around his child's face as they prepare to board a train from Jammu to Delhi. Photo: PTI

The  migrant worker’s experience over the last month (and continuing) inescapably underscores a  painful paradox of India’s constitutional nationhood: the people are not the same as “We the People.” Seventy years of electoral democracy can be seen to have clearly failed in bringing about a correspondence between the two.

“We the People”  remain an enshrined abstraction, enabling the 1% to legitimise political power; in coalition with a supportive elite; the people, however, continue to be subjects of that coalition.

The liberal-capitalist covenant ushered in first by the French Revolution (1789) which overthrew monarchy was never intended to give any concrete or universal life to the slogans of  “equality, fraternity, liberty” but to create a miasma of egalitarianism that could shame the feudal histories of bygone centuries into political oblivion without making the sansculottes proprietors of freedom, or masters of their destiny. Why else would the attainment of the ideal of universal adult franchise take close to three centuries after that revolution to be realised—not by the consent of the new rulers but through the historic struggles of the bulk of the marginalised.

African Americans did not achieve that goal until 19 years after India’s political independence from colonial rule.

And, if the experience of our migrant workers tells us anything, it is this: the attainment of universal adult franchise has had little bearing on actually transforming the labouring masses into “We the People.”

A stark existential recognition confronts the crores of dispossessed migrant labour 70 years after the installation of our constitutional democracy: their misery has no owners, and economically and socially compatible members of the state-apparatus who wield their lathis on them are as much their oppressors as those who authorise the use of those lathis. 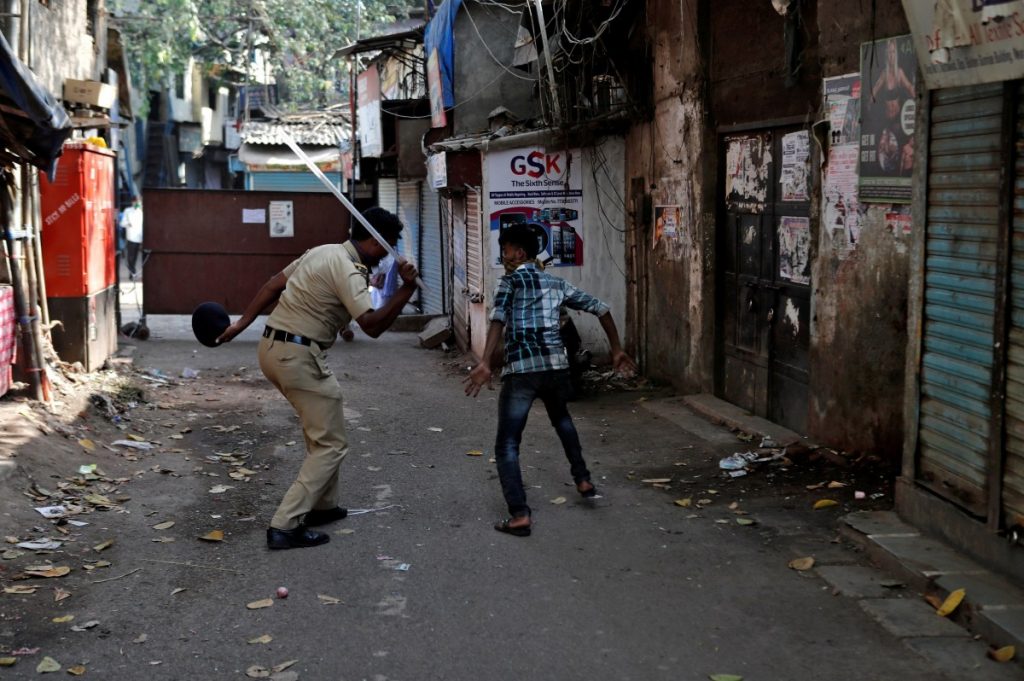 A policeman wields his baton towards a man for breaking the curfew, in Dharavi, Mumbai, April 11, 2020. Photo: Reuters/Francis Mascarenhas

It is another matter that at election times, their vote will be sought once again with appeals wholly disconnected and irrelevant to their objective terms of existence.

Speaking of institutions charged by the democratic system to protect the constitutional rights of citizens, the justice system has lately shown an inclination to protect not the citizens from the neglect or excesses of the executive, but the executive from what it thinks often the undue ruckus created by sections of citizens, stalling the commendable efforts of the executive. Indeed, just the other day, a court, extending bail of an undertrial, “directed” him to download the state-sponsored Aarogya Setu app as a condition.

Likewise, the bulk of the media considers the foregrounding of the misery of the migrant workers by some more conscientious sections as a “politicisation” of the issue on behalf of the opposition, aimed, allegedly, at discrediting the prime minister.

Any student of political science would know that as economic and political power-structures come to be disproportionately centralised, their ideological agenda comes to be the depoliticisation of the polity.   Political activity directed at foregrounding the plight of the downtrodden comes to be dubbed  “politicisation”, and the only politics that is allowed is such as is coterminous with the will of the authority. And we are invited to understand that the politics of the authority is wholly non-ideological and simply one with an unchallengeable truth.

So, while the classes rule in the name of “We the People,” the flesh-and-blood people trudge on thin air, effectively disenfranchised from claim to constitutional citizenship.

If a hundred or so citizens died in lines in front of banks during the episode of “demonetisation”, at least 400 migrant workers trudging the highways of the republic without food, shelter, medicine, drinking water, or money have thus far died in the process of that gruesome odyssey.

No diligent and thoughtful student of world history will argue that there may be political ideas better than the idea of democracy. The histories that have led us from slavery to feudal oppression to monarchy to fascism to Nazism to Stalinism, to theocracy, to, indeed, the authoritarianisms that now seek ascendancy in many parts of the world do not permit the luxury of rejecting the idea of democracy.

And yet, our current experience brings home with force once again the need for social and political movements whose objective must be, through peaceful, informed, determined and sustained praxis, to bridge the hiatus between the constitutional abstraction of “we the people” and the people who live and subsist in inhuman conditions.

Such movements will only be in line with the many that have in past years brought us out of the rule of legalised tyrannies of one kind or the other to the point of the principle of governance through universal adult franchise.

The unconscionable wretchedness of the migrant workers would have served a purpose were such movements to take shape, keeping violence at bay, and bringing home to our democratic political order the unacceptable failure to keep its own promises and covenants with the people in whose name if legitimises governance.

It must be deeply regretted that the coronavirus phenomenon put paid to the pan-Indian citizen’s assertions that had taken deep hold, occasioned by the issues related to the Citizenship (Amendment) Act (CAA) and the National Register of Citizens (NRC). Yet, the brazen rejection of the migrant worker mass by state agencies offers perhaps an occasion for reinventing our democracy in far larger and deeper contexts of the overall relationship between the state and polity, transcending specific issues merely.

It is to be hoped that the unbearable suffering we are witness to can become an opportunity to reinsert masses of disempowered citizens into India’s constitutional democracy.