The BSP chief has invited criticism from BJP leaders in the past for using public space to advance her political ideology. 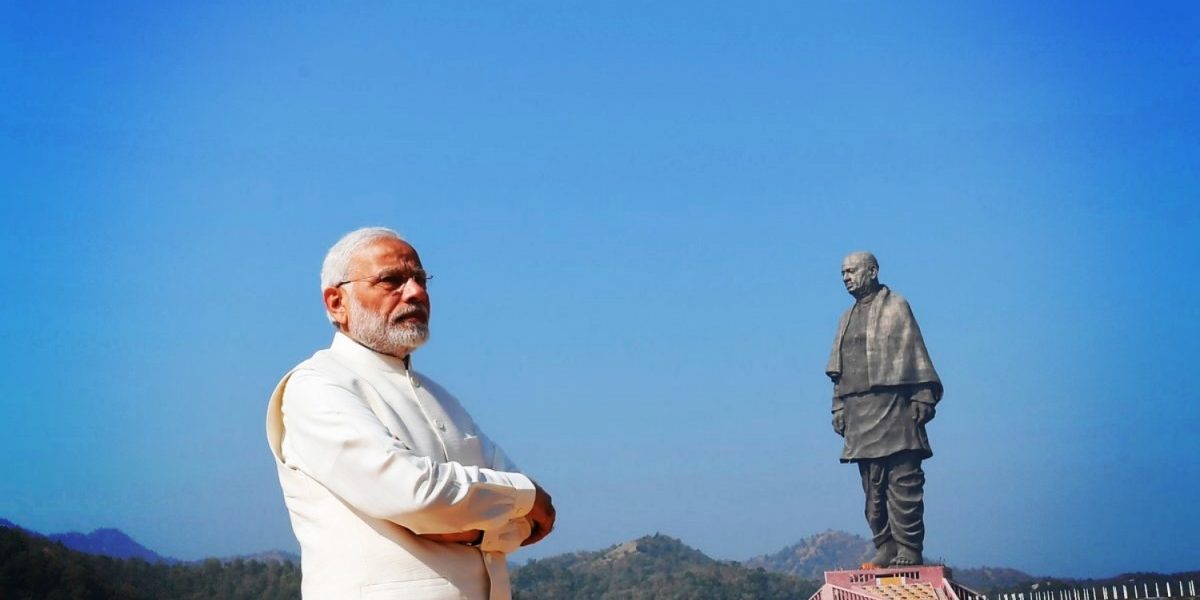 The BJP is facing criticism for its huge expenditure on Statue of Unity. Credit: PTI

Statues and memorials have always been integral to the politics of visual representation. This, perhaps, is also the reason why public monuments and architecture catalyse such passion and controversy. Some controversial issues are grounded in questions such as: Who are sponsoring these statues? Which communities and cultures do they represent? Are they disrupting the dominant political aesthetics of the times?

These are questions that come to mind as we watch the recent spectacles of statue building unfold before us. Soon after prime minister’s high-voltage launch of the colossal Sardar Patel statue in Gujarat on October 31, Uttar Pradesh chief minister Adityanath said his government is scouting for land to build a statue of Ram. If the BJP appropriated Patel as a symbol for its brand of nationalism, Ram has been at the centre of the Sangh parivar’s Hindutva politics for over two decades. “There will be a statue of Lord Ram here that would be a tourist attraction. Its particulars will be decided according to the land,” Adityanath said in Ayodhya on Tuesday.

The BJP’s recent penchant for building statues cannot but remind us of a different political culture around statues dominating public discourse at a different time. At the centre of that debate between 2007 and 2011 was the Bahujan Samaj Party (BSP) leader Mayawati. Then Uttar Pradesh chief minister, Mayawati was at the receiving end of the entire political class including the Bharatiya Janata Party (BJP) for her sponsoring of Dalit memorials and statues.

The memorial buildings and statues were commissioned by Mayawati during her four chief ministerial tenures between 1995 and 2012, a time when the visual aesthetic of public spaces was significantly transformed. It may be justifiably argued that these large-scale structures visually established a hitherto non-existent Dalit visibility in the state.

Mayawati, representing the communities at the lowest rung of the caste hierarchy, leveraged architecture to inspire her followers; to impress upon them their own power to achieve great things. That was at a time when OBCs and Dalits were asserting their political rights and demanding greater visibility and representation in public space and political life. The old aesthetic order of having memorials of a narrow segment of political leaders – most of them upper-caste and many from privileged backgrounds – was forced to make space for the underclass and lower caste leaders and ideologues.

Mayawati, many would agree, emblematised this important Dalit aspiration. But her detractors, particularly among the BJP, which is known to represent upper-castes, did not see merit in such a perspective. Their leaders slammed Mayawati for wasteful expenditure and for using public space to advance her political ideology. “In a democracy, if you say that you can spend the money as per your wishes, the people of the country will certainly raise their voice somewhere. I think the people of the state will surely give a befitting reply to Mayawati in the forthcoming Uttar Pradesh polls,” said BJP leader Rajiv Pratap Rudy.

Public memory is short. But some may even recall the Election Commission’s bizarre decision in 2012 to cover statues of the BSP’s election symbol, the elephant, in drapes in Lucknow on the eve of the assembly election. The idea being to not let voters set their eyes on the BSP electoral symbol. Whether or not it yielded results is anybody’s guess.

The critics then charged Mayawati for her lavish spending on building statues rather than hospitals and schools. Ironically, the BJP is now facing similar criticism for the huge expenditure on Statue of Unity. The Rs 2,989 crore, many have suggested, could have funded much-needed quality educational institutes, hospitals, irrigation schemes etc. Besides, thousands of displaced farmers and tribals have been protesting the government’s shoddy rehabilitation projects, absence of jobs and land promised to them in compensation, could be paid back using this money.

Mayawati rebuffed her critics by citing the historic invisibility of Dalits in public representation and art. She argued that Dalit memorials and statues were undoing a historic injustice. She was making her community visible and creating spaces for them to take pride in. That controversy represented a case of dominant vs suppressed culture; a case of claiming public space where none existed before. Much of the acrimony then revolved around two monuments, the Ambedkar Memorial and the Prerna Kendra. 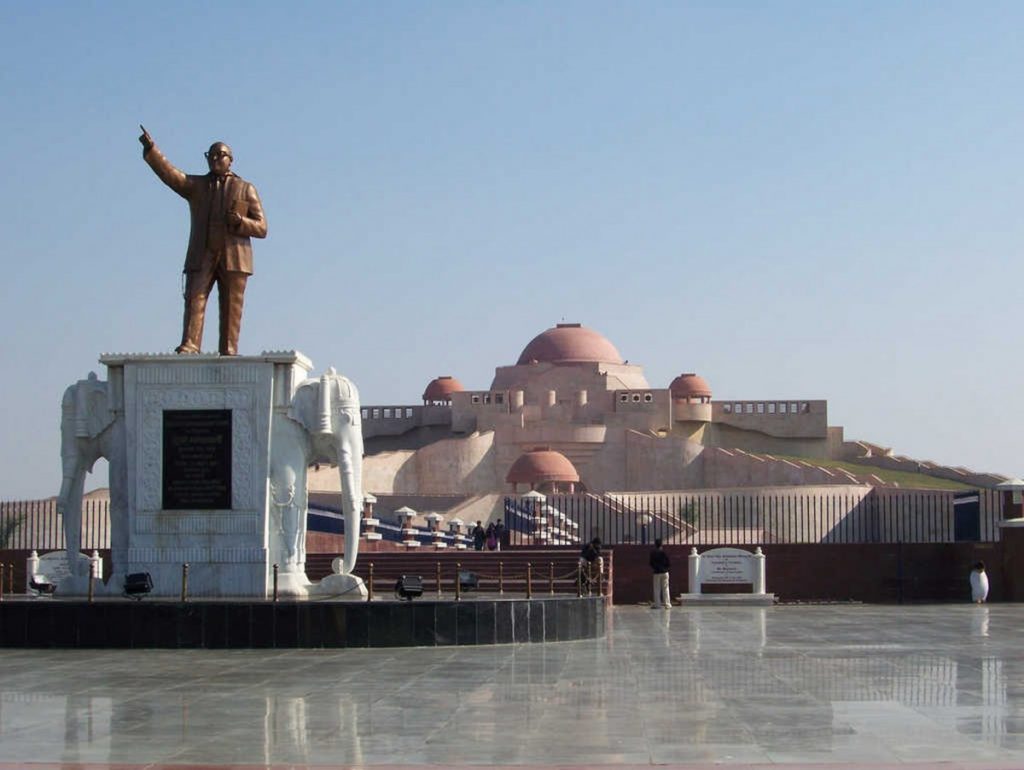 Bronze sculpture in front of the Ambedkar stupa. Credit: Twitter

In an essay written around these two structures, art historian Melina Belli Bose notes, “The memorials aim to empower Dalits through twin strategies, which Manuela Ciotti refers to as ‘presence in space,’ and ‘presence in time,’ both of which have been denied to the Dalit community for centuries.”

While the Ambedkar Memorial has a monumental Ambedkar stupa, the Prerna Kendra is a funerary memorial which holds within it Kanshi Ram’s cremated ashes. These two well-known architectural spaces alongside innumerable small statues of Ambedkar that came up in the inner towns and villages of Uttar Pradesh were a symbol of the BSP’s political authority.

Like Mayawati then, the BJP is now using public space to convey a sense of invincibility. But we have to dig deeper and ask the questions with which I began to get at the real differences between the controversies: Who is using the space? Who do they represent? Are they disrupting or reinforcing dominant political aesthetics?

As Modi unveiled the 182-metre tall statue last month, Mayawati had her moment of validation. The BSP leader demanded an apology from the BJP. “BJP and RSS leaders used to attack my government over the construction of Dalit memorials and statues, including of Dr Bhimrao Ambedkar, in Lucknow and Noida. Now, these leaders should tender an apology for condemning my government,” she said in a statement.

Is the BJP listening?