Manohar Parrikar: A Legacy Marred by Political Compromises and U-Turns

Parrikar not only cultivated a support base for the BJP in Goa, but a personality cult around himself. This is sure to leave a leadership vacuum and uncertainty in the state for the months to come. 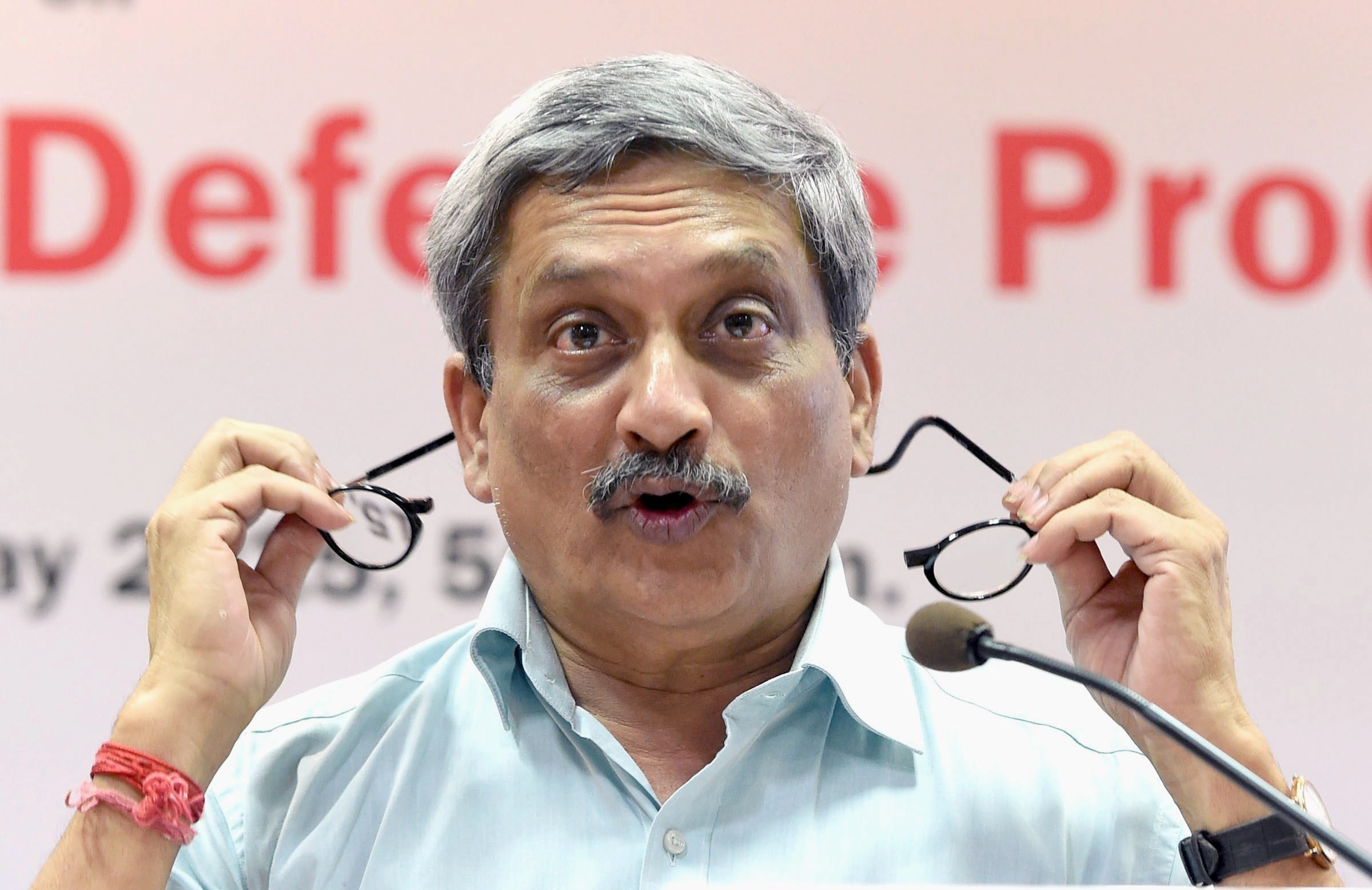 Panjim: It may sound like something of a contradiction. But Manohar Parrikar, who had four incomplete terms as chief minister of Goa – one as short as a year and three months – was never more popular than when he served as leader of opposition in the state assembly.

As a journalist who’s had a ringside view of political events in the state, I believe the Goa BJP leader who passed away Sunday was at the pinnacle of his political trajectory not when he became the country’s defence minister in December of 2014 – a position that displayed his shortcomings and discomfort on the larger political stage – or when he became chief minister in 2012 with a first-time majority for the BJP, but in the years preceding, when he sensed opportunity in the politics of dissent and protest and used it to full hilt to disarm critics and win over skeptics, some of them on the other side of the communal divide.

But it was an avatar he came to soon abandon when in power, giving in to some of the most reviled lobbies in Goa: the iron ore miners who had run amok in interior Goa, necessitating a Supreme Court order to call a halt to all mining in the state; and the casinos, which far from winding down play came to increase in numbers under BJP governments from 2012 to the present.

A local newspaper on Monday listed a litany of the U-turns taken while Parrikar was in power. To thousands of voters swayed by the promise of a sustainable development plan and action against miners and casinos, it was the ultimate betrayal. Their anger registered loudly in the anti-BJP vote in March 2017, when the saffron party slid from 21 seats to a mere 13 in a House of 40.

But in a display of brute power, the BJP still managed to take over the government and return Parrikar to his fourth term in office. This is a glaring fact that the BJP-applauding media conveniently overlooks in its gushing praise of the “IITian-chief minister”.

The single-leader cult of Parrikar

A political nonentity till the BJP’s first four-seat strike in the state assembly in 1994, Parrikar came into politics accidentally via the Sangh, says the former Goa RSS chief Subhash Velingkar.

“During the Ram Janmabhoomi movement, he led around 700 kar sevaks from Goa. Few know that Manohar’s mother was one of the kar sevaks and after the Babri Masjid was brought down and Congress government decided to send military to lathi-charge the sleeping kar sevaks, Manohar’s mother was among those who were beaten up,” Velingkar told the Times of India.

Parrikar’s unapologetic attachment to the Sangh invoked such a deep distrust of the BJP among Catholics and the church in Goa that the party failed to attract any “minority” candidates for years. The BJP MLA Francis D’Souza, who passed away last month, was the lone exception for decades. 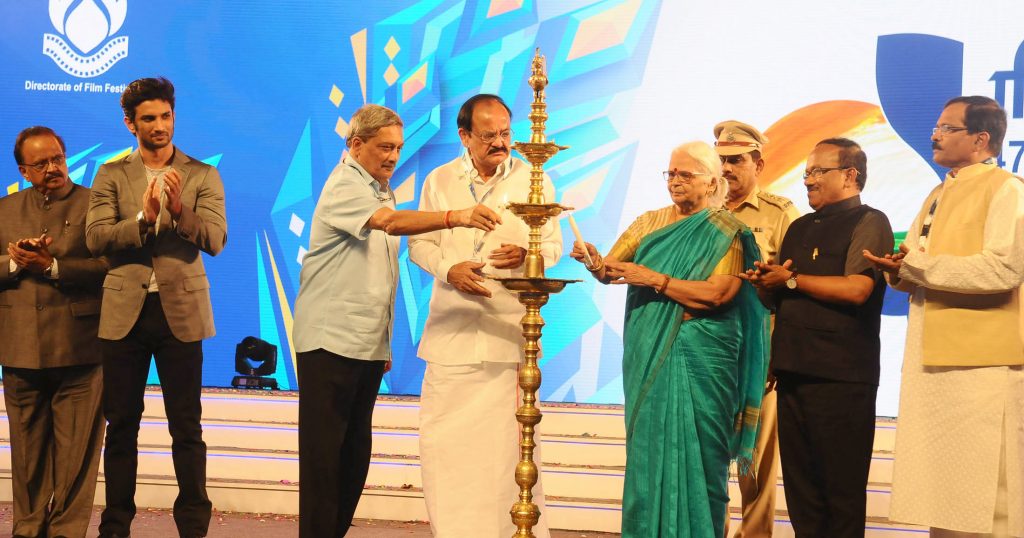 The governor of Goa Mridula Sinha and Manohar Parrikar at the inauguration of the 47th International Film Festival of India, in Panaji, Goa, in November 2016. Credit: PIB

Then came a turnaround in 2012. Corruption, rampant mining and casinos had fuelled a tide of resentment against the Congress government led by Digambar Kamat. With the church openly invoking an anti-Congress tirade, Parrikar fielded six Catholic candidates for the first time. All six won and with the help of the church and Goa’s paid-news factory, the BJP had finally breached the threshold of mistrust. Catholics account for a third of the vote in Goa.

Does Parrikar deserve the moniker of “Goa’s tallest leader”? A political cult is easy to build on with some mindless media amplification. And that, precisely, has been the case with Parrikar supported by a national media so divorced from the ground realities in Goa.

Ironically, it is the Sangh man, Velingkar who puts the Parrikar legacy into perspective when he says that Parrikar had “moved away from his core principles” and distanced himself from the public expectation that he would have turned out to be an “ethical leader and a politician with a difference.” The manner in which a coalition was cobbled together in 2017, with some of the BJP’s most trenchant critics and the induction of several corrupt politicians, had not gone down well even with the BJP’s core supporters.

Driven by high levels of ambition and supported by an undeniably disarming charisma, Parrikar became synonymous with the BJP in Goa. It was a huge advantage for a party that entered Goa’s post-Liberation politics so late. Neither Parrikar nor the BJP played any role in some of the biggest political upheavals that defined the future of Goa: The 1967 referendum (the Opinion Poll vote decided that Goa would not become part of Maharashtra), the language agitation of the ‘80s that got official status for Konkani and statehood that came in 1987.

Those leaders and the freedom fighters who had spent long years in jail have been conveniently sidelined by those shaping the narrative of the post-truth era. The single-leader cult, as opposed to the perennially squabbling Congress house, gave Parrikar the edge in strategising politically. But in the end, it was more strategy than delivery, and it stunted the BJP’s internal growth.

No second-rung leadership was encouraged or allowed to emerge. So absolute was Parrikar’s dominance within the party in Goa that Union Minister of State for AYUSH Shripad Naik, who once displayed some feeble ambition, was denied the opportunity to return to state politics. The BJP’s paucity of leaders is now evident. The saffron party has been unable to zero in on any successor even a year after Parrikar had taken ill.

What next for Goa?

Union minister Nitin Gadkari, who’s been camped out in a five-star hotel in Dona Paula from Sunday, has been assigned the task of finding an “acceptable” successor to take over the coalition government. The deaths of two MLAs (Parrikar and D’Souza) has brought down the BJP tally to 12 in a House of 36 (two Congress MLAs had resigned in October to help the BJP’s cause). 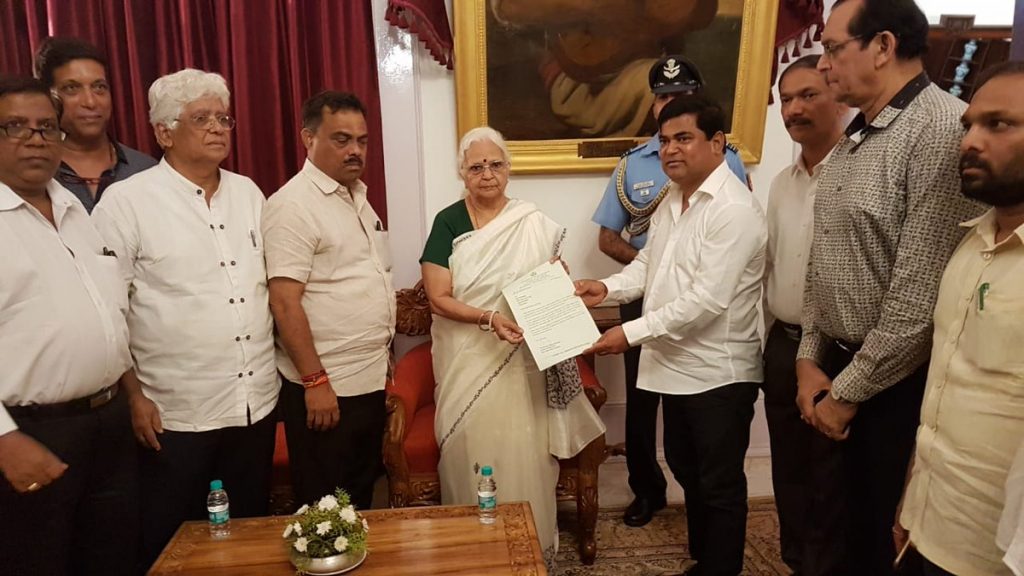 The Congress, which is currently the single-largest party in the Goa house with 14 MLAs, met Governor Mridula Sinha on Monday to stake its claim to form the government. This is the third time the party has made the claim, but Sinha, who played facilitator in the formation of the Parrikar-led coalition government post the 2017 election, has remained stoically indifferent to the Congress case and is expected to act on the advice of the centre. “We have conveyed to you several times that ours is the single largest party in the legislative assembly of Goa…As such I am entitled to receive your invitation to form the government consequent upon the sad demise of Manohar Parrikar,” the Congress’ legislature party head Chandrakant Kavlekar’s appeal to the governor said.

Monday evening BJP sources said speaker Pramod Sawant would likely succeed Parrikar as the next chief minister. All that remained was to convince the allies who are uncomfortable with the party’s choice of the RSS man. BJP MLAs like Vishvajit Rane, the son of former Congress chief minister Pratapsingh Rane, who also harbours ambitions of heading the coalition would have little choice but the fall in line. A late evening meeting with Amit Shah would likely resolve the BJP’s leadership crisis, sources said.