With the Haryana chief minister implying that those who disrupted namaz were raising an 'objection', their actions could be seen as a legitimate protest instead of breaking of law. 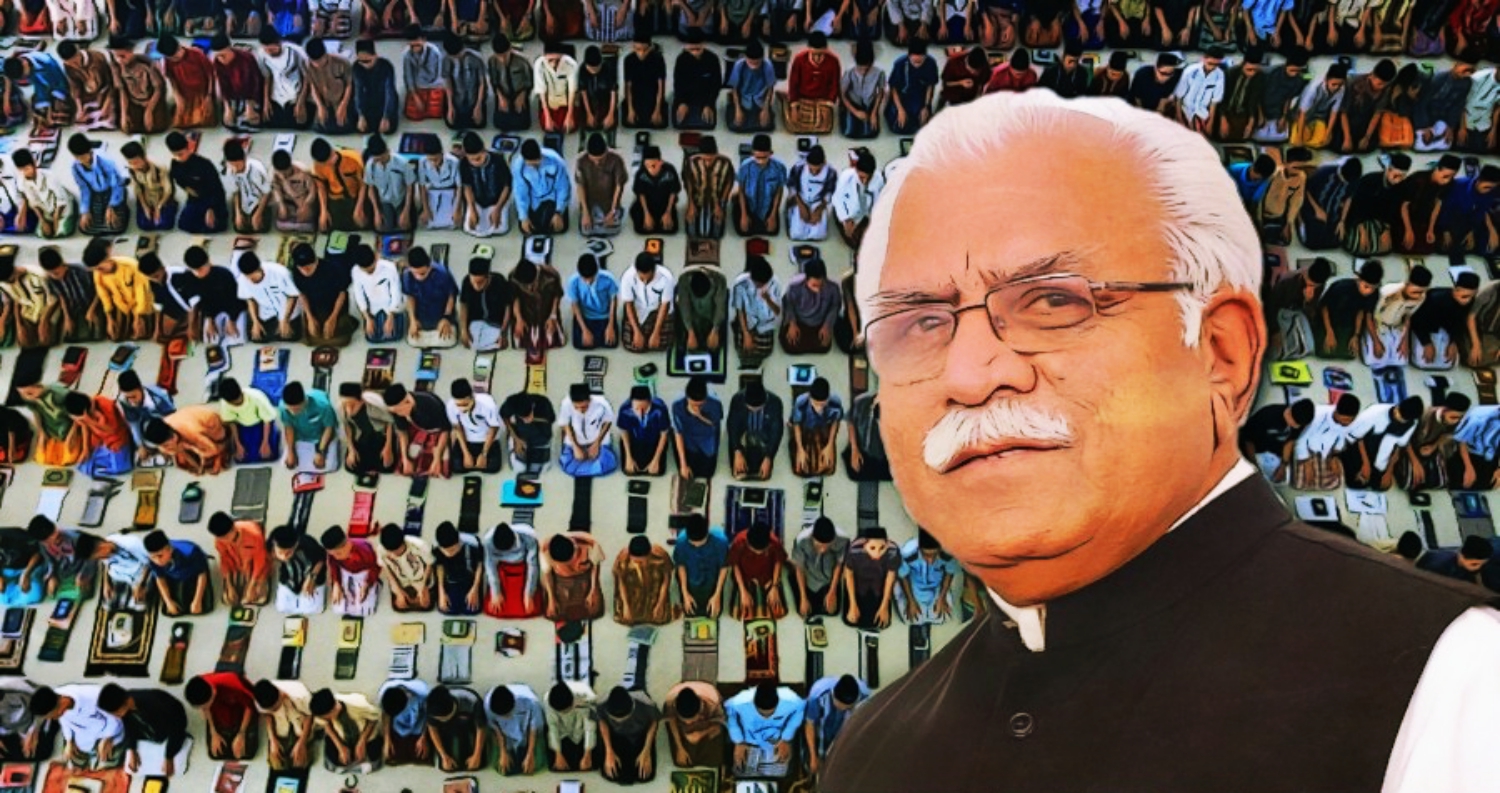 There is no problem with namaz being performed in open spaces “till no one objects”, Manohar Lal Khattar reportedly said after advising Muslims in Gurgaon to confine Friday prayers to the four walls of mosques or eidgahs.

“There has been an increase in occurrence of namaz being offered at public places. It is fine till no one objects. But ideally, namaz should be offered in the precincts of a religious place or at one’s home,” he said.

The chief minister of Haryana did not say a word about the hooligans who had disrupted the Juma (Friday) prayers in at least ten places in the city on May 4. He did not ask the police to identify the culprits and book them. He did not reprimand the police for letting off these hooligans. He did not warn the members of the newly-formed Sanyukt Hindu Sangharsh Samiti – who are openly issuing threats to further disrupt Friday prayers – not to take law in their hands. He did not ask the police to ensure that the disrupters are not allowed near the spots where Muslim devotees perform their Juma namaz.

How is his statement to be interpreted by the district and the police? They would see the disrupters as the objectors and not as law breakers. Their act would be seen as a legitimate act of protest. They push and shove the Imams and the devotees, but their actions are not seen as objectionable or unlawful. People are physically violated, phones snatched and broken.

When you complain about the violence, the administration wants you not to take this seriously. After all, you are not bleeding or dead, so what is the big deal? Why exaggerate a small fracas?

‘Till no one objects’ is the crucial part of the statement made by the chief minister. We have already noticed his silence, as if he doesn’t even not know about the violence on the previous Fridays. But he anticipates objections. And his own people have started obliging him – supplying the objections which can then give him and his government an excuse to outlaw namaz in the open. 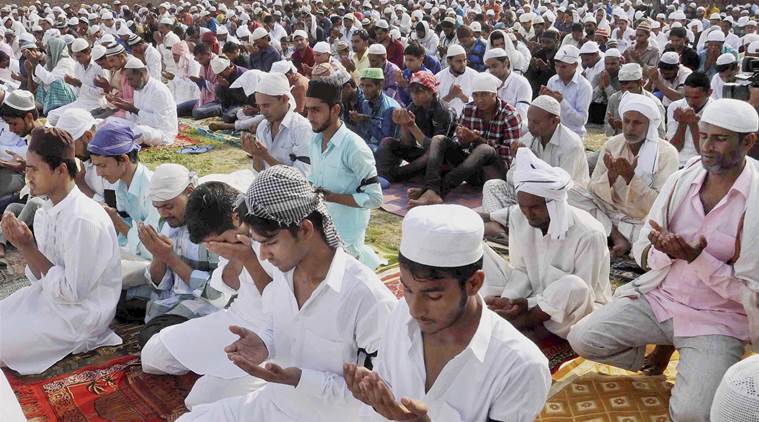 Right-wing outfits had allege that, under the false pretext of prayers, worshippers were chanting anti-India and pro-Pakistan slogans. Credit: PTI

Were the young men who threatened the namazis the real objectors? It is fairly clear by the statements of organisations like the Bajrang Dal and other right-wing groups that these youths, the men on the ground, are merely pawns in a larger game. Suddenly, a new group called Sanyukt Hindu Sangharsh Samiti is formed, and on the following Friday, a car ferries the disrupters. If criminal cases get filed, these youth would be the ones to get caught. The real instigators have taken care to remain out of the net. So how genuine is the objection?

Anil Vij, a Haryana minister, has said that offering namaz at a place with the intent of grabbing land cannot be allowed. However, he hasn’t given a single instance of land being captured under the cover of namaz – because there is none. These are mostly poor, working-class people who gather in open areas nearest to their work place.

The fear of land grab is only one of the tropes that the ‘objectors’ are using. Another is security of ‘our girls and women’. It is also being said that Muslims do it to show their strength.

Infiltration of Bangladeshis and Rohingya refugees is one more excuse as if those who disrupted the prayer were on a mission to identify and deport them.

Ramzan is fast approaching. In the month of Ramzan, the significance of Juma namaz increases. So the number of devotees would only increase and more space would be required.

One of the responses of the administration has been asking the Waqf Board to identify properties where prayers can be offered, and asking imams to hold prayers there only. Identifying Waqf properties, which may have already been captured by the land mafia, is in itself an onerous task. Those aware of the history of this region know that after Partition, the properties collectively owned or associated with Muslims were either captured or fell in disuse. Most of the mosques are locked, we were told. To reclaim Waqf properties or these mosques is again a tough task.

Gurgaon, or Gurugram, as it has been rechristened idiotically and accepted meekly by all, is flaunted as the city of the future. Corporate houses operate from here. But it is also surrounded by villages. These two worlds seldom meet. People who have come here to earn money would rather buy peace with the goondas than ask the government to reign them in.

There is hardly any memory left of the syncretic past of the villages of Gurgaon. The Muslims who are now seen here are largely migrants. But there are other migrants as well. The economy of Gurgaon depends on these migrants. Once emptied of them, Gurgaon would come to a grinding halt.

Leave these economic compulsions aside, we need to remember that Article 14 (equality before the law), Article 15 (prohibition of discrimination on grounds of religion, race, caste, sex or place of birth) and Article 25 (freedom of conscience and free profession, practice and propagation of religion) are still in vogue. They have not been removed from the constitution of this country. The administration need not look towards the political leadership to keep them operational and enforce them. It is their duty.

Do we need to tell the police what their duty is when a peaceful gathering is being bullied? Would they need fresh guidelines to do their job? Should they look the other way if people on the wrong side of the ideology of the ruling formation are being tormented? Or would they remember the oath that they had taken in the name of constitution of India?

This Friday and coming Fridays are actually the test of the administrative morality of Gurgaon. History registers everything, notes where morality failed and where moral courage won. Let us hope it asserts itself in Gurgaon.