The government should muster the courage to do away with AFSPA in the state and also declare an end to its policy of encouraging talks with new militant groups. 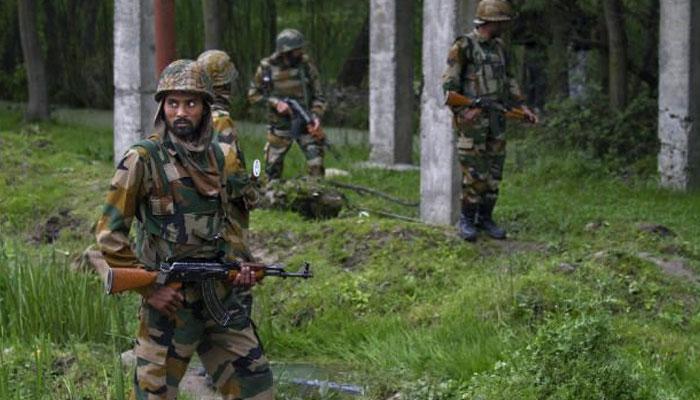 The June 4 rebel assault on the army in Manipur is a definite wake up call for the country’s security establishment that is beginning to treat counter-insurgency operations in the north-east as a matter of routine.

The precision attack on the convoy of the 6 Dogra Regiment in Chandel district by cadres of three rebel groups led by the Khaplang faction of the National Socialist Council of Nagaland (NSCN-K) led to the death of 18 soldiers and injuries to at least 11 others. In fact, this has been the worst attack on the Army in the country in about two decades, an incident that brought the Army Chief to the troubled state to personally take stock of the situation.

The attack sends out several dangerous signals. First, the insurgents used lethal weapons like rocket-propelled grenades and lethods (i.e. 81 mm mortar bombs), besides IEDs and fire from automatic weapons. This indicates the strike capabilities at their command. Second, it raises questions about whether the Army followed the standard operating procedure in an insurgency-rife area by sending out a road opening party. After all, how could so many soldiers be travelling without proper precautions? Apparently, the damage was more because one or more trucks in the convoy was carrying petrol and diesel in barrels. Were the troops not in readiness to retaliate in the event of a sudden attack?

However, the most significant signal that emanated out of this attack was the fact that insurgent groups are acting in a coordinated manner and that their decision to work unitedly is showing results.

In a joint statement, the NSCN-K, Kanglei Yawol Kanna Lup (KYKL) and the Kangleipak Communist Party (KCP) claimed responsibility for the ambush. This is interesting because it means that Naga and Meitei (the majority community in Manipur) insurgent groups in the state are acting in tandem. While the NSCN-K is a constituent of the rebel combine called the United National Liberation Front of Western South East Asia (UNLFW), formed in April this year, the KYKL and KCP are not. The three other rebel groups who are part of this front are United Liberation Front of Asom (Independent) headed by Paresh Barua, the National Democratic Front of Bodoland (Songbijit) and the Kamtapur Liberation Organisation (KLO). But it appears Meitei rebels from the Imphal Valley too are with this front, even if unofficially.

After a series of meetings at the highest level in New Delhi on Thursday, within hours of the attack, it was decided that the National Investigative Agency (NIA) will probe the incident. Obviously, the NIA will try and find out if the security forces followed standard operating procedures and whether there were any lapses on the part of the security establishment, including intelligence failure. The NIA would also be more than interested in trying to find out how the operation was planned and executed by the rebels, and the groups or key insurgent leaders behind the raid. All this will be routine and remain in the files of the NIA and other secretive security agencies.

But is New Delhi ready to revisit its peace policy itself as far as dealing with north-east rebels is concerned? Is the government ready to concede that its peace policy, in its present form, has flopped? Will the government continue holding so-called peace talks with any rebel group which comes forward, some simply to ward off the pursuit by security forces? Has the government not realised that its open-door policy toward insurgent groups actually ends up according legitimacy to even rag-tag armed outfits? Is the government ready to look into the efficacy of its intelligence gathering machinery? What about the huge amount of money spent in the name of police modernisation to take on the rebels?

The June 4 attack in Manipur could be a turning point both for the insurgents, who may turn more daring in the days ahead, and the government who may devise newer ways of tackling militants.

Be bold on AFSPA

Of course, any new anti-insurgency strategy must factor in the impact of the prolonged use of the draconian Armed Forces (Special Powers) Act. In Manipur, for instance, AFSPA has been in force since the mid-eighties, but has failed to tame the insurgents. Tripura has dared to withdraw AFSPA in late May, perhaps realising that excesses by men in uniform, taking advantage of the Act’s provisions, were only antagonising the common people, something the insurgents love because any anti-state protests helps them. Whether New Delhi can gather the courage to do away with AFSPA in states like Manipur remains to be seen.

Most of the answers could lie in New Delhi announcing a moratorium on peace talks with new insurgent groups or break-away factions, even while continuing peace negotiations with outfits like the Isak-Muivah faction of the NSCN, ULFA, and the other major groups. After all, if we take the case of the NDFB in Assam, the government obviously cannot sign two separate peace agreements with the two factions of the same rebel group.

A definite shift was noticed in the policy of the government after the break-away NDFB-S killed more than 70 persons in Assam in December 2014, Union Home Minister Rajnath Singh said New Delhi would not engage in peace talks with any outfit which is involved in killings and violence and would regard such groups merely as “terrorist organisations.” This verbal statement will have to be modified and translated into a policy directive, articulated unambiguously, to state that there would be no more peace talks with newer insurgent groups or factions. It should be made clear that the government  will not encourage new militant groups by keeping the option of talks open.

A political commentator, Wasbir Hussain is Executive Director, Centre for Development & Peace Studies, Guwahati. He can be contacted at wasbir@yahoo.com.