Mamata Takes the Lead in Forging an Anti-BJP Alliance, But Who Will Head It?

While one will have to see whether the TMC chief's efforts will finally fructify or not, a pertinent question arises: Is Mamata pitching herself as the leader of the federal front? 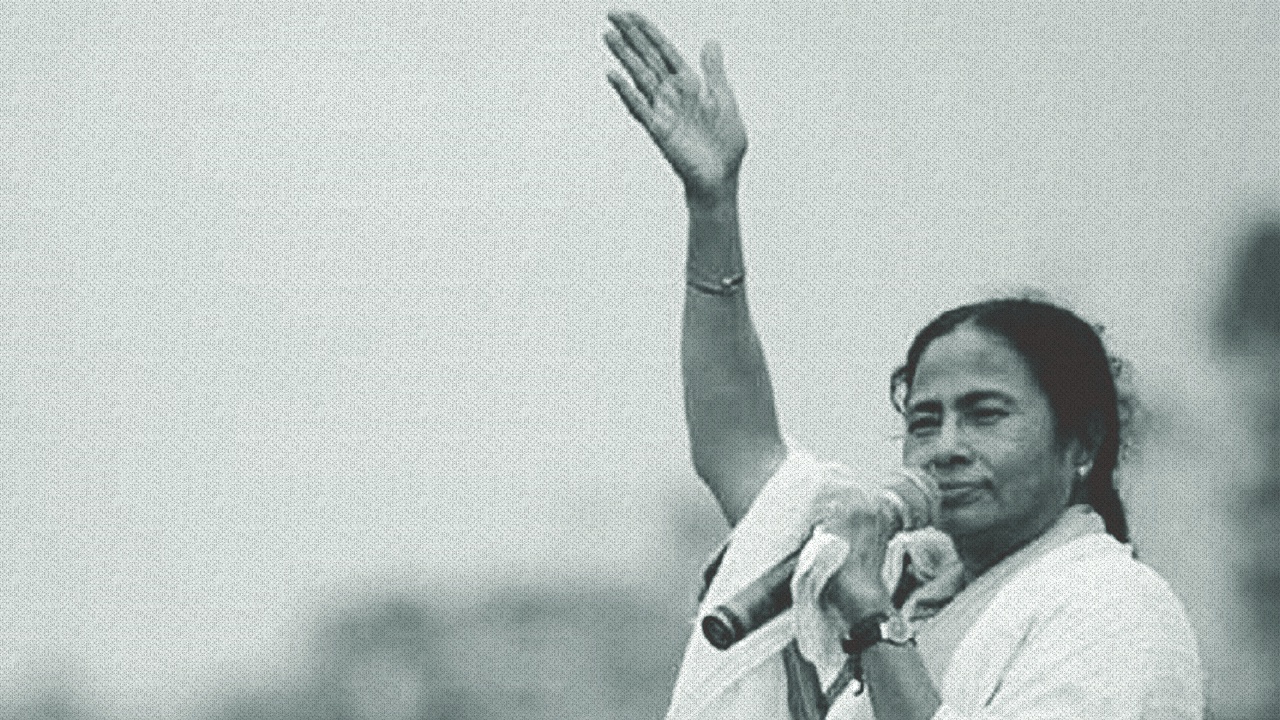 New Delhi: The much-discussed meetings between non-BJP political leaders and West Bengal chief minister Mamata Banerjee on March 27 have a clear political context. Faced with stiff opposition from the Bharatiya Janata Party (BJP) in her own turf, the Trinamool Congress chief has been trying to stitch together a federal front, comprising regional parties, for more than a month now.

She has not missed a chance to extend her solidarity to any such possible anti-BJP coalition-in-making in other states. From the Bahujan Samaj Party’s support to Samajwadi Party candidates in the recent Uttar Pradesh by-polls to Telangana chief minister and leader of Telangana Rashtra Samithi K. Chandrasekhar Rao (KCR) calling for a non-BJP, non-Congress front, she has supported every effort to get regional parties together under one umbrella.

It’s not as if Mamata’s idea to launch a national mission to oust the BJP from the Centre has emerged from the blue. Ever since the Narendra Modi government came to power, BJP national president Amit Shah has made West Bengal one of his primary targets. At an administrative level, Mamata has had to bargain hard for her state in the Goods and Services tax (GST) council meetings. The Trinamool Congress had felt that the hurriedly-implemented GST and the Centre’s apparently undemocratic handling of it had crippled the state government’s independence.

In her own backyard, the BJP has launched its most aggressive bid to come to power. Frequent communal riots during Hindu festivals – the most recent being a series of clashes between Hindutva groups on Ram Navami – have plagued the state administration over the last few years. Thus, at the political level, the BJP, not the Left Front, has emerged as her main rival. This has forced the Mamata government to take a step back on many occasions.

Although the meetings were informal and most leaders projected those as mere conversations over dinner, Mamata did not leave any room for doubt. She asserted she was in Delhi to initiate talks with different political parties which are opposed to the BJP and plan a strategy to defeat it. She also claimed that everyone she met was of the same opinion.

She made her formula clear. “The political party which is strong in a particular state should be allowed to work. If in Uttar Pradesh, the Mayawati-Akhilesh Yadav combine is strong, they should work together… We should help them,” she told reporters.

At the end of the day, she said that the BSP-SP tactical alliance on a seat-to-seat basis could be replicated elsewhere. “Like the Telugu Desam Party is the strongest in Andhra Pradesh, DMK in Tamil Nadu, K Chandrasekhar Rao in Telangana, Lalu Yadav’s Rashtriya Janata Dal in Bihar and Naveen Patnaik’s Biju Janata Dal in Odisha,” NDTV reported Mamata as saying.

How this kind of front would accommodate the immediate rivals of these parties – like the YSR Congress in AP or AIADMK and other smaller parties in Tamil Nadu – is unclear at the moment as Mamata did not mention them. If not included in the so-called federal front, it opens up the possibility of these parties, which too have been critical of the BJP, eventually allying with the saffron party.

However, in effect, after the initial talks, Mamata clearly indicated that in order to defeat the BJP, the state-level parties should come together after realising their strengths and weaknesses and help each other.

However, there is one hurdle. In all the states, where state-level parties could come together, the Congress, in itself, is a large force. The leaders of Congress state units would also want to contest in as many seats as possible, something which the regional parties would be wary of.

Historically, the mercurial nature of regional leaders and petty ego issues have led to the collapse of such coalitions many times. Regional parties have also accused the Congress of playing the big brother’s role even in states where it has been a lesser power. Similarly, in some states like Telangana, the Congress is the main rival of some of these regional parties. That is why KCR categorically called for a non-BJP, non-Congress front.

However, it appears that Congress, which is facing one of its worst-ever crisis, may reconsider its position. The party has been sending some signals. Gauging that there was parallel effort by regional parties to defeat the BJP and many of them want the Congress out of this alliance too, Sonia had invited all the prominent non-BJP leaders for a dinner hosted by her as a welcoming gesture. Similarly, the party’s political resolution, passed at the recently-held Congress’s 84th plenary, stressed a lot on tactical alliances with like-minded parties and on adopting a “a pragmatic approach for cooperation” with other parties to evolve a common strategy to defeat the BJP-led government.

After the meeting between Sonia and Mamata was cancelled on March 27, both of them finally met. The TMC chief told reporters that she had a good relationship with Sonia and she told her about the plan for 2019. “I have said that it should be a one-to-one fight against BJP by each party in their places of strength and the others should support it. Like in Karnataka, Congress is strong… it will fight BJP one on one… Congress will do well in Karnataka,” TOI quoted the Bengal chief minister as saying, adding that she wants Congress to be a part of a joint opposition.

Sources in the Congress also told The Wire that Rahul Gandhi, now at the helm of affairs, is clear that the party is open to taking a back seat in states where it is not a significant player.

While one will have to see whether Mamata Banerjee’s efforts to forge a joint opposition will finally fructify or not, a pertinent question may be asked at this juncture: Is Mamata pitching herself as the leader of the federal front?

It may be too early to suggest that, but the fact that Mamata is gearing up to play an increasingly active role in national politics is clear. The question of leadership has been the sore point of such formations, so all the parties have avoided that in their discussions and focussed on working towards a BJP’s defeat in 2019 general elections.

However, the TMC chief is being seen to have set aside her differences with many of her rivals. For example, she has repeatedly urged all anti-BJP forces, including her arch political adversaries, the Left parties, to join forces.

She is also talking about national issues, much more than the concerns that plague her state. For instance, accusing the BJP-led NDA government of “using and misusing” all agencies, including the Election Commission of India, Mamata told reporters that the ruling central government was transforming all institutions into “BJP institutions.”

“All agencies are being used and misused. All institutions are becoming BJP institutions,” she said.

What role she will play in future has to be seen. At the moment, her focus appears to be only having a non-BJP front as large as possible. But she has, undoubtedly, been the only common face in a series of talks that have happened between various political parties on the possibility of an alternative political formation. If such a front does shape up, she will indeed be at its centre.

The story has been updated to include new developments.