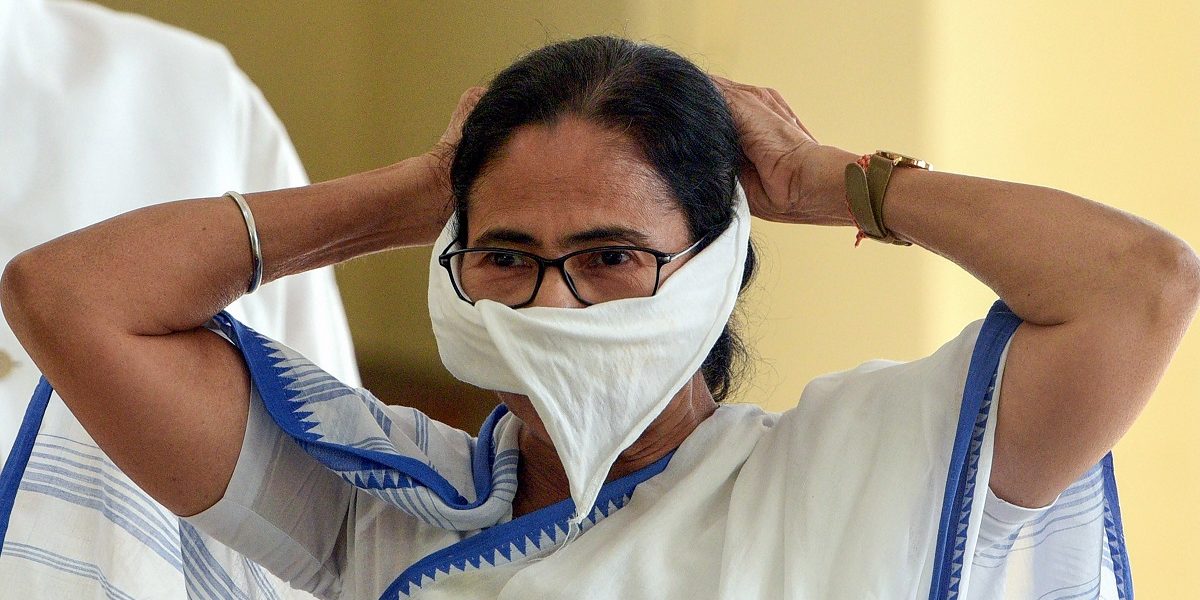 West Bengal chief minister Mamata Banerjee has come a long way on the registers of political and administrative maturity. In recent months, she led popular agitations against the Citizenship Amendment Act (CAA) and the National Register of Citizens (NRC) from the front. And now, she is leading her state in attempting to contain the coronavirus pandemic. In this process, she is reinforcing the goodwill of her admirers and receiving praise from her detractors – remarkably even among supporters of the Communist Party of India (Marxist) [CPI(M)].

This could well turn out to be a critical juncture for the Trinamool Congress (TMC) chief.

Of course, Mamata is not the only chief minister providing such leadership in the present crisis. The chief ministers of Kerala, Orissa and Delhi too have admirably risen to the occasion. Still, what lends special interest to Mamata’s leadership is her transformed personality in a leadership role. The interest lies in her evolution from an opposition firebrand, a street fighter, and a somewhat unpredictable head of state, to a mature political and administrative leader. The kind of maturity that many, till recently, did not credit Mamata Banerjee with.

Last year, critics predicted an irreversible slide in the chief minister’s popularity at a time when matters did indeed look grim. The Bharatiya Janata Party (BJP), the TMC’s main adversary, won an impressive 18 of the state’s 42 seats during the Lok Sabha elections in Bengal. The Trinamool Congress’s tally slipped from 34 to 22. Public conversation increasingly veered towards the BJP stealing a march over the TMC in Bengal’s 2021 assembly elections.

Not surprisingly, the BJP’s new-found aggression rattled Mamata. The TMC chief made no bones about showing her displeasure at the sudden political inclemency coming her way. She showed her frustration in ways that, since her decades in opposition, had easily come to be recognised as part and parcel of Mamata’s temperamental persona.

Two days after the Lok Sabha results were declared, Mamata claimed 200 TMC party offices were “captured” by the BJP. By the following Monday, her party would “recover” them, the chief minister declared. In the days to follow, an enraged Mamata was caught on camera getting out of her car and hollering at men shouting Jai Shri Ram. A month on, the TMC leader ran into a fresh storm when she issued an ultimatum to Kolkata’s striking doctors, protesting an attack on one of their colleagues. Call the agitation off or leave your hostels, Mamata flatly told the agitating doctors. As she courted controversy after controversy, the BJP further dug its heels in Bengal, and the future of politics in the state looks increasingly uncertain.

Also Read: Social Distancing and Antipathy in the Time of COVID-19

The situation, however, turned as Mamata changed her style of doing politics. For one, she stopped reacting to every irritant thrown in her direction, stripping the BJP off the opportunity to attack her for her volatile temperament and erratic behaviour. Those who watch Mamata’s politics closely, attributed the behavioural and functional transformation – her measured tone, her not shunning meetings with top BJP ministers, including with the Prime Minister – to Prashant Kishor, the political strategist advising her. Her widely publicised Didi ke bolo (Tell Didi) initiative encouraged citizens across Bengal to share with their grievance about her party and government with the chief minister. As the BJP shored up a campaign against the ruling party’s corruption and ‘tolabaji’ culture, Mamata underwent a personality makeover.

The ‘new’ Mamata Banerjee seems quieter and more circumspect. This behavioural change, however, has not diluted her politics, focused on challenging the BJP government and its communal agenda. She recently called the Narendra Modi government out for its collusion in the violence in northeast Delhi. Describing the killings and arson as a pogrom, Mamata said: “The BJP government is trying to replicate its Gujarat model of riots across India, including in West Bengal.”

Over the course of 10 months, from May 2019 and March 2020, Banerjee has faced two serious challenges, one political, and the other medical. The serious challenge arising from the BJP-sponsored CAA-NRC-National Population Register (NPR) agenda drove the chief minister out of Nabanna, her administrative headquarters. She led huge marches in the streets, walking a tightrope between her responsibilities as head of state, and her opposition to the Narendra Modi government.

After meeting the prime minister at Raj Bhavan, which Mamata described as part of her “Constitutional responsibility”, she joined anti-CAA protesters who were sitting outside in a dharna. She stayed away from the anti-CAA protests at Park Circus, while ensuring facilities like drinking water were provided by the Kolkata Municipal Corporation at the site.

That was two months ago.

Since then, like every other chief minister in the country, Mamata has been thrown into the midst of the coronavirus pandemic. As in the anti-CAA agitations, she is leading this battle from the front as well. The state government has adopted a string of decisive measures, ranging from enforcing quarantine and lockdown to delivering financial help to the underprivileged. Mamata did not mince words when faced with the case of the teenage son of a bureaucrat in Nabanna who initially dodged testing, and was later found to be coronavirus positive. “You can’t claim VIP status and avoid COVID-19 tests,” she sternly said.

When a second person tested positive for coronavirus in Kolkata earlier this month, the Bengal government issued a strict warning that all persons returning from abroad in recent days should quarantine themselves for a fortnight. “Persons who do not follow the advice will be liable for action, including forcible quarantining… under the West Bengal Epidemic Disease Covid-19 Regulation 2020,”  according to the police advisory.

Unlike the abstract tone and tenor of the prime minister’s two national addresses on the epidemic, Mamata explained what quarantine would mean for people. Quarantine is not jail, she emphasized. Whether or not people find comfort in that explanation is a different matter. But that, as chief minister, Mamata finds herself obligated to reassure and comfort citizens on her watch, has struck a chord among the people of Bengal.

“Remember, quarantine does not mean jail. Quarantine simply means to keep oneself healthy, staying in a separate space, where many people don’t have access. Those there, other than them, no outsiders,” she said. Given the appalling state of quarantine facilities that have come to light across the country, Mamata assured people that facilities at the “brand new building” in New Town would meet the acceptable standards: “Bathrooms, beds, food … just like home. That is quarantine, like your own home. Not a jail, [you] must remember this.”

Also Read: Coronavirus Pandemic: Is It Time to Wind Down the Rhetoric?

The coronavirus awareness campaign she initiated has reached villages as well. Block and district officials have been instructed to ensure that outsiders entering villages should quarantine themselves for the requisite amount of time.

Alongside these measures, the government has decided to distribute foodgrains for free for six months among 7.85 crore people eligible for subsidised grain through the public distribution system. Government employees now giving up their leave will be entitled to special leave around Durga Puja, while at least 50% of government employees will work from home on a rotational basis.

Additionally, Mamata has urged the Centre to send required medical kits to the state, arguing: “We have been repeatedly asking for testing kits. We have now 40 kits. I know ICMR (Indian Council of Medical Research) is saying that there is no dearth of kits, but that supply must reach us.” In an innovative move, the chief minister also identified the Calcutta Medical College as a facility for exclusively treating coronavirus patients. The state government is preparing a 3000-bed isolation ward in the hospital.

In the short-term, such moves by the Bengal chief minister and her counterparts in other states bodes well for those who are put most at risk by the pandemic. In the long-term, one has to wonder whether nuanced policies like these might also help Mamata Banerjee regain lost ground and stem the onslaught of Hindutva, that other viral force in Bengal’s contemporary political culture.