Why Mamata Banerjee Is Backtracking From the Bengali Regionalist Stance

Instead of trying to ride the wave of Bengali ethnic sentiments, the Trinamool Congress is now busy championing an all-inclusive approach. 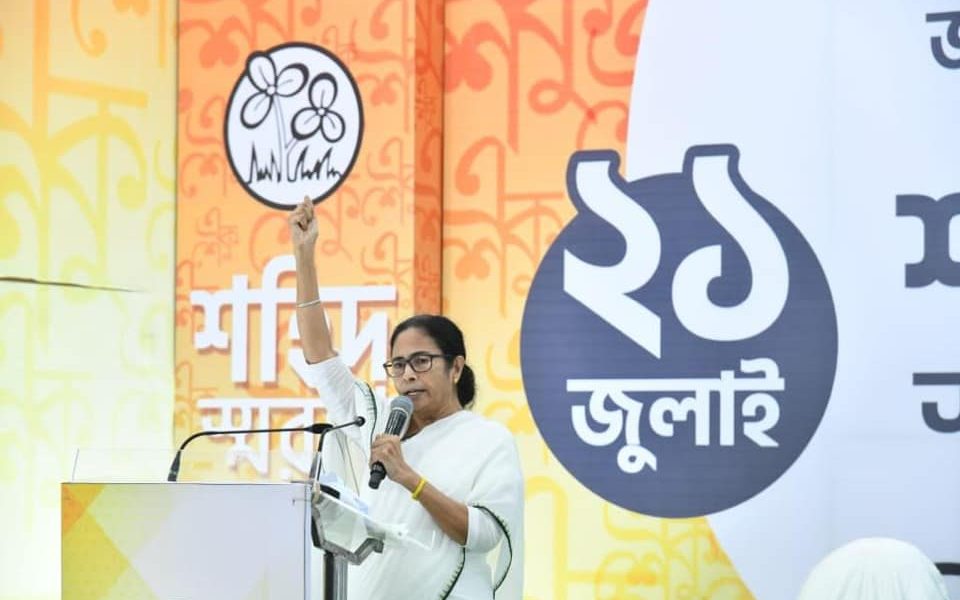 From targeting the state’s Hindi-speaking population as ‘outsiders’ who were allegedly ‘forcing the Bengali people out of their localities’ in the immediate aftermath of the 2019 Lok Sabha elections to reviving her party’s defunct ‘Hindi cell’ in September 2020, West Bengal chief minister Mamata Banerjee has been gradually easing her party, the Trinamool Congress (TMC), away from its Bengali regionalist stance.

This comes at a time when political observers are noticing a surge in Bengali ethno-regionalist sentiments among a section of the state’s population who are branding the Bharatiya Janata Party (BJP), the TMC’s principal opposition, as ‘representing Hindi imperialism’.

However, instead of trying to ride the wave of Bengali ethnic sentiments, Mamata Banerjee, over the past few months, is busy championing an all-inclusive approach, going to the extent of offending the fringe groups that are regularly targeting the BJP for its alleged preferential treatment of Hindi-speaking people.

Political observers see in these developments the TMC chief’s attempts to neutralise the BJP’s attempt to polarise voters on religious lines ahead of the 2021 assembly elections.

Maidul Islam, who teaches political science at the Centre for Studies in Social Sciences, Kolkata, said there were two reasons behind the TMC’s toning down of its Bengali regionalist stance.

“First, this stance could create a backlash on the Bengali workforce to migrate to other states for work and that could anger these migrant workers against the TMC. And second, the TMC’s attempt to polarise the people on ethnic/linguistic lines would also aid the BJP in polarising on religious line. By preaching inclusiveness, the TMC is looking to block the BJP’s polarisation plans,” Islam said.

On May 30, 2019, when confronted by a group of BJP supporters welcoming her convoy with ‘Jai Shree Ram’ in the industrial town of Naihati, which is dominated by Hindi-speaking people who have come from Bihar and Uttar Pradesh and settled here decades ago, she had said, “They are all outsiders. They are not Bengal’s local people!”

In June 2019, Banerjee even announced that ‘Joy Bangla’, a slogan most memorable as the principal war cry of then Bengali-speaking East Pakistan during the Bangladesh Liberation War, was now one of the TMC’s formal slogans, apart from ‘Jai Hind’ and ‘Bande Mataram’. Even on July 21 this year, Banerjee had said that Bengal will never be ruled by outsiders.

“We respect all languages and don’t have a linguistic bias,” Banerjee said on September 14.

“It is too early to comment on whether these remarks coming less than a year ahead of the scheduled assembly elections will have the desired impact on the voters, but it will surely make the BJP’s task a little more difficult. Polarisation on religious lines will become less effective and the BJP will have to focus more on the issues of misgovernance of the TMC regime,” Chakraborty said.

He also said that the TMC could afford to hurt the sentiments of the champions of Bengali rights because they will have little option other than voting for the TMC.

“Those opposing the so-called Hindi imperialism belong to the liberal thinkers’ camp and have identified the BJP as their principal opponent. Even if they are angry with the TMC, they will ultimately vote for them,” Chakraborty said.

Also read: Despite Sonia-Mamata Coordination, a Congress MP Is Upping the Ante on TMC

Bengali rights groups such as Bangla Pokkho and Jatiyo Bangla Sammelan publicly expressed their dissatisfaction with Mamata Banerjee’s moves. They observed a ‘black day’ on Hindi Divas and have launched a campaign of sending emails to the NGT requesting it to turn down the state government’s appeal to allow Chhat puja in the lake.

It was the members of these groups who started reviving the Joy Bangla slogan since 2017, two years before the TMC formally adopted it.

Over the past few months, members of both groups have been sharing photographs from their social media handles showing blackened names of places written in Hindi on milestones along national highways.

Maiti, however, said that the anguish may not reflect in votes because those who care for the wellbeing of the Bengali ethnicity are most concerned about resisting the BJP’s growth.

“We have an all-out opposition to the BJP, which represents Hindi imperialism, and to parties like All India Majlis Ittehad e Mussalmin, which represent Urdu imperialism. For parties likes the TMC, the Congress and the Communist Party of India (Marxist), we have issue-based opposition. Since resisting the BJP is the top most priority at the present juncture, we will naturally ask the people to vote against the BJP,” Maiti said.

Anirban Banerjee of Jatiyo Bangla Sammelan echoed Maiti. “If you go through the comments section of Mamata Banerjee’s Facebook post wishing people on Hindi Divas, you will find most of those who expressed anguish and displeasure were TMC supporters. However, given that the BJP is the greatest threat to Bengali culture, these aggrieved people will have no other option but to vote for the strongest candidate against the BJP, and in most cases that would be the TMC,” he said.

A senior TMC leader pointed out that while the 2019 Lok Sabha election voting pattern revealed BJP is doing exceptionally well in areas dominated by the Hindi-speaking population, the November 2019 assembly by-election had shown Hindi-speaking voters of Kharagpur to be favouring the TMC overwhelmingly.

TMC spokesperson Om Prakash Mishra denied that the TMC ever took a stand against the Hindi-speaking people or considered neglecting or denigrating any language. According to him, the TMC takes pride in Bengal’s cultural and linguistic heritage, while respecting all other languages spoken in the state.

Pointing out that the state government decided to establish a Hindi University two years ago, Mishra said, “Language is a bridge and not a point of confrontation. We respect all languages and it is natural for us to recognise and promote their development. The recent decision to revive the party’s Hindi cell was realistic and rational; so is our chief minister’s demand to the prime minister for recognising Bengali as a classical language.”

“Over the past two years, TMC leaders, including the chief minister, have repeatedly branded the Hindi-speaking people as ‘outsiders’. In Naihati, she had created an ‘us and them’ divide between the Hindi speakers and the Bengali people. Now they are changing tack, possibly after considering that language-centric politics had never gained grounds in the state,” Tewari said.