Mamata Banerjee Has Backtracked on Her Promise to Release Political Prisoners

While cases lodged against those who participated in the Nandigram and other agitations have been withdrawn, many political prisoners whose release was recommended continue to be in jail.

Kolkata: It’s nearly ten years since Mamata Banerjee promised to release all political prisoners once she came to power. Now seeking a third tenure as the chief minister, the Trinamool Congress (TMC) chief, however, has left the promise only partially fulfilled.

At least 75 persons accused of having links with the banned Communist Party of India (Maoist), or the CPI (Maoist), are still lodged in different jails of Bengal, some of them for more than a decade. This is despite a review committee appointed by her and headed by a retired high court judge recommending the release of all political prisoners in 2011.

Over the past couple of weeks, the Association for Protection of Democratic Rights (APDR), the largest human rights organisation in the state, has launched a campaign seeking the release of all political prisoners. They have held street corner meetings and carried out poster campaigns, reminding people of one of Mamata Banerjee’s most-talked-about electoral promises.

According to the state’s human rights organisations, there were more than 500 political prisoners involved in the Greater Cooch Behar and Kamtapur movement in north Bengal and the Nandigram and Lalgarh movements in south Bengal, when Mamata Banerjee came to power in May 2011. Of them, 135 had the status of political prisoners. The status is granted by courts. Political prisoners are entitled to certain prison benefits, such as access to daily newspapers and reading and writing materials.

The review committee for the releases of political prisoners, however, did not consider whether one formally had the status or not. They identified all cases political in nature and recommended that the accused should be granted unconditional release.

During the Left Front’s final term, many associated with the anti-land acquisition movement in Singur (2006-08) were implicated in numerous cases but none of them were in jail at the time Mamata Banerjee came to power. The movement against land acquisition in Nandigram (2006-07) saw the participation of the Maoists alongside mainstream parties like the TMC and the Socialist Unity Centre of India (SUCI), while the Lalgarh movement (2008-2011) against police atrocities was led by the Maoists. From Nandigram, only those who had alleged Maoist links were in jail. The highest number of political prisoners were connected with the Lalgarh movement that spread across three districts of southwestern Bengal.

Over the past nine years, the government has, however, withdrawn most of the cases of Singur and Nandigram in which TMC leaders and workers had been implicated. Cases related to political violence in Birbhum district have also been withdrawn where TMC members were the accused, according to the state’s human rights activists.

It is widely alleged and believed that the TMC got the tacit backing of the Maoists in the 2011 assembly elections that brought an end to what is often described as ‘one of the world’s longest-serving democratically elected communist government’. However, her relations with the Maoists soured soon after her ascent to power, mostly over her visible change of stance towards two of her poll promises – release of political prisoners and the withdrawal of the Centre-state joint security forces from the Jangalmahal area.

The Maoist movement in the state that resurfaced in 1998 after a gap of more than 15 years met an abrupt end in November 2011 with the killing of CPI (Maoist) politburo member Koteshwara Rao alias Kishanji, the undisputed head of the Maoists’ Bengal operations during that time. Since then, dozens of Maoist cadres have surrendered before the state police and accepted rehabilitation packages, while several other senior leaders were arrested.

The last armed squad of the Bengal unit of the Maoist party led by the state secretary, Asim Mandal alias Akash, has been based in Jharkhand districts bordering West Bengal since Kishanji’s death. 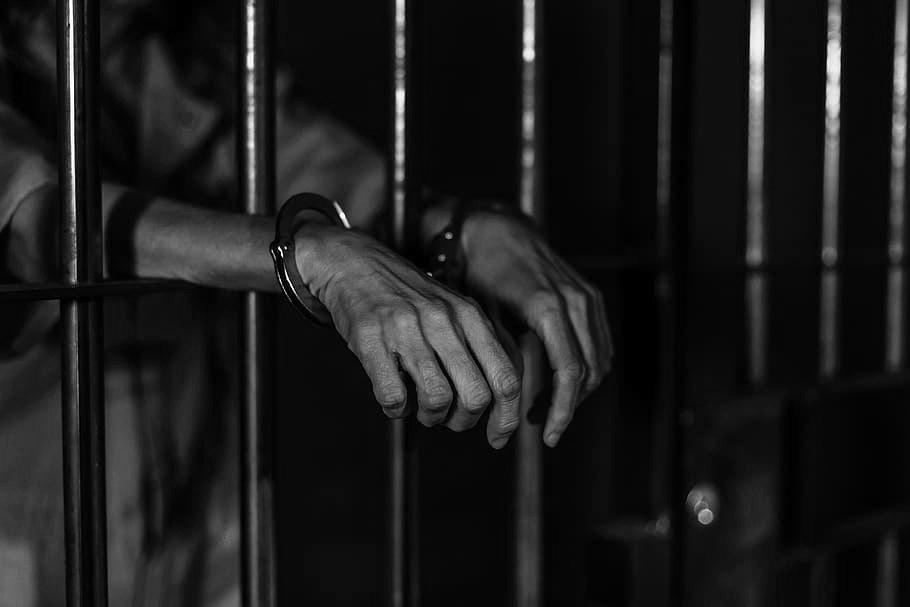 Many persons whose release has been recommended by the review committee continue to be in jail. Photo: Public domain

The promise and her actions

Mamata Banerjee made the promise on February 20, 2011 while addressing a protest gathering in front of the statue of Mahatma Gandhi in the Esplanade area. Acting on the promise, one of the first decisions of her government taken during its first cabinet meeting on May 20, 2011, was to constitute a 13-member committee to review the process of releasing political prisoners. The committee was notified in the Kolkata Gazette on June 4.

The definition of ‘political prisoner’ was determined on the basis of section 24 of the West Bengal Correctional Services Act, 1992. It said:

“Any person arrested or convicted on a charge of having committed or attempting to commit aiding or abetting the commissions of any political offence, whether or not the act constituting such offence comes within the preview of any offence punishable under the Indian Penal code or any other law for the time being in force, or any person believed to have been prosecuted out of political animosity or grudge, shall be classified as political prisoner.”

The Act further explained, “For the purposes of this clause, (a) any offence committed or alleged to have been committed in furtherance of any political or democratic movement or any offence arising out of an act done by an individual with an exclusive political objective free from personal greed or motive shall be a political offence.”

The review committee submitted its first list of 78 prisoners recommending their immediate release on bail in the first week of July. This list included a number of ‘Maoist prisoners’, including two former alleged state unit secretaries of the CPI(Maoist), Himadri Sen Roy alias Somen and Sudip Chongdar alias Kanchan.

However, on July 20, CM Banerjee announced that 52 prisoners would be released in the first batch before August 15. These 52 included two Maoists – a 64-year-old alleged state committee member, Chandi Sarkar and a 30-year-old alleged CPI (Maoist) functionary, Pradip Chatterjee. The rest were in jail for alleged links with the Kamtapur Liberation Organisation (KLO) which had launched a violent movement seeking to curve out a separate state with some districts of north Bengal and Assam.

Soon after, the Union home ministry wrote to the chief minister cautioning her against releasing Maoist prisoners, following which the plan to release Sarkar, who was in jail since 2005, and Chatterjee, who was arrested in 2008, was dropped. 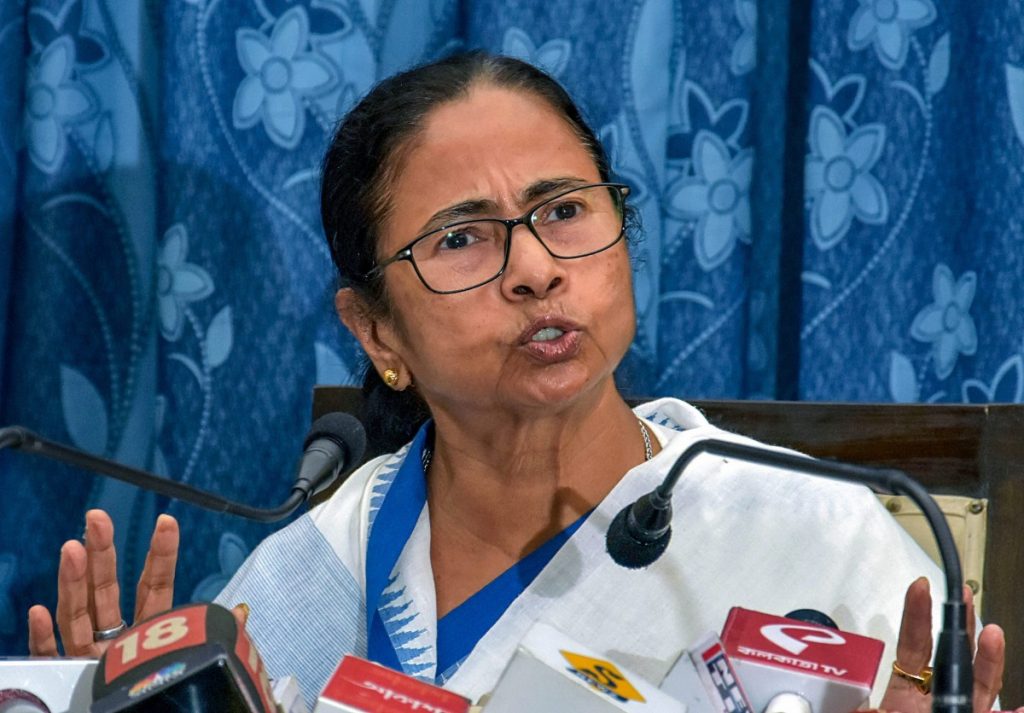 And that marked the beginning of her backtracking on the poll promise. Those linked with the KLO were released over the next year but no one accused of having Maoist links was released. Sarkar finally came out of jail in 2012 following his acquittal, and so did Chatterjee in 2015.

“The government kept opposing our bail pleas in court and fought tooth and nail to get us convicted. We managed to get out fighting the government legally,” said Chatterjee, who too is taking part in the campaign seeking the release of all political prisoners.

Human rights activist Sujato Bhadra, who was a member of the review committee, said that the chief minister’s approach accounted for more than mere breach of electoral promise. “She made a volte-face and her government took an active role in ensuring that no one with alleged Maoist links got to obtain bail through courts,” Bhadra said.

The committee had recommended the unconditional release of more than 500 political prisoners, also recommending that the cases against them should be withdrawn.

Ranjit Sur, vice-president of the APDR, said that an incident in February 2012 made it clear that the government would not release a single prisoner accused of being leaders or functionaries of the CPI (Maoist). He said that on February 6, a lawyer who was part of the review committee represented the government in the high court to oppose the bail plea of five alleged Maoist functionaries.

Then, after the Centre advised the state in October 2012 to amend the Correctional Services Act, 1992, to block the way for members of terrorist organisations from getting the status of political prisoner, the Mamata Banerjee government heeded. The relevant sections were amended on August 27, 2013. Since the CPI (Maoist) was declared a terrorist organisation, no one arrested for Maoist links got the status of political prisoner in Mamata Banerjee’s rule.

During the session in the state assembly on that day, parliamentary affairs minister Partha Chatterjee had said that the government had released 56 political prisoners in the past two years.

A number of Maoist leaders were released from jail during Mamata Banerjee’s rule following their acquittal. This includes Gour Chakraborty, the first ‘overground spokesperson’ of the clandestine Maoist party, who was arrested in 2009; Patit Paban Haldar, the first state secretary of the CPI(Maoist); and his successor Himadri Sen Roy. Sudip Chongdar died in prison. Arnab Dam alias Bikram obtained bail.

As of now, alleged state committee members Barun Sur, Kalpana Maiti, Anup Roy, Manasaram Hembram, Akhil Ghosh and Ranjan Munda are in jail. Sur, Maiti and Ghosh are in jail since 2010 and have the status of political prisoners. Four persons who were part of the anti-land acquisition movement in Nandigram, including prominent organiser Madhusudan Mandal alias Narayan, were also arrested in 2010. They are the only persons linked with the Nandigram movement who are still in jail.

According to Ranjit Sur, about 50 persons associated with the Lalgarh movement are languishing in jails since the Left Front regime. 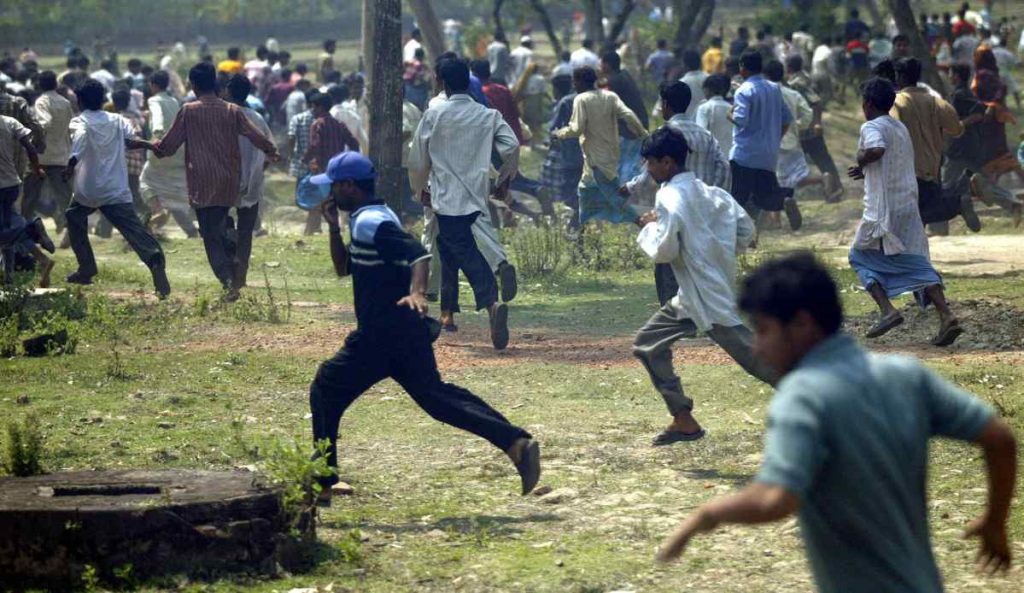 No TMC leader agreed to speak to The Wire on the issue, arguing that it was ‘entirely the chief minister’s domain.’

According to political analyst Biswanath Chakraborty, a professor of political science at Rabindra Bharati University (RBU), Mamata Banerjee made this promise, along with withdrawal of security forces and reinvestigation of old cases, to win over the leftist intelligentsia and the members of the civil society, a majority of whom were backing the TMC chief against the Left Front for her policies on agriculture and industrialisation ahead of the 2011 elections.

“She made innumerable pre-poll promises. After coming to power, she tried to promptly implement some of them, while for some others she opted to buy time. Gradually, as her grip over the state of affairs in the state tightened, she no longer needed to care for these promises. Their purpose had been served,” Chakraborty said.

Also Read: Armed With Doles, Mamata Banerjee Is Out to Counter BJP’s Popularity Among Her Lost Voters

Notably, the Left Front had the release of political prisoners as one of its prime pre-poll agenda in 1977, the watershed election that marked the beginning of CPI(M) stalwart Jyoti Basu’s 24-year chief ministerial rule. The Left kept their promise and unconditionally released all political prisoners and withdrew the cases against them, including the Naxalites and members of the Rashtriya Swayamsevak Sangh (RSS), with the latter arrested mostly during the Emergency.

Mamata Banerjee’s focus and priorities may have indeed changed. Before 2011, she used to speak sympathetically about the Maoists when addressing public gatherings in the Jangalmahal area. Ahead of the elections in 2021, she has started addressing the victims of Maoist violence. On October 6, she announced jobs and financial aid as compensation to families of the victims of Maoist violence – those who got killed or remained missing for more than a decade. Most of those would be supporters and workers of the Communist Party of India (Marxist), which led the Left Front government and suffered the worst brunt of the Maoist movement.

Perhaps, she hopes to arrest the recent trend of Left supporters and workers switching over to the Bharatiya Janata Party (BJP), her principal opponent at present.