The move is being seen as the TMC’s attempt to pre-empt BJP’s plan to polarise the state on communal lines. 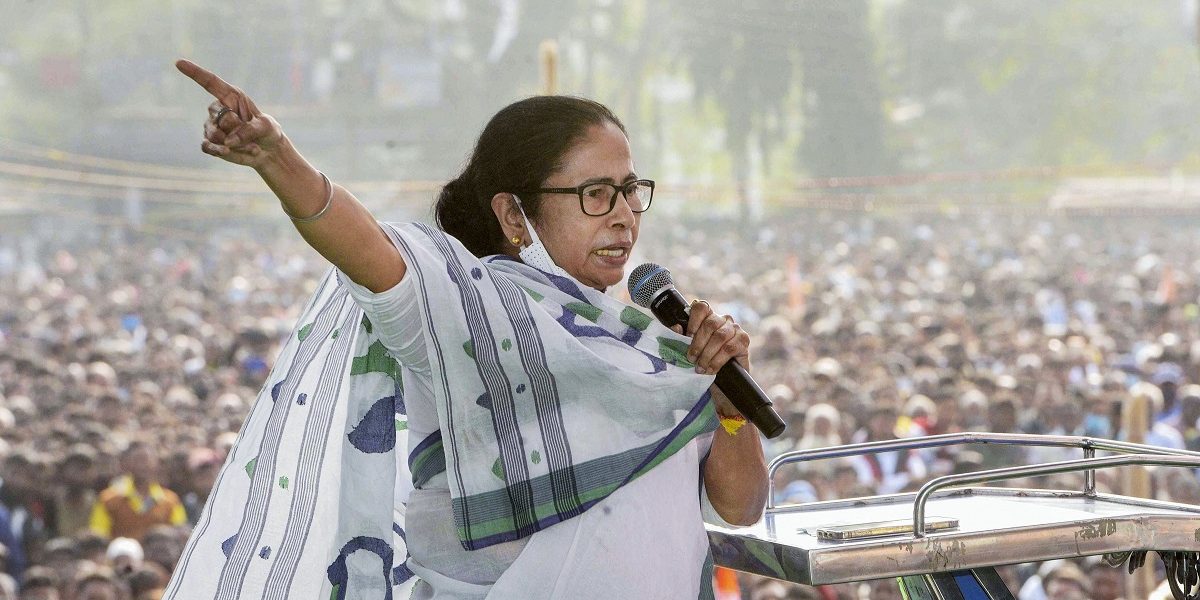 Kolkata: The recently released report of Mamata Banerjee’s Trinamool Congress (TMC) of its past 10 years’ rule has one conspicuous absence – figures on minority development.

The report card detailed how under the TMC regime, budgets increased two-three times on women and children’s welfare, health, agriculture and education sectors. The report also highlighted the government’s work for the Scheduled Tribes and Scheduled Caste communities. But it made no mention of what the government did for the minority community.

This omission was striking because the minorities, especially the Muslims who made 27% of the state’s population in 2011 and have been among the TMC’s key support bases. Even for ensuring a third term for the government in the 2021 assembly elections, Banerjee’s party has been heavily dependent on the polarisation of Muslim votes in favour of the TMC.

In the 2019 Lok Sabha elections, Muslim-dominated areas in south Bengal, which makes four-fifth of the state, stood firmly in favour of the TMC. In north Bengal, where Muslims have higher demographic share than in south Bengal, a triangular battle between the TMC, the Congress and the BJP split the dividends between all of them.

Giasuddin Mollah, the minister of state in the minority affairs department, offered only a brief comment arguing that the decision on its omission was the domain of the higher leadership. “This department has performed well, had a significant improvement in budgetary allocation, and its achievements should have found a place in the report card. However, I have no authority to comment on why it was not mentioned,” Mollah said.

Siddiqullah Chowdhury, one of the prominent Muslim leaders of the TMC, however, had no hesitation in admitting that the decision was a conscious one made part of the TMC leadership. “It was intentionally not given. It would have given the BJP the scope for creating a meaningless hullabaloo to downplay all the government’s achievements on the other fields,” said Chowdhury, the minister in charge of mass education and library affairs.

He is also the state unit president of Jamiat Ulama e Hind, a pan-India organisation of Muslim scholars and clerics.

Chowdhury argued that the Muslims of Bengal, who make up more than one-fourth of the state’s population but lagged behind in several socio-economic parameters, had benefitted from the government’s rule so much that they “would not mind this tactical omission aimed at denying the BJP a chance of playing dirty politics”.

Also Read: Armed With Doles, Mamata Banerjee Is Out to Counter BJP’s Popularity Among Her Lost Voters

“During this government’s rule, budgetary allocation to minority affairs department has increased from Rs 472 crore in 2010 to over Rs 4,000 crore for 2020-21. The minorities in the state are made mostly of over 2.5 crore Muslims, 66,000 Christians and 64,000 Sikhs. Buddhists, Jains and Zoroastrians are small minorities,” said Chowdhury.

He added that the government has included nearly 95% of the state’s Muslim population under the Other Backward Classes (OBC) category, which has 17% reservation in education.

While citing some of the government’s achievements for the minorities, he mentioned pre-matric and post-masters’ scholarships that range from Rs 1,100 annually to Rs 60,000 per year, hostel facilities for students in small towns in minority-dominated areas, and educational and entrepreneurship loans under relaxed conditions.

Muslim leaders among Mamata Banerjee’s critics interpreted the omission differently. “Mamata Banerjee’s claims of uplifting the Muslim community are a hoax. The government has only talked big. Had they given the data, their lies would have been caught red-handed,” said Md Kamruzzaman, president of West Bengal Minority Youth Forum.

In West Bengal, one of the BJP’s central charges against the Mamata Banerjee government has been that it has given preferential treatment to Muslims over the Hindus, who made the majority of the population. The BJP has vowed to end the politics of communal appeasement once they came to power.

Even Bengal governor Jagdeep Dhankhar, who is well-known for his acrimonious relation with the chief minister, had accused her of ‘shameless appeasement of the minorities’. 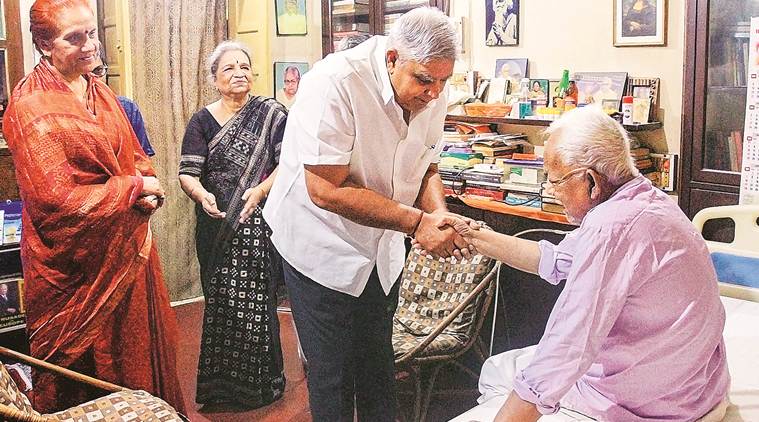 Political observers see this omission as the TMC’s attempt to win over the Hindus, whom the BJP plan to polarise against the TMC citing appeasement of the minorities.

As the government came under criticism for providing a monthly stipend to imams and their helpers, the muezzins, though from the funds of the Waqf board, the government recently announced monthly financial assistance to Hindu priests from the state exchequer.

Talking about the welfare of the people from the SC and ST communities, the government claimed that the budgetary allocation had doubled since 2010 to exceed Rs 2,000 crore in 2020.

According to Samirul Islam of Bangla Sanskriti Mancha, a platform that focusses on Bengal’s cultural heritage, the omission was “a political move to pre-empt the BJP’s attempt to communally polarise the voters ahead of the elections.”

“In any case, I believe the government, instead of giving reports on communities separately, should inform what they have done for people from disadvantaged socio-economic backgrounds of all sorts,” Islam said.

The CPI(M) took digs at the state government for the omission. Md Salim, a politburo member of the CPI(M), accused Mamata Banerjee of introducing the mix of politics with religion in the state.

“In Bengal, politics was never mixed with religion. Mamata Banerjee enabled the BJP’s communal politics. In effect, though, the department’s achievements are a big failure, despite Mamata Banerjee herself holding the portfolio. There has been a scam of a great magnitude regarding stipend and scholarship for Muslims,” Salim said.

The BJP’s state unit president Dilip Ghosh said that the government skipped mentioning the achievements because it would “expose the sharp contrast” in the government’s attitude towards the minorities and the SC, ST communities.

“Besides, the Muslims might also be able to catch her lies,” Ghosh said.