Speaking to the media after the meeting, the West Bengal chief minister said that she invited the prime minister to inaugurate the Global Business Summit which would be held in the state next year. 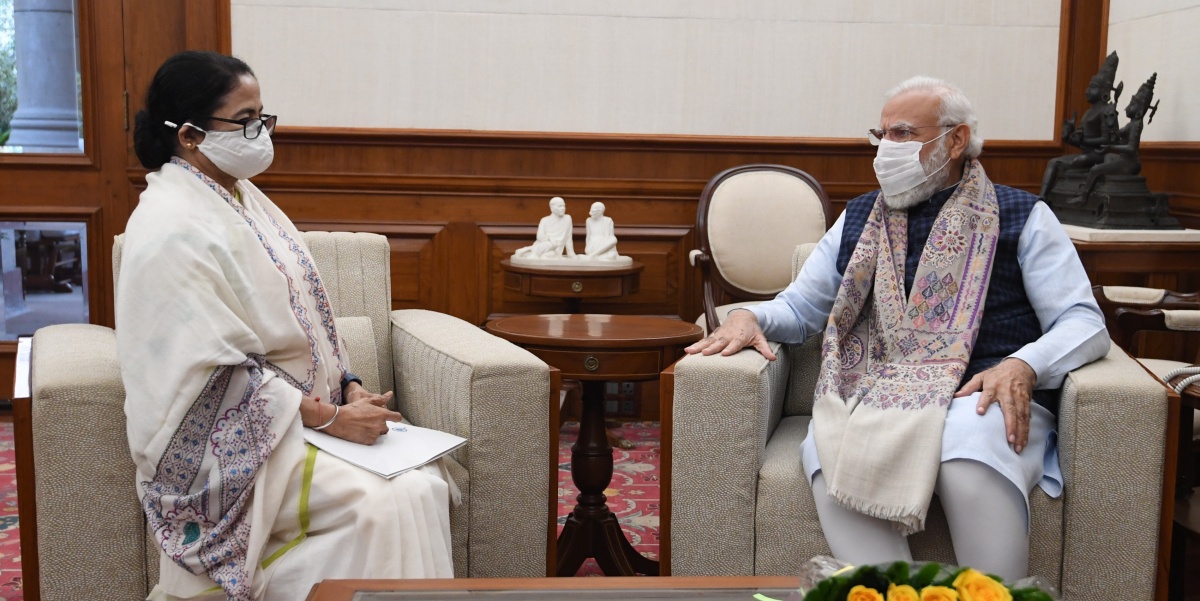 She also told Modi that the federal structure of the country should not be disturbed in any way.

Speaking to the media after the meeting, Banerjee said that she invited the prime minister to inaugurate the Global Business Summit which would be held in West Bengal next year.

The chief minister said that she raised the issue of violence in Tripura in which workers of the Trinamool Congress (TMC) were allegedly assaulted by BJP workers.

The home ministry’s notification extending the jurisdiction of the BSF in some border states has caused controversy. Both the West Bengal and Punjab assemblies have passed resolutions opposing the notification, a largely symbolic move that will not have any effect on the extension of the jurisdiction. While opposition parties have decried the move as a blow to the country’s federal structure, the Union government and the BSF have said that the extended jurisdiction will only aid state police forces in matters of law and order.

On the upcoming Uttar Pradesh polls, she said, “If [Samajwadi Party chief] Akhilesh [Yadav] needs our help, then we are ready to extend help.” Yadav had extended his support to Banerjee and the TMC during West Bengal’s assembly elections earlier this year. He has also been meeting several opposition party leaders to discuss alliances or seat-sharing arrangements.

Banerjee also clarified that she did not seek time with anyone other than the prime minister, saying she understood that leaders are busy with preparation for the Punjab polls. This was perhaps a reference to Banerjee ducking her previous habit of meeting Congress party president Sonia Gandhi whenever she is in Delhi. Several Congress leaders have joined the TMC, most recently Kirti Azad and Ashok Tanwar.

The TMC chief said that she will meet Maharashtra chief minister Uddhav Thackeray and NCP chief Sharad Pawar during her visit to Mumbai on November 30-December 1.