This is the militant politics that honed Mamata Banerjee's skills as a politician. 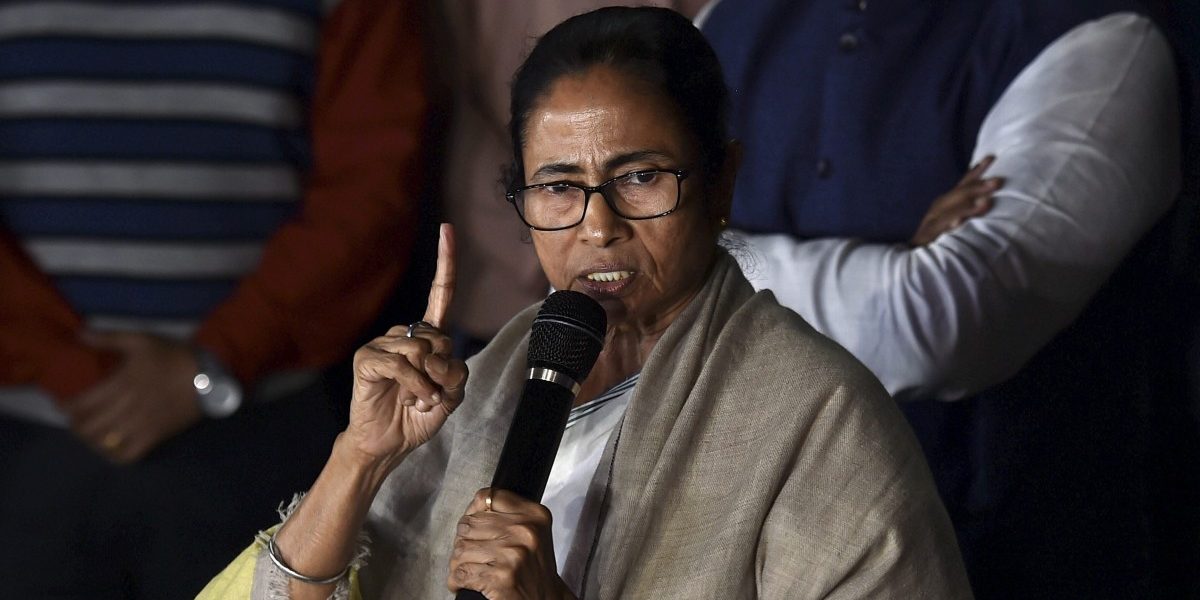 Before dislodging West Bengal’s 34-year-old Left Front government in 2011, Mamata Banerjee’s reputation was essentially that of a street fighter. That as chief minister of Bengal she has now decided to re-enact that role and hit the streets, should perhaps worry the Bharatiya Janata Pary (BJP). Especially when the latest turn of events marked by political vendetta comes at a time the Trinamool Congress chief minister has emerged as a leading light of the opposition conglomerate against the ruling BJP at the Centre.

The latest spat between the Banerjee and Modi governments plays out barely three months before the country braces itself to choose the next Central government. As pre-poll acrimonies spiral, the Centre has turned the heat on opposition-ruled states, especially those led by ‘difficult’ chief ministers like Mamata Banerjee in Bengal and Arvind Kejriwal in Delhi: opposition leaders who have unleashed a no-holds-barred campaign against the BJP.

The latest provocation to the Trinamool Congress government came this Sunday when a Central Bureau of Investigation team landed in Bengal to question Kolkata police commissioner Rajiv Kumar in connection with chit fund fraud cases, including the infamous Sarada case.

Also read | Explainer: What the Standoff Between Mamata Banerjee and the Modi Govt Means

The Kolkata police detained the CBI team before releasing the officials later. Subsequent media reports indicate that the CBI team is planning to petition the Supreme Court to charge the Bengal government with obstructing the due process of law. Besides, the bureau has also approached the Bengal governor with its complaint against the state government.

True to her militant political style, Mamata has, in retaliation, launched an indefinite sit-in protest at Esplanade in Kolkata to protest the CBI’s plans to enter the house of the Kolkata police commissioner. BJP leaders, in the meanwhile, have demanded the imposition of President’s Rule, pleading a breakdown of law and order in the state.

It may be pertinent to remember in this context that Bengal, along with Andhra Pradesh, has withdrawn the “general consent” usually given to the CBI to launch investigations in states sans prior permission of the respective governments. The Left Front government granted this permission in the 1980s.

Equally, it would be illuminating at this juncture to cast a look back at some slices of history when Mamata was one of the militant faces of opposition against the Left Front government. And the time, she had employed the same agitational modes – in this case, a dharna – to great effect. Such episodes of militancy may convey to the BJP the enormous challenges that they are up against in the fractious run-up to the elections.

Like Delhi chief minister Arvind Kejriwal, Mamata has not shied away from taking to the direct agitational path – especially on occasions when it appeared that the BJP was ready to resort to all means, fair or foul, to clip the wings of the opposition. Kejriwal, too, had faced flak after launching a dharna outside the Rail Bhawan against policemen who apparently refused to help then law minister Somnath Bharti to raid a suspected drug and prostitution racket in a south Delhi neighbourhood.

Also read | 2019 Elections: Who Says There is No Alternative?

Let’s now delve deeper into history and revert to an incident testifying to Mamata’s militant tactics. On January 7, 1993, Banerjee, then a Youth Congress leader, barged into Writers’ Buildings and sat in dharna in front of the chamber of then chief minister Jyoti Basu. She was demanding justice for an alleged rape victim.

Even as tension mounted, Mamata refused to abandon her dharna and continued to sit outside Basu’s office till the police caught her by her hair and dragged her out of the building. She was later locked up.

The narrative doesn’t end here. Seventeen years after that incident, Manish Gupta, who supervised that operation, joined the Trinamool Congress and was fielded as one of Mamata’s candidates in the Jadavpur constituency – where he fought against then chief minister Buddhadeb Bhattacharjee.

On another occasion, August 24, 2008, Mamata began an indefinite dharna against the Communist Party of India (Marxist) chief minister Buddhadeb Bhattacharjee-led Left Front government’s move to hand over 1,000 acres of multi-crop land to Tata Motors for a Nano manufacturing plant.

The BJP should perhaps wake up to the fact that Mamata cut her teeth in opposition politics; this is the militant politics that has honed her skills as a politician. In fact, this was the reason there was a question mark over her ability to govern as chief minister when her party came to power in 2011. The question that was debated widely was whether or not Mamata Banerjee would be able to make that transition, from being a street fighter to an able administrator.

Now that the TMC leader has led her party to two consecutive victories, her ability to govern may no longer seem such a critical question as it was prior to 2011. What the BJP has managed to do is to drive the once street fighter back to the streets. The is something that should worry the BJP.

At a broader level, the fight between the Centre and Bengal is an old one. In the past, the Jyoti Basu-led Left Front government fought first the Indira Gandhi and later Rajiv Gandhi-led Congress regimes at the Centre. Political vendetta was a part of Delhi durbar culture even back then. Yet a qualitative difference – a further debasement of this culture of brazen hunting down of opposition leaders – seems to have become institutionalised now.

From targeting opposition leaders through various means to deepening existing faultlines along religion and caste, the 2019 elections are going to put Bengal through a critical wringer. A communally sensitive state known for a violent political culture, it seems to be pushed more and more towards greater violence and bloodshed.

The question is: how will Mamata Banerjee deal with this? The latest dharna seems to suggest that like Kejriwal, the TMC leader will slip into her quintessential agitator’s role to try and checkmate an aggressive BJP.