'Was Pushed by 4-5 People': Mamata Banerjee Hurt While Campaigning at Nandigram

The Bengal chief minister said the attack on her was a "conspiracy". 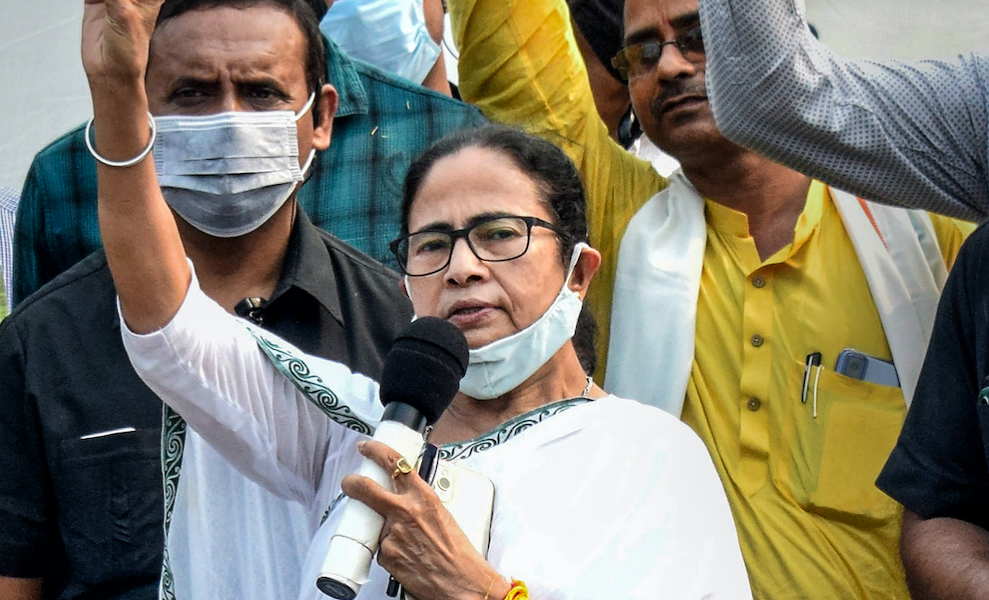 Kolkata: West Bengal chief minister Mamata Banerjee was injured while campaigning in Nandigram on Wednesday, March 10. The Trinamool Congress chief has said that this was a conspiracy against her and that she was pushed by four to five people.

Local media has reported that the incident took place while Banerjee was emerging from a temple in Reyapara. Banerjee has sustained injuries to her head, forehead and leg. She has decided to suspend campaigns – originally scheduled until March 11 morning – and head back to Kolkata, 132 kilometres away from Nandigram.

When reporters intercepted her car, she told them that the four or five people were outsiders who had entered the crowd. “The push was intentional. There was conspiracy behind it,” she said.

She also highlighted to reporters the fact that her leg had sustained some swelling.

#WATCH West Bengal CM Mamata Banerjee in Nandigram says she has suffered an injury in her leg after few people pushed her when she was near her car pic.twitter.com/D1l00MU7xw

In the absence of police officers at the scene, Banerjee’s bodyguards had lifted her to her car, Anandabazar Patrika has reported.

Banerjee had gone to Reyapara after filing her nomination for the Nandigram assembly seat, where she will take on her former confidant and BJP leader Suvendu Adhikari.

The seat played host to the anti-farm land acquisition movement which propelled her to power in 2011.

Adhikari, who will file his nomination paper for the seat on a later date, called her an “outsider” to Nandigram and has said he was a son of the soil.

He had won the Nandigram seat in the 2016 assembly polls.