While the BJP has refuted claims that the arrest and jailing of the Congress leader is not vendetta politics, Surendra Singh's statement suggests otherwise. 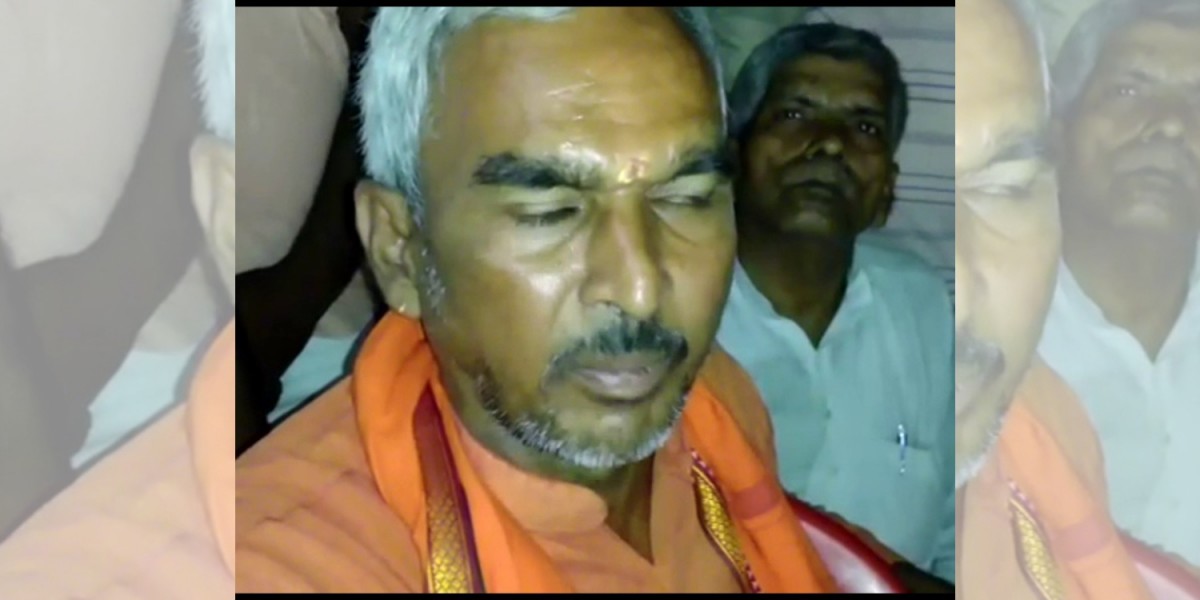 New Delhi: While the BJP has rejected accusations that the arrest and subsequent jailing of Congress leader P. Chidambaram is ‘political vendetta’,  a party MLA from Uttar Pradesh has “warned” West Bengal chief minister Mamata Banerjee to “mend her ways” or face the “same fate” as the former finance minister.

Surendra Singh, the MLA from Bairia assembly constituency, said the Trinamool Congress supremo should “become the prime minister of Bangladesh” as she was opposed to the National Register of Citizens (NRC).

“The statements made by Mamata Banerjee against the NRC show that she is backed by foreign forces,” Singh told reporters here on Saturday. “It seems that Mamata is forgetting that bad days are approaching her. She should change her language and behaviour otherwise she will meet the same fate as Congress leader P. Chidambaram,” he said.

Singh’s statements suggest that the action taken against Chidamabaram in a money laundering case related to the INX Media group is under pressure from the BJP. The Congress and some other parties have accused the ruling party of vendetta politics, accusing the Centre of ‘misuing’ Central agencies. The arrest of Karnataka Congress leader D.K. Shivakumar has also come under similar criticism.

On September 13, Mamata Banerjee conducted a rally in Kolkata against the NRC in Assam. The final NRC was released on August 31, in which 19 lakh people were excluded. After the rally, the TMC chief had said that she will not allow the Centre to conduct a similar exercise in West Bengal.

Singh, however, said: “If Mamata wants to do politics by protecting the infiltrators from Bangladesh then she should become the prime minister of Bangladesh.”

“In Bengal, lord Ram and lord Hanuman respectively in form of Amit Shah and Yogi Adityanath have appeared, and in the next assembly elections, there will be a change of power in the state,” the BJP legislator said.

The Bairia MP has in the past made several misogynistic and communal statements, including comparing Banerjee to Surpanakha for apparently turning a blind eye towards Hindus. He compared BSP chief Mayawati to a “buffalo”, saying she could not be taught any etiquette.

The BJP leader also defended now expelled BJP MLA Kuldeep Sengar, who is accused in the Unnao rape and murder cases. Singh then said, “I am speaking from the psychological point of view, no one can rape a mother of three children. It is not possible. This is a conspiracy against him [Sengar].”

This has given credence to the opposition’s claims that investigative agencies are being misused by the Centre to silence or corner the BJP’s detractors.