Mahishasura and the Minister

Why the HRD minister's angry reference to ‘Mahishasura Martyrdom Day’ celebrations at JNU may raise more questions than she likes. 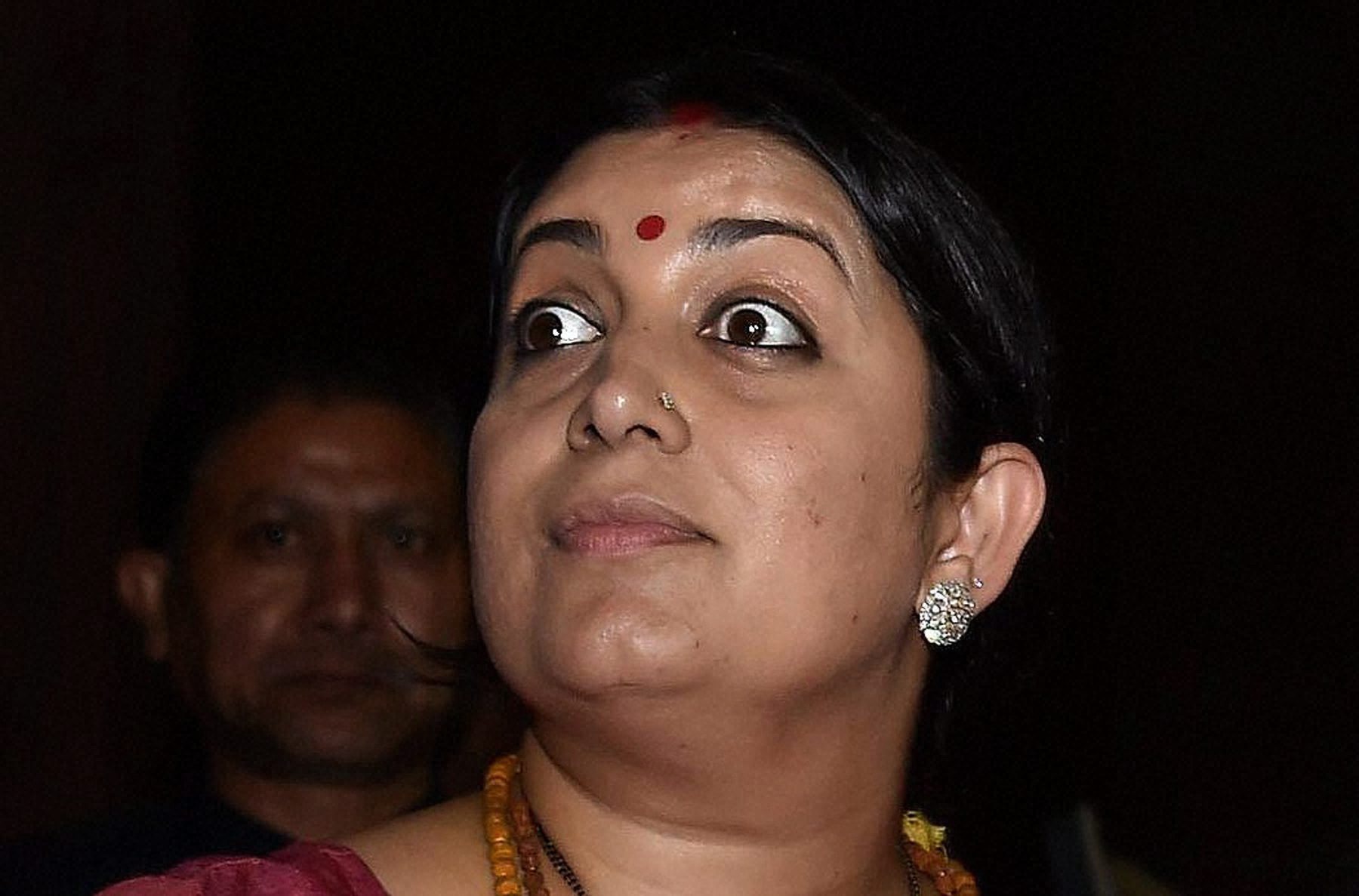 New Delhi: In her Lok Sabha speech on Wednesday, HRD minister Smriti Irani responded to criticism of the government’s handling of recent events in JNU by alleging that several “anti-national” events had taken place at the campus.

The celebration of ‘Mahishasur Martyrdom Day’ featured on this list. Asking her “god to forgive” her, she read from a pamphlet allegedly brought out by the organisers of the event:

“Durga Puja is the most controversial racial festival, where a fair skinned beautiful goddess Durga is depicted brutally killing a dark-skinned native called Mahishasura. Mahishasura, a brave self-respecting leader, was tricked into marriage by the Aryans. They hired a sex worker called Durga, who enticed Mahishasura into marriage and killed him after nine nights of honeymooning, during sleep”.

“What is this depraved mentality?” Irani asked the house after she finished reading. “I have no answer for it”.

Idea behind the event

The event in question was held in JNU on October 9, 2014 by the All India Backward Students’ Forum (AIBSF).

Anil, a JNU student and member of AIBSA who was one of the organisers, spoke to The Wire about the intent of the event. “We were celebrating Mahishasura Martyrdom Day because he is an icon for the adivasis and other marginalised people in India”, he said. Historically, it was the adiviasis who were called demons, for instance the ‘Asur’ community who also worship Mahishasura. How can you dishonour your own citizens? It is against the constitution”. The Asur tribe is classified as a ‘particularly vulnerable tribal group’ by the Indian government.

“The aim was not to have some sort of new prayer meeting”, he added. “It was to try and understand contemporary society and why it is a certain way. It was looking at literature and history, and the transfer of societal values. We are not saying that nobody should worship Durga, it is the people’s right [to do so]. But at the same time, why must you show Mahishasura dying? That is hurtful to those, especially marginalised sections, who have a different view of the story”. One of those who spoke at the “anti-national” event was BJP MP Udit Raj. Why he attended and what he thought of Irani’s attack on ‘Mahihasur Martyrdom Day’ is not clear; Raj was not available when The Wire tried to reach him for his comment.

Anil also added that the allegations Irani made in parliament were not to be taken at face value. “What Irani said was totally fabricated. The things she said we wrote in our pamphlet were in fact from an ABVP pamphlet, where they claimed to be quoting what we had said. But she is making it sound like we said it. The JNU administration may have given her the pamphlets, but that does not make them ‘certified’. They simply collect them”.

“The question is from which point of view we look at both history and contemporary life. Every community has their own heroes. Smriti Irani is making an unnecessary issue of this, though I would say that it is good that she brought it up, maybe it will open up discussions”, Anil said. “This celebration happens all over the country, not just in JNU but also in West Bengal, Jharkhand, UP, Bihar and Karnataka. This is nothing new. If she is so against this ‘demon’, she should ask the ASI why it protect monuments in his honour”.

The office of the Forward Press magazine was raided by the police a few days before the event. Their October 2014 issue contained a reading of the Durga and Mahishasura story from “a Bahujan perspective”. All copies of the issue were confiscated, and four members of its staff were detained. This happened after two ABVP students from JNU claimed that the issue portrayed Durga in a bad light, and “created caste tensions”. The paintings of Lal Ratnakar, a Santhal painter, were also seen as offensive and hurtful to sentiments. “Mahishasura was portrayed as a Yadav king, and the complaint from the RSS’s supporters argued that we were creating divisions between Yadavs and Brahmins”, consulting editor at Forward Press Pramod Ranjan told The Wire.

“There is no one Hindu narrative. The Hindu religion encompasses lots of different people and traditions. What people like Smriti Irani are trying to is push a Brahminical narrative that promotes inequalities”, Ranjan said. “We are trying to put forward the voices that aren’t heard, the voices people aren’t willing to hear”.

The case on this is still pending in court.

Echoes of BJP-Congress spat in 2006

If Irani betrayed her lack of knowledge of how different communities in India have alternative readings of the Durga-Mahishasura myth, this is not the first time her party has been wrong-footed by its understanding of the Hindu goddess.

In 2006, BJP MP Vijay Kumar Malhotra attacked the UPA government in the Lok Sabha for “insulting” Durga in an MA textbook used by IGNOU by saying she drank alcohol.

Responding on behalf of the UPA, Pranab Mukherjee pointed out that the statement was not wrong.” The Indian Express reported:

He then proceeded to read out Sanskrit stanzas from the third chapter (adhyaya) of the Sri Durga Saptashati — famous in Bengal as the Chandi Path — on the battle between Goddess Durga and the demon Mahishasura. The shlokas describe how the goddess drank once, and then again and again, in the midst of battle, her eyes bloodshot — as red as the rays of the rising sun.

His intervention did not go down well with the BJP benches although no saffron MP could counter the scripture or question its authenticity. They continued shouting about the UPA government’s disregard for religious sentiments and the House was adjourned.

The BJP’s charge cut little ice with Mukherjee who comes from a family of priests. “If these people do not know their religious scriptures, it is not my fault,” Mukherjee told this reporter later. There was no need, he agreed, to incorporate these facts in college textbooks but to question the authenticity of the scriptures smacked of ignorance.

“When Ma Durga was offered all the equipment for battle by different gods, the last was a drinking vessel given to her by Kubera. In our part of the world, even a schoolchild knows this. I don’t know why these people are making such a fuss,” he added.

The irony is that in 2016, the BJP continues to consider deviations from its own reading of the Durga legend to be unacceptable while the Congress, instead of urging respect for India’s diverse traditions, is accusing Irani of blasphemy for having quoted from what is purported to be the ‘Mahishasura Martyrdom Day’ pamphlet from JNU.