By Invoking the Gandhi-Birla Equation, Modi Has Opened Himself up for Scrutiny

If Narendra Modi believes that Gandhi was a voice to be followed in dealing with the Indian capitalist class, perhaps he should also pay attention to what the Mahatma had to say on the questions of communalism and citizenship. The summer heat has finally subsided but the political temperature is on the rise in India. The prime minister came to power in 2014, capitalising on a deep and justifiable revulsion against the corruption of the UPA dispensation and the inability of Manmohan Singh to stand up and be counted as a leader when it mattered. But the rosy narrative of hope and expectation has now collided against the bleak reality of life in India for the past four years and more. On the economic front, the contradiction between the rhetoric of zero tolerance of corruption and the brazen nature and mammoth scale of crony capitalist loot is evident to the public. To take specific examples, if there is scepticism of the government’s reasoning on why the costs of the Rafale deal cannot be disclosed even to the elected representatives of the country, there is also loud mockery of a certain ‘institute of excellence’ that does not as yet exist! In both instances, there is a rather well known industrial family name to reckon with.

In this context, even the tattered sails of the Opposition parties are able to harness a light breeze if not the full motive power of the monsoon winds. A prime minister once presumed to be invincible is no longer able to ignore the charges of collusion and corruption. But Narendra Modi seems to believe in the maxim that attack is the best form of defence. Speaking at a public event recently, he accused the Opposition leaders of hypocrisy and argued that while they were subservient to big business interests, “you can’t find a single photograph of them with any industrialist”. According to a newsreport in the Hindu,

Mr. Modi then went on to cite the example of Mahatma Gandhi who had stayed in the house of leading industrialists, the Birlas, despite his “pure life.” Mr. Modi said Gandhiji “never hesitated in standing next to Birlaji” as “his conscience was clear.” 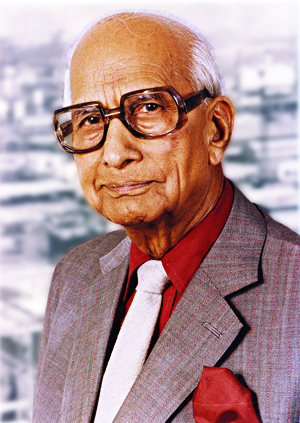 By using historical analogy, the prime minister has unwittingly opened himself up for scrutiny against terms of his own definition. Firstly, the use of a Gandhi-Birla-also-did-it argument brings up associations of a highly dubious variety. In 2003, Dilip Singh Judeo, a minister in the Vajpayee government was caught accepting a bribe on tape. When questioned by the media, Judeo had brazenly argued that his taking of a bribe was much like Gandhi’s acceptance of financial contributions from G. D. Birla. Secondly, even if the Judeo incident is now largely forgotten, surely everyone is aware of the political ideology of the man who assassinated the Mahatma when he was a guest at Birla’s Delhi home. Incidentally, it is important to note that if Birla was the Mahatma’s host in 1947-48, in earlier periods, Gandhi had multiple hosts in Delhi including the Christian educationist Sushil Kumar Rudra and the veteran Congressman Mukhtar Ahmed Ansari.

There has been much ink spilt on the question of Gandhi’s relationship with India’s capitalist class. Much of it is written from a leftist perspective that sees capitalism as an unmitigated evil and by induction, Gandhi’s relationship with capitalists as one of compromise against the interests of the proletariat. Gandhi did have close personal relationships and accepted financial contributions from capitalists such as Ambalal Sarabhai, Jamnalal Bajaj and Ghanshyam Das Birla. But it would be incorrect to infer that such associations meant that Gandhi only promoted the interests of big business.

In a broader sense, Indian capitalists were averse to the mass mobilisation orchestrated by the Congress under Gandhi’s leadership as they saw it as a threat to their economic interests. At the same time these businessmen smarted against the constraints imposed on them by a colonial regime. By the late 1920s, unable to ignore the growth of nationalism, India’s capitalists began to build an uneasy and cautious alliance with the Congress. G. D. Birla played a special role in this entente and walked the tightrope of maintaining equations with both the Raj and the Congress. But Birla’s equation with Gandhi was also of a deeply personal nature. Indeed, as their extensive correspondence shows, the two men disagreed on many counts, but Birla continued to support many of Gandhi’s ashram activities as well as a range of constructive programmes.

For his part, Gandhi did not see Indian business as a class enemy. During the civil disobedience campaign of 1930, Gandhi chose the salt tax as his symbolic target as it affected every segment of the Indian society. But if we consider the so-called 11 demands he placed before Viceroy Irwin on the eve of the march to Dandi, the second item on the list was a change of the sterling-rupee conversion ratio that was a major issue for Indian capitalists. At the same time, while he openly accepted the hospitality and financial contributions of Birla and others, Gandhi was not subservient to their interests. Moreover, in all the shrill tirades against Gandhi, there is scarcely a recognition that while he subsumed Indian business interests within that of the nation as a whole, by the time of the civil disobedience campaign there was increasing divergence and disagreement between Gandhi and many of the capitalists that he was intimate with. Picture of Gandhi during the Salt March in March 1930. Credit: Wikimedia Commns/Public Domain

From 1928, Gandhi was increasingly concerned with the vexing problem of fake khadi. The rising interest in the political cause for freedom also lead to an accompanying growth in the demand for khadi. Many of the textile industries, especially in western India, exploited this situation and marketed their mill manufactured cloth as khadi to an innocent public. To make matters worse, big business argued that its manufactures were swadeshi by the dint of the fact that the owners were Indians.

By 1934, Gandhi had made up his mind to resign from the Congress and devote his energies towards the improvement of the village economy. It was during this period that he also confronted big business. He argued that the promotion of Indian capitalist interests in the name of swadeshi was nothing but “practising self-deception”. Stripped of politesse, he was accusing Indian capitalists of cheating the public by exploiting the groundswell of nationalism.

Prior to his resignation, Gandhi went further and got the Congress to adopt a policy that henceforth the promotion of swadeshi would be restricted to cottage and small-scale industries. Moreover, the exclusion of big business from the ambit of the definition of swadeshi was an explicit “recognition of the fact that the large and organised industries which can or do command State aid are in no need of the services of Congress organisation or any Congress efforts on their behalf.” It goes without saying that Indian big business refused to accept this ‘new definition of swadeshi’ of the Mahatma. While they remained polite with each other and personal relationships endured, the break between Gandhi and Indian capitalism was evident. From then on, Indian big business ensured the promotion of its interests through channels of engagement with the Congress party, including participation in the activities of the National Planning Committee.

But to return to the present, if Gandhi’s relationship with businessmen like Birla is to be invoked by Prime Minister Narendra Modi, perhaps he should also draw lessons from other activities of the Mahatma. Opposed to communalism of all stripes, in 1946-47, Gandhi had walked the lonely and difficult path of reconciliation in Noakhali where Hindus were the victims of attacks by Muslims. But soon he was fighting against the violence perpetrated against Muslims in Bihar. Till the end of his life, Gandhi fought against the fires of communal hatred and bigotry.

On December 19, 1947, Gandhi visited a refugee camp of the Muslim Meos who were driven out of the Alwar and Bharatpur regions and were trying to migrate to Pakistan. By then the partition of India was a fait accompli, but Gandhi was unwilling to accept the division of the people of India along religious lines. He persuaded many of the members of his audience to stay back in India. He also argued that “the Meos were subjects of the Indian Union and it was its duty to help them to reclaim themselves by providing them with facilities of education and establishing settlements for them to settle in.”

In recent days, Rakbar Khan, a member of the Meo community in Rajasthan was lynched in the name of cow protection. News reports have suggested that the police also failed in their duties as they took an inordinately long period of time to move the victim to a hospital. If Narendra Modi believes that Gandhi was a voice to be followed in dealing with the Indian capitalist class, perhaps he should also pay attention to what the Mahatma had to say on the questions of communalism and citizenship. Will he ensure that justice is delivered in the Rakbar Khan case and also take steps to ensure that the Meos of Rajasthan – and Muslims everywhere – can live without fear as equal citizens of the Republic of India?