In Maharashtra, Congress Proved to be Its Own Enemy

While some Congress leaders branded the Vanchit Bahujan Aghadi as the BJP's 'B team', the margins with which the grand old party's candidates lost proves that it did not need an "enemy". 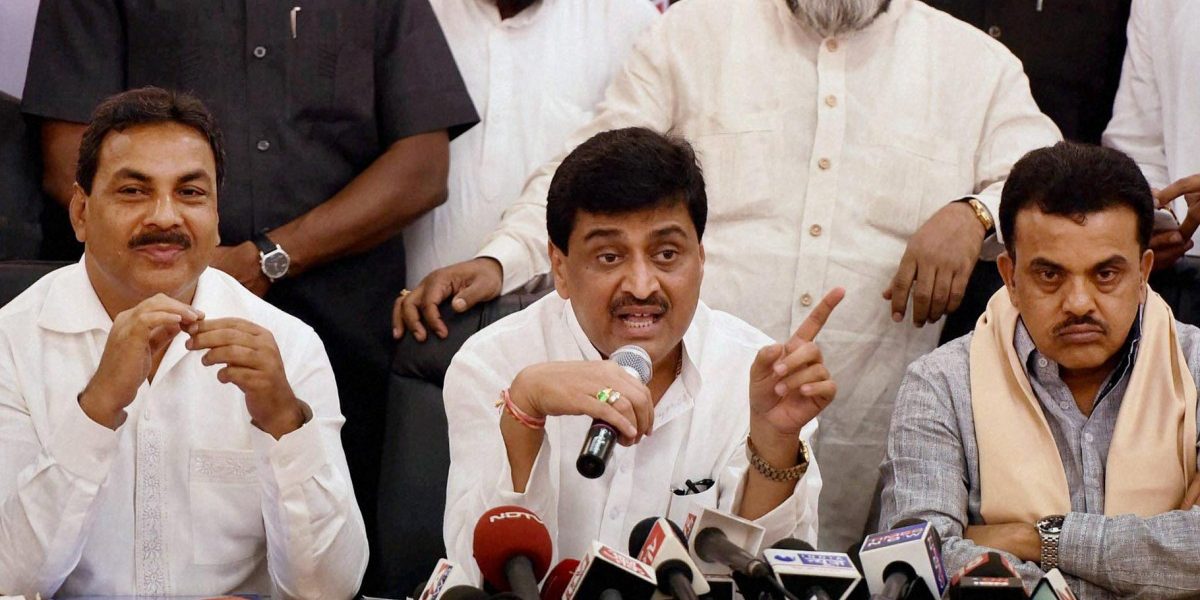 Mumbai: Early this year, when talks of a pre-poll alliance in Mahrashtra between the Congress party and the newly floated Vanchit Bahujan Aghadi (VBA) failed, anti-caste leader and veteran politician Prakash Ambedkar was heavily criticised for demanding much more than his “party’s worth”. The Congress and its supporters were prompt in branding Ambedkar’s party as a “B” team of the BJP.

The Congress was completely decimated in the state, with just one seat to its credit. Its ally, the National Congress Party (NCP) performed poorly, winning just four seats. The VBA is now being accused of causing the party’s defeat in the state.

But a closer look at the vote shares and winning margins of the BJP and its ally Shiv Sena’s candidates show that the Congress did not need an “enemy”. The party has proven to be its own enemy. Senior state party leaders have attributed various reasons for its debacle, and feel the VBA only added to the existing problems.

Also Read: Maharashtra’s VBA, an Alliance of the Excluded, is Attempting a Social Transformation

In almost all seats that the NDA won, the margins were over a lakh. In nearly 20 seats, NDA candidates secured victories with over two lakh margins. In seats where the margins have been high, the VBA’s existence was next to inconsequential. For instance, in Raver constituency in the northern belt of the state, the BJP candidate Nikhil Khadse received 6,55,386 votes. The Congress’s candidate Dr. Ulhas Patil managed only 3,19,504 votes. The margin here is a shocking 3,35,882‬ votes. In the constituency, the VBA candidate Nitin Kandelkar polled only 88,365 votes.

Similarly, take the example of Mumbai North, where the Congress’s debutante politician and actress Urmila Matondkar polled 2.41 lakh votes. The BJP’s Gopal Shetty was reelected with 7.06 lakh votes. His winning margin is 4,65,247 votes, even better than in 2014, when the margin was 4,56,399 votes against Sanjay Nirupam.

In the Scheduled Tribe reserved constituency Gadchiroli-Chimur, the Congress’s Dr. Namdeo Usendi managed over 4.42 lakh votes, around 70,000 lesser than the BJP’s Ashok Nete, who won. Here, only five candidates were in the fray, the least in the state. In this constituency, the VBA, and two other anti-caste, Ambedkarite parties – Bahujan Samaj Party and Ambedkarite Party of India – polled over 1.55 lakh votes, almost double the winning margin. 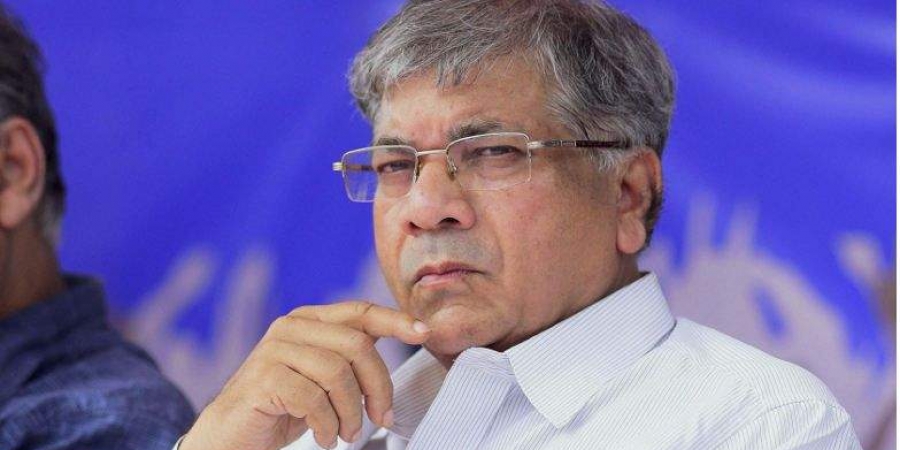 A much larger issue

The Congress’s state spokesperson Sachin Sawant says the winning margin points to a much larger issue. “Across the state, the margin has been high. It is a matter of huge concern for the party on how to understand this voting pattern,” Sawant told The Wire.

On the VBA’s causing supposed damage to the party, Sawant says, “The Congress did not fail just in Maharashtra, but across the country, the voting pattern has been of a certain kind. Certainly, Ambedkar’s party was able to cause us trouble in a few constituencies as they managed to divert the “secular votes”. But it is not like if VBA were to not exist, Congress would have grabbed those seats. We need deeper introspection here,” Sawant added.

It is important to note that the VBA is a unique experiment initiated in the state, under the leadership of Ambedkar. Over 200 big and small social, anti-caste organisations have come together under one umbrella. Parliamentarian Asaduddin Owaisi’s All India Majlis-e-Ittehadul Muslimeen (AIMIM) is also a part of this umbrella party, bringing the Bahujan and Muslim communities together. AIMIM’s Imtiyaz Jaleel was the only candidate to have won from the Aurangabad constituency in the Marathwada region of the state.

The seats where the Congress and NCP clearly lost due to the VBA’s presence were Buldhana, Nanded, Gadchiroli, and Parbhani. Here, the VBA candidates did far better than in other constituencies and the party has polled marginally more than the winning margin.

Nanded’s incumbent MP Ashok Chavan had managed to retain his seat in 2014 despite the “Modi wave”. But this time, a considerable number of votes were diverted to the VBA, and he lost with a margin of just 40,000 votes. In Nanded, the VBA candidate Yashpal Bhinge managed over 1.65 lakh votes. Chavan took complete responsibility for his defeat in his stronghold and also for the Congress’s poor performance in the state. “I accept responsibility for our defeat. We relentlessly raised peoples’ issues and took on the government, but it is sad that we could not succeed,” Chavan said.

The sole Congress candidate to be elected is Suresh Dhanorkar from Chandrapur. He was previously with the Shiv Sena. A last minute decision to replace the party’s original candidate, Vinayak Bangade, with Dhanorkar was key in the party winning the seat. Senior party leaders feel the situation on the ground was so bad that that “a Sena karyakarta had to save the party in the state”. 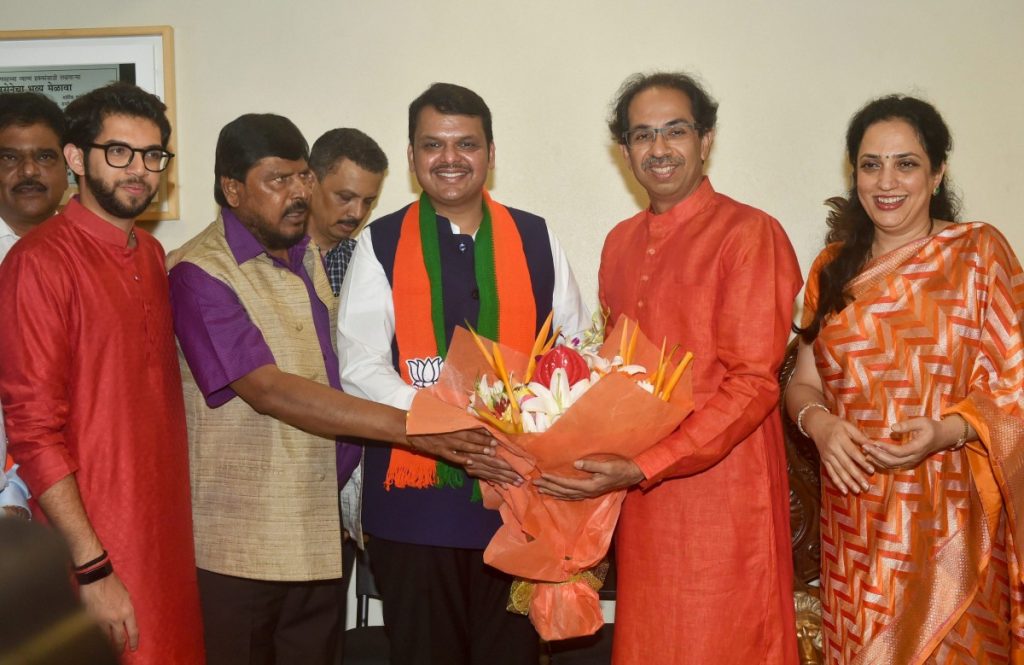 Other smaller UPA allies like the Swabhimani Paksha, led by farmers’ leader Raju Shetti, lost both the Hatkanangale and Sangli seats in western Maharashtra. Shetti lost to Sena’s Dhairyasheel Patil by over 96,000 votes and the VBA candidate Aslam Badshahaji Sayyad managed to poll over 1.23 lakh votes.

In April, Shetti told The Wire that he was keen to go with VBA. However, when the VBA did not form an alliance with the Congress, Shetti chose the latter. Shetti termed his decision to go for a pre-poll alliance with the Congress as a compromise made to save democracy. He lost the Hatkanangale seat and Vishal Patil lost the Sangli seat. “Ambedkar was more than willing to forge an arrangement with Shetti. If he were to come along with us, we would not have required to field a candidate in Hatkanangale,” said Sujat, Ambedkar’s son and also an emerging party leader.

Ironically, Shetti’s second candidate Patil is a chairperson of a sugar cooperative, which Shetti has been ideologically opposed to. In Sangli, VBA’s candidate, Gopichand Padalkar, an influential leader belonging to the Dhangar caste, polled over three lakh votes.

Besides the disagreement over seat- sharing, Ambedkar was also opposed to Sharad Pawar’s “dynasty politics”. Ambedkar accused Pawar of playing “non-secular” politics. In Akola, Sujat claims, Ambedkar fell clearly because a Congress man, who is also a “Pawar’s man” was pitted against him. “If these accusations apply to us, it should also apply to the Congress. In Akola, especially, when the Congress is aware that Ambedkar had a fair chance of winning, they still decided to field a candidate. It only helped the BJP. If it is about a secular party winning, why did the Congress not let go of that seat?” Sujat asked. In Akola, Ambedkar stood second and the Congress candidate Hidayatullah Patel third. The BJP’s Sanjay Dhotre won with a comfortable margin of over 2.75 lakh votes.

Ambedkar was also opposed to the Congress’s choice of candidates. For example, in Pune, the party decided to field a Brahmin, Mohan Joshi, against the BJP’s Girish Bapat. Pune is where Ambedkar and other anti-caste groups had begun their agitation last year following attacks of Dalits visiting Bhima Koregaon in the city outskirts on January 1. “They in-principle never agreed to the VBA,” Sujat claims.

Overall, the VBA’s performance for a newly floated party has been impressive, with over 41 lakh votes polled and about 9% of the vote share in the state. The Congress’s vote share was slightly better, at 16.3%.

Suryakant Waghmore, a political sociologist at the department of humanities and social sciences, IIT-Bombay, terms the VBA’s performance as “an extraordinary one”. “In this election, people were voting to elect their prime minister and not their state’s chief minister. They knew they were exercising their consolidated votes against both Modi and the Congress party. I guess this is the first time in Maharashtra that we can see a genuine possibility of a third front. And that too a Bahujan third front. It is a great sign.”

Also Read: How Women Candidates Fared in the 2019 Elections

Waghmore also points at the strategies that seem to have worked in the VBA’s favour. “The VBA used ‘identity’ as a matter of pride for the marginalised and mobilised them for justice. This helped in galvanising the Bahujan masses in Ambedkar’s favour,” he said

Even if the VBA managed to win just one seat from Aurangabad, Waghmore says it will prove to be crucial. “It will boost both the VBA’s and MIM’s morale in the state. Also, most importantly, Jaleel’s victory reiterates that the Muslim community, which had traditionally voted for the Congress, has an alternative,” he said.

In less than six months, Maharashtra goes to polls once again for its 288 assembly seats. Sawant said the Congress will be open to form a coalition with the VBA in the state. “If we have to counter right-wing parties like the BJP and Sena, secular fronts will have to work together. We will be open to working with the VBA in the state assembly elections,” Sawant said.