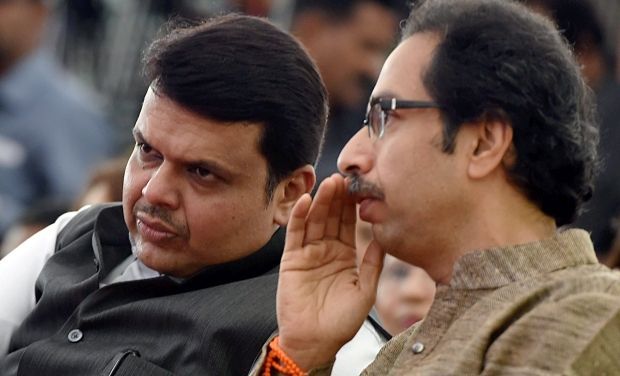 Soon after Shiv Sena founder and supremo Bal Thackeray died on November 17, 2012, the party began a hunt for a fitting memorial to him in Mumbai. On the third anniversary of his death, Maharashtra chief minister Devendra Fadnavis announced that the government would hand over a prime piece of property for the memorial, thus fulfilling the demand of his troublesome ally. Almost immediately after the announcement, the decision has run into trouble.

There might be problems on the environmental front too, since any construction near the high tide line has to be cleared by various authorities. The property in question is a magnificent, sea-facing bungalow where the city’s first citizen, the Mayor lives while in office. The bungalow, which is over a century old, stands on four acres of prime property in the Shivaji park area, where the Sena has held its annual rally for five decades.

The first open salvo against this decision came from Raj Thackeray, estranged cousin of the current Sena chief Uddhav Thackeray. Calling the Sena a party of “land grabbers”, Raj said at a press conference, “The Sena have been eyeing the Mayor’s bungalow for a long time. They only want it in the name of Balasaheb. We cannot let this happen because selfish and personal interests are responsible for this decision.”

His objection is as much political as personal. Raj lives in Shivaji Park and knows that the residents of the area – mostly middle-class Maharashtrians – are appalled at this blatant attempt to take over public property. They are equally aghast – like much of the city – that the government will spend an undisclosed amount of public money to set up a memorial for a man who held no public office.The Chief Minister did not share how much the outlay for the Thackeray memorial would be, saying, “Balasaheb’s contribution to Maharashtra cannot be weighed in money. The government will spend as much as is required,” Chief Minister Fadnavis said. Raj Thackeray has asked citizens to protest the government’s move.

But Raj is also taking a political stance against the Sena and the BJP, knowing fully well that the Maharashtra government’s announcement was clearly a BJP tactic to buy peace from the Sena, which, despite being a part of the coalition government, has been a recalcitrant ally. Not a day goes by without the Sena sniping at the BJP and even at Narendra Modi; the BJP chafes at this but cannot do much. The BJP hopes that this will keep the Sena satisfied.

On its part, the Sena’s rank and file has been frustrated by the lack of progress on a memorial for their hero. In 2012 the state was ruled by the Congress-NCP combine, which paid lip service to the idea of setting up a memorial but did not move on it. That the Sena, despite being in power, has not been able to get the government to fulfil its demand irks the party’s leaders and activists. This announcement is expected to assuage their feelings.

Other political parties such as the Congress have been quick to seize upon the Supreme Court’s ruling and said that while they are not against the idea of a memorial, the law should be followed.

The legal difficulties as well as political and public opposition — much of it articulated on the social media — could throw a spanner in the works. Questions are being raised about why the government – which is facing severe financial constraints – should be spending money on a private citizen’s memorial. Why can’t the Sena build its own memorial for its founder by buying land or in its headquarters, also in the Shivaji Park area, it is being asked.