In 10 Steps, Here’s How Modi and Shah Managed the Murder of Democracy in Maharashtra

The two leaders knew they could not afford to let the Maharashtra government out of their hands and had prepared the ground, from day one, to ensure the BJP returned to power. 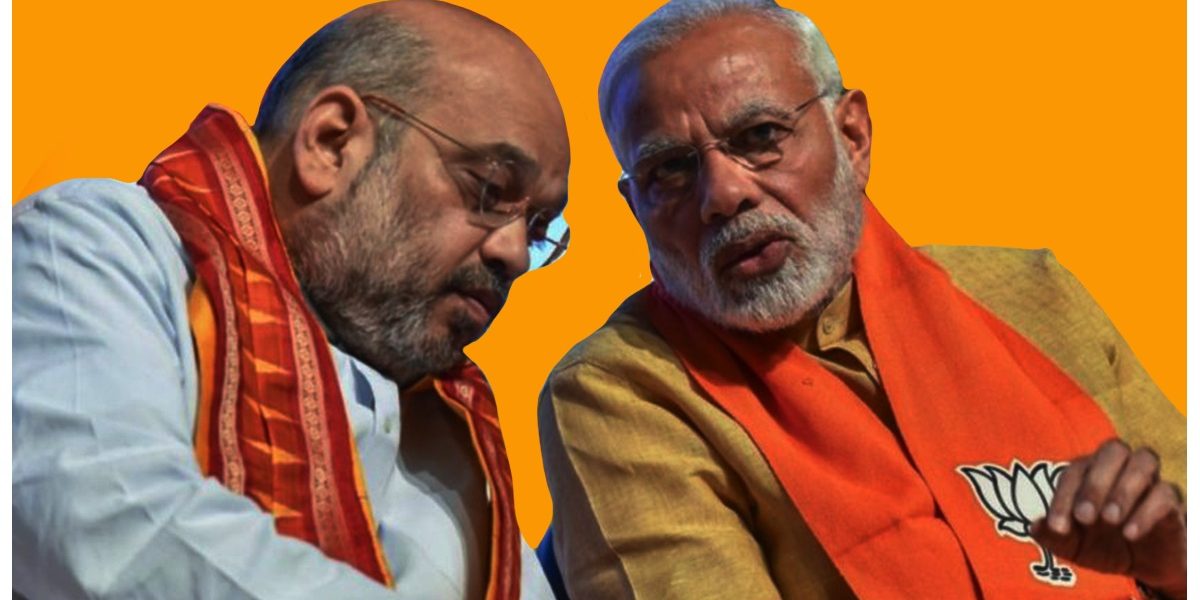 In the early hours of Saturday, when the people of Maharashtra were fast asleep, the country awoke to strife and unfreedom.

News of the death of democracy – the tearing up of constitutional norms – was broken by the executioner-in-chief, Narendra Modi, through his preferred medium, Twitter.

Curiously, the morning newspapers had all led with the headline that the Shiv Sena’s Uddhav Thackeray was going to be Maharashtra chief minister. Nationalist Congress Party leader Sharad Pawar had made this big announcement to reporters on Friday night after it was clear the Sena, the Nationalist Congress Party and the Congress had managed to sink their political differences and make common cause against the BJP.

For Prime Minister Modi and Union home minister Amit Shah, Pawar’s announcement was a call for them to don protective gear and descend into the political sewers. The two leaders knew they could not afford to let the Maharashtra government out of their hands and had prepared the ground, from day one, to ensure the BJP returned to power. They had already played fast and loose with norms and principles; all that was required was a final act of brazenness, which they pulled off without any hesitation or embarrassment.

Also read: With Fadnavis and Ajit Now Thrown Together, Are the Corruption Allegations Forgotten?

Here, in 10 steps, is how Modi and Shah cleared the way for Devendra Fadnavis to return as chief minister of Maharashtra.

1. Prior to the election campaign, the Modi government at the Centre got the investigative agencies to escalate corruption investigations and charges against NCP leaders Ajit Pawar, Sharad Pawar and Praful Patel. The two Pawars were implicated in a Rs 25,000 crore scam involving the Maharashtra Cooperative Bank. Ajit Pawar, incidentally, was also being probed for the irrigation scam running into thousands of crores.

2. The election results threw up an ambiguous result. When it became clear the BJP, with 105 seats, did not have the numbers to form the government by itself that it was not at all keen to give in to the Shiv Sena’s insistence on the chief ministership, the BJP’s man in Raj Bhavan, Bhagat Singh Koshiyari, delayed the entire process of government formation.

3. Governor Koshiyari issued a perfunctory invitation to Devendra Fadnavis on November 9, the day the term of the previous assembly expired, giving him 48 hours. When he refused, Shiv Sena was given 24 hours. When they said they needed more time, he gave the NCP 24 hours but recommended president’s rule before that deadline had even expired. This recommendation was in violation of the Supreme Court’s Bommai judgment.

4. The Union cabinet quickly recommended president’s rule and President Ram Nath Kovind signed the papers. This was done to buy time for the BJP to break the other parties.

5. When it became clear that the Congress, NCP and Shiv Sena had overcome their ideological and political differences and agreed on a coalition government under the chief ministership of the Sena’s Uddhav Thackeray, Narendra Modi and Amit Shah went all out to ensure the new coalition does not come to power. Sharad Pawar denies he was party to this deal; the BJP claims he was but then, quite frankly, anything the party says on Maharashtra needs to be taken with a pinch of salt.

Also read: By Swearing Fadnavis in, Maharashtra Governor Has Opened the Ground for Horse-Trading

6. A deal was hatched under which Ajit Pawar, who was booked by the ED in September for the cooperative bank scam, agreed to support Devendra Fadnavis. He was offered the post deputy chief minister and obviously given assurances that the cases against him would go into limbo.

7. Ajit Pawar got his MLAs to sign a piece of paper which many of them have alleged was under false pretences. They signed a paper for their attendance, rather than for supporting Fadnavis as chief minister, they allege.

8. President Kovind was woken up and asked to sign a notification revoking Central rule in Maharashtra. He did this at 5:47 am. But the president could only act based on a recommendation of the cabinet, and there appears to have been no cabinet meeting or recommendation to that effect. The government says it took recourse to Rule 12 of the Government of India (Transaction of Business) Rules, which says the “Prime Minister may, in any case or classes of cases permit or condone a departure from these rules, to the extent he deems necessary.” However, this rule’s primary purpose is to deal with a “situation of extreme urgency or unforeseen contingency”, according to the Cabinet Secretariat. And the swearing in of a chief minister in this manner can hardly be considered a matter of “extreme urgency” – unless the government had something to hide.

9. Based on a questionable list of signatures of NCP MLAs – which Governor Koshiyari made no attempt to verify despite the fact that the NCP president, Sharad Pawar, had already announced the party’s backing of Thackeray – Fadnavis was sworn in at 7:30 am. This was a blatant violation of the principles laid down by former president K.R. Narayanan, who said that governors who don’t take steps to ensure the chief minister they are swearing in actually has the support of the requisite number of MLAs will only end up encouraging bribery and horse-trading.

10. The only way Fadnavis can survive as chief minister on the floor of the assembly is if Ajit Pawar can bring two-thirds of the NCP’s 54 MLAs with him. This means 36 MLAs. Anything less than that means the MLAs on side would have deemed to have defected. But there’s plenty of slip between the cup of law and the lip of enforcement. Ruling party speakers in the past have been notorious in their partisanship whenever the anti-defection law has to be invoked. And the courts, regrettably, can sometimes take forever to deliver their judgments.

Time will tell what role the courts, the Election Commission and also NCP president Sharad Pawar will play in the unfolding drama. But one things is clear. Future historians – if they are free to ply their craft – will speak of Narendra Modi and not Indira Gandhi as the prime minister who institutionalised venality and the debasement of institutions in politics.