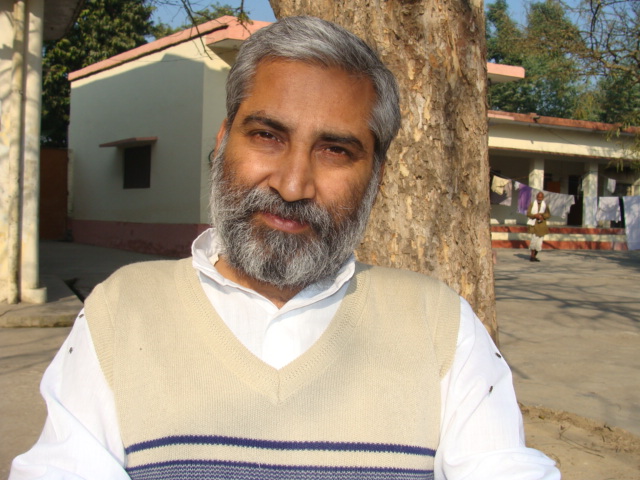 The teaching contract of well-known educationist, social activist and Gandhian, Sandeep Pandey, at Banaras Hindu University’s Indian Institute of Technology has been terminated prematurely on charges of his being “involved in anti-national activities and a Naxalite” and for allegedly “showing the banned documentary on the Nirbhaya case, ‘India’s Daughter’” to his students.

Pandey, who won the prestigious Ramon Magsaysay award – considered the ‘Asian Nobel’ – in the ’emergent leadership’ category in 2002, said, “I was informed of the decision taken at a meeting of the Board of Governors (BoG) by Rajeev Sangal, the director of IIT-BHU, on January 1, though I am yet to receive an official letter conveying it.”

The contract of Pandey, who has been a visiting professor at the Development Studies wing of IIT-BHU for the last two and a half years, was to get over in July this year.

Says Pandey, “In a recent board meeting, the vice chancellor of BHU, who was made chairman of the IIT BoG by the Union HRD minister bypassing the panel of five names recommended by a resolution of the board, Prof. G.C. Tripathi, and dean of faculty affairs, IIT, BHU, Prof. Dhananjay Pandey – both gentlemen associated with Rashtriya Swayamsevak Sangh – primarily forced the decision. The charges against me are that I am a Naxalite, showed a banned documentary on the Nirbhaya case and am involved in anti-national activities.”

Reportedly, both Tripathi and Pandey took the decision on the basis of a news report published in a Hindi newspaper accusing Pandey of being anti-national.

States Lucknow-based Pandey, “I wish to clarify that I am not a Naxalite. The ideology that I would consider myself closest to is Gandhian. But I do identify with the causes taken up by Naxalites even though I may not agree with their methods. I also think that it requires a lot of courage and sacrifice to be a Naxalite and I certainly don’t have that kind of resolve.”

In 1991, Pandey co-founded Asha for Education, a not-for-profit organisation to provide education to underprivileged children which now has its presence in almost all states of the country. He also co-founded the well-known grassroots organisation National Alliance of People’s Movements (NAPM).

Pandey said the banned documentary on the Nirbhaya case was to be screened in his Development Studies class during a semester of the academic year 2014-15 but the decision was withdrawn after the intervention of the chief proctor of BHU and the SHO of Lanka Police Station just before the class was to begin. “However, a discussion on the issue of violence against women in our society was conducted after screening a different documentary,” he added.

The one-of-a-kind Pandey, who doesn’t wear ironed clothes, avoids milk (he feels cows produce milk for their young ones) and who led an India-Pakistan peace march to Multan in 2005, reiterates, “I don’t believe in the idea of a nation or national boundaries, which I think are responsible for artificial divisions among human beings similar to ones on the basis of caste or religion. Hence, I cannot be anti or pro-nation. I am pro-people. I am not a nationalist but a universalist.” He says he has no regret about the BoG’s decision “as it was not taken based on my academic performance.”

Allegations against Pandey of supporting Naxalites are not new. In 2002, he, along with some well-known activists, was dragged into a controversy for attending the inaugural function of a leftist outfit where the kin of some Naxalites killed in a police action in Bihar were honoured. In 2010, his visit to the Dantewada district of Chhattisgarh – where the Maoists are active – for a public hearing of NAPM against the local administration met with opposition from some people, which his NAPM colleague and well-known anti-dam activist Medha Patkar later accused of being “stage managed”.

The Wire couldn’t get a confirmation of Pandey’s removal from the BHU administration as all attempts to contact IIT-BHU director Rajeev Sangal and also VC Tripathi’s office met with no response.