From 'Pappu' and 'Mama', the Rise of Shivraj Singh Chouhan in Madhya Pradesh

Outwardly, the MP chief minister is seen as a much more secular leader than the RSS would like to tolerate. But in his personal beliefs, he is as much of a Hindutva hardliner as Narendra Modi. 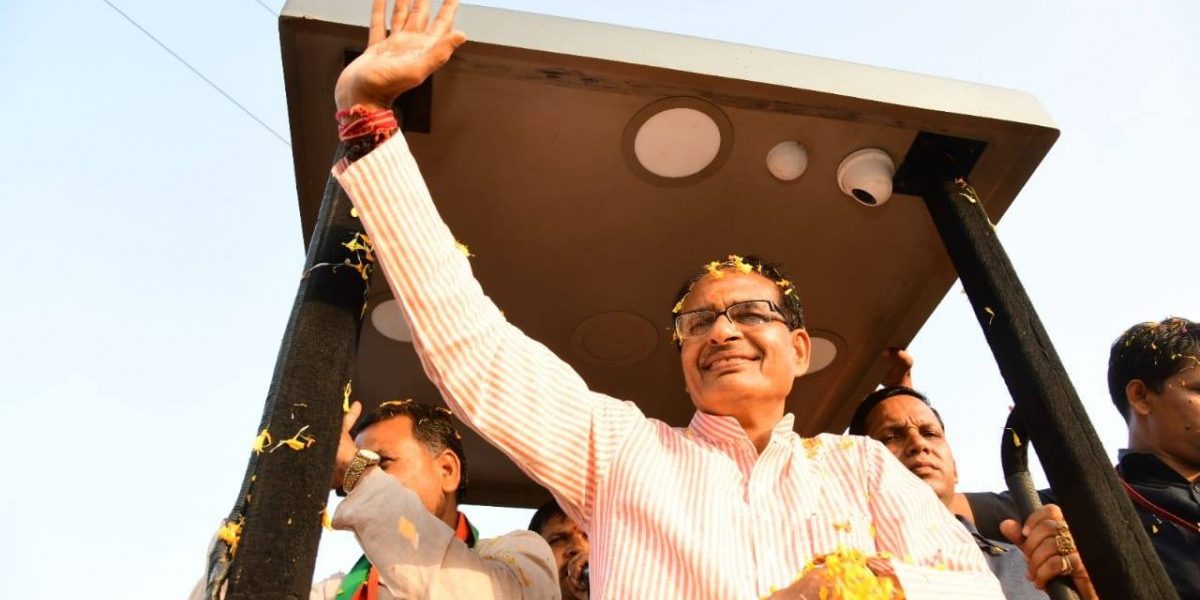 Not many people are aware that before Congress leader Rahul Gandhi was dubbed “Pappu”, Madhya Pradesh chief minister Shivraj Singh Chouhan had suffered similar derision. For most of his political career, until he became the chief minister of Madhya Pradesh in 2005, the mock-sobriquet was used to ridicule Chouhan, summing up the general impression about him, both inside and outside the party.

Things, however, changed fast once he ascended to the state’s top post. Quietly – in a very short span of time – Madhya Pradesh’s “Pappu” morphed into a new avatar. Though it is not certain who first used the term “mama (maternal uncle)” for the new chief minister, many believe that Chouhan himself paved the way for this transformation. In the years that followed, the new moniker worked miracles for him. On the one hand, it dislodged the term “Pappu” from public memory, and on the other, it made Chouhan appear earnest to a large number of his supporters, despite his opponents repeatedly showing long lists of his failures.

In every election after becoming chief minister, Chouhan has made extensive use of his new name, converting it into a powerful medium to connect with his voters, especially with women voters (a “mama”, after all, is the beloved brother of a mother). As he approaches a fresh assembly poll amid growing talk of widespread anti-incumbency in the state, he seems set, once again, to take utmost advantage of his time-tested trick. Wherever in Madhya Pradesh the campaigning takes him, his speeches invariably end with two direct questions – “Bhajapa ko jitayenge? Mama ko mukhya mantri banayenge? (“Will we bring BJP to victory? Will we make Mama our chief minister?)” After every question, he pauses, waiting for the response, which invariably comes in the form of a resounding “Haan! (Yes!)” delivered by a section of the crowd, most likely his supporters. Whether this “yes” is strong enough to swing the election in his favour remains a matter of debate.

Also read: As State Elections Loom, Congress Is Learning the Value of Keeping Its Flock Together

In Chouhan’s transformation from “Pappu” to “mama” lies the journey of a man who is known for practicing a form of politics far removed from the flamboyance that defines the style of his party bosses – Prime Minister Narendra Modi and Bharatiya Janata Party president Amit Shah. Though working for the same Hindutva objectives, and sometimes pursuing it more vigorously than his party leaders, Chouhan prefers that the attention be directed elsewhere, while he works silently to further his agenda.

This has been typical of him right since he became associated with the Rashtriya Swayamsevak Sangh (RSS) and joined active politics in the 1970s. For even while being underestimated and called “Pappu” by his party colleagues, he continued to rise steadily up the hierarchy. By the time he took over as the state’s chief minister at the age of 46, he was already a five-time MP, having won his first Lok Sabha election in 1991.

Even a defeat at the hands of then chief minister Digvijaya Singh in the 2003 assembly elections could not deter him in his final march to the top post in the state. Back then, Chouhan was hardly in the picture and the BJP campaign was led by Uma Bharati, the firebrand Hindutva leader who successfully dislodged the Congress government in the state and was then anointed the chief minister.

But within a year, Bharati faced an arrest warrant issued in connection with the 1994 Hubli riots, and was forced to resign. Babulal Gaur, the Sangh veteran who took over, did not last long either. And when a much younger Chouhan replaced him, not many took him seriously as he lacked both the popular appeal of Uma Bharati and the experience of Gaur.

Until then, no BJP chief minister had lasted a full term in office, and Chouhan was seen as too timid an option to survive for long. He began on a tentative note, and soon there was much talk of his wife, Sadhana Chouhan, wielding the real power in the administration. Her name later cropped up in a case of personal corruption.

The ‘dumper scam’, as the case is referred to, became public in 2007. It was alleged that right since becoming chief minister, Chouhan had started favouring JP Associates in the allocation of mining leases in Rewa district, where the company has a cement factory. In return, the company financed four dumpers, got them registered in Sadhana’s name and took them from her on lease. The case became a major political issue in the assembly elections of 2008, the first state poll in which Chouhan led the party from the front. His victory in the election was silenced the opposition. A few years later, the case was closed for lack of evidence.

The end of these early tremors also meant the consolidation of Chouhan’s hold over the state unit of the BJP. The self-confidence he now brimmed with saw him through his next tenure as the chief minister, running the administration with an enhanced determination. When the assembly elections were held in 2013, the BJP, under his leadership, did not have much difficulty in routing the Congress for the third consecutive time in Madhya Pradesh.

And then the lid on Vyapam, India’s biggest job-cum-recruitment scam, blew off. After protracted investigations and flip-flops in court, the multi-crore scam is now bang in the centre of the election campaign in the state – seen not merely as a case of corruption, but also as a part of a dubious strategy of the BJP and the RSS to recruit their cadres to various state government jobs. Allegations of involvement not only of the state BJP’s bigwigs, including Chouhan, but also of senior RSS office-bearers, including former sarsanghchalak K.S. Sudarshan and incumbent sah-sarkaryavah (joint general secretary) Suresh Soni, have been made.

Yet, in the eyes of the RSS, the scam matters little as Chouhan has acted like a true swayamsevak all his political life – guided more by the Hindutva vision than by any other consideration. The mandatory performance of surya namaskar in schools and the teaching of the Bhagavad Gita as part of the curriculum only points to his earnestness to toe the line laid down for him by the RSS. It is this vision that has led him to involve senior RSS men in almost every aspect of the administration and consult them on all senior appointments and postings.

Outwardly, he is seen as a much more secular leader than the RSS would like to tolerate. Unlike Modi, Chouhan has been known to greet Muslims on Eid while wearing a skull cap. But in his personal beliefs, he is as much of a Hindutva hardliner as Modi. For, at heart Chouhan is an RSS man, comfortable with its strict hierarchy and its commitment to organisational discipline. Since he has not adhered to the cult of personality that Modi so relishes, he enjoys the RSS’s confidence far more than the prime minister does.

His endorsement of all that the RSS wants to be done in the state, he knows, is the main source of his strength. It is because of this that in 2016, around the time when the Vyapam scam was making waves and rendering his position quite vulnerable inside the party, Chouhan began involving RSS-backed sadhus in the running of the state.

That very year he made Swami Akhileshwaranand Giri, a former pracharak of the RSS, the chairman of the state cow protection board. A few months later, Chouhan set up a committee of sadhus, purportedly to create awareness about afforestation, cleanliness and water conservation along the river Narmada. The real reason, however, was to exploit the appeal of Hindu religious leaders in the upcoming assembly elections.

In April this year, the members of the committee – Swami Namdev Tyagi alias Computer Baba, Bhaiyyuji Maharaj, Swami Narmadanand, Swami Hariharanand and Pandit Yogendra Mahant (all of whom enjoyed the backing of the RSS) – were accorded minister of state status. Two months later, Akhileshwaranand was also accorded the same status.

It is this logic that led Chouhan to declare, days before the model code of conduct kicked in, the establishment of a gau mantralaya (cow ministry), replacing the state cow protection board in Madhya Pradesh. Akhileshwaranand, the chairman of the board, had recommended the establishment of a separate ministry to serve the cow better.

A victory in the upcoming state elections will see the establishment of the first cow ministry in the country. But a defeat – at a time when Modi and Shah seem determined not to allow a third leader to grow independently in the party – may revert Chouhan to the status of “Pappu”.