Like any other community, Lucknow's Shia Muslims are diverse when it comes to opinion on politics. Worried about jobs, GST and electricity, most are loathe to pay attention to efforts to create communal or sectarian divides. 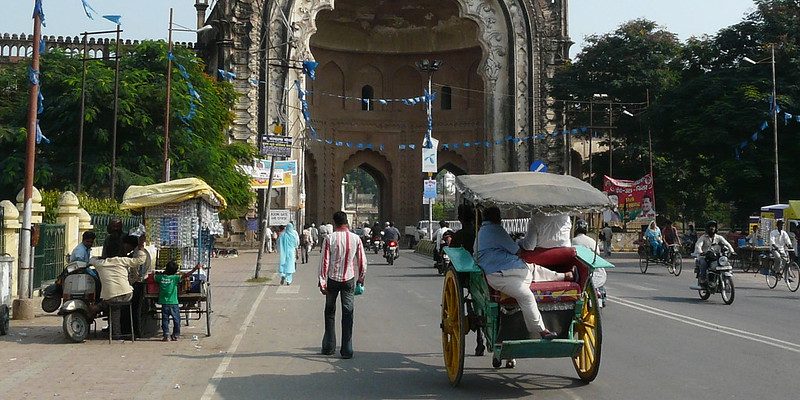 In the video, the maulana can be heard showering praises on the government of Uttar Pradesh chief minister Adityanath and bashing Samajwadi Party’s Akhilesh Yadav and Congress.

“You may have seen that the new system has been made up after weeding out many dishonest people. The attempt [of the Adityanath regime] was to bring honest people. This has also happened. We thank Yogi sahib for his help in this regard,” he is heard saying.

He further said, “Yogi gave a chance to the good people. This is especially why we want to thank him.”

Lucknow goes to polls in the fourth phase later this week. The city also has a sizeable Shia population. However, the Shia cleric’s views, The Wire found, are not singularly reflected by the community in Lucknow, where, like in any other community, political views are diverse.

Maulana Dr. Kalbe Sibtain “Noori” said that the community “would never vote for communal forces” and criticised what he said was Jawad’s support for those who had endorsed a “Muslim genocide.” Noori is Jawad’s cousin, had been a critic of the Citizenship Amendment Act and had featured in a controversial hoarding put up by the Adityanath government. Noori said Jawad’s popularity has diminished since he voiced support for BJP.

Others felt that clerics should avoid offering political pointers to the community.

“A community is wise enough to decide whom to elect,” said one Shahid Hussain, a resident of Lucknow central.

Hussain added that not just a local cleric’s, but even the decree of the Ayatollah is unlikely to work in political matters.

A video of columnist Tahira Hasan condemning the maulana’s statement has also been shared on social media. “Don’t narrow down Shias to Waqf board politics. We follow Imam Husain and his message of justice,” she can be heard saying in the video.

Sadaf Jafar, the Congress central seat candidate, recently met Jawad at his residence. While Jafar was blessed by the cleric, who also praised her role in the anti-CAA movement, she was surprised by his pro-BJP appeal.

“Maulana Jawad has been ill for a few days. May the Almighty bless him with physical and mental health,” said Jafar.

A popular Lucknow satirist asked how someone can tell the tale of Hussain by siding with Yazeed, the antagonist in Hussain’s story.

Samajwadi Party leader and Ashoka University professor Ali Khan Mahmudamadi said that BJP was active in attempting to drive a wedge between Shias and Sunnis.

“It is important to note that the BJP administration has no sympathy for any Muslim sect, as is clear from the current chief minister’s speeches, and nor do mobs distinguish between Barelvis, Shias or Deobandis when there is violence. Muslims also know this. The ‘80 versus 20‘ threat included everyone and was not just limited to one sect,” the professor added.

Young Shias The Wire spoke to also seemed keen to distance themselves from the cleric’s stand. Chartered secretary Syed Mohammad Abbas of Tulsidas Marg says such opinions make less of an impact on younger people.

A Shia journalist who writes in a reputed media organisation and has closely followed the cleric’s family, recalled the declining popularity of Jawad, who he remembered as having enjoyed hero-like status in his childhood.

“Over the years, he has lost credibility because of his growing proximity with the Yogi government. It is sad to see this decline. How can one who claims to spread the message of Imam Husain align with such outright violent hate mongering?” he asked, adding that close members of the cleric’s family are active BJP members now.

This was echoed by Zainul, a final year law student from Lucknow who said that the cleric’s “compromise” was a betrayal to the message of Imam Husain.

Zainul said that “Shia youths like all Muslim youths want jobs” and wondered if leaders were not aware of this.

“Has Yogi helped Shia weavers in Lucknow? Where was the maulana when an old Shia cleric was assaulted in Muzaffarnagar or when Shias were harassed during the citizenship agitation? Does the maulana agree with hate speeches by BJP leaders against Muharram or insults against the Prophet?” he asked.

The majority of Shia community members are seen as loyal to opposition parties, says Kazim Raza of Abbas Nagar in Lucknow North. According to Raza, the livelihoods of thousands of Shias is dependent on Zardozi work, which has lost its market after the imposition of the GST.

Ali Hasnain Abidi of Lucknow West’s Rustam Nagar locality said he does not want a communal divide, nor is he keen to follow a dictum on who to vote for.

“The need of the hour is schools, hospitals and fair tariff for electricity,” Abidi added.

“Perhaps Maulana Jawad forgot the CM’s rhetoric against the revered Muslim figure Hazar Ali and the ban on Azadari (the annual mourning of Imam Hussain) for two years in a row in the name of COVID-19, at the time of the issuing the appeal for the BJP.”

Electoral history has shown that political appeals by religious leaders, in support of a particular group, have not been successful across India. It appears that Maulana Jawad has lost his popular appeal among a sizeable section of the community after his portrayed proximity with Adityanath, who has left few opportunities unturned when it comes to bashing Muslims.

Masoodul Hasan, a former bureau chief of Hindustan Times, says the Shia Ulema (clerics) should refrain from issuing such appeals. “Shias always vote for secular parties and stand with other Muslims on political issues,” says Hasan.

He also went on to say, “If clerics want to protect their dignity, they should avoid creating rifts among various sects of Muslims by issuing such appeals.”