Modi Talks Big About 'Zero Corruption', But the Lokpal is Still Nowhere in Sight

Even though the Lokpal Act was passed in 2014, the government has delayed the appointment of a Lokpal for three years by initiating an amendment that is still waiting to be passed by the parliament. 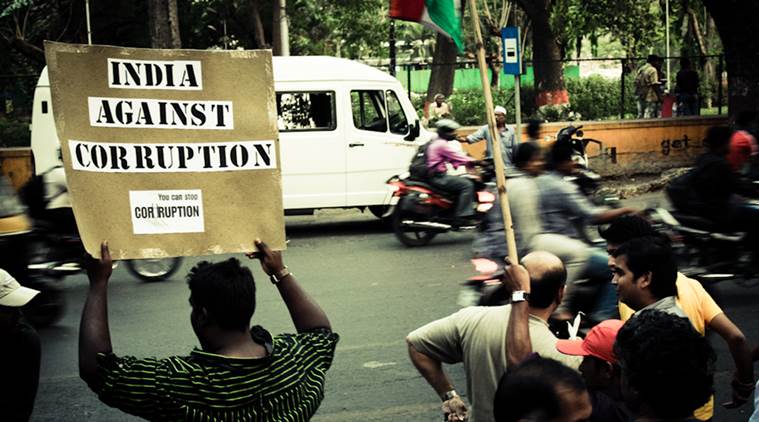 The Lokpal amendment is being unnecessarily delayed in the parliament. Credit: Wikimedia Commons

On May 26, 2014, Narendra Modi was sworn-in as the 15th prime minister of India. After a long drawn election, the BJP had finally come to power. One of the major planks in the BJP’s election campaign was the appointment of the Lokpal (anti-corruption ombudsman) and Modi himself, had promised to appoint one as soon as he came to power.

Yet three years into the present government’s term, we still do not have a Lokpal. And to understand why that is such a monumental failure – or even worse, an abdication of responsibility – on Modi’s part, we need to contextualise the developments surrounding the Lokpal in the last few years, including the recent Supreme Court judgment from April, 2017.

The quest for Lokpal started in the early 1960s, but really gathered steam in 2010. The credit for this should go to the National Campaign for Peoples’ Right to Information (NCPRI) led by Aruna Roy. NCPRI formed a committee comprising of Shekhar Singh, Arvind Kejriwal and myself to draw the Jan Lokpal Bill. The draft Bill we prepared was then used to conduct the first major rally (held at Ramlila Maidan), to press for the enactment of this law on January 30, 2011.

Then Anna Hazare also launched a fast at Jantar Mantar in April 2011, as a consequence of which a joint drafting committee of ten people with five senior cabinet ministers and five people nominated by Anna Hazare was constituted. The cabinet ministers were Pranab Mukherjee, Kapil Sibal, Salman Khurshid, Virappa Moily and P. Chidambaram. The other five members were Hazare himself, Shanti Bhushan, Santosh Hegde, Kejriwal and I. The drafting committee meetings however, ended with an impasse on many issues – such as what would be the constitution of the selection committee, whether the CBI would be under the Lokpal or not etc.

Finally, the Lokpal Bill was enacted on January 1, 2014, but was much weaker than the Jan Lokpal Bill. Two of the most glaring weaknesses were that the selection committee was politically loaded and that the CBI was not brought under its control. But having this weaker Lokpal Act was certainly much better than having none at all.

Then came the first hurdle in appointing the Lokpal, in the form of the Search Committee Rules 2014, which basically said that the Search Committee shall prepare a panel of persons to be considered for appointment to the Lokpal, from amongst the list of persons provided by the central government, and that the non-judicial members of the Lokpal must be former secretaries in the government of India or the states. This is obviously running contrary to the spirit of an independent Lokpal and was challenged by Common Cause in March 2014.

By now the Modi government had come into power and during the hearing, the central government submitted in court that they would amend these rules and to their credit they did.

Thus, the second chapter began in which the Modi government, for reasons known only to them, just wouldn’t appoint a Lokpal. The reason that was provided was that Section 4 of the Act says that one of the members of the selection committee has to be the leader of opposition (LOP). The government contended that currently as the Lok Sabha stands, there is no LOP – only the leader of the largest party in opposition.

Needless to say, we challenged this contention in the ongoing Common Cause PIL in the Supreme Court. Our argument was that the government is not serious about curbing corruption and is using the LOP as an excuse. Nowhere does the Act define what the LOP is. It only mentions that the LOP is one among the five members of the selection committee. In fact there is an Act called the Salary and Allowances of Leaders of Opposition in Parliament Act, 1977, Section 2 of which defines LOP as the leader of the party in opposition to the government having the greatest numerical strength.

Many other Acts – such as the Right to Information Act, 2005, Central Vigilance Commission Act, 2003, etc – expressly provide that if there is no LOP, then the leader of the opposition party with the highest number of seats will be considered so. Our final argument was that Section 4(2) of the Lokpal Act went on to say that even if the Lokpal is appointed without the LOP (or any other such vacancy in the selection committee), the appointment would still be valid.

Attorney general Mukul Rohatgi however countered our arguments saying that the LOP should be decided – not predicated on the basis of the Salary and Allowances Act, 1977 – by conventions of parliament, which mandates a minimum of 10% of the total Lok Sabha seats to warrant the LOP status. Furthermore, he argued that an amendment was already in the pipeline to remove this difficulty and such an amendment would expressly say that the LOP is simply the leader of the largest party in opposition.

The attorney general’s arguments don’t make sense for two reasons – if the Lokpal was such a priority for the BJP when asking for votes during the 2014 elections, then why stand on ceremony and insist on unwritten convention rather than rely on a written Act of parliament in determining who the LOP is? Furthermore, if Modi has zero tolerance towards corruption, then why the three year delay in bringing out this simple one line amendment? If Aadhaar can be hurriedly rushed through parliament, masquerading as a Money Bill or if the Land Acquisition Act can be pushed through an ordinance, then why has the LOP definition in the Lokpal Act not been amended yet?

In any case, we prayed to the court to appoint the Lokpal by itself, because the central government is obviously not interested – true to form since Modi did not appoint a Lokpal in Gujarat for 12 years despite there being a law for the same. Alternatively, the court could issue an order to the central government with a time frame to appoint the Lokpal, since the LOP excuse was certainly not tenable.

Unfortunately, the Supreme Court did not grant our prayer. The court said that since the amendment is awaited, it would be violation of the principle of separation of powers to interfere right now and appointment the Lokpal by itself, or read down the definition of LOP to include leader of the largest party. However the Supreme Court did make it clear that the Lokpal Act in itself is a completely “workable piece of legislation” and that there is no “justification” for the central government to not have appointed the Lokpal yet.

It would have been in the interest of the nation had the Supreme Court appointed the Lokpal itself, or at least given a time frame to the government to appoint one, but we take solace in the fact that the judgment at least calls out the double speak of the central government on corruption.

This entire episode leaves several disturbing questions – but the question that is of immediate concern is, will the government pass the Lokpal amendment this monsoon session and finally appoint a Lokpal, or will the appointment be relegated once again to the BJP manifesto for the next Lok Sabha elections in 2019?

As for us – the common man – who want steps to curb corruption, let’s just say that hope springs eternal.

Prashant Bhushan is an advocate and lead counsel for the NGO, Common Cause.