The TRS has won a decisive victory in Telangana. The Mizo National Front has won in Mizoram. 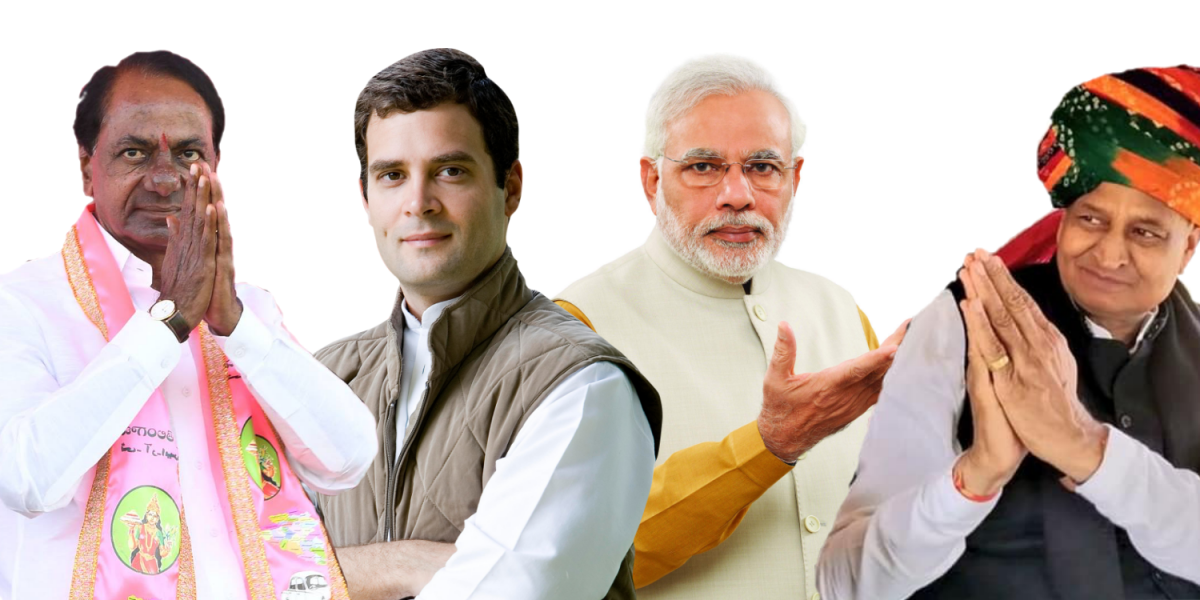 The Congress party has won in Rajasthan and Chhattisgarh. In both states, the party has crossed the majority mark and looks like it will be able to form a government on its own.

In Mizoram, the Mizo National Front has wom, and Zoramthanga is likely to be the next chief minister.

Madhya Pradesh witnessed a very close fight, with the Congress slightly ahead. State party chief Kamal Nath has written to the governor saying that the grand old party has the support of all independents and would like to stake claim to for the government.

Note to readers: If you keep this tab open on your browsers, new updates will load automatically.

What the exit polls predicted

In Chhattisgarh, the exit polls suggested a close contest between the ruling Bharatiya Janata Party (BJP) and the Congress. BJP’s Raman Singh is seeking a fourth term as the chief minister, while the Congress is hoping to scupper his chances. A third-front comprising former chief minister Ajit Jogi’s Chhattisgarh Janata Congress (JCC) and the Bahujan Samaj Party (BSP) has not had the impact that it would’ve liked.

Opinion polls in Madhya Pradesh pointed to the BJP continuing its reign for the fourth straight term. Exit polls, however, predicted a photo finish.

In Telangana, most exit polls predicted that the Telangana Rashtra Samithi will be able to secure a second term. While the ruling party was initially confident of winning almost 100 seats in the 119-member assembly, a strong opposition alliance – Prajakutami or Mahakutami – comprising the Congress, Telugu Desam Party (TDP), Communist Party of India (CPI) and Telangana Jana Samithi (TJS) forced it to reevaluate its target.

Both Vasundhara Raje (BJP) and Ashok Gehlot (Congress) are vying for a third term as the chief minister in Rajasthan. Exit polls indicate that the Congress is likely to win a majority in Rajasthan due to widespread discontentment with Raje’s government.

Exit polls in Mizoram predicted a hung assembly, in what would be a first since the state’s formation in 1987.  Two-time chief minister Lal Thanhawla is seeking re-election from two constituencies: Serchip and Champhai South. He has lost an election only once – in 1998, from Serchip. No party has returned to power for a third consecutive time in Mizoram. While the Mizo National Front (MNF) won the polls in 1998 and 2003 elections, the Congress won in 2008 and 2013. Though the BJP has been contesting elections since 1993, it has never opened its account in the Mizoram assembly.