If a level playing field is not allowed and candidates of the Gupkar Alliance are suppressed, the exercise will have scant value. 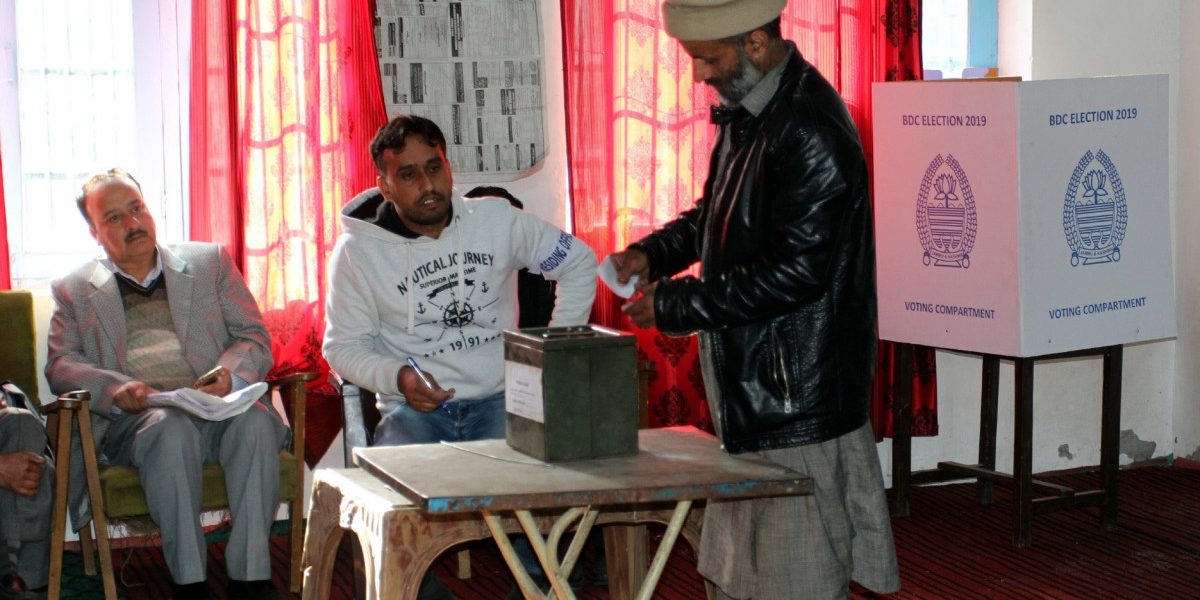 A voter during the BDC polls in Kashmir. Photo: Mudasir Ahmad

NDTV has been running interviews that clearly seem to corroborate the complaint made by leaders of the Alliance in this regard.

Given that “free and fair” elections are mandated by the constitution as the primary “basic feature” of our democratic system, these allegations and reports are worrying.

Clearly, “free and fair” elections cannot be effected if a “level playing field” is not available to candidates of all participating parties.

There is, therefore, a call for election authorities both in the Union Territory and at the Centre to investigate the aforesaid allegations and reports.

We have heard a great deal about the phenomenon of “voter suppression” in the conduct of elections in the US. Surely, Indian democracy ought not to add to that a new phenomenon of  “candidate suppression.”

These reports must especially worry the ruling BJP; its proclaimed support and prospect of victory cannot but be tainted if it turns out that its opponents have indeed been prevented from contesting those claims on a “level playing field” in a “free and fair” electoral exercise. It is in its own long-term interest in Jammu and Kashmir to demonstrate an unquestionable sway among the people, with no need for practices that may sully its credibility.

The administration in the Union Territory cannot argue that security risks are limited only to the candidates of the People’s Alliance, remembering that in the past some months it is political workers of the BJP who have suffered fatal attacks. If, therefore, ruling party candidates can be provided security cover, it is hard to understand why the same cannot be made available to opposition candidates.

Also Read: If Indeed the Gupkar Alliance Is Irrelevant, Why Has the BJP Launched Into a Tirade?

There is also substance in the poser that if the security situation indeed remains so fraught in the state,  why elections to the Councils should have been held at all. But, now that they are being held, surely election authorities and the administration must ensure that campaign facilities are equally available to all candidates in the fray.

If reports about a discriminatory situation are found to be true, and if these remain unattended, the results of the Council elections may carry scant conviction.

Given that the BJP claims to be strongly placed to win the elections, having dubbed the Alliance as merely a “Gup-kar” (gossipy) nuisance, candidates of the ruling party must not allow any stigma to get attached to their projected victory. Nor must a general cynicism with respect to the current electoral exercise be allowed to view, a priori, the exercise as any sort of farcical move in which the decks are thought to be stacked.

Any laxity in this regard would not but hand to the Alliance the excuse to cry foul, and generate a negative opinion, be it internally, or among democracy-watchers worldwide.

There is, therefore, an onus on electoral authorities conducting the current exercise to ensure that no fingers are raised with respect to the return of democracy in the beleaguered Union Territory.