Lessons for India From Nepal's History of Banning Cow Slaughter

To justify a cattle slaughter ban in India, many point to Nepal’s cow protection laws. But history shows the 'Hindu nation' followed an intentionally ambiguous approach to cattle slaughter as an exercise in social realpolitik. 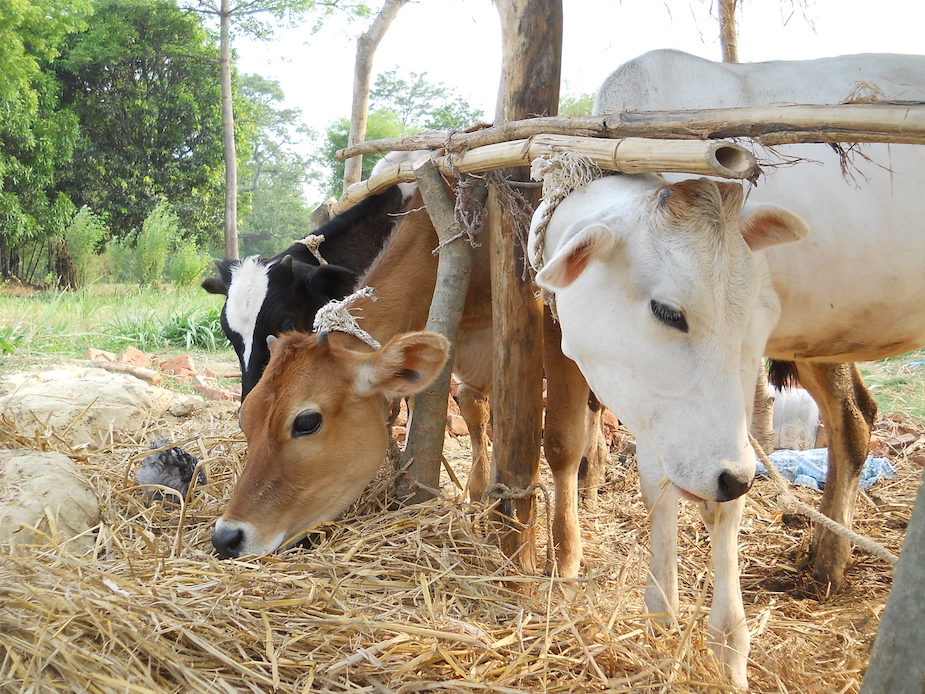 It seems that the BJP government’s decision to illegalise the sale of cattle for slaughter at animal markets has its roots in a PIL that quotes the five-yearly Gadhimai festival in Nepal, where thousands of buffaloes are taken from India to be sacrificed to ‘appease’ Gadhimai, the goddess of power.

The contradictions that emerge from cattle – here encompassing all bovines – slaughter rules in Nepal perplex many: despite being predominantly Hindu, animal sacrifice continues to be practised. Cow slaughter is explicitly prohibited even in Nepal’s new constitution since it is the national animal, yet the ritual sacrifice of buffaloes and the consumption of their meat is not frowned upon. There is also, in marked contrast to the Indian government’s blanket approach to cattle terminology, a lucid distinction between cows (both the male and female) and other ‘cattle’ species (such as buffaloes and yaks).

The emergence of this contradictory, often paradoxical, approach to cattle slaughter in Nepal is the result of a careful balancing act by the rulers of modern Nepal. The Shah dynasty and the Rana prime ministers often found themselves at a crossroads to explicitly define the rules of cattle slaughter. As rulers of a perceived ‘asal Hindu-sthan’, their dharma bound them to protect the cow – the House of Gorkha borrows its name from the Sanskrit ‘gou-raksha’ – but as they expanded into an empire, their stringent Brahminic rules came into conflict with des-dharma, or existing local customs, where cattle-killing was a norm. What followed was an intentionally ambiguous approach to cattle slaughter, an exercise in social realpolitik.

Although cow slaughter was traditionally proscribed in the Kathmandu valley before it was annexed to the Gorkha empire, the first ‘law’ that strictly forbid the slaughter of cows across unified Nepal was during the reign of King Rana Bahadur Shah in 1805: “From today, killing of cows is prohibited. Inform (everybody) that, if somebody does (cow slaughter), capital punishment will take place and his property shall be confiscated. From now on, the killer of a cow should be killed by the ambali (district officer)”.

Historians have argued the ban may have been the result of Rana Bahadur’s attempts to show himself as ‘a good and uncorrupted Hindu’ after his return from a self-imposed exile in Banaras. The ban was rigorously imposed and the penalty often barbaric – in March 1806, a low-caste tailor from west Nepal suspected of having killed a cow, had his flesh cut off from his back and ‘salt and condensed citrus juice’ put on his wounds. ‘Make him eat the flesh himself and kill him,’ the royal order proclaimed.

Capital punishment for cow slaughter continued until Jung Bahadur, the first of the Rana prime ministers, established the first modern legal code of Nepal, the Muluki Ain. The legal code intended to organise a caste hierarchy and a homogenous legislation within that hierarchy, already a difficult prospect in a heterogeneous nation like Nepal. Within the Ain, cow slaughter remained proscribed, yet the punishment for it was reduced to a life sentence for ‘intentional’ killing, versus a fine of one rupee for ‘negligent’ killing. The Ain went on to detail various exceptions where hurting a cow was not punishable, such as during treatment, or by accident, under 14 different sections: “Any person may…cut open boils and painful wounds…for the well-being of the cow…no offense shall be deemed to have been committed”.

As a symbol of the state, proscribing cow slaughter sent out a message to the other kingdoms in the subcontinent that Nepal remained the only pure ‘hindu-sthan’, undefiled by the Mughals and later the British. An 18th century traveller to Nepal noted Newar travellers who had left the country had to undergo a ritual purification with panchagavya – the five products of the cow: urine, dung, milk, curd and ghee – upon their return. This impression of Nepal as a ‘land of pure Hindus’ continued into the 20th century; the Rana prime minister Juddha Shamsher was eulogised during his 1939 visit to Calcutta as a ‘powerful, popular and gracious ruler with the true spirit of Hindutva’ – note the use of the then-new Savarkar philosophy – and a ‘great cow worshipper’, as a ‘pious Hindu’ should be.

These stringent declarations were meant to homogenise a multi-ethnic Nepal under a Khas-Arya Hindu identity. Much like intra-BJP opposition to the blanket ban on cattle trade, this proved to be difficult. Although as a Hindu state, the source of all royal power was derived from the ideals embodied in dharma, the uncodified Hindu law, dharma often came in conflict with desa-dharma.

In 1810, the people of Pyuthan, a remote district in western Nepal, appealed to Kathmandu Durbar that the proscription on cow slaughter went against their traditions, which permitted them to use and consume the meat of any animal, even cows, that had been killed by an animal. “The centre in its reply stated that they could follow their ancient custom if they followed certain provisions: there must not even be a hint of cow-slaughter; a list must be made of the families that had paid the half rupee to Ratan Singh Thapa (an existing expiatory fine for eating the meat); these families would pay one rupee per household plus two annas a year to the arsenal in lieu of hides.”

Further east, in Solukhumbu, where cow slaughter was widely practised, a group of judges was sent in 1805 to enforce the ban. The judges found that if everybody guilty of eating cow-meat in Solukhumbu was to be punished, “most of the inhabitants of these areas will have to be killed or enslaved”. Faced with such a dilemma, the judges recommended “heaviest possible fines” on those who committed the crime after the area came under Gorkha rule. Anybody who had committed the crime after the order was to be “beheaded or enslaved”. At the same time, the government made it clear that the slaughter of yaks in the area was permitted.

In both cases, as Ludwig Stiller writes, “an essential accommodation between the Hindu ideal and local practice had been achieved in such a way that the central administration’s authority [was] accepted and the local practice [was] recognized in law”.

Make no mistake, cattle killing met with the brutal punishment of a beheading until Jung Bahadur Rana’s Ain. Yet even during the Shahs’ absolute rule in the early 19th century, a country-wide proscription of cattle killing could not be achieved. Why was that?

One possibility is that Nepal, or the Gorkha empire, was at the time a newly constructed state, with new regions continuously being annexed under Kathmandu’s yoke. Cattle slaughter was not the only local custom that was accommodated by the Centre; Stiller writes of local polyandry practices also being referred to the Centre, which, after considerations, allowed the practice to continue. “The significant point that must be remembered, however, is that all local customs, if they were to retain any validity, had to be submitted for the central administration’s sanction.” This allowed Kathmandu to emphasise its authority; local customs could continue, but with approval as law by the Centre.

There was also a military dimension to the ambiguity. Cowhide (along with other animal hides) was useful to the armed forces in the making of scabbards and the transport of saltpeter. The Gorkha empire also realised an expiation in the form of fines that raised revenue from distant territories hardly governable from a far-off centre was preferable to open revolts.

It boiled down to practicality: by agreeing to allow local customs to continue under official sanction, Kathmandu got a legitimacy it wouldn’t have achieved with a blanket ban. Secondly, the Gorkha empire’s military missions could not be halted on pretext of religion. So it invented new rules to allow the trade in hides to continue.

The Rajasthan high court judge, known for his ludicrous take on peacock reproduction, looked at Nepal’s cow protection laws in his verdict asking India to declare the cow as the national animal. Such a justification is unfounded; Nepal’s cow protection laws arose in a very different scenario, when the new nation state was still being founded, and the cow became a symbol of the new Hindu Khas-Arya state’s legitimacy, one of the symbols around which the new nation could rally. But faced with local customs and the demands of an imperial state, it manoeuvred its way around the legislation, a moment of cow-realpolitik, something that cannot be said for the blanket ban on cattle trading in India.

Amish Raj Mulmi is a Nepali writer and a publishing professional. He is currently digital editor at Juggernaut Books.