As the Red Sun Sets in the East, the Left in India Needs to Reinvent Itself

For a party so adept at painting slogans, its failure to read the writing on the wall has cost it dearly. 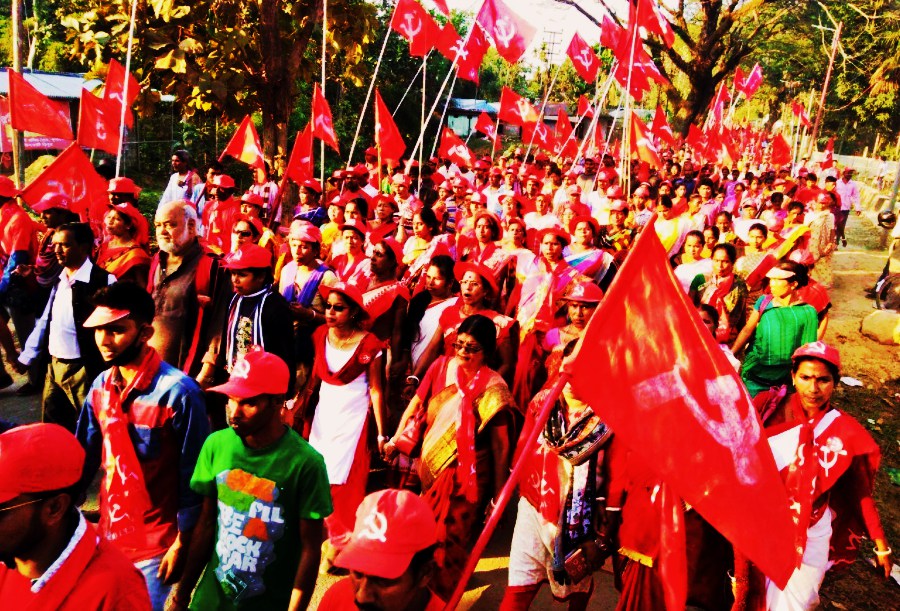 For a party so adept at painting slogans, its failure to read the writing on the wall has cost it dearly. 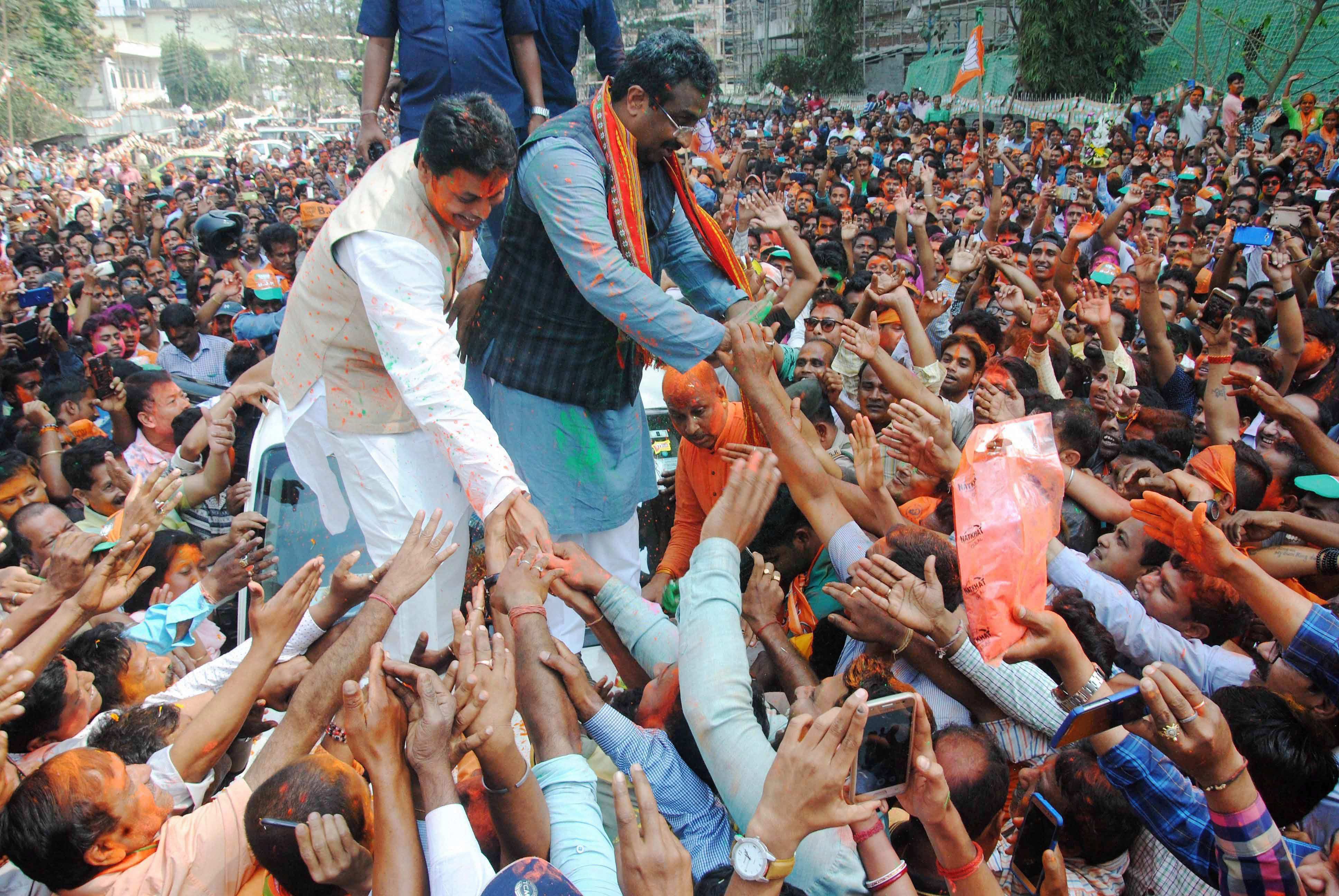 It’s not that the Communist Party of India (Marxist) is suddenly facing  an existential crisis. The writing on the wall has been clear for some time. The CPI(M)’s defeat in Tripura after helming the state for more than two decades comes seven years after it lost West Bengal to the Trinamool Congress in 2011. The humiliating defeat the Left suffered in a state it had uninterruptedly ruled for 34 years – and which was the primary state providing the Left its clout in national politics – should have driven the party to look inwards; to dissect its policies, refurbish its politics and rethink electoral strategies.

None of this happened. Instead, the Left continued to speak the same language, bereft of conviction, riddled with old jargon. The failure to reinvent its politics, take responsibility for the forcible land acquisition in Singur and Nandigram, and reach out to new constituencies of support did not augur well for the future of the mainstream Left.

The implications of the Tripura poll outcome go beyond the region. It revives a discussion on how we perceive Left politics and raises the critical question: How do we understand Left politics today? Is there a need to think beyond the conventional paradigm of Left parties and politics?

The paralysis of the conventional Left can be broadly perceived within two frameworks. First, its inability to communicate a different language of politics. And second, the failure to deliver basic services and jobs in states the party ruled for more than a decade. By the time the CPI(M) was driven out of power in Bengal, its three basic support constituencies – comprising peasants, Muslims and tribals – had abandoned the party. The continued neglect of education and health in the Left-ruled states is truly cause for concern. There is no ‘CPI(M) model of governance’ even though the party ruled Bengal for 34 years and Tripura for 25 years.

Perhaps it’s time that we broadened our definition of Left politics, rather than limit it to mainstream parties like the CPI(M). After all, there is no denying that while the CPI(M) has remained stuck in its old political groove, a range of unconventional, new Left leaders have appeared on the scene since 2011.

In fact, in Bengal, Trinamool leader Mamata Banerjee today claims to be the “real Left”. From her humble lodgings to her stance against unbridled land acquisition and her direct appeal to the poorest of the poor, she has stepped into the space vacated by the CPI(M). Seven years after first losing to her, the CPI(M) shows no signs of reclaiming its politics of opposition. Strangely, a party which was born out of radical opposition struggles now seems unable to play the role of opposition.

On the other hand, the India Against Corruption movement transformed into the Aam Aadmi Party (APP), which practices a populist form of politics that decidedly can be described as Left-of-Centre. There are also other emerging Left leaders like Gujarat’s newly-elected legislator Jignesh Mevani and Chandrashekhar Azad of the Bhim Army. Whether it is AAP’s Arvind Kejriwal or Mevani, they talk a language that is distinct from the traditional Left language. Where the CPI(M) has never tied its politics to education and health, Mevani has made it clear that these are important pivots of his political campaign. Besides them, there are student leaders like Kanhaiya Kumar, Shehla Rashid and Richa Singh, who come from what may be considered the traditional Left or its variant, but have managed to break new ground.

Besides, most of these new Left leaders are ‘outsiders’ to the system. They may have links to social or political movements but they did not emerge from the institution of political parties. Understanding why ordinary voters – the youth in particular – establish a rapport with the ‘outsider politicians’ is not difficult. We are going through times when cynicism with the established political class is rising and voters are looking for alternative politics and leaders with a difference.

The decimation of conventional Left politics seems to go hand in hand with the emergence of this alternative Left politics and politicians. I may argue that we have begun to hear today the articulation of a new Left language. We are witnessing the rise of a new breed of politicians – who are reaching out to the marginalised sections. 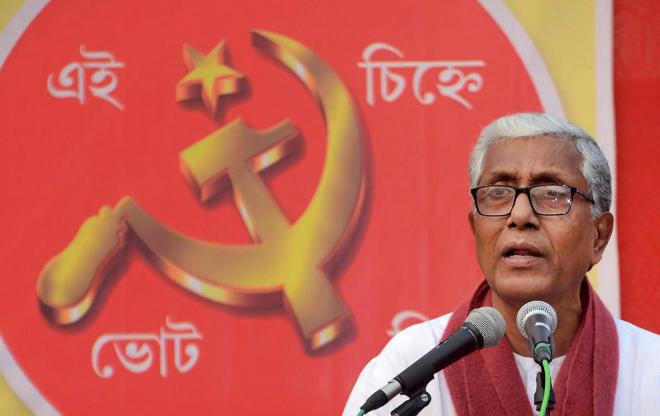 In a country like India, there is a huge space for Left politics which is being occupied by social movements around questions of class, caste, gender and the environment. Traditional Left parties which appear to have exhausted their own politics should form a broad alliance with such emergent groups. They may not have a distinct ideology like that prescribed to by Communist parties but does that really matter? Different kinds of political languages subscribing to broad ideas – from containing BJP’s communalism, or narrowing inequality gaps – can only enrich Left politics, not diminish it.

Besides, much is being said about the ongoing ideological fight between the Right and the Left. It may however be argued that the CPI(M) has been more or less missing in this fight. Even as the BJP is ruthlessly advancing its Hindutva ideology (through multi-pronged strategies of cow vigilantism, hyped-up nationalism, renewed aggression on building Ram temple etc.), the CPI(M) is engrossed in debating whether Narendra Modi’s rule does or does not conform to the classic model of fascism, whether or not the CPI(M) should have a tactical alliance with the Congress, or with the Trinamool Congress!

This when the ground has all but eroded under its feet. When the BJP has been expanding its footprint in state after state – from the west to the east. It was expected that the ideology espoused by the CPI(M) should have driven the party to stem the advance of the BJP, to forge a large network of alliances with social movements, anti-BJP parties and organisations. Even that did not happen. Instead, the present and former general secretaries of the party are busy fighting not just a tactical but also a personal war.

Meanwhile, the BJP has continued to grow electorally as well as ideologically. As things stand now, the CPI(M) or the Left Front is confined to the single state of Kerala, also the state where the BJP has been expanding its ambit of support.

As Saturday’s results from Tripura came in, BJP spokesperson G.V.L. Narasimha Rao said on that his party’s next targets will be Bengal and Kerala. Rao was confident that the victory in Tripura will find an echo in Bengal. It is worth recalling in this context that in almost all of Bengal’s local elections since the last assembly polls in 2016, the BJP has positioned itself as the primary opposition to the ruling TMC, dislodging the Left.

From all indications, the next Lok Sabha and assembly elections in Bengal will primarily be a contest between the TMC and BJP. Kerala in the future is likely to witness a fight between the CPI(M) and the BJP.

Will the traditional Left finally see the writing on the wall?