Shubham Mishra, who died at Lakhimpur Kheri, was an active BJP worker since the days of his studenthood. 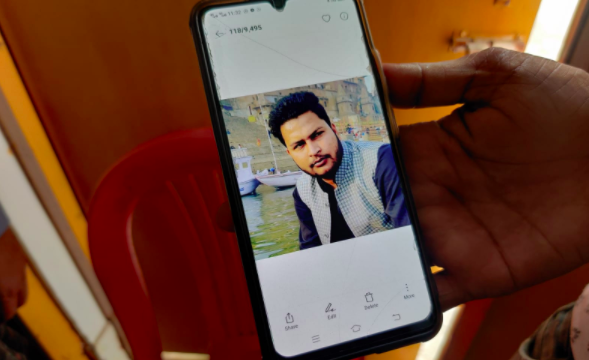 Translated, Vijay’s words mean, “It is as if the party has used our son as a sacrificial goat.”

Mishra lost his life during the violence in Uttar Pradesh’s Lakhimpur Kheri district which claimed eight lives in total, including a reporter, farmers, BJP workers and a driver. Mishra was the booth president for BJP in the district.

“My son has been martyred for BJP,” the 50-year-old father said. The Mishras have been asking for Shubham to be recognised as a martyr but have not been successful so far.

“When a senior BJP leader dies, he is cremated with due respect under the party banner. If a big, famous leader can be cremated like that, why not a booth president?” Shubham’s close friend, Praveen Mishra, who is also a BJP worker, asks.

“The foundation work for any party is done by people like Shubham. If workers on the ground like him fall, the whole structure is bound to crumble.” Praveen does field work for the party and has been active alongside his late friend.

Thousands of people came to see Shubham’s last rites being performed on Monday, his friends and family say. “Never before have I seen such a huge crowd at a cremation. The whole mohalla is affected by his death. Shops around our house were closed in mourning. People are tensed, women are not sleeping,” his father adds. When The Wire visited Mishra’s house in Shivpuri, many people were sitting outside. Most say they live in adjoining lanes and are “hardcore BJP supporters,” if not active workers.

Shubham has been one such active worker for a long time. “Since his student days,” says his father. He had been given the booth president’s post recently, “because of his dedication to the party.”

Before completing his Bachelor of Science degree from a local college in Lakhimpur, Mishra was a student at Vidya Mandir, an RSS-affiliated school.

“The party (BJP) should give us in writing that he was a martyr. If tomorrow we need any help, how will we ask for it without a certificate from the party?” his father asks.

Vijay tells The Wire that Sunil Singh, the BJP district president in Lakhimpur Kheri has assured the family that he will process this request. “But we have not received anything official so far,” he adds.

Anup Mishra, Shubham’s uncle, had also gone with him to the event which Shubham never returned home from, the wrestling programme called “Dangal.” 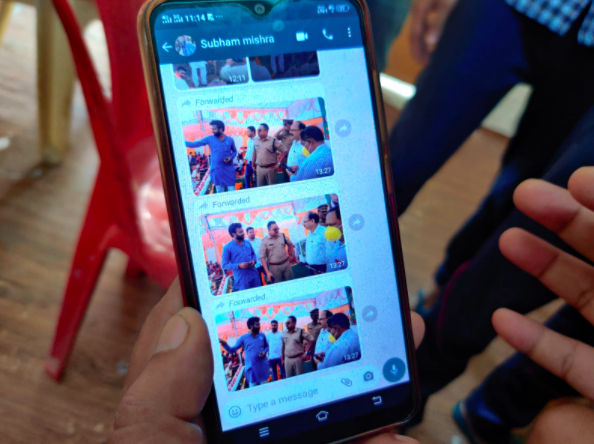 Shubham Mishra had sent these photos from the “Dangal” event to his father. Photo: Ismat Ara/The Wire.

Farmers at the site were protesting the visit of the local MP and Union Minister of State for Home Ajay Mishra (known to his supporters as ‘Teni’), and Uttar Pradesh deputy chief minister Keshav Prasad Maurya nearby. 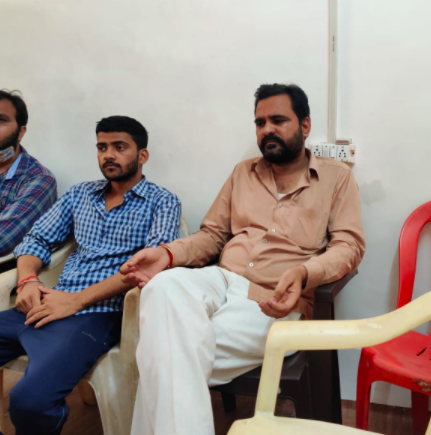 Shubham, according to his uncle, had gone to receive the two leaders, but he never returned.

“The ‘rioters’ (referring to protesting farmers) had beaten him up so badly that his face had become unrecognisable,” Shantanu Mishra, the victim’s younger brother, tells The Wire. “We could only identify him from his clothes and the bracelet he was wearing.”

Shantanu works a private firm and is also studying law in Lucknow, roughly two hours from here. When he received information about his brother’s death, he immediately rushed home.

His father was informed about his elder son’s death at around 7 pm by Shubham’s friends, who had received photos from the spot of the violence in Tikunia. He pointed out that the clothes in these photos are different from the ones he was wearing when they got his dead body.

“His phone and gold chain, both were taken from him. Is it with the administration, the police? Or did the rioters who killed him take his things?” he asks.

The post-mortem was done in Lakhimpur Kheri district hospital in the early hours of Monday morning, and the body was then brought back to the house for cremation.

Farmers have alleged that Shubham was sitting in a vehicle which mowed down four of the protesting farmers.

“Some families (of the farmers) had refused to cremate the victims, because they wanted to create a fuss. We did not do any of that. We quietly got the post-mortem done, and then cremated him,” he says.

Shubham’s family also feels that the media is only focused on showing the grief of the protesting farmers who died that day, and political leaders. “Nobody wants to hear our side. We have lost a son. We are also farmers. We also work on fields,” his father notes.

The Mishras are generational farmers, but Shubham’s father Vijay also works at a private company as a salesperson to meet the financial needs of his family. He tells The Wire that he earns about Rs 12,000 per month from this job, with which he manages three meals a day for his family.

Shubham got married three years ago, and recently became father to a girl. It is his one-year-old daughter named Aakriti, that his wife is mainly worried about, after losing her husband. 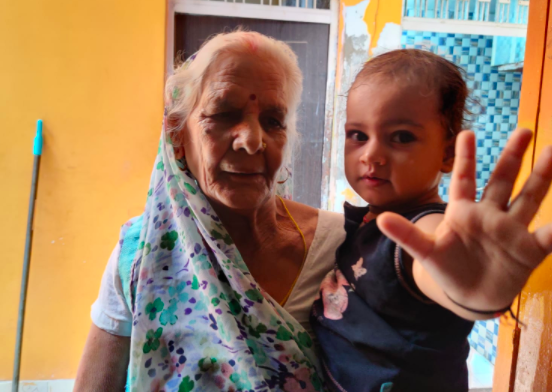 “He wanted her to become a doctor,” Lakshmi Shukla, his wife says. A large photo from their wedding is part of the room’s decoration. There are heart-shaped cushions and stickers around it. The wall of Shubham Mishra’s house, with a framed photo of the couple. Photo: Ismat Ara/The Wire.

Recalling the day of the incident, Lakshmi says that when she learned that violence had erupted in Tikunia, she was not too worried as Shubham’s uncle was also with him. “We had called him, and he told us that they will come back in a while.  But he could never find him, his phone too was switched off. His dead body was found a few hours later,” she says.

Her father-in-law says that he has not shown the gory pictures of Shubham’s dead body to his wife. Shubham’s mother and Gangotri Devi, his grandmother, have also not been shown those photos. They sit in a room together, silent in grief. The cheque worth Rs 45 lakh, as promised by the government and given to them only four days after his death, is kept to one side.