A Year After 370 Was Revoked, Ladakh Is Starting to Feel the Sting

The recent resignation of Ladakh's BJP president signals rising fears over representation, safeguards for land ownership, job security, domicile status and protection under the schedule six of the Constitution. 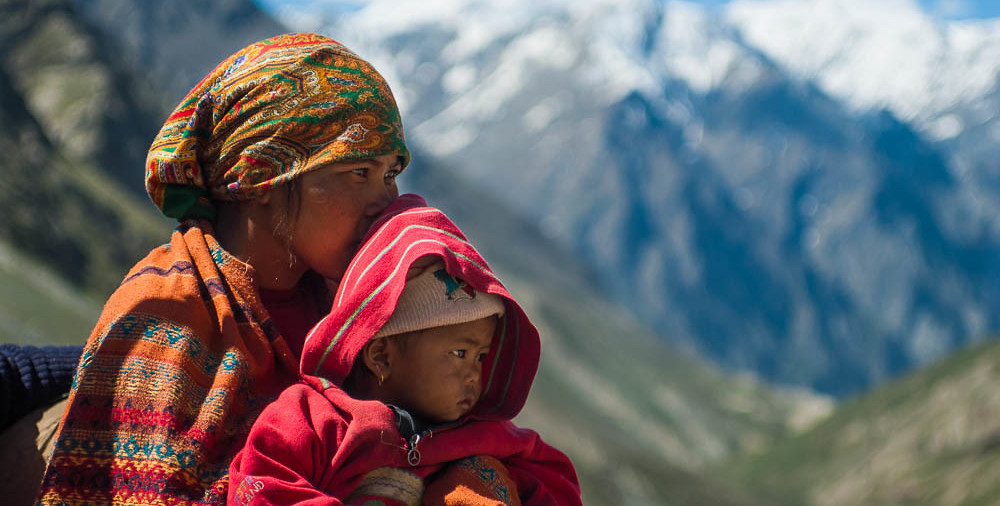 The high expectations that some sections in Leh had from a Union territory status has had a reality check. Photo: Henry D'Silva/Flickr, CC BY 2.0

The decision to read down the special status of Jammu and Kashmir in August last year came as a shock to the residents of the state, including those in Ladakh.

A lot has changed in the year since. Ladakh was the largest division in the erstwhile state and has now become a Union territory without a legislature. The year has been marked by a mix of emotions for the people of Ladakh, which has given way to varying degrees of disappointment and uncertainty.

The initial announcement itself was greeted by markedly varied responses in Ladakh. While the people of Kargil rejected the decision, the region’s political leadership declared it to be undemocratic and a betrayal of their trust. This was followed by protests and strikes followed for days after the announcement and the district administration responded by imposing curfews in and around the town of Kargil to prevent people from expressing their opposition to the move.

For many in Leh, on the other hand, the decades-old demand for a Union territory had finally become a reality. Even in the midst of euphoria, there were murmurs of discontent about the lack of a legislature in the Union territory’s framework and the need for constitutional protection. Unfortunately, a generic narrative that “Ladakh was celebrating”, which focussed on a narrow section of the large spectrum of responses in the region, was peddled.

These contrasting responses came to the fore in subsequent months, especially after October 31, 2019, when Ladakh formally became a Union territory without a legislature. The undercurrent of collective anxiety started to bubble to the surface as well. In fact, October 31, 2019, was greeted by mass celebrations in Leh and mass protests in Kargil.

The multitude of narratives in Ladakh reflects the fact that the demand for a Union territory status never enjoyed support from the entire region as a whole. Its primary supporters were from a small section of political groupings in the district of Leh alone. In this regard, it would be unfair to interpret Ladakh’s reactions through the use of binaries such as Leh-Kargil, Buddhist-Muslim, BJP-Congress etc.

Ironically, the winter of 2018-19 had seen a lot of political agitation in Ladakh as the two districts of Leh and Kargil were collectively demanding a divisional status for Ladakh as well as an independent university. There were discussions and questions of a collective vision for Ladakh and the two districts were coming together and building consensus on this new Ladakh.

Yes, there were problems in this unity, especially when the state administration under the leadership of the then governor, Satya Pal Malik declared Leh as the divisional headquarters and then again as the location for the lead college of the cluster university. However, the upside was that there were dialogues, discussions and collective action across Ladakh.

Residents of Kargil district protest against Leh being made the permanent headquarters of the newly created Ladakh division, in Jammu, on Monday, February 11, 2019. Credit: PTI

The declaration of a Union territory status for Ladakh had been a unilateral decision taken without consultation amongst the cross-section of its residents. The fragile consensus has now been replaced by shared anxiety regarding how to protect the vulnerable sections of Ladakhi society and its fragile ecology in the new reality. Ironically, the voice of Ladakhis has been muzzled even more in the framework of the Union territory than it was as a part of the erstwhile state of Jammu and Kashmir, despite the alienation is suffered for several decades.

In all fairness, the Union territory framework in Ladakh is still taking shape and will take time to function as intended – it has barely had a few months to settle down. Furthermore, the COVID-19 pandemic and the standoff with China in eastern Ladakh has not eased the administration’s efforts to function as intended. In this regard, it would be unfair to judge the performance of the Union territory’s administration in the year since the decision to read down Article 370. That said, one still bears the responsibility to point out shortcomings and hold the administration accountable for various failures.

However, the questions raised and discussed by the people of Ladakh when they were demanding a divisional status are relevant even today. However, there is limited political space for holding such discussions and finding a more satisfactory solution – and this space continues to shrink.

An example of this is the marked shift evident in Kargil. In August 2019 there was public anger and frustration, which is no longer evident now. Many have attributed this shift to the high-handed response of the district administration and the systematic attack on the democratic right of dissent across the country. Ladakh is now faced with unprecedented ambiguity and insecurity in terms of constitutional safeguards and political representation in decision-making.

Watch | Kargil, Ladakh, Article 370: ‘The State Machinery Is Trying to Shut Us Up’

This insecurity and frustration are shared by the people of Ladakh as a whole. The high expectations that some sections in Leh had from a Union territory status has had a reality check. Earlier this year, the elected representatives of the Ladakh Autonomous Hill Development Council in Leh staged a public protest against inaction the UT administration to bring back Ladakhis stranded outside the region during the lockdown to control the COVID-19 pandemic.

An increasing number of people in Leh are now echoing the fears expressed in Kargil in August 2019 with regard to political representation, safeguards for land ownership, job security, domicile status, protection under Schedule Six of the Indian constitution etc. However, there have been no efforts to resolve these issues over the last year since the Union government declared its intention to re-organise the state of J&K.

Public anger at this inaction is now being expressed in the public domain, especially in Leh. There is a lot of concern among the youth of Kargil and Leh about job security, especially in the government sector. So far, there has been no notification in this regard from the government of India or the Union territory’s administration. Yet, data available in the public domain suggests that more than 5,000 posts, including 1,000 gazetted posts, remain vacant in the UT administration in Ladakh.

In April and May, around 110 doctors were recruited from different parts of the country under the National Health Mission (NHM) despite the fact that there were numerous Ladakhi doctors who could have been absorbed into these posts. This notification had to be re-issued as many of the doctors hired from other parts of the country did not join their posts.

In fact, Ladakhi student unions jointly called for a public strike on July 24 to protest the move by Jammu and Kashmir bank to exclude Ladakhis from applying for jobs in the bank and declaring void the results of posts for which exams were conducted in 2019. This strike had widespread support from religious and social groups. In fact, the Chairman of Ladakh Autonomous Hill Development Council, Kargil, Feroz A Khan requested the Union territory’s administration to freeze all such notifications till a domicile law was not passed for Ladakh.

The formation of the new Union territory also undermined two Hill Councils in Leh and Kargil, especially in terms of decision-making and policy development. Elected members of the two Hill Councils have publicly voiced their opposition to being side-lined by the administration on multiple occasions. Threats of a collective resignation from the Kargil Hill Council and protests by a member of the Leh Hill Council are just two examples of this clash.

Also read: What Kashmir Has to Do With the India-China Stand-Off in Ladakh

Furthermore, financial powers have been transferred from the two Hill Councils and are now directly being taken by the Union territory’s administration led by the hon’ble Lieutenant Governor, Shri R. K Mathur. The Hill Councils were already weak under the state government and they are have been further undermined. The authority and power of the Hill Councils with regard to the Union territory’s administration needs to be demarcated clearly but so far there has no consultation or notification by the Union Ministry of Home Affairs.

There have been cracks even within the BJP’s leadership in Ladakh. Senior BJP member, Thupstan Tsewang had already resigned from the party and from his position as a member of parliament in 2018. More recently in 2020, Ladakh’s BJP president Tsering Dorje Lakrook resigned from his post and the party after claiming that the Union territory’s administration was not allowing public representatives and institutions like the Hill Councils to function.

Thus, a year after the Union government unilaterally read down Article 370 on August 5, 2019, the initial reactions of excitement and anger have dissipated. Ladakh is now faced with an uncertain future, a shaky administration and a government in New Delhi that seems to have tuned out of the aspirations of Ladakhis.

Murtaza Fazily is a senior editor at Stawa, a periodical published from Ladakh.