The appointment is being seen as the West Bengal chief minister’s message to all party deserters that anyone who wanted to come back would be forgiven. 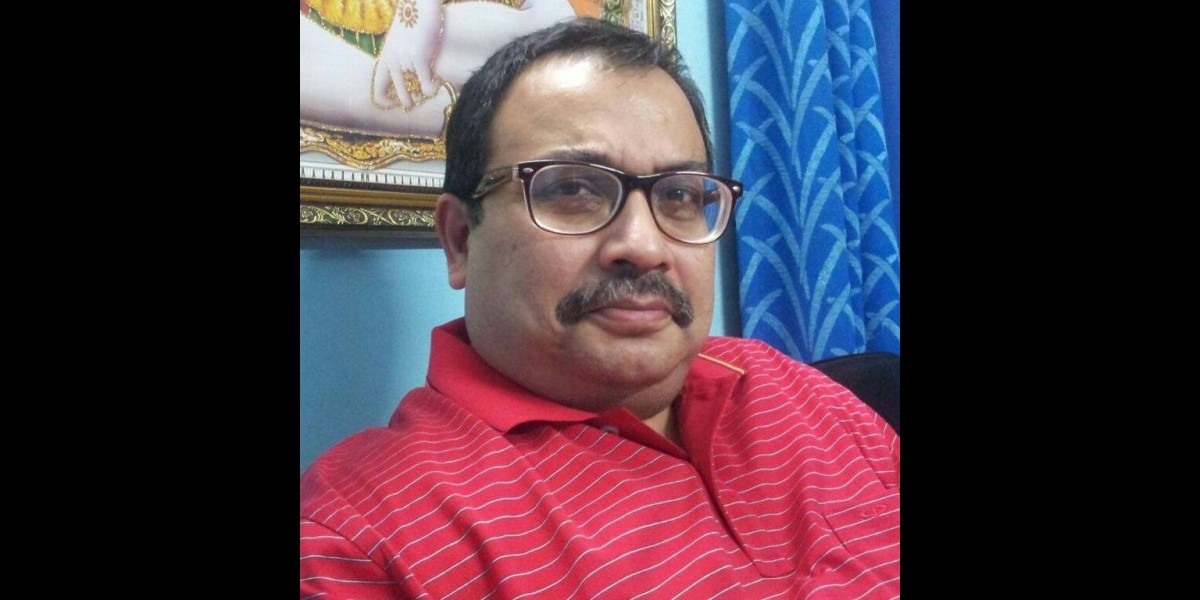 Kolkata: In a surprise announcement, Mamata Banerjee’s Trinamool Congress (TMC) on Tuesday appointed Kunal Ghosh, one of the main accused in the Saradha chit fund scam, as one of the party’s spokespersons. This was his formal reinstatement in the party after being suspended seven years ago.

Ghosh, a journalist-turned-politician, was arrested by the Banerjee-constituted special investigation team (SIT) on November 24, less than two months after the TMC suspended him for six years for publicly criticising the party. Following this, Ghosh repeatedly dragged the TMC chief’s name into the Rs 2,459 crore scam, one of the biggest political scandals in West Bengal. He had urged the Central Bureau of Investigation (CBI) to interrogate Banerjee in connection with the scam and called her the ‘biggest beneficiary’ of the Saradha group’s media operations.

The former TMC Rajya Sabha MP spent 34 months in nine jails of the state, and in the custody of the state police and the CBI. He got bail on October 5, 2016. He had been slapped with cases in almost all districts and even tried to kill himself while in jail, blaming the administration for unbearable harassment.

Between 2013 and 2016, Ghosh had emerged as a major embarrassment for the TMC as he tried to implicate a series of TMC leaders in the Saradha scam after he felt that the party was trying to make him a ‘scapegoat’.

Speaking on his new appointment, Ghosh said on Tuesday, “I never considered myself outside the TMC family. Since the party has entrusted me with some responsibilities, I will try to carry out them in a dedicated manner.”

Asked how he would handle questions from opposition parties citing his previous statements implicating top TMC leaders in the Saradha scam, Ghosh said, “The matter is sub-judice and I will not comment on issues being examined by the court.”

Kunal Ghosh became one of the top confidantes of railway minister Mamata Banerjee in 2010, when Ghosh became the ‘group CEO’ of Saradha media, which ran a Bengali daily, an English daily, an Urdu daily and two Bengali news channels. All these media outlets were mostly used for pro-TMC propaganda ahead of the crucial 2011 assembly elections. After Banerjee took over as chief minister, Ghosh played the anchor on the dais of TMC’s flagship annual event, Martyrs’ Day, on July 21.

The Saradha group scam broke out in April 2013 and the Saradha group chief, Sudipta Sen, was arrested from Jammu and Kashmir the same month. Soon, Ghosh fell out with the party, perhaps after sensing that the government was trying to save party bigwigs at his cost.

His series of statements implicating other TMC leaders in the scam led the party to suspend him.

Also read: As Mukul Roy Distances From BJP Leadership, Is He Headed Back to the TMC?

During his life in the custody of the state police, one of the common scenes was Ghosh’s scuffle with policemen during his production in courts. Every time he tried to say something addressing the journalists present, the police guarding him would create a hullabaloo to ensure his voice did not reach the media persons.

Ghosh continued taking potshots at the TMC even after his release. He was back in journalism in 2017 and has been working at a Bengali web portal.

Speculations of his returning to the TMC were everywhere after he met Banerjee and her nephew, Abhishek, at Banerjee’s Kalighat residence in June 2019. However, he did not stop his criticism.

In February 2020, when Banerjee attributed actor-turned-TMC Lok Sabha MP Tapas Pal’s untimely death to the Centre’s ‘politics of vendetta’ – Pal spent 13 months in jail after the CBI arrested him in connection with the Rose Valley chit fund scam – Ghosh said that, going by the same argument, the state government was responsible for Ghosh’s mother’s death.

In January 2020, he even said in an interview that he “did not know that one needed Boroline (antiseptic cream) to be a part of TMC”.

Ghosh’s reinstatement in the party hierarchy – one of the 22 state-level spokespersons – comes amid a slew of organisational changes that TMC undertook over the past few days. The party’s youth wing was reorganised and the party reconstituted its state committee, state working committee and formed a seven-member ‘steering committee’.

Among interesting appointments were those of Lalgarh movement leader Chhatradhar Mahato and expelled CPI(M) leader Ritabrata Banerjee – both as state unit secretaries.

According to psephologist Biswanath Chakraborty, Tuesday’s move reveals Banerjee’s desperation to strengthen her party ahead of the 2021 assembly elections by bringing all disgruntled and inactive leaders back.

“Ghosh’s appointment comes following Mamata Banerjee’s July 21 call to bring party deserters back into the party’s fold. She is anticipating an impending poaching drive by the BJP and is now focused on strengthening her own party. However, Ghosh will have to face questions about his past comments implicating Mamata Banerjee in the Saradha scam,” Chakraborty said.

Speaking on the condition of anonymity, a TMC leader said that the appointment was more about sending a message to other party deserters and disgruntled leaders than about Ghosh himself.

“She does not have much to gain from Ghosh. Besides, he carries taints. However, Ghosh and Mukul Roy are the two leaders who have tried to harm the party the most. By reinstating Ghosh, she gave a clear message that anyone who wanted to come back would be forgiven,” said a TMC Rajya Sabha MP who did not want to be named.

Also read: In Bengal Politics, Violence Begets Violence. But Does it Always Deliver the Goods?

The TMC has so far lost one Lok Sabha MP and 10 MLAs, besides several panchayat members and municipal corporators, to the BJP since the latter’s stunning Lok Sabha election performance in Bengal in 2019.

Rathindra Bose, one of the general secretaries of the state BJP, said Ghosh’s appointment “exposed the TMC’s helpless state”.

“The TMC looks jittery. They are appointing all the discarded and discredited personalities – from CPI(M)’s Ritabrata Banerjee to their own Kunal Ghosh. This exposes how scared she is of losing power next year,” Bose said.