S.S. Khaplang, Naga Rebel Who Became One of the Indian Army's Deadliest Foes

The death of the NSCN (K) leader raises questions about the rebel group's future strategy vis-à-vis both the Indian and Myanmar governments. 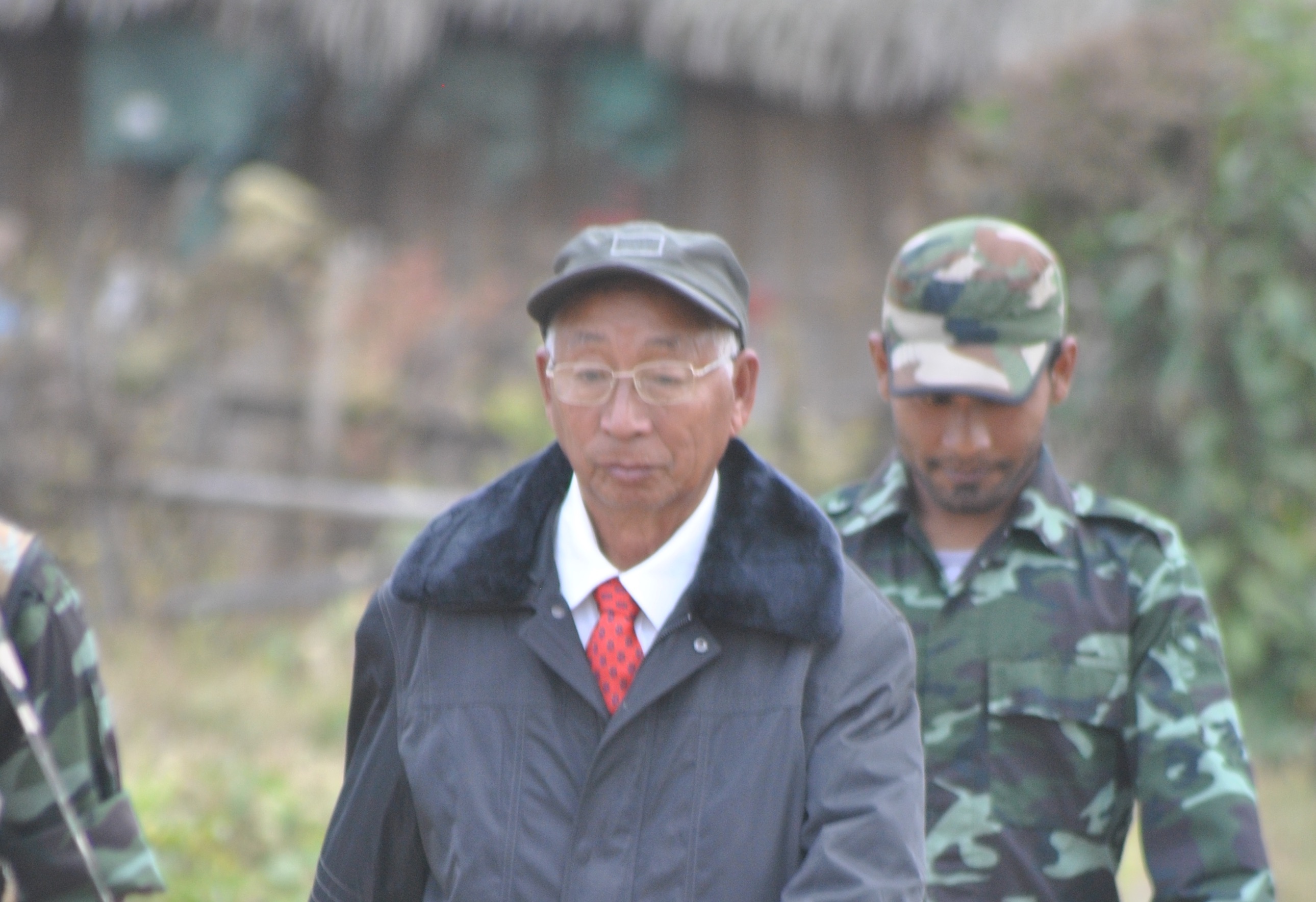 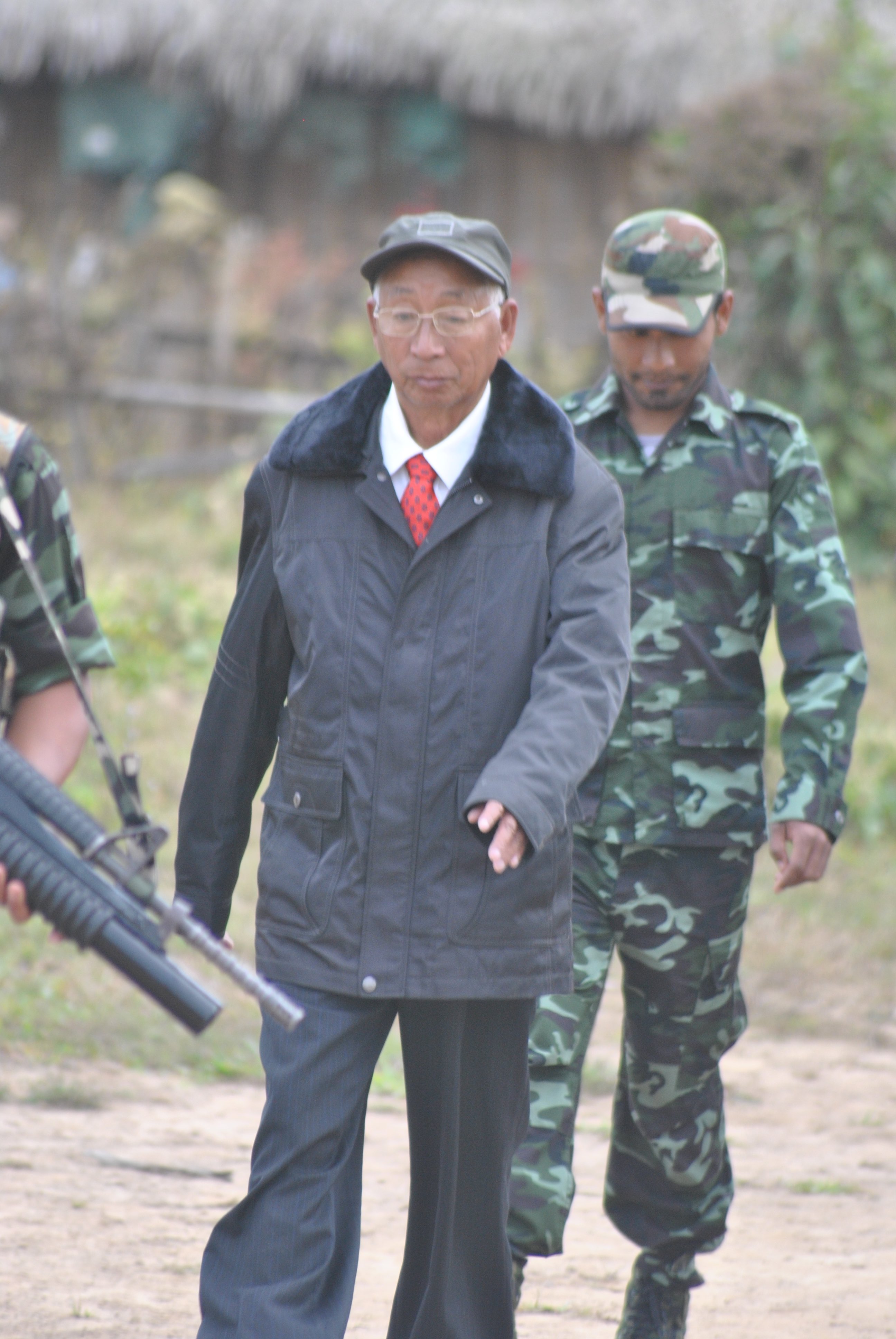 In the past seven decades, the Naga separatist movement has given birth to many leaders from different factions but only a few like Angami Zapu Phizo and Isak Chisi Swu came to assume a larger-than-life persona whose influence and esteem cut across conventional tribal boundaries. S.S. Khaplang, who passed away on Friday evening after a lengthy illness, was undoubtedly in that category. He was 76 and is survived by three sons and a daughter.

Sangwang Sangnyu Khaplang, the Naga rebel chief, breathed his last at a camp deep inside Hukawng Valley in Myanmar, fuelling speculation about the future of the organisation he headed – the National Socialist Council of Nagaland (NSCN-K) – and the change it would bring in the contiguous Naga-inhabited regions in Myanmar. He had been bed-ridden for at least two weeks at the camp in Taga where the headquarters of various separatist outfits from the Indian northeast are also located.

From the late 1970s, Khaplang had been an important player in the separatist movements of Nagaland and other parts of the northeast. He was declared a ‘wanted’ man by the National Investigation Agency (NIA) in 2015 after his alleged involvement in a deadly ambush in Chandel, Manipur that resulted in the death of 18 army personnel. As the vice-president of the undivided NSCN, he had established links with many insurgent outfits from the northeast since the early 1980s. His demise leaves a vacuum in NSCN(K) and the ‘Government of the People’s Republic of Nagaland’ (GPRN) that he had founded and steered for close to four decades.

Along with a colleague, Pradip Gogoi, I interviewed ‘Baba’ Khaplang at his headquarters in  Taga in December 2011. We expected to see a sprawling camp with armed cadres; instead, his establishment consisted of only four huts, big and small. It was these that he was running a parallel government in a vast swathe of territory in the Naga areas of Myanmar from the region east of Changlang in Arunachal Pradesh to Phek in Nagaland. At the time, Khaplang’s faction also had – and still retains – pockets of support in the eastern districts of these twin states.

A hearing aid was inserted into Khaplang’s right ear and questions often had to be repeated by his secretary, Yonkhong, who was an excellent interpreter. Baba’s Nagamese was unlike that spoken in Nagaland and Manipur and was difficult to comprehend as well. He was witty, outspoken and never guarded in what he said. An extremely warm host, he requested us to stay for at least a few months more but after 53 days in the field we had to return.

In spite of his advancing age, the old man was kind enough to deal with all my questions for several hours over two days. What I gathered from him on Myanmar’s Naga inhabited zone was invaluable to say the least, especially his revelation about the informal understanding that existed between the NSCN(K) and the Tatmadaw – Myanmar’s military –since 2001. This was upgraded to a written accord on April 9, 2012.

Khaplang was born sometime in the third week of April 1940 at Waktham in Myanmar, a mountain village opposite Changlang in Arunachal Pradesh. He attended boarding schools at Assam’s Margherita and then in Myanmar’s Kachin state before quitting to establish a training unit for the Nagas which was despised by the Kachin Independence Army.

Soon he left Kachin and began to mobilise the Nagas in the hills around the valley. His premonition proved right – the Kachin soon demanded and encroached upon a slice of the Naga domain. A Naga organisation called the National Defence Force had been formed with Khaplang playing a key role and it was already prepared to take on the Kachins when war erupted in 1963. What helped the NDF was the huge cache of Japanese weapons they had with them which the KIA lacked. After a series of reverses, the KIA declared a ceasefire, followed by total cessation of hostilities by both the sides. In 1965, the NDF was dissolved and the Eastern Naga Revolutionary Council was formed with Khaplang as its vice chairman.

The next important milestone for Khaplang was his decision to join forces with the Naga National Council (NNC). This was long after Phizo had settled in London. The NNC was a discredited outfit among the Nagas after a section of top functionaries concluded the infamous Shillong Accord with the Indian government in 1975. To make matters worse, a faction of the NNC had also ordered the execution of two prominent leaders – Thuingaleng Muivah and Isak Chisi Swu – who were opposed to the accord. Khaplang stepped in and assumed the role of NNC president in 1979. With Khole Konyak’s assistance, he succeeded in rescuing the duo and marginalised the group that was in favour of putting an end to the separatist campaign. In 1980, the NSCN was formed with Khaplang as vice chairman.

However, this achievement was short-lived. The NSCN split in 1988 with general secretary Th. Muivah and chairman Isak Chisi Swu narrowly escaping with their lives. Khaplang decided to join hands with rebel groups from Assam and Manipur, and the Indo Burma Revolutionary Front (IBRF) was formed a year later and a squad jointly trained at Dukum. This was the precursor to the launching of Operation Dao in 1991, when an offensive was carried out against the Myanmar army. There were macabre tales – of bodies being hacked and the severed heads of Myanmar army personnel being carried back to villages as trophies. But soon there was a shortage of weapons as there was no money to pay suppliers in the South-East Asian countries.

The cat-and-mouse game between the Nagas and the Tatmadaw was to continue throughout the 1990s. From 2001, the situation improved dramatically after the informal pact with the Myanmar army. As Khaplang himself said, “There was peace in the villages. People could sleep without fear.”

Neither Khaplang nor any of his allies from the Indian northeast ever faced any hostility from the Myanmar army after the agreement. On a couple of occasions, however, their camps were burnt after the inmates were informed and told to shift to different location. In return, the Myanmar army extracted some concessions like the teaching of the Burmese language to Naga students in as many villages as possible. We came across many young teachers from the mainland during our sojourn in this region six years ago. There was good news as well from the other side of the border. In 1997, the Indian government had signed a ceasefire with the I-M faction of the NSCN. A ceasefire agreement with the Khaplang faction was signed in 2001, leading to cessation of hostilities with the Indian government . 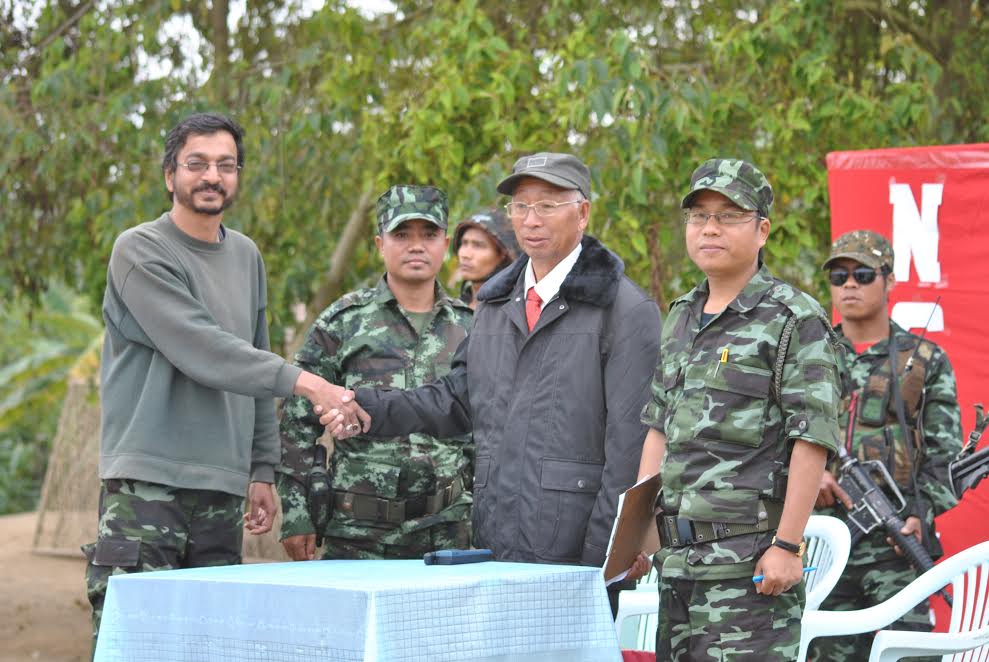 The agreement worked well for more than a decade until 2011, when trouble began to brew in the NSCN(K). Two senior leaders, including the army chief Khole Konyak, revolted against Khaplang and formed a separate faction. In early 2015, the organisation received another jolt when more leaders walked out over differences on the ceasefire with the Indian government. Khaplang then annulled the agreement, causing a sharp divide between the leaders based in Myanmar and those in Nagaland and Arunachal Pradesh.

Khaplang had other plans in mind. He gave his nod to ULFA chief of staff Paresh Baruah’s plan to stitch an alliance among the Indian insurgent groups based in Myanmar. Four outfits eventually came together to form the United National Liberation Front of Western South East Asia (UNLFWSEA). The new front soon carried out a series of deadly ambushes against Indian security forces in Manipur and Nagaland. Evidently, the chief’s decision fulfilled many objectives. His decision to snap ties with New Delhi was hailed by all the separatist groups from the northeast. The strengthening of relations between them was mutually beneficial since they were in need of each other for different reasons. Khaplang’s simultaneous resolve to begin the integration with the Myanmar mainstream also brought him closer to the Tatmadaw. It may be mentioned that the NSCN(K) participated in the peace conference organised by the newly elected government in Myanmar last year.

What happens now to the rebel base?

Rebel camps belonging to separatist outfits from the northeast have sprung up in different locations in the neighbouring country. Only those in the upper Sagaing Division and contiguous to the eastern districts of Arunachal Pradesh and Nagaland are under the control of the NSCN(K). The authorities in Naypyidaw is yet to establish its presence in this region, which is among the most underdeveloped region in Myanmar. The Manipuri groups (the PLA, UNLF, etc) also have camps and training facilities in the southern region of Sagaing Division which are, however, beyond the control of the Nagas. These camps exist as a result of a tacit understanding with and regular payment to the Myanmar army. It is quite unlikely that these camps will be dismantled any time soon.

Naypyidaw has been putting in efforts to bring all insurgent groups to the negotiating table. The Tatmadaw believes any offensive at this juncture against the Nagas could send a wrong signal about the Myanmar government’s motives. Several groups, including the Northern Alliance, have already expressed doubts and are unsure about participating in a conclave likely to be held soon. Secondly, the strength of the Myanmar army is estimated at around 300,000 and it would not prefer to open a hostile front in Sagaing with the Nagas when war is on in the Kachin and Shan states and Arakan too is disturbed. Of course, much would depend upon Khaplang’s successor and whether he would be able to maintain warm ties with Naypyidaw and keep the rebel flock together.

Months ahead of Khaplang’s demise, there were reports that the Konyak-Pangmi and Sumi factions in NSCN(K) were at loggerheads on certain issues which have remained unresolved. Vice president of GPRN Khungo Konyak had reportedly blocked some proposals forwarded by army chief Nikki Sumi, who hails from Zunheboto in Nagaland. Both are also contenders for the top position but sources in NSCN(K) revealed that Konyak had “brighter chances” of succeeding Khaplang. Konyak enjoys a close rapport with all the other groups but whether he would be able to ensure the unity of the organisation remains to be seen.

Rajeev Bhattacharyya is a journalist in Guwahati and author of Rendezvous With Rebels: Journey to Meet India’s Most Wanted Men