The environment created by the BJP’s campaign chariot couldn’t pierce through the solid foundations of a state economy built around the principles of a robust social safety net for its most vulnerable. The electoral success of Mamata Banerjee’s Trinamool Congress (TMC) in West Bengal and Pinarayi Vijayan’s Left Democratic Front (LDF) in Kerala mark a critical junction in the state of Indian politics today. Not only have both these grassroots leaders, belonging to regional parties, stopped the Bharatiya Janata Party (BJP) from coming to power in their respective states, they have also shown a way to offer some key economic policy lessons that are vital towards building a strong political opposition against the BJP – at a national level too.

Compared to Kerala where the BJP couldn’t manage to win a single assembly seat this time, in West Bengal, the party won around 77 seats (taking a lot of its vote share from the Left + opposition parties). In Bengal’s highly polarised election, despite all the national hype, an absurd amount of spending in campaign money, the BJP still couldn’t defeat the incumbent TMC. Mamata’s TMC is likely to have won the state by even a bigger margin than the last assembly election. While in Kerala, for the first time in four decades, an incumbent party has won the state election again.

What does it say about the success of both parties and its leadership?

The answer to this may lie in both states’ political economic performance: in the persistent pursuit of pro-people, welfare measures allowing voters, irrespective of geography (rural-urban), class, caste, ethnicity, gender, to vote in large numbers for incumbent leaders. The hawa (political environment) created by the BJP’s campaign chariot couldn’t pierce through the solid foundations of a state economy built around the principles of deliberative redistribution and a robust social safety net for its most vulnerable.

On poverty too, despite low-growth levels, West Bengal did well over last decade, as poverty rate fell to 14% compared to the national average where poverty rate went up to 23%. As Maitreesh Ghatak of London School of Economics explains, “Despite the state’s lack of ‘economic dynamism’, the rate of growth of purchasing power in rural areas of West Bengal has been higher than the national average. This could be partly due to state government’s various transfer programmes such as the Kanyashree or Krishak Bandhu or Yuvashree…”

Success of rural-based welfare programmes allowed women voters to drive Mamata Banerjee’s TMC to electoral success, along with rest of the social groups in economically vulnerable categories (minorities, Dalits, tribal communities). A vote share of more than 50% for TMC against the BJP and other opposition parties otherwise would not be possible, if all these groups didn’t vote together for the incumbent.

On welfare schemes, TMC increased spending during its term over the last decade. State budget 2020-21 announced that persons aged 60 and not covered under any pension scheme belonging to the Scheduled Castes and Scheduled Tribes shall get a monthly pension of Rs 1,000. The new pension scheme is expected to cover 2.5 million beneficiaries, with an allocation of Rs 3,000 crore.

In 2019, the state also announced the Krishak Bandhu scheme – its own version of the PM-Kisan cash transfer scheme. The state also provides free electricity for the poor. Under the Karma Sathi Prakalpa scheme, the government provides loans of up to Rs 2 lakh for taking up any new income-generating project. With an allocation of Rs 500 crore, this scheme aims to target one lakh unemployed youths. 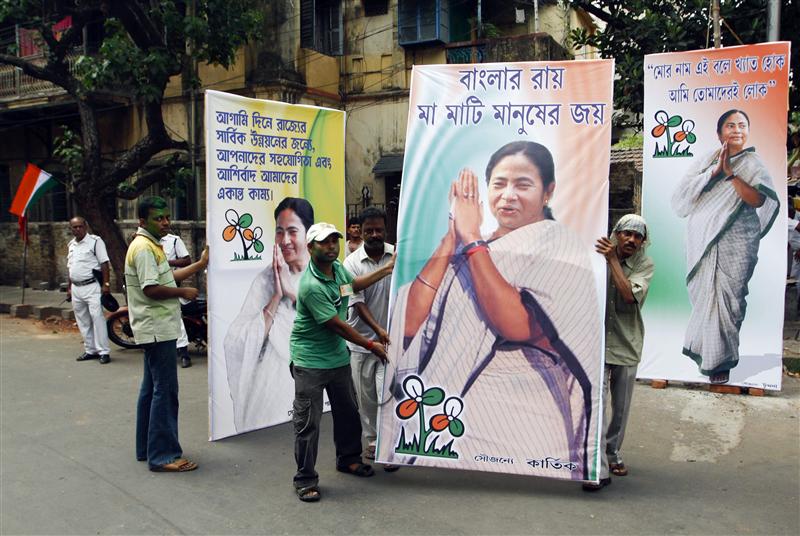 In Kerala too, Pinarayi Vijayan’s electoral success was built around his government’s ‘pro-people’ policies that helped the state battle a pandemic’s wrath. Kerala – which was one of the worst affected states during the first wave of the pandemic in 2020, a natural disaster (floods in last August) – made sustained public investments in healthcare, social-protection and immediate disaster response-rehabilitation.

On social and economic performance, Kerala has always done well in comparison to most other states, especially those in the north where the BJP has had a strong electoral foothold. Kerala outdid others in implementation of family planning practices, in health indicators like life expectancy, infant mortality rate, maternal mortality, neo natal care etc. Based on the last census data, the state has the lowest decadal population growth (4.9%), the highest female-male sex population ratio (number of females per 1000 males: 1084) as compared to other Indian states. The state also has one of the highest proportions of GSDP (gross state domestic product) spending on areas of education, health and other social-welfare related expenditures. 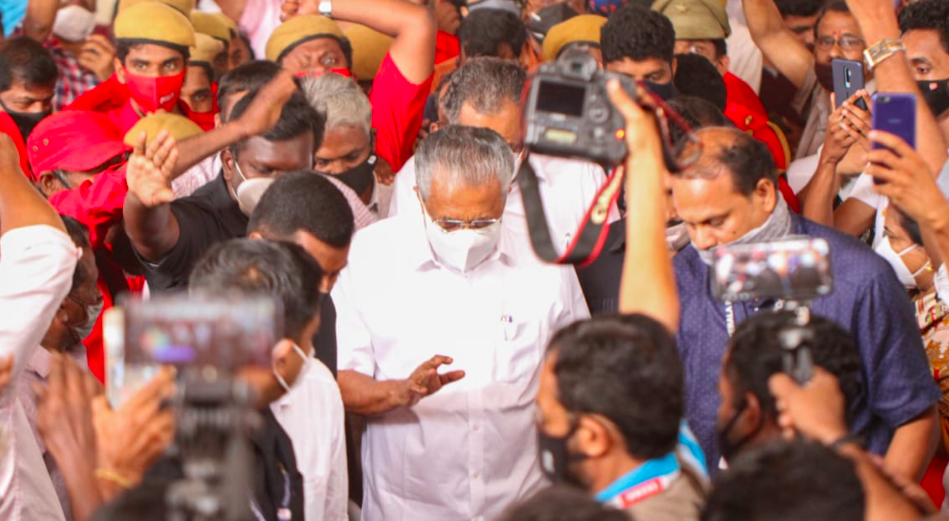 Pinarayi Vijayan at a rally in Thrissur ahead of the Kerala assembly polls. Photo: Twitter/@vijayanpinarayi

What’s interesting to note in the context of both West Bengal and Kerala is how, despite low state-level growth performances (in comparison to the national average), they have done well in improving the lives of those in the economically vulnerable category (those in the minority and of lower class-caste), and over time increased their purchasing power. Better implemented land-reforms, localised schemes of conditional income transfers, and a better functioning price-rationing system for ensuring basic nutritional supplies and making access to housing, healthcare and education more affordable to the general population, including those who migrated to the state from other states. More importantly, those in rural areas realised the actual benefits of these steps.

State governments, whether TMC or LDF, did well to identify and realise the needs and interests of the society, while consciously moving away from projecting the paradoxes of a classical neoliberal policy trap – the adoption of which widened both economic and social inequities in many Indian states including the high growth performing states of Gujarat, Maharashtra, to name a few over the last decade.

We see horrible repercussions of that today when states like Gujarat and Maharashtra’s healthcare system are observed to be severely stressed even after a year of the pandemic. Each of these states under invested in public health, education and in social welfare measures. Poverty, pre-existing social inequities further accentuated from a neoliberal economic policy pursuit for decades, giving way to a ‘false’ politics of aspiration, disconnected from actual realities, coalesced around an ‘us’ versus ‘them’ identity-based polarisation and majoritarian assertion with less regard for people’s welfare.

Building a consensus for a national level political and economic opposition to such politics may therefore draw upon vital lessons from the success of grassroot, welfare politics of Mamata Banerjee and Pinarayi Vijayan. They show how deliberative redistribution anchored in an economic policy system working for and in the interests of the poor and most vulnerable are part of a successful counter punch to BJP’s centralised national politics of authoritarian populism being practiced sans a strong welfarist policy outlook.