Kerala: BJP-Church Relationship Improves, But Will it Impact the Assembly Elections?

Since the Christian community in the state has its own political groups, each one closely allied with traditional political fronts, the BJP may still find it difficult to make any significant electoral gains. 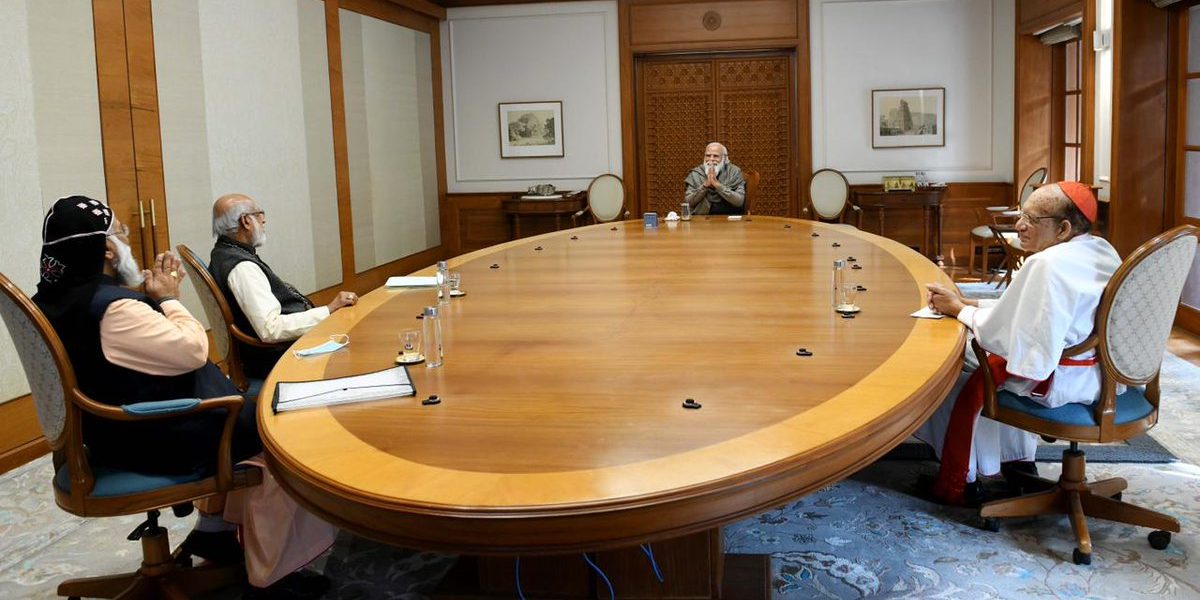 Kozhikode: With assembly elections due soon in Kerala, it appears that the Bharatiya Janata Party (BJP) is trying to improve its relationship with the church. The state’s church leaders recently met Prime Minister Narendra Modi on a series of issues, even as news media reports suggested that the saffron party may field more Christian candidates in the coming assembly polls.

While the meetings between the church leaders and the prime minister discussed issues ranging from Pope Francis’ visit to India to a century-old church dispute, it appears that there is growing interest on both sides to improve their ties.

During the January 19 meeting attended by the heads of two Kerala-based Christian groups, the community leaders discussed the “unjust” distribution of minority welfare funds among different minority groups in Kerala.

The church leaders complained that the Christian community receives far less benefit from the minority welfare schemes compared to the Muslim community – an allegation disputed by both the state government and Muslim leaders.

The Christian delegation brought up issues such as the protection of the religious and educational rights of the minorities, according to various media reports, as well as the increased restrictions on foreign contributions to the church and the continuing incarceration of Father Stan Swamy. When a section of the news media reported that the church leaders also discussed ‘love jihad’, the Christian leaders clarified that the issue had not been raised during the meeting.

The latest meetings between the church leaders and Narendra Modi were arranged by P.S. Sreedharan Pillai, a senior BJP leader from Kerala who is currently the governor of Mizoram, a Christian-majority state. Pillai has reportedly been using his contacts with both the Christian leaders and the BJP central leadership to establish ties between the two.

After the January 19 meeting, the church leaders said Modi had listened to their demands with an “open mind”. They also said they did not discuss politics during the meeting, but added that the Church “does not keep a special distance” with any political party.

Deepika, a popular Christian newspaper in Kerala, reported that the meeting had been “friendly, heartfelt and creative”.

Asked if the community leaders were hinting that the church may soon take a pro-BJP stand, Father Jacob Palackappilly, spokesperson of the Kerala Catholic Bishops’ Council, avoided a direct answer. “The Church respects all political parties in India” and “citizens are free to choose the party as they wish,” he said.

Father Jacob also avoided a straight answer when asked about the church’s view on the Hindutva violence, including attacks on churches and Christian believers across the country. “We don’t agree with any such violence. Violence is violence when it is done by any group or individuals,” he said.

Political pundits believe that the BJP’s efforts to better its relationship with the Christian community in Kerala are driven by electoral interests. The saffron party has not so far significantly challenged the binary politics in the state, which are controlled by two powerful coalitions led by the Communist Party of India (Marxist) and the Congress party. The BJP has repeatedly tried to consolidate Hindu votes in its favour, but has not yet succeeded.

In a state where Muslim and Christian communities have a significant presence, the BJP realises that the support of at least one of these two communities is inevitable if it is to make any electoral progress in the state. Since the Muslims’ support is unimaginable for the Hindutva party, it is trying to woo the Christian leadership by exploiting the existing fault lines between the minority communities.

A recent article published in Deepika said that the Christian community may not support either of the two traditional political fronts – the Left Democratic Front and the United Democratic Front – in the coming assembly elections, if the community does not get ‘justice’ from these parties. The article added that the BJP will demand justice for Christians if the secular political parties fail the community.

The Kerala Congress (M), led by Jose K. Mani, is a constituent of the ruling Left Democratic Front. The other faction, led by P.J. Joseph, is part of the United Democratic Front, the opposition alliance. Since the assembly elections will be held within a few months, neither of these parties is unlikely to switch to the BJP-led National Democratic Alliance, which has no chance to form a government in the state.

Jaleel added that the state government has already formed a commission to study the status of the Christians in the state and will plan and implement special schemes for the community once the commission submits its report.

The Christian and Muslim communities in Kerala have completely different histories of educational progress, as several historians have pointed out in the past.

Speaking to The Wire, Dr Ajmal Mueen, head of the history department at Mohammed Abdurahiman Memorial Orphanage College in Mukkam town in Kerala’s Kozhikode district, said that the local Muslim community, which had been a strong opponent of British colonialism, had long “resisted” modern education for cultural and political reasons including the belief that it was promoted by the “invading foreign powers”. On the other hand, the local Christian community had the advantage of being the primary beneficiaries of the modern educational revolution spearheaded by the European missionaries, Mueen said.

The editorial also said that the government should address the Christians’ concerns to protect the friendly relationship between the two communities.