The thinking of the church could impact the fortunes of the LDF and the UDF in almost 50 seats southwards from Thrissur district. Thrissur/Kottayam/Kollam: Just after the morning mass on Good Friday, the vicar of St Francis Xavier Catholic Church, Pattikkad, of the Thrissur diocese, had a surprise visitor. It was the Left Democratic Front (LDF) candidate and government chief whip, K. Rajan. The purpose of his visit was simply to meet the priest in person and they talked for a good half an hour.

“We had some local issues that needed to be settled,” Rajan explained to The Wire, before leaving to meet voters elsewhere.

Rajan was not the only MLA from the LDF to visit the churches and their priests in the Christian week of sacrifice.  In normal circumstances, it is evident that the Catholic church backs the Congress-led United Democratic Front (UDF). This time around, however, with the Kerala Congress (Mani) switching sides and allying with the LDF, political observers believed that the church might have softened its stance towards the LDF. Certainly, when The Wire visited the Christian majority Kottayam district a couple of weeks earlier, the local leaders of the Communist Party of India (Marxist) had expressed that hope.

But their hope was short lived. When The Wire spoke to members of the Christian Life Community (CLC), a Catholic group of laymen, as they prepared for the Way of the Cross procession as part of the rituals of the holy week rituals on Good Friday, they identified themselves with the Congress party.

“We all are Congress workers or sympathisers, but as we have gathered here as part of the CLC, it would be improper for us to engage in political activities inside the church,” they said. 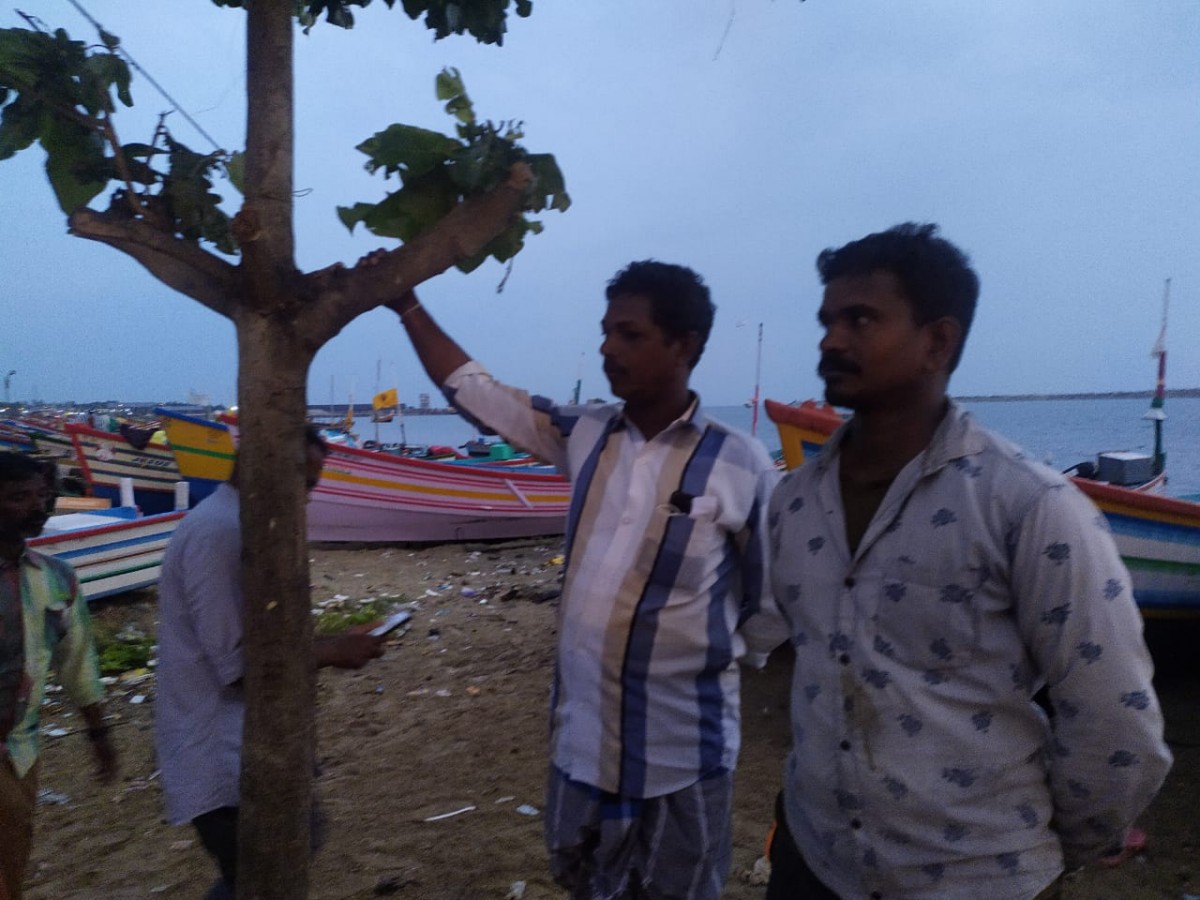 A pastoral note by the Bishop of Kollam read out in some churches of the Kollam diocese also showed that the Catholic church has not softened towards the LDF. The bishop’s epistle squarely accused the LDF-led state government of destroying the lives and livelihood of Kerala’s fisher folk.

It referred to the controversial agreement between the Kerala State Industrial Development Corporation and EMCC International, a US-based company owned by a group of Malayalis, to build a fleet of deep sea fishing vessels, which was later cancelled. The pastoral note also spoke of the Kerala Fish Auctioning, Marketing and Quality Control ordinance issued by the state government on September 23, 2020, to streamline the fisher folk’s auctioning process. The note did not say a word about the UDF, but severely criticised the Union government for its proposed Blue Economy (ocean) policy.

Fr K.J. Antony, secretary of the pastoral council of the Kollam diocese, said that the state government had turned hostile to the church for no reason.

“All that our bishop said in the pastoral letter was nothing but the truth,” said Fr Antony. “It was his pastoral duty to inform the people of his diocese about the imminent threat to their lives and livelihood. If the government was sincere in its approach, it should have come for an open discussion on the issues raised by the church. Instead, their party workers are indulging in a smear campaign against our leadership. We cannot sit idle when they take the way of confrontation.”

It was the boat owners who first protested the Kerala Fish Auction Marketing and Quality Management ordinance, which makes it mandatory for the fishing boats to pay not less than 5% of the auction amount as a commission to the government.

“The restrictions imposed on fishing in the name of the pandemic have pushed the fishing sector into crisis. This [ordinance] will drive the fishermen into a deep crisis,” states the Kerala Boat Owners’ Association, a significant body in the sector which has the backing of the church.

The state government’s controversial deep-sea agreement with EMCC to build trawlers, which was cancelled this February, a year after it was signed, also did not go well with the church. J. Mercykkutty Amma, the fisheries minister who is contesting from Kundara in Kollam district, is at the receiving end on both the issues. 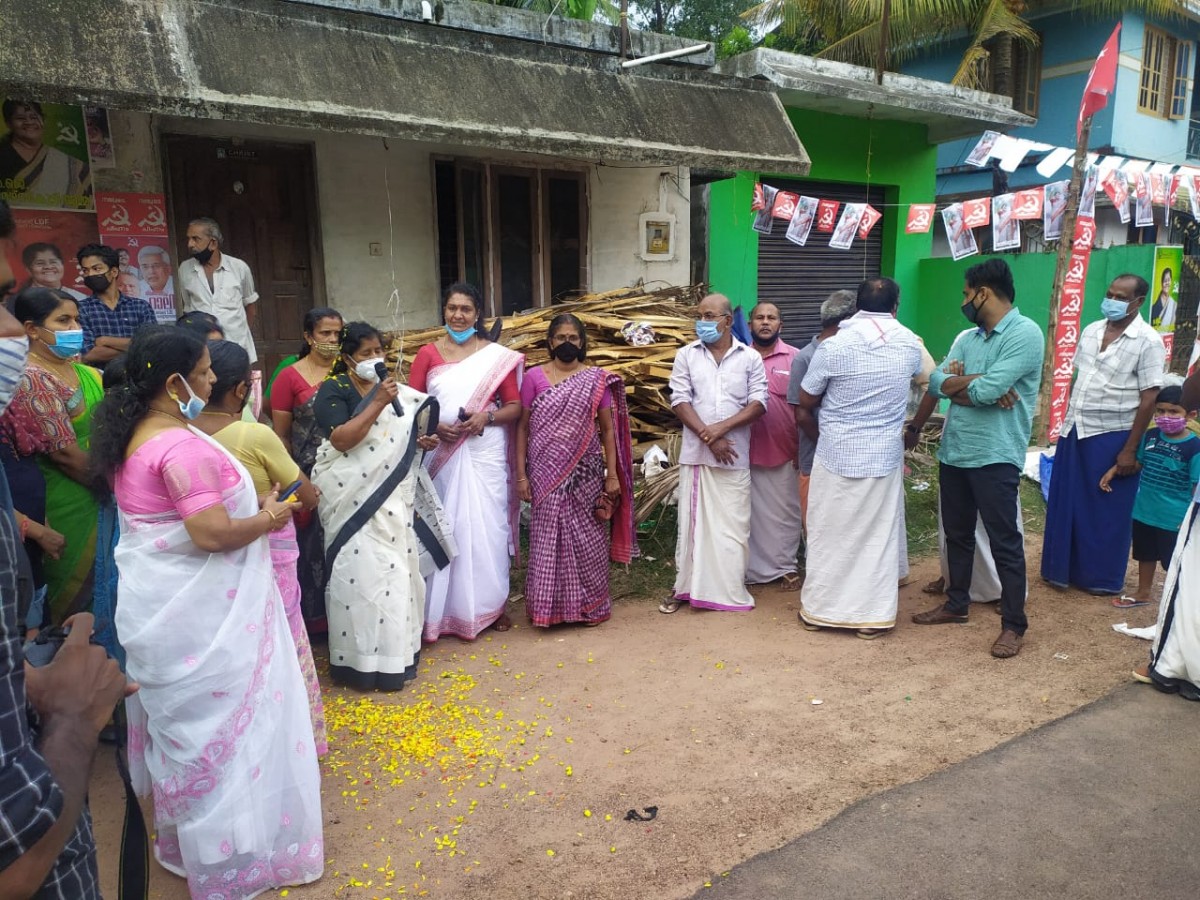 “These protests have nothing to do with fisher folk and fish workers,” the minister told The Wire just after a campaign speech in Ashanmukku, near Kundara. As she criticised the church for its involvement in political matters, she said: “The ordinance will significantly improve the income of the fisher folk. It was created to save them from exploitation by middlemen. The auctioneer and harbour management society will get 1% of the auction amount and 1% will be collected for the fisher people’s welfare activities. You can guess who is spreading misinformation.”

Many fisher folk do believe that the government has betrayed them. “The minister sounded very supportive of our cause, but was in fact working against us,” said Kochu Thomas, a fisherman from Thankassery, Kollam. “In many of the meetings we had with her, she had insisted that our boats should keep away from the ship lane. Only now do we realise that it was for the benefit of these shipping companies.”

On the other hand, a section of the fisher folk believes that the ordinance is beneficial for them and it is the boat owners who are behind the ongoing protests.

“The new ordinance will obviously help us as we can sell our fish directly at the harbour. The old auction system was not in favour of the workers anyway,” said M. Joseph, a frequent winner of the state government’s ‘best fisherman’ award. “The pastoral letter read in the church was totally uncalled for and I would say it was politically motivated.”

The fisher folk of Vizhinjam claim that neither the ordinance nor the EMCC agreement would have affected them. But they have other issues. “Here, our problems are directly related to the Vizhinjam Port project, executed by the Adani group,” said Paniadima John, an independent councillor of the Thiruvananthapuram Corporation who works among the fishermen of Vizhinjam.

The government’s stand on the feud between the Jacobites and the orthodox church has gone well with neither faction. The BJP had also tried get involved by bringing them to the table for talks, but the Jacobite faction which initially showed some signs of preference towards the ruling party at the Centre did not follow through. The orthodox church on the other hand, is keeping quiet about its political inclinations.

“During the Chengannur by elections, the orthodox priests openly sought votes for the LDF candidate, Saji Cherian. Now that has changed. The church no longer holds that soft corner for the government,” said Fr Jalson P. George, the vice president of Orthodox Christian Youth Movement, Chengannur. “I am not saying we will campaign against the government, but the kind of help we extended during the previous elections will not be there,” added the priest.

It is interesting to observe that the Christian religious leadership has never shown any kind of dissatisfaction with the UDF. This could give the Congress-led front some sort of consolation, as it had been widely believed that there was every possibility of a drift in the Christian votes from the UDF in these elections. 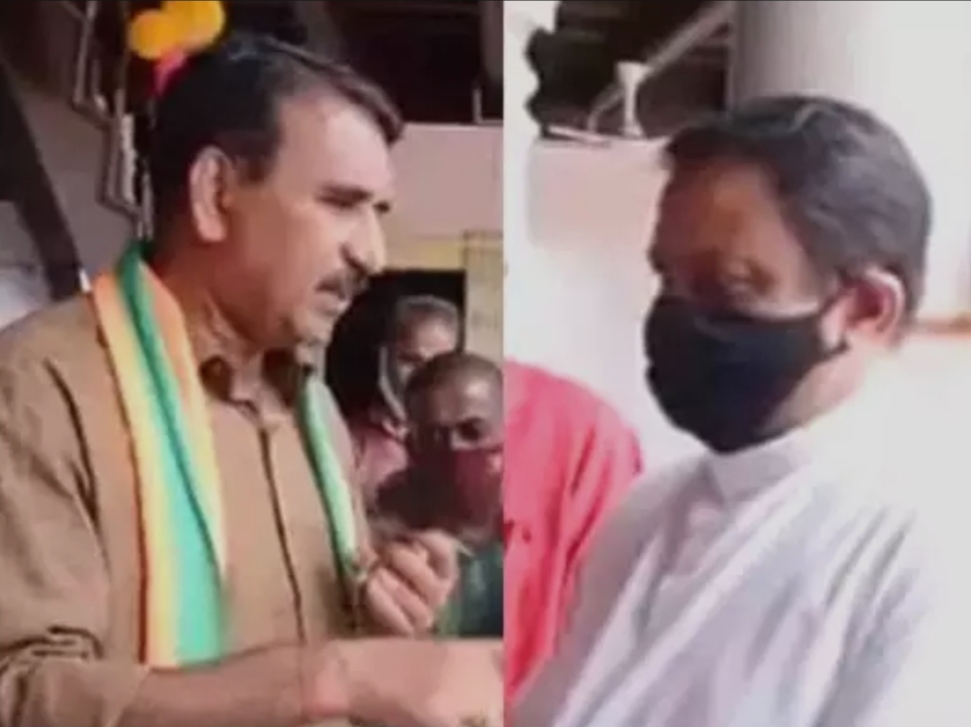 Ollur BJP candidate and the party’s state spokesperson B. Gopalakrishnan with a Christian priest. The photos are screenshots from a video that purportedly showed him talking against Muslims with the priest. Photo: Rajeev Ramachandran

The BJP’s campaign of ‘love jihad’ has had a huge effect on the community. The Kerala Catholic Bishop’s Council’s latest stance demanding a clarification from the political parties has been read as a clear warning in this regard.

Also read: What BJP Votes Will Mean for the Kerala Assembly Elections

Even though Jose K. Mani, the LDF’s new entrant, retracted his questions about the issue, the doubts are yet to be cleared. One of the other issues being raised by the Catholics along with the BJP is ‘discrimination’ in the distribution of minority student scholarships by the Kerala Directorate of Minority Welfare. It is interesting that no political party other than the Indian Union Muslim League (IUML), which has demanded a white paper on the issue, has responded to this.

“The Christian clergy and community have been wary of the changing power distribution within the UDF. The more powerful P.K. Kunhalikutty and the IUML become, the less is the chance of the church backing them,” said an LDF MLA who declined to be named.

“The Christian clergy and the BJP seem to have developed some common ground of late. It will not translate into electoral gains for the BJP in the coming election, but in the long term, that is a definite possibility. The BJP is known for its watch and wait politics,” observed Sethunath K.P., a senior journalist and political commentator.

It will not be easy to predict a possible shift of Christian votes in the Central Travancore region only because the Kerala Congress M switched sides. But now, as the campaigning heads toward its end, the problems in the fishing sector and the church apparently turning hostile towards the state government have had many political observers hinting at a possible setback for the ruling LDF in the Christian-dominated seats of the central and South Kerala. The effect of Christian votes could impact the fortunes of both the fronts in almost 50 seats southwards from Thrissur district.