The party will come out with a detailed report card on December 24 in which it will enlist how it has reportedly managed to fulfil all of its election promises. 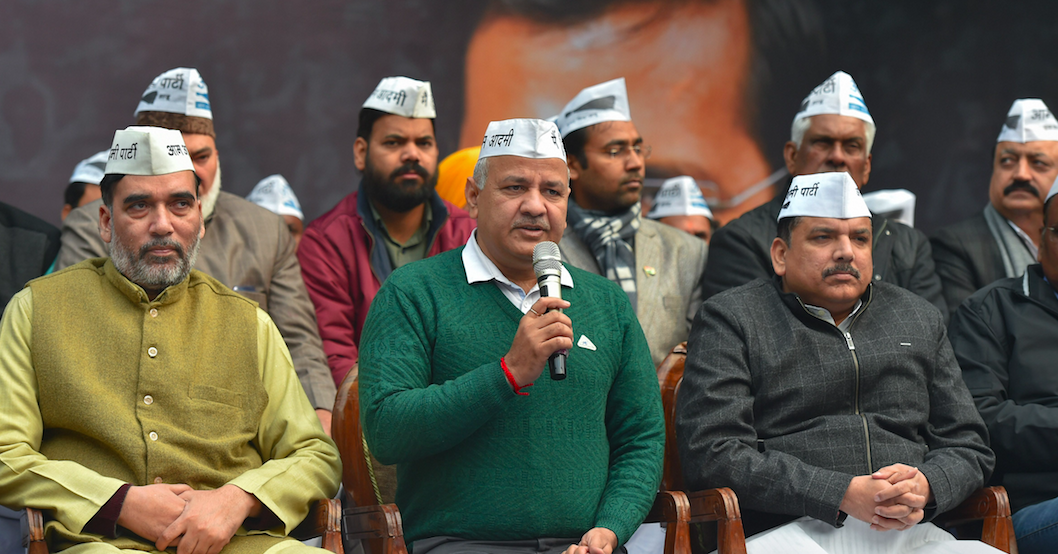 New Delhi: The Aam Aadmi Party government in Delhi would be seeking re-election in the upcoming Assembly elections on a positive agenda centred around the performance of the Arvind Kejriwal government over the last five years. On Friday, the party announced how its campaign for the polls would focus on “Ache beete 5 saal, lage raho Kejriwal’ (‘Five years went went, keep going Kejriwal’).

Announcing the decision behind the slogan, Deputy chief minister Manish Sisodia said, “The call has come from people who say things have been very good for the past five years.” As per the plan, AAP would unveil a report card on its performance on December 24.

Sisodia also announced, “MLAs and leaders will go to 35 lakh households to share this (the report card) with the people.” Besides, he said, AAP would organise 700 rallies over 10 days starting next week and 10 big town hall meetings as part of its election campaign.

Incidentally, AAP has adopted a different poll strategy this time. It appears to have been influenced by its tie-up with the political advocacy group Indian Political Action Committee (I-PAC) of noted strategist Prashant Kishor. The group will manage AAP’s political campaign and funding. As part of the new strategy, hoardings bearing the slogan devised for the campaign have come up at the party’s headquarter.

The announcement of the campaign slogan came a day after the party launched the much-awaited free WiFi scheme at ITO. As part of the scheme, which was mentioned in the party’s manifesto for the 2015 assembly election, WiFi hotspots will be created in several parts of Delhi. Over a hundred of them have already been made operational and more are expected soon.

In fact, chief minister Kejriwal stated during the inauguration that providing free WiFi hotspots was the last of the promises of his party and with its fulfilment, his government has become the first in Delhi to have fulfilled all its promises. “By evening, 109 WiFi hotspots will be active and after the completion of the installation of the initial 100 hotspots, 500 hotspots will be installed every week,” he said on Thursday.

As part of the project, a total of 11,000 WiFi hotspots have been planned, of which 4,000 will be at bus stops. Of the remaining 7,000, some would come up at markets and others at specific areas suggested by the residents’ welfare associations.