These Kashmiri Leaders Lost Loved Ones to Terrorism. Now the State Sees Them as a 'Threat'

Most of the detained politicians contested elections amidst mass boycotts, exposing themselves and their families to heinous militant attacks.

“They make a desolation and call it peace”

With the current desolation that the government of India has unilaterally cast on the people of Jammu and Kashmir to seal the reading down of Article 370 of the Constitution, this line from Agha Shahid Ali’s The Country Without a Post Office resonates loudly.

Article 370 was not only a bridge that connected Jammu and Kashmir to India but also the promise that J&K’s monarchical past could be transcended to give its people a future of autonomy sanctioned by the Constitution of India.

The last 115 days have been extremely tumultuous for the people of Jammu, Kashmir and Ladakh. On August 5, 2019 the erstwhile undivided state lost the last strand of its autonomy, the only safeguard that made its historic accession possible.

Nowhere were the aspirations, wishes and concerns of the people of Jammu, Kashmir and Ladakh kept in mind as the Centre strategically administered a siege in the form of a lockdown of the whole region. This has been heavily criticised the world over as a violation of human rights, as collective punishment.

Massive militarisation, collective incarceration of the political mainstream and a harsh communication blackout make Kashmir seem like a battle-field in the 21st century.

The sole purpose of a democracy as we define it today is to ensure that those who are to be governed are the ones selecting and electing the representatives by whom they want to be governed. 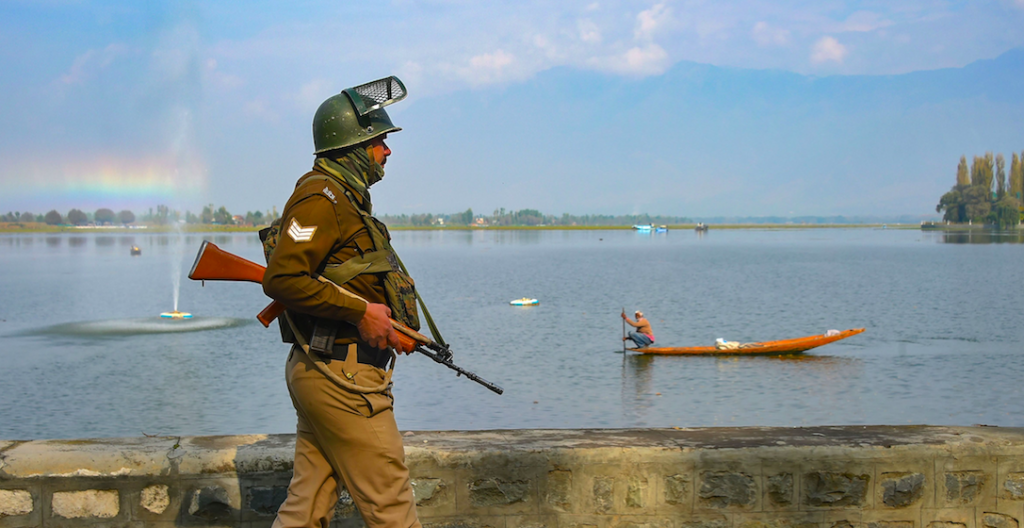 But what kind of democracy is it when laws are imposed without the consent of those elected representatives? Democracy dies a new death every day when each of these political leaders who have aided the cultivation of democracy, serves time in a subsidiary jail complex for being a “threat to peace”.

Currently, 30 mainstream political leaders who were earlier jailed at Centaur Hotel in Srinagar have been shifted to the MLA Hostel, which has been converted into a subsidiary jail complex to house leaders on “preventive detention”. Once the custodians of democracy in Kashmir, today these leaders are labeled as a “threat to peace”.

Leaving aside the questionable legality of their detention, how can the state classify these leaders as a “threat” when they themselves have been victims of crimes by militants, losing their own loved ones in conflict-torn Kashmir?

The continuous conflict and intrinsic insurgency in Kashmir has swallowed the relatives of Sheikh Ishfaq Jabbar (former MLA and National Conference representative from Ganderbal), Dr. Ghulam Nabi (former MLA and NC leader from Tral) and Zahoor Mir (former Pampore MLA and Peoples Democratic Party leader), all of whom are currently detained.

Sajad Gani Lone, who was a former minister and a BJP ally, too lost his father to an attack by gunmen believed to be from the Lashkar-e-Tayyaba.

Episodes of brutality have also claimed the life of Shaukat Ganai’s (NC representative from Shopian) father-in-law and brother-in-law. 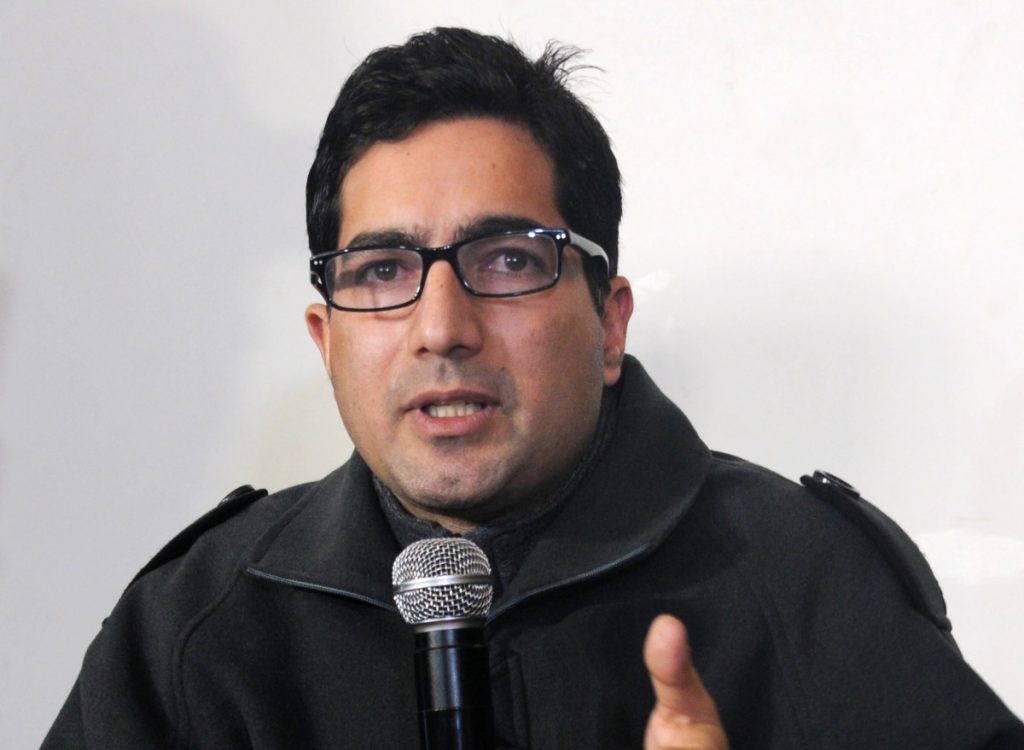 Shah Faesal, once described by Prime Minister Narendra Modi an inspiration for Kashmiri youth, who made further headlines after he quit the IAS and ventured into politics, also lost his father to militant violence.

Yasir Reshi, who lost his father-in-law to militant violence, played a significant role in the smooth conduction of Municipal and BDC elections in Srinagar amid boycotts by all leaders and parties, yet he serves time at the sub-jail.

Formerly held at Centaur and now shifted to the MLA Hostel is PDP youth president Waheed-ur-Rehman Para, whose efforts for youth politics and mobilisation were acknowledged by Union home minister Rajnath Singh himself.

Even the primary spokesperson for what was the PDP-BJP alliance, Naeem Akhtar, has been held at the sub jail, reflecting the BJP’s convenient forgetfulness of its two-year relationship with PDP!

Irony also surrounds detained Srinagar deputy mayor Sheikh Imran who aided the larger democratic process by contesting in elections at a time when nobody was willing to contest. Hakeem Muhammad Yasin, who has himself faced severe attacks where militants fired rounds at him was also jailed until Monday night, along with PDP’s Ashraf Mir who has also been released now.

Bhat, however was released on October 27.

History bears witness to the legacy of sacrifices that Kashmiri political leaders have made for the very sake of perpetuating democracy in the region. 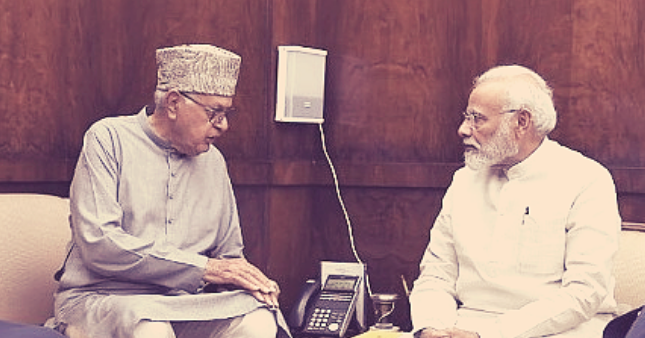 Sheikh Abdullah, who ratified the Indian Constitution in Kashmir, his son Farooq Abdullah and grandson Omar Abdullah sit jailed. Mufti Mohammed Sayeed, the prolific leader who once assumed the good office of the home minister, his daughter the only ever woman chief minister of J&K, Mehbooba Mufti, sits in solitary confinement today. It may be remembered that his other daughter, Rubaiya Sayeed had been kidnapped at the age of 23 by non-state actors only to send a strong message to her father that Indian democracy will not be entertained in Kashmir.

The “Sher-I-Kashmir International Convention Centre” named after Sheikh Abdullah no longer reminds of its past glory of hosting prestigious and significant events. Today it houses all those who gave democracy a chance to bloom in Kashmir. Can we claim the same about those who hold up our current BJP government? Are their sacrifices comparable with the political detainees in Kashmir?

The government needs to face the fact that these Kashmiri leaders, by virtue of their losses and their commitment to the idea of democratic proceedings, retain more credentials than the people who are actually booking them. 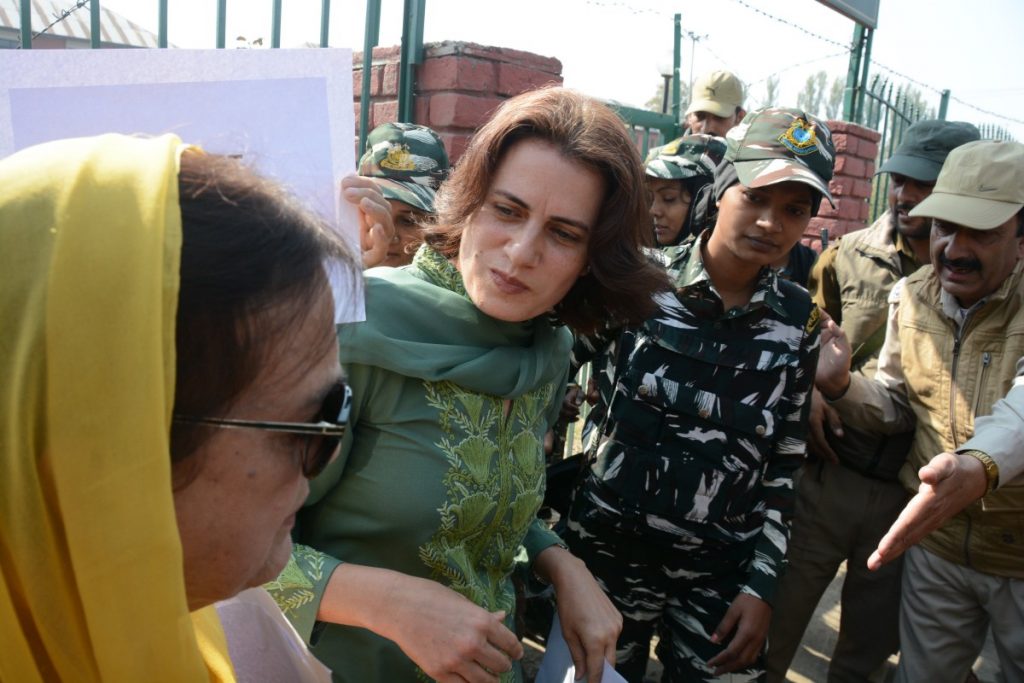 Safiya, daughter of Farooq Abdullah, during a protest demonstration in Srinagar, after which she was detained. Photo: Mudasir Ali

These jailed political leaders embraced, welcomed and participated in the idea of Indian democracy at times when talking about the political union of Kashmir with India was tantamount to being butchered. These leaders who have been at the receiving end of the conflict did not reject the idea of India. Rather, they strengthened their stand, and their political position by harbouring democratic processes in Kashmir, to give Kashmiris what was rightfully theirs, by the ballot and not the bullet.

The recent statements by Jitender Singh and A.K. Bhalla steer the masses into believing that the confinement and incarceration of the political mainstream, including the three former chief ministers of the region is a step towards peace.

Very recently, the detained political leaders were shifted from one sub-jail to another. The MLA hostel in Srinagar has been uninhabited for two decades now. The hostel has been further downgraded, with windows sealed using wooden logs and CCTV cameras installed. The leaders have been pushed to live in pigeon-hole like rooms.

Sajad Lone was frisked in a manner unimaginable, to which Waheed Para and Shah Faesal objected and in turn the officials insulted and humiliated them.

Lone, who despite the cut-throat criticism became the lone crusader of the BJP in Kashmir, today faces disgrace and ignominy at the hands of his own loyalists, what a treatment meted out to someone who Modi called his “younger brother”!

Since the shift to the MLA Hostel, every day has brought new sufferings to the detainees, from being shifted out of Centaur over accommodation concerns, to witnessing the harassment of their own family members at the hands of CRPF officials.

The BJP government continues to make efforts to buy silence at the cost of freedom – Naeem Akhtar, Sajad Lone and Shah Faesal have yet again refused to sign release bonds that would grant them freedom of movement, but rob them of their freedom of speech.

India claims to be the largest democracy in the world. What is the need to jail leaders who would have facilitated or suggested alternative measures for the transition or initiated alternative courses of action to address the same issue?

How can the BJP government jail elected representatives and talk about democracy in the same breath?

Some of the information in this article was gleaned from an interview of a formerly detained person who chose to remain anonymous.

Tarushi Aswani is pursuing a Masters degree in Global Studies at Ambedkar University, Delhi. She can be reached at tarushi31@gmail.com.

Note: This article has been updated to note that Dr. Raja Muzaffar Bhat was released on October 27.