Jammu and Kashmir police recently lost six young men in an ambush. But social media warriors seem to care only for likes and shares. 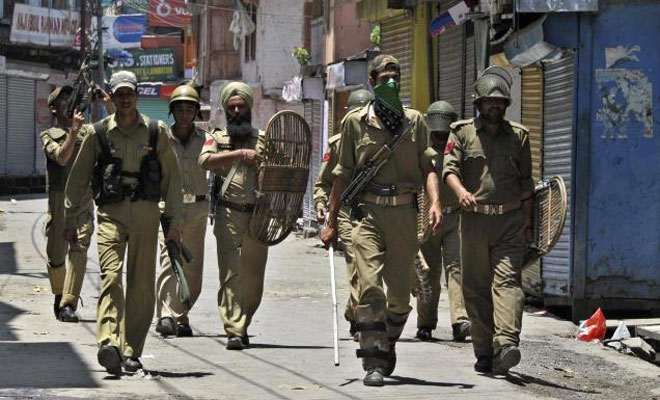 Simran is two years old and Addah, her elder sister, is five. Their father, Feroz Ahmed Dar, 32, a 2010 batch sub-inspector in Jammu and Kashmir police, had promised them that he would visit them on Eid. He won’t be able to honour his words.

Dar, the station house officer of Achabal police station in Anantnag, lost his life in an ambush on Friday, June 16, before Maghrib prayers – in the holy month of Ramzan. Eid is still a week away.

Eid will come and his absence and his memories will haunt his wife, Mubeena Akthar, aged parents and his two beautiful daughters.

As villagers queued up outside their home in Dogripora village in Pulwama district to offer their condolences, Addah and Simran watched bewildered, unable to understand the sudden rush of people at their house. As their mother and aged grandparents wailed and beat their chests, trying to come to terms with the devastating loss and the irreparable damage, the young kids panicked.

Dar was earlier injured in a grenade attack on Sherbagh police post in Anantnag where he was posted as the in-charge. After he recovered, he joined Achabal police station as the SHO.

In January 2013, Dar had posted his thoughts on death on his Facebook profile.

“Did you ever stop for a while and asked yourself, what is going to happen to me the first night in my grave? Think about the moment your body is being washed and prepared for your grave.”

Yes. Dar was that kind of a human being.

Swayam Prakash Pani, the police chief of South Kashmir range who looks after Kulgam, Anantnag and Pulwama, one of the finest IPS officers of our generation, was shattered when the news of Dar’s death reached him. He wrote about Dar on Facebook: “The officer whom everybody loved and who could get the support and respect of everybody around will always be in our hearts.”

On Friday, Jammu and Kashmir police lost six of its bravest young men in an ambush. The militants mutilated each of the killed policemen beyond recognition by shooting at their faces with dozens of bullets at point blank range, shredding their skulls into pulp and splinters. That was revenge killing.

Militants targeted a police party at Thajiwara in Achabal area on the outskirts of Anantnag district of South Kashmir, about 65 km from the summer capital Srinagar and killed six policemen, including a station house officer. They laid an ambush on Anantnag-Achabal road near Kulgad village and fired at the police party. They shot the policemen in their faces from close range, disfiguring them and escaped with their weapons.

The police team, taken by surprise at the deadly ambush by the militants who had positioned them at vantage positions, still tried to fight back. Once the ambush was over, the militants got into the police vehicle and sprayed bullets at them from point-blank range.

As the news of the ambush and the deaths of the police officers reached the drawing rooms of Delhi, Nagpur and Mumbai, the outrage industry and their celebrity warriors started a new round of keyboard campaign of contrived patriotism. Another bout of hashtags, retweets and Facebook likes.

When villagers in Chadoora, Budgam assembled together to offer condolences to Tasveer’s family, Aditya Raj Kaul, the associate editor of foreign and strategic affairs of Republic TV, tweeted:

For media analysts like Kaul, people gathering in the funeral of slain policemen exonerate the political class of its decades of misdeeds. Political nuances get a happy burial amidst breaking news tickers and “super-exclusive” interviews. Business as usual and the business is usual.

Ashoke Pandit, a member of the Central Board of Film Certification and the vice president of the Indian Motion Pictures Producers Association tweeted on June 16 after the ambush:

I apologise to d families of those brave 6 #martyrdpolicemen of #Anantnag ,J&K for failing to protect your loved one…#UndeclaredWar.

As if they ever needed the protection of people like Pandit and his page three platoons of keyboard combatants.

From Sopore to Shopian, from Tangdhar to Tral, from Kulgam to Kunzer, men and women of Jammu and Kashmir police are fighting militants despite physical threats and social discriminations to their families and relatives. They don’t flinch from the firing line of the terrorists. They don’t ask for peace postings. They don’t seek deputations to other organisations. They don’t threaten going on mass leaves to bargain with the governments of the day. They don’t gather at Jantar Mantar to ask for better pensions after their retirement.

Since those fateful summer days of 1989, they have taken the brunt of terrorists and their bullets on their chests. They have carried the weight of the idea of India on their proud shoulders. From Kathua to Kargil, they have accepted the challenge and stood up for the nation. In an organisation of less than 77,000 personnel, more than 1,600 men and women have sacrificed their lives in Jammu and Kashmir. More J&K policemen and women have lost their lives for the country than any other organisation in these 27 years of terrorism.

We always said #J&K police are #terrorists in the police uniform.Their heart has always been with #Pakistan.#NITCampusTension

He tweeted this on April 7 of last year, a day after trouble erupted on Srinagar’s National Institute of Technology campus as protesting students tried to leave the campus, leading to a confrontation with the police. Earlier in the week, the campus had witnessed clashes between local and outstation students after India’s defeat in the World T20 semi-final. The unrest had forced authorities to suspend classes.

In 2016, Pandit cursed J&K police and accused it of being anti-national. In 2017, he was magnanimous enough to play saviour to the families of the slain cops.

Pandit and Kaul are not alone. They are a part of a universe bred and brought up on ‘the nation wants to know’ brand of diet cooked by Republic TV and other olive-green wearing combat-ready TV studios.

When someone dies, an occasion that demands grace and solemnity and expects the living to afford the dignity of silence to the dead, why do educated people like Pandit and Kaul indulge in the game of chest-beating patriotism?

Simran and Addah are too young today. One day, one Kashmiri autumn day, they’ll ask this question. Be it the death of a policeman or the death of a civilian.

I hope Pandit and Kaul and their outrage industry find time beyond reading their daily newspapers and watching their evening prime time propaganda channels to answer this question. I hope they have time to go beyond Twitter quotes and Facebook likes and give death its due respect. Be it the death of a policeman or the death of a civilian.

One day Simran, two, and Addah, five, will hope the educated TV viewing masses of India do justice to every death in Kashmir.

Basant Rath is 2000-batch Indian Police Service officer who belongs to the Jammu and Kashmir cadre. Views expressed are personal.

Note: An earlier version of this article incorrectly noted that 7,100 men and women of Jammu and Kashmir police have been killed in the last 27 years.