Kashmir: Why Polls in Anantnag Lok Sabha Seat Will Be Held in Three Phases

The "unfavourable conditions" in South Kashmir may have been prompted by the Centre's 'muscular approach' to militancy. 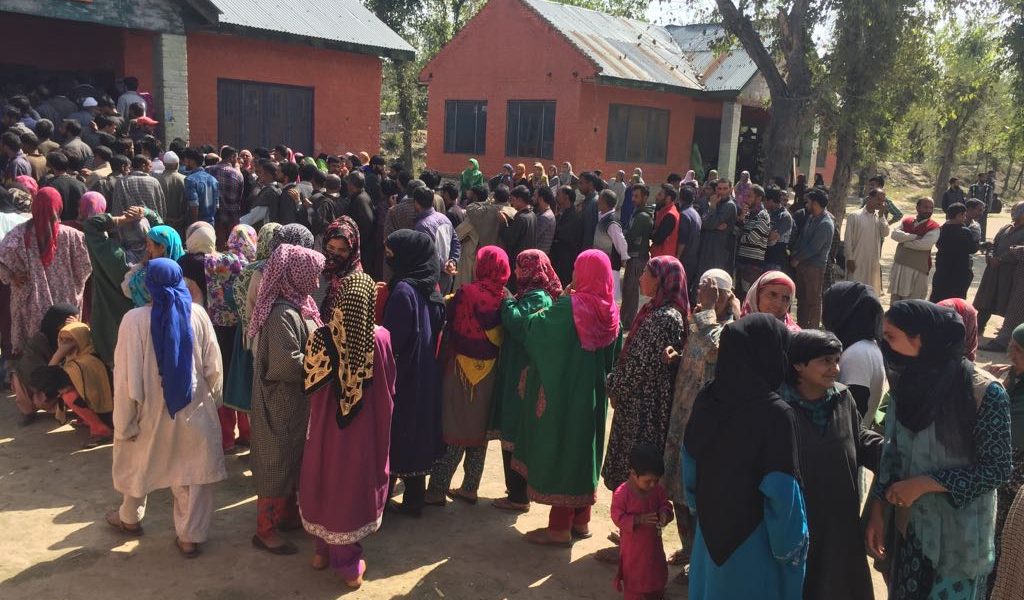 Srinagar: on Sunday, when the Election Commission of India (ECI) announced the schedule for the Lok Sabha polls, it left many in J&K bemused. The state has six parliamentary constituencies, but the body announced eight dates for conducting the electoral exercise.

“Has there been a delimitation of Parliamentary constituencies through Presidential order?” asked former finance minister Haseeb Drabu, as he questioned Commission’s poll schedule for “eight” seats in J&K.

“The last time I checked the J&K had only six (LS) seats,” he tweeted in total amusement.

Even former chief minister Omar Abdullah was left confused. “Something is wrong with this announcement. The ECI has counted 7 or 8 LS seats for my state but J&K only has SIX seats. #confused,” he tweeted.

Something is wrong with this announcement. The ECI has counted 7 or 8 LS seats for my state but J&K only has SIX seats. #confused

This confusion was however, soon sorted.

In an unprecedented move, the ECI has decided to hold elections to the restive Anantnag seat of southern Kashmir in three phases. The constituency is spread over the Anantnag, Kulgam, Shopian and Pulwama districts and is one of the three parliamentary constituencies in the Valley.

While Anantnag will go to polls on April 23, under the third phase, Kulgam will vote during the 4th phase, on April 29. The elections for the twin districts of Pulwama and Shopian will be held under 5th phase, on May 6.

“It is unprecedented and unheard of in the electoral history of India,” political analyst Zaffar Choudhary said on dividing the Anantnag constituency into three segments.

Many in the state administration were equally left perplexed over the decision.

What explains this unprecedented move?

Southern Kashmir has been witnessing frequent protests post the 2016 summer uprising triggered by the killing of Hizbul Mujahideen commander Burhan Wani. Since then, hundreds of educated youth have disappeared from their homes to join the militancy.

In the past three years, over 580 rebels have been killed in Kashmir. Most of these militants, who did not even receive rudimentary arms training, belonged to the constituencies in South Kashmir.

These killings have kept the entire constituency on the boil. At the same time, the phenomena of civilians risking their lives to rush to encounter sites to try and save militants has only made the situation difficult for government and forces.

This was quite evident when authorities decided to cancel by-polls to the Anantnag LS seat last year. It was probably the first time in J&K that an “unfavorable situation” forced the government to cancel the by-election necessitated after Mehbooba Mufti vacated it to return to state politics in April 2016.

The cancellation of by-election was termed as victory of separatists in Kashmir by mainstream politicians, including Abdullah. It was reminiscent of 1991, when the ECI couldn’t hold election for any Lok Sabha seat in the state.

Today, the region continues to remain out of bounds for mainstream parties, which have not dared to hold any major political rallies. During the recently-held local body elections, the region witnessed a near-total boycott.

“When you decide to hold elections in a single constituency in three phases, it is an acknowledgement of failure of the government’s policies to deal with the situation,” commented political commentator Happymon Jacob.

Today, he said, Kashmir is on tenterhooks. “There may not be an uprising like the one we saw in 2008, 2010 or 2016 but it is an uprising on daily basis, particularly in South Kashmir,” argued Jacob, who teaches at the Jawahar Lal Nehru University in New Delhi. 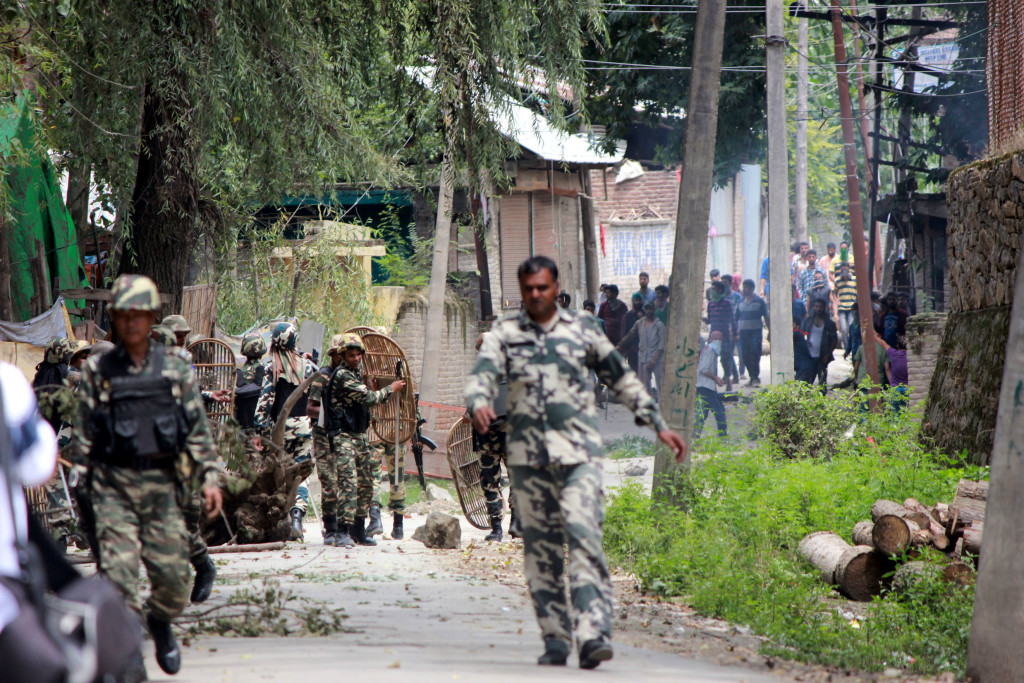 A photograph of the protests in Simthan, Bijbehara in 2016. Credit: Muneeb ul Islam

For the past two years, after the government of India took dialogue as an option off the table, the muscular approach has been the order of the day. According to Jacob this “militaristic approach” has completely failed in the Valley.

“This (three-phase election) is an admission of the very fact,” said Jacob.

Choudhary seconded him. “The manner in which you are conducting this election clearly explains failure of your security strategy in Kashmir,” argued Choudhary who is based in Jammu.

By raising security concerns, he said the government of India is admitting that it can’t manage a single constituency on a single day. “You have sent a very dangerous message within and outside India about the situation in Kashmir.”

But, at the same time, he went on to term the decision to stagger the polls for the Anantnag seat over three phases as a “hyper-reaction” and “contrary” to the situation on the ground. He said the recently held local body polls were described by the Prime Minister as a “success”. Choudhary said more than 90% of the people might not have voted in the elections, but there was not a single incidence of violence reported across South Kashmir.

“When you have such fresh examples, what are you basing your decision on?” he asked.