Black Flags in Kashmir – Mere Shadows or the Coming of Islamic State?

For the existing structure of azadi politics, Kashmir is an internationally recognised dispute – that is what gives them legitimacy. If ISIS arrives, the whole scheme is upset. 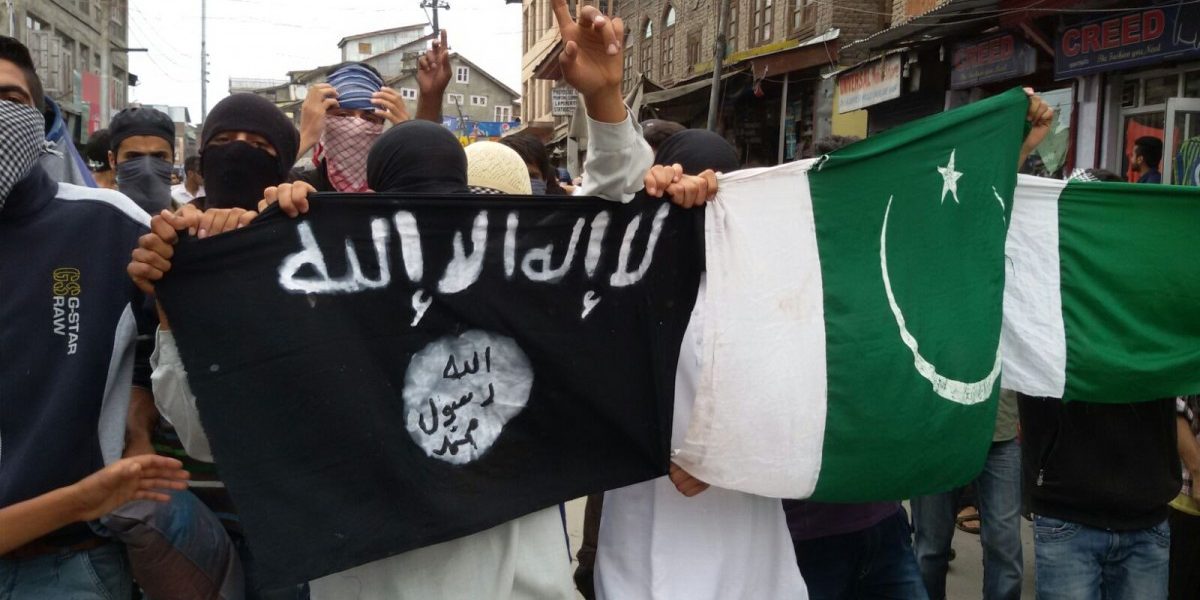 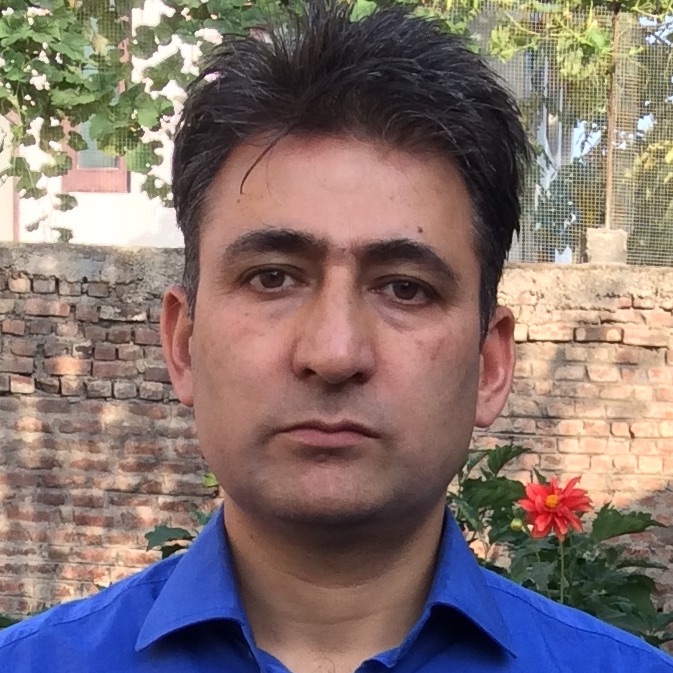 A riotous appearance of black flags at Jamia Masjid in Srinagar conjures up the spectre once again – ISIS. Once again phantoms raid the town and creep many out. The immediate response is condemnation from all over, coupled with an expression to oppose it openly. But it is still a mix of denial and lurking fear that guides Kashmir’s response to this new species of masked faces and black flags.

For some time, a pack of this species, shouting a new set of slogans, have a blitz on the scene. Jamia Masjid in Srinagar is the latest, certainly not the last. Earlier it happened at the funerals of some militants. This group tried hard to create a new imagery by waving huge black flags – with the same marks and slogans that the global eye knows as ISIS. As a deliberate reaction to this, we then saw green flags all over the funerals – draping dead bodies, and waving in thousand hands. A clear indication that a new variant of militancy is trying hard to displace the old, and the old is hitting back harder: Black vs Green. The incident at Jamia Masjid reiterates the contest.

Well, this can be just another attempt at just another place. It can also be only for optics – for this mosque is always in the eye of media. Before the massive 2016 public uprising, young boys were noticed waving black flags just outside this mosque. It brought a lot of attention to the Black, but it was largely ignored as a provocative sneer that added zing to the atmosphere where boys and young men hurled stones at government forces.

But there are signs that tell the choice of spot is deliberate, dropping a message sombre and significant. Jamia Masjid symbolises the core of Kashmir’s mainstream Muslim culture. It also acts as a principal spot for what Kashmiris call freedom, or resistance politics. All the underground armed groups that existed – or exist – in Kashmir have accepted its centrality one way or the other.

For three decades – beginning 1990 – Jamia Masjid has been the lone space that neither the unionist parties nor the government forces have been able to snatch from the azadi politics. If ISIS succeeds to barge into this space, it means a tectonic displacement in the politics and society of Kashmir.

Right now, ISIS is a faint murmur somewhere in the back of beyond, occasionally relaying the waves into the habitations. There is hardly any acceptability to it in Kashmir. The force that denies ISIS a foothold in Kashmir is two-fold, and Jamia Masjid serves as a locale for both. One, Kashmir’s mainstream Muslim culture. Two, the existing structure of azadi politics.

Kashmir’s mainstream Muslim culture is not a monolith. It comprises multiple strands. There are different religious sects, and belongings. There are groups and parties upholding various ideologies. But across these differences – from Salafis to Sufis – there are no takers for the brutal violence ISIS symbolises. The general impression is that this group does no good to Muslims – it only maligns Islam. This comprises the core opposition to anything sounding ISIS in Kashmir.

The active opposition comes from the existing structure of what is known as resistance or azadi camp in Kashmir. For those outside the Valley, it might sound strange that there is a structured opposition to even the idea of ISIS-type armed groups establishing itself in Kashmir – from the very armed groups that exist there. Political formations like the Hurriyat Conference have also openly denounced it. In fact, it was Geelani who first spoke openly against ISIS. 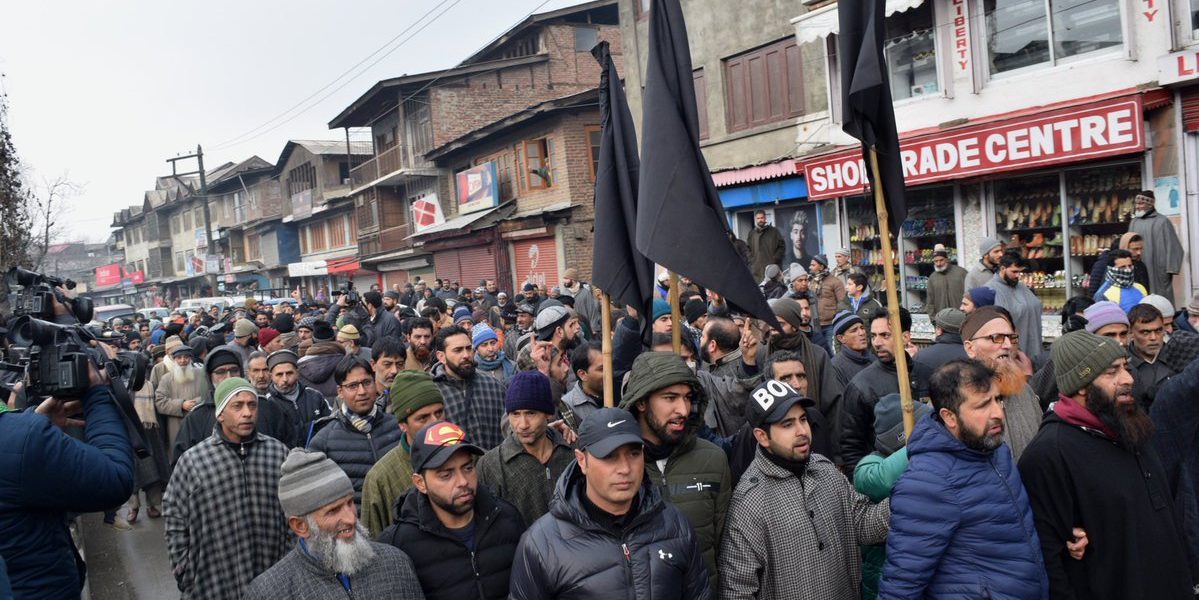 A protest against the unfurling of an ISIS flag at Jamia Masjid in Srinagar. Credit: Twitter/Mirwaiz Umar Farooq

But the reasons for this opposition are largely pragmatic. The existing structure of azadi politics, comprising political formations like Hurriyat Conference, JRL and the armed groups like Hizb-ul-Mujahideen and Lashkar-e-Taiba base their case on the globally known character of Kashmir issue. To all these groups, Kashmir is an internationally-recognised dispute, and that is what gives them legitimacy. In case ISIS takes over, the whole scheme is turned upside down. It would herald an existential crisis for them.

Pakistan also sits in the same line of thinking. ISIS plainly tries to dislodge all of this. It pushes aside azadi and Pakistan with equal vehemence, bringing in a new utopia by the name of Khilafat. It carries a symbolism embedded in Muslim history, and a virulent form of theological notions. And it knows that its theological content is not easy to reject for the religio-political parties of Kashmir. In the days ahead, this will make the contest between the black and the green curious and complex.

Pushing aside what happened at Jamia Masjid as just unpleasant is not a wise option. If we are not already, we will soon be in for a rude awakening. Right now, a bundle of unquiet thoughts is delivered at our doorstep in a treacherous way. We cannot refuse to open the door in the hope that someone else will carry the bundle off for us. The sinister seems to have marched in, desperately trying to drop anchor. The signals may be feeble, and far off, but certainly too dangerous to be missed.

A sense of foreboding creeps up. A changing dynamic of Kashmir conflict can turn ISIS into an entrenched interest, involving multiple players, state and non-state. The only thing that can break this tide-in-the-making is a return to political. A serious call for New Delhi, Islamabad and Kashmiri leadership to act with a sense of urgency.

True, all the political initiatives so far have yielded little, some would say absolutely nothing. And nothing sums it up like nothing. But the alternative to political is violent, and ISIS signals taking violence to a new high. It’s not the magnitude of violence that scares as does the character of that violence.

Mehmood ur Rashid is Opinion Editor of the Greater Kashmir, published from Srinagar. He writes a regular column for the same newspaper.