With Call For 'Islamic Rule', Zakir Musa May Have Signalled Ideological Split in Kashmir Militancy

The Hizbul Mujahideen has distanced itself from Musa's threat to behead Hurriyat leaders for terming the Kashmir struggle political and not religious, but some militant outfits have come out in support of him. 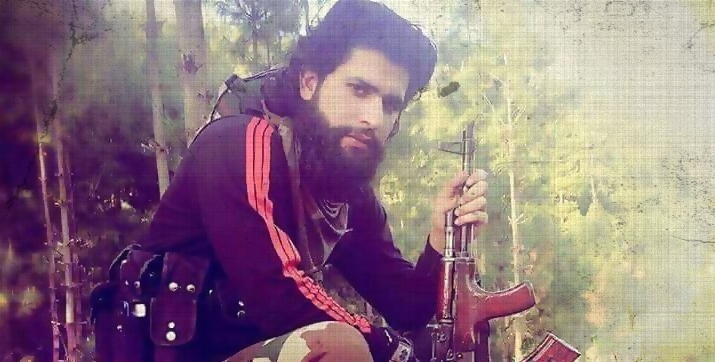 Zakir Musa was denounced by the Hizbul Mujahideen for threatening to behead Hurriyat leaders. Credit: Twitter

Srinagar: Zakir Musa, who rose to become the Hizbul Mujahideen’s top commander in the Valley, has threatened Hurriyat leaders that he will chop off their heads if they continue terming the Kashmir freedom struggle as a political one instead of a religious one to establish Islamic rule.

In a video that runs just over five minutes, Musa, who on May 13 parted ways with the Hizbul following differences over the rebellion against Hurriyat leaders, can be heard warning Hurriyat leaders against becoming “thorns” in the struggle for the imposition of Shariah.

“Our struggle is for implementation of Shariah. It is an Islamic struggle,” says Musa, who had taken over as the chief of Hizbul – the largest indigenous militant outfit – after the killing of Burhan Wani by security forces in July last year.

“I am warning them (Hurriyat leaders) not to play their politics. If they again try to become thorns in our path, the first thing we will do is behead you and hang you in Lal Chowk. We will leave the infidels and kill you first,” Musa warns in the video, in an open rebellion against Hurriyat leaders.

A day after Musa’s threatening message caused a flutter in Kashmir, the Hizbul Mujahideen dissociated itself from it terming the statement as “unacceptable” and “personal opinion”.

“The statement (of Musa) isn’t acceptable…This is the personal opinion Zakir Musa,” said Hizbul spokesperson Saleem Hashmi, in a statement issued from Pakistan occupied Kashmir. Stating that Hizbul Mujahideen was examining the statement and that they wouldn’t hesitate to take “any step in favour of Kashmir struggle,” Hashmi emphasises: “In these circumstances, any provocative statement or step could prove deadly for the movement.”

But in a dramatic turn of events, barely few hours after the Hizbul statement, Musa announced he will part ways with the militant outfit, this time through another video.

“If we are fighting for aazadi to establish secular state, then we are not martyrs…then my blood will not be spilled for it. If Hizbul Mujahideen does not represent me, I also do not represent Hizbul Mujahideen now onwards,” he states in over the new video, pressing further his position that his fight was not for a secular state but aazidi for Islam. “I stand by what I said and I do not care if anybody is with me or not as long as Allah is with me.”

He, however, made clear that his threat was only for those who were talking about a secular state. “I have not said anything against a particular person or Geelani sahab. My talk about hanging people has nothing to do with Hurriyat as I had talked about those moderates who support a secular state,” Zakir says. “If we get freedom for secularism, we will have to start another battle against them so telling this thing was very important.”

A former engineering student from a Chandigarh college, Musa hails from the Tral area of Pulwama. He was visiting his home on a summer break in 2013 when he disappeared to join the militancy. He was elevated to the group’s top role following Wani’s killing.

This is not for the first time that Musa has talked of aazadi for Islam. In a series of videos released by him last August, the militant commander described himself as “soldier of Allah”.

“Whether we are fighting with gun or throwing rocks, this should not be for nationalism but for Islam,” he said in one of the videos. In another video message in March this year, Musa was more direct with his call for establishing “supremacy of Islam”.

“I ask my stone-pelter brothers not to fall for war of nationalism. I see that many people in Kashmir are engaged in war of nationalism, which is forbidden in Islam…the fight should not be for the sake of Kashmir (rather) it should be for Islam for Shariat,” he reiterated in the video message.

Director general of police S.P. Vaid said Musa’s recorded message indicates a fight within the militant ranks in south Kashmir. “We don’t take such things seriously,” Vaid told The Wire, while confirming that the voice in the audio was Musa’s.

What does the threat signify?

For the first time in the 28-year history of militancy in the Valley has a top militant commander openly threatened to kill Hurriyat leaders. This indicates an apparent ideological split in Kashmir’s decades-old militancy.

As the threat became a talking point in Kashmir, former chief minister Omar Abdullah talked about the “damage” that the video has done. “The damage is done. Those looking to paint everything happening in Kashmir as a one big Islamic uprising are latching on to Zakir’s video,” Omar tweeted.

In another tweet he wrote: “1000s of us talk about the political issue of J&K &no one takes us seriously. 1 man with a gun posts a video &now he’s the voice of Kashmir?”

1000s of us talk about the political issue of J&K &no one takes us seriously. 1 man with a gun posts a video &now he's the voice of Kashmir?

On his part, Musa, after quitting the Hizbul, has vowed to continue to “fight for supremacy of Islam”. “Let me see, how many come with me,” he asserted in the second audio message. But his rebellion is now threatening to split different militant outfits operating in the Valley. One of the militant outfits, Harkat-ul-Mujahideen, came out in support of Musa on Saturday (May 13).

“Zakir Musa Bhai has spoken truth. We stand by him. Our support is always with him,” Harkat-ul-Mujahideen spokesperson Hasan Askari told local news agency CNS in a telephonic statement.

Musa’s threat-to-kill message came after Syed Ali Shah Geelani, Mirwaiz Umar Farooq and Muhammad Yasin Malik said on May 9 that the Kashmir issue is political and the ongoing movement is indigenous and has nothing to do with organisations like ISIS and Al-Qaeda. They blamed “Indian agencies maligning the movement under a well-thought-out plan”.

“The groups like ISIS and Al-Qaeda are nonexistent in the State and that there is no role for these groups within our movement. The agencies are hiring some sick-minded and Ikhwan-type goons who have been assigned the task of creating chaos in the state. They have decided to go for mysterious killings, burglary, loot, plunder and vandalism under the garb of these groups, to defame the freedom struggle and to influence the international viewpoint,” the trio said in a statement.

The statement was seen as coming in response to a speech made by a masked militant on the grave of a slain colleague in Kareemabad in Pulwama on April 7, where he had said militancy in Kashmir was a fight for the implementation of Islamic rule and not for any group or Pakistan.

“We want Islamic system in Kashmir. We have stood up for not any organisation or Pakistan but Islam,” the militant said while addressing the gathering at the funeral, asking people not to wave “un-Islamic” Pakistani flag.

The militant had also praised Taliban, arguing that it fights in Pakistan for the implementation of Islam. “Why I asked you to shout slogan of Taliban is because Taliban wants Islamic system in Pakistan. We should love Taliban,” he said.

The statement was, however, discarded by United Jihad Council, a conglomerate of several militant organisations, including the Hizbul. “Those opposing the Pakistani nation and flag and supporting Taliban tells about the intentions of the gunmen masquerading as Mujahideen. These people are out to create confusion,” spokesman of the council Syed Sadaqat Hussain said in a statement.

Political analyst Noor A. Baba said the “situation” that has unfolded for past four days was very “unfortunate and harmful” to the political cause that people in Kashmir were associated with.

“This doesn’t serve our cause,” said Baba.

Breaking their silence over the death threat issued by Musa, the separatist leaders on Sunday evening cautioned that any disunity in the “freedom camp would give Indian government a chance to sabotage the movement”.

Although the joint statement by Geelani, Mirwaiz and Malik did not name Musa, it asked all political and militant organisations to “fight for freedom with vision and wisdom”.

“The freedom movement is in a crucial stage. We need to be careful because our enemy may gain an advantage from prevailing crises,” the statement said without naming anybody. “All political and militant factions have decided to remain united against them. We won’t allow India to create a rift in the resistance camp.”

The trio said the separatists have succeeded in shrugging off their “hardline and moderate” tags, uniting on a one-point programme of attaining “freedom from forced occupation”. “India stands frustrated by this unity,” the joint statement said. “We ought to remain cautious, and refrain from taking any step that would help its forces play foul with the freedom movement.”