Judgment and Justice: What Karunanidhi Wrote About Babri Masjid and Ram Temple

For a leader from a state so far away from the scene of the mosque’s destruction, Karunanidhi's reaction was quite strong. 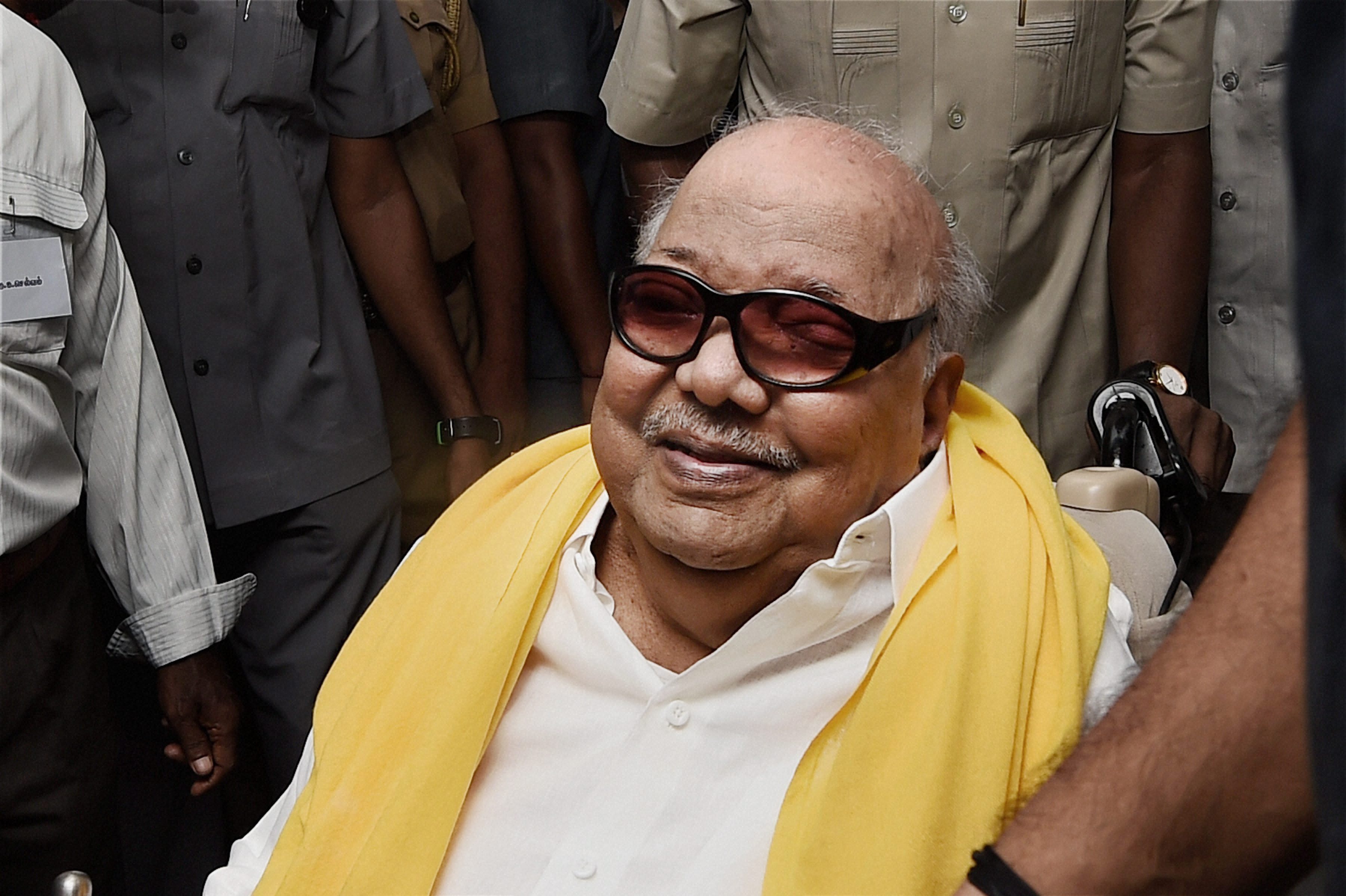 The much-awaited verdict on the decades-long Ram-Janmabhoomi-Babri Masjid suit has come at last. There is a sigh of relief among the Ram bhakts and the parties that played politics with it. Ram has been saved, redeemed. He will be seated in His place of birth – in a grand temple the world has not yet seen, in all His glory. The others – those who had claimed the place as theirs have been asked to vacate – to shift to a larger place to build a new mosque and to wipe out the memory in their collective conscience of the 470 years old mosque that was demolished by a frenzied mob 27 years ago.

The chapter is closed. The curtain is down. Or is it?

While all the political parties have been guarded in their positive response honouring the Supreme Court verdict with a call to maintain mutual harmony, Seeman, leader of the Naam Tamilar Katchi, or We the Tamils Party, in Tamil Nadu tweeted: “This is just a judgment – not justice. The Supreme Court says the demolition of the 16th century Babri Masjid [on December 6, 1992] was ‘an egregious violation of the rule of law and a calculated act of destroying a place of public worship’.” “But it is highly disappointing,” he says, “that the demolishers have not been punished! Demolition of the mosque was not merely a violation of the rule of law but a violation of another’s faith and the country’s sovereignty.”

Seeman’s tweet from the far South will be ignored in the din of the euphoria all over. The man in the street in Tamil Nadu will most probably agree with Seeman. The Ayodhya temple issue has never been an emotive one in Tamil Nadu. Culturally, the Tamils, accustomed to the Shaivite and Viashnavite hymns, are not serious devotees of Ram. With the birth of the rationalist Dravidian movement, the idea of Ram was totally shelved by the Dravidianists. Valmiki’s Ramayana was an epic written in Sanskrit – vadamozhi – language of the north, and nothing more. The beautiful translation of it in Tamil by Kamban was an excellent piece of literature and nothing more. The Dravidianists totally rejected Valmiki, blaming him for depicting Ravana, who according to them was a Dravidian, as a demon.

The late M. Karunanidhi, five-time chief minister of Tamil Nadu and leader of the Dravida Munnetra Kazhagam (DMK), always had an uncomfortable relationship with the idea of Ram as a divine incarnation. He expressed his views in no uncertain words when Ram stood as a stumbling block to an ambitious project of his. One of his pet projects was the Sethusamudram Shipping Canal Project, to create a shipping route in the shallow straits between India and Sri Lanka that would provide a continuous navigable sea route around the Indian peninsula.

He believed it would bring economic prosperity to the southern districts of Tamil Nadu through easier trade and commerce. But the Hindu Munnani and other fanatical groups raised a hue and cry, demanding an alternative route to the proposed shipping canal in the narrow straits between Sri Lanka and India.

The UPA government at the Centre supported Karunanidhi’s proposal. The Janata Party chief Subramaniam Swamy, the Hindu Munnani’s Ramagopalan and several others took the matter to court when quite an amount of money had already been spent on the work. Their argument was that the proposed alignment for the project would mean destroying the Ramar Sethu – called Adam’s Bridge – the mythical bridge built by an army of monkeys for Lord Ram to wage war with Lanka and bring home his abducted wife Sita.  The project, if executed, they said, would hurt the sentiments of Hindus.

Karunanidhi thought their view was ridiculous and irrational. He burst out angrily in front of the TV cameras with the words, “Who is Ram? Ram is a lie. There is no historical truth in an epic that depicted Ravan, a Dravidian as a villain.” He became belligerent, pressurising the Centre to implement the project. He called for a bandh in Tamil Nadu in September 2007 to demand implementation of the project. But the Supreme Court termed the bandh illegal. He could not defy the highest court of law. He decided to go on a fast instead. 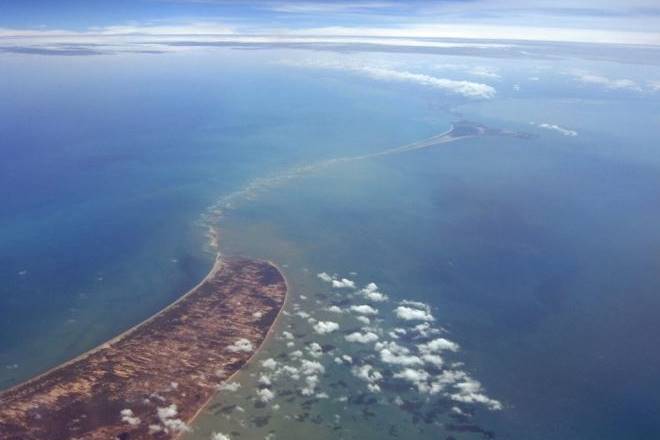 It is pertinent now to recall what Karunanidhi wrote about the demolition of the Babri Masjid back in 1992.

As karsevaks began their march to Ayodhya, intent on demolishing the ancient mosque, the DMK began conducting protests and public meetings, condemning their intention. However, Jayalalithaa, who was Tamil Nadu chief minister at the time, supported the building of the Ram temple in Ayodhya in the disputed land. On December 5, 1992, Karunanidhi wrote in Murasoli, the DMK party organ:

‘What does karseva mean? Service to god or service to sow seeds of unrest? [And a lady here to lend a hand to this deed?]

They say Ram was born in the Treta Yuga

Dvapara yuga arrived and has been crossed

When one says this is Kali Yuga

It means twenty lakh years have gone by

‘They say Ram was born there twenty lakh years ago. Who saw that, I wonder? Who has written about it? Now by insisting that this is the exact place, how just is it to demolish Islamic history? ‘

‘If you say you want a temple for Ram in Ayodhya, we have no quarrel about that. But if you say to build the temple you will demolish Babri Masjid, we will not agree!’

The next day, to the shock of the nation, karsevaks demolished the Babri Masjid. Karunanidhi again came out with a statement to the press, strongly condemning their action and the Centre’s failure to prevent it: “For not taking steps to prevent such a dastardly deed, the Centre will have to take full responsibility for what is going to happen.”

For a regional leader, from a state so far away from the scene of the mosque’s destruction, and to react so strongly to an issue with which the people of Tamil Nadu had no emotional connect, was a manifestation of Karunanidhi’s deeply held belief in secularism, He predicted, rightly, that it would leave a deep scar on the soul of the nation.

What would he have said about the Supreme Court’s verdict last week? It is not hard to guess.

Vaasanthi is a Tamil writer and author of several books, most recently on Jayalalithaa.