Political parties, writers' and women's bodies, and NGOs have decided to stage a state-level protest against the changes. 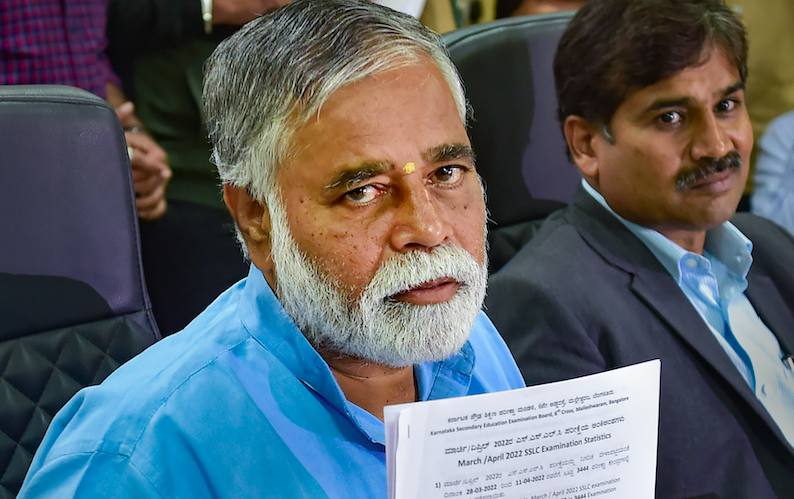 New Delhi: The controversy over the Karnataka government’s new school textbooks – with alleged revisions that have attracted claims that the curriculum is being ‘saffronised’ – has refused to die down even with the primary and secondary education minister doubling down on the revisions.

Several organisations, including political parties, writers’ and women’s bodies and NGOs have decided to stage a state-level protest against the ‘saffronisation’ of education, on May 31, Siasat has reported.

Among those opposed to the revisions is former Karnataka education minister and BJP’s own MLC, A.H. Vishwanath, who according to Indian Express, said textbooks and political ideology must be separated. “Textbooks are bound to get politicised when someone who is not an expert in the education field is appointed the head of the committee,” he said.

Congress leaders Siddaramaiah and D.K. Shivakumar have also spoken out against the revision, asking for the books to not be printed before discussions.

“Let the BJP use Hedgewar, [RSS ideologue] Golwalkar and [Gandhi’s assassin] Nathuram Godse in their political rallies and to ask for votes…But politicising education for selfish reasons will hold no good,” Siddaramaiah has said.

Minister B.C. Nagesh on Monday, May 23, alleged that confusion is “unnecessarily being created” by “so-called self-declared intellectuals and education experts” and Congress leaders. He said that the Karnataka government was going to teach students “real” history.

Educationists have alleged that textbook revamp initiatives, to cast the beginnings of the RSS and BJP in better light, have been on in states ruled by BJP. Earlier in May, the new history book for Class 9, prepared by the Board of Secondary Education in BJP-ruled Haryana had created a row by blaming Congress for the 1947 Partition of India.

The book additionally lauded the “positive” role the RSS and its founders played in “awakening cultural nationalism and freedom struggle” in addition to devoting several paragraphs to Hedgewar.

In 2014, author G.S. Mudambadithya led a campaign to rewrite textbooks based on the National Curriculum Framework of 2005, which culminated in the Siddaramaiah government of the Congress appointing writer Baragaru Ramachandrappa as the textbook committee chairperson, according to Indian Express.

The committee allegedly made sweeping changes to especially science and Kannada textbooks. BJP and Hindutva groups at that time opposed the inclusion of a chapter on the birth of some religious communities and a study of caste history, Express has reported.

In his Monday press conference, school education minister Nagesh said the changes under Ramachandrappa ensured that textbooks were “filled with lies and misinformation,” according to Deccan Herald.

Nagesh said when attempts are underway to put out actual facts, the “so-called self-declared intellectuals and education experts” and Congress leaders are unable to digest it.

“Those unable to digest the smooth functioning education department are spreading lies. It started with rumours that a lesson on Tipu Sultan was being omitted from the textbook, even before the textbook revision committee report came. Then, when the book went for printing, it was alleged that a lesson on Bhagat Singh had been dropped, despite my immediate clarification that no such omission had been made,” Nagesh said.

The minister said that the chapter on Bhagat Singh has not been removed, and that information regarding other revolutionary freedom fighters like Chandra Shekhar Azad, Sukhdev, and Rajguru, have been added in the revised textbook.

Deccan Herald has quoted Nagesh as having said that a lesson on Bhagat Singh written by G. Ramakrishna was replaced with the one written by Chakravarty Sulibele. “Those creating a fuss about the writer should know that Ramakrishna was identified with the communist ideology. When you can include a chapter written by him, why not one by Sulibele?” he asked.

Nagesh said opposition to the new syllabus had the ulterior motive of “creating communal hatred.”

He asked “why no one questioned when certain chapters were omitted by the previous textbook revision committee” headed by Ramachandrappa.

On the omission of a chapter on social reformer Narayana Guru, the minister claimed that there had been complaints from teachers regarding Class 10 history textbooks “over-burdening students.” The syllabus, according to Nagesh, could not be completed in a year.

He alleged that the previous textbook committee had reduced content on Mysuru Maharajahs, adding more information on Tipu Sultan.

Nagesh also said the present committee has removed certain lines from a chapter on Periyar as it reportedly said Rama represents Vedic culture and Ravana represented Dravidian movement. “Should we teach our students such things?” he asked.

The minister said “misinformation is being spread that Kuvempu has been disrespected in the textbook.”

“We have, in fact, added a couple of chapters on Kuvempu and his writings like Ramayana Darshanam, while the previous committee had removed some chapters,” he said. 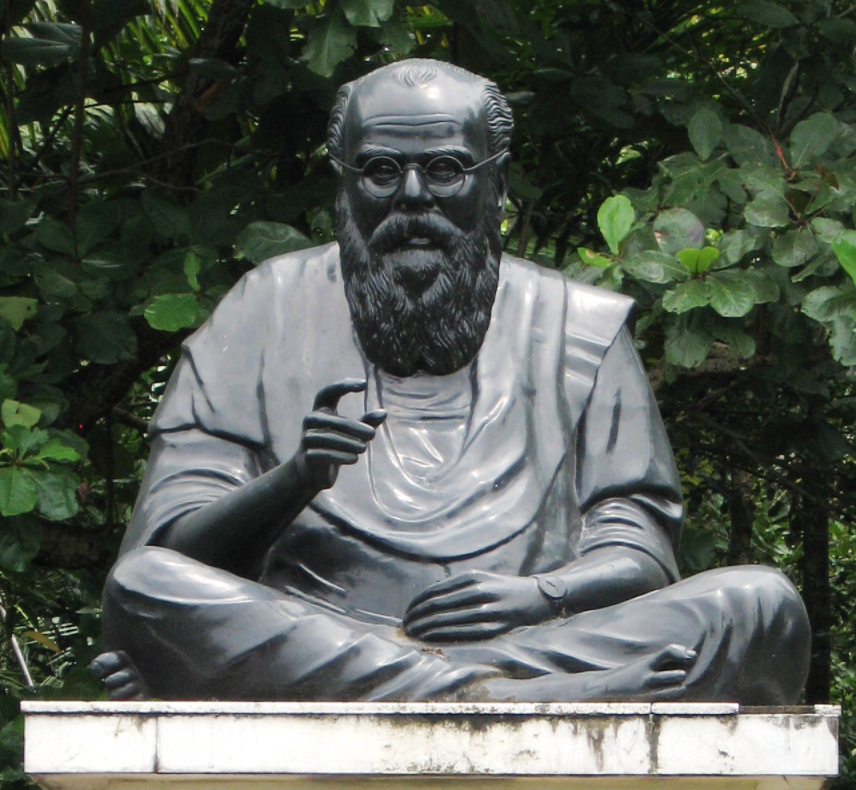 At every step, Hindu history or historical figures were “avoided”, he said, even in Kannada the word “Indian Ocean” was used instead of “Hindu Maha Sagara”, as the ocean is called in the vernacular language, because it has the word “Hindu” in it.

Nagesh said the previous committee constituted by the Congress regime had removed chapters on B.R. Ambedkar, Mahatma Gandhi and distorted facts on Swami Vivekananda, while a chapter on Jawaharlal Nehru’s letter to his daughter was added by removing lessons on “Sindhu Culture”.

Nagesh also defended the inclusion of Hedgewar’s speech saying that the RSS founder “dedicated his entire life for the nation, first beginning as a revolutionary and then with Congress.”

“Hedgewar came out of Congress as it associated itself with the Khilafat movement, and then founded the RSS to motivate youngsters for the cause of the nation,” the minister further said.

“We have included only the speech which talks about role models,” he added, according to Deccan Herald.

“Writers and thinkers with RSS background also have equal rights under the Constitution, like the Left and so-called secular intellectuals or thinkers have,” he said.