The petitioners who had opposed Surya’s gag order told the court that voters had a right to know more about their candidate. 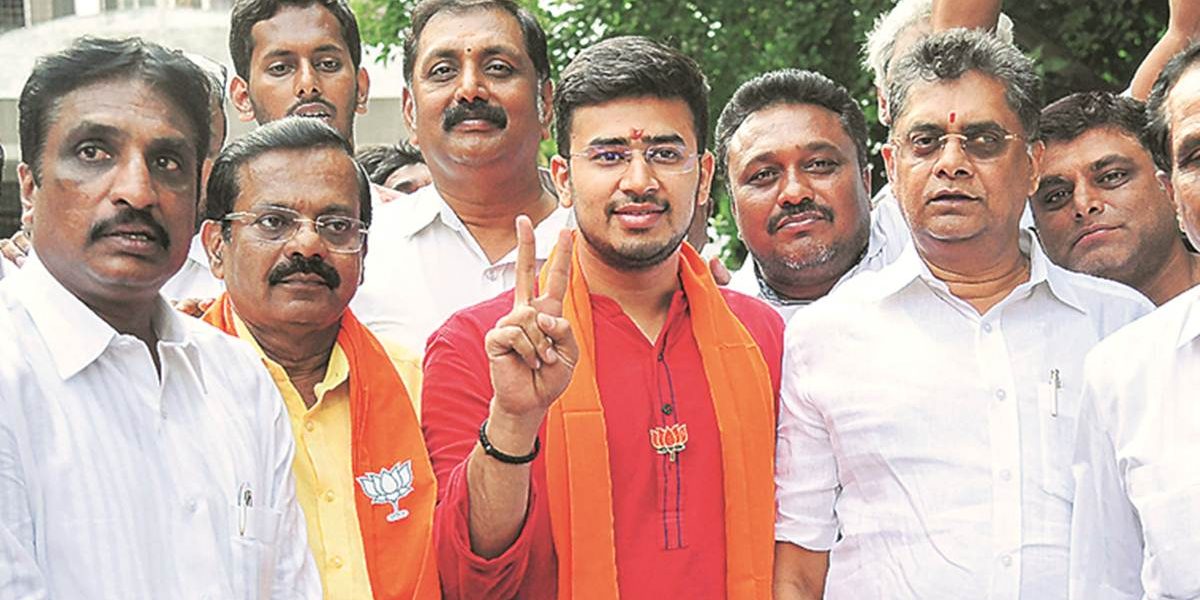 BJP candidate from Bangalore South Tejasvi Surya after filing his nomination at Jayanagar in Bengaluru in March 2019. Credit: PTI

New Delhi: Last month, the BJP’s youngest candidate from Bangalore, Tejasvi Surya, got an injunction against 49 media outlets reporting anything that could be “defamatory” to him. On Friday, the Karnataka high court set aside this injunction.

The order was passed by a division bench which included chief justice of the high court, Justice L. Narayana Swamy. The successful challenge to Surya’s gag order was made by the ‘Democratic Reforms Organisation.’

When Surya got the injunction in March, the order had noted that sexual harassment allegations had recently been made against him on Twitter. Surya’s lawyers had given copies of these allegations.

But the high court set aside this order and said that the media should not be stopped from publishing content which may not be defamatory.

The petitioners who had opposed Surya’s gag order told the court that voters had a right to know more about their candidate and that courts could not stop the media from such reporting as that would affect the nature of free and fair elections.

The high court also made a reference to the Rafale case, where the Supreme Court allowed a review petition this week to examine the case, which was based on media reports on the alleged scam.

The court told Surya to approach the Election Commission if he still finds media reporting against him to be “defamatory”.

After allegations of harassment were made against Surya on Twitter, the Karnataka Congress had asked, “Is Tejasvi Surya another MJ Akbar in the making?”, referring to the former minister who was recently accused of rape by a US-based journalist and sexual harassment by a number of journalists in India. A BJP spokesperson called the allegations against Surya “slander”.

Soon after allegations against him surfaced on Twitter, Surya obtained an ex parte order from a sessions court, banning more than 40 news outlets from publishing anything “defamatory” or “derogatory” against him.

The sessions court order speaks of “the prima facie defamatory messages” in the media, and copies of a “Me Too case against Tejaswi Surya” from Twitter, which was submitted to the court.

The lower court judge said, “How all of a sudden these allegations against the plaintiff emerged immediately after he filed nomination for general elections is a questionable question.”

Also read: Why Tejasvi Surya Is Symptomatic of the Sangh’s Bigotry-Driven Agenda

He then went on to pass the order which gagged some of the biggest national and Karnataka based media outlets from reporting issues that could be “defamatory” to Surya.

The order was also against WhatsApp, YouTube, Yahoo India, Facebook India, Google India. Surya’s lawyers have incidentally not included Twitter in their petition even though the court order says that the allegations against him came up on Twitter.

“Call me a bigot,” says Surya

Surya has come under scrutiny of late for his views on women, Muslims and Hindus.

“Call me a bigot,” he said recently, while explaining that the BJP has lost elections because Muslims have “consolidated.” He said “BJP should unapologetically be a party for Hindu.”

Call me a bigot, communal fanatic or whatever. But singular reason for BJP’s defeat in Jayanagar is the complete consolidation of Muslim vote. Look at the below numbers from Gurappanapalya, a Muslim locality.

BJP must ‘really’ become a Hindu party & not just be perceived as one. pic.twitter.com/oWbtOSbEE1

Last month he said Hindus should “agitate for a Hindu rashtra” and that secularism was a losing strategy.

In 2014, he tweeted that he dreads the day when women’s reservation may become a reality.

Surya is hardly alone with these kind of comments. His senior in the BJP, and union minister, Anantkumar Hegde, has also been making comments like this for years.

In 2017, Hegde questioned whether the constitution actually guarantees that India is a secular country. He promised that his party would “come to change the constitution.” He has further advocated on this, telling people not to identify as secular at all.