Goa chief minister Pramod Sawant said that the state was currently "sourcing live animals and beef meat from other states”. 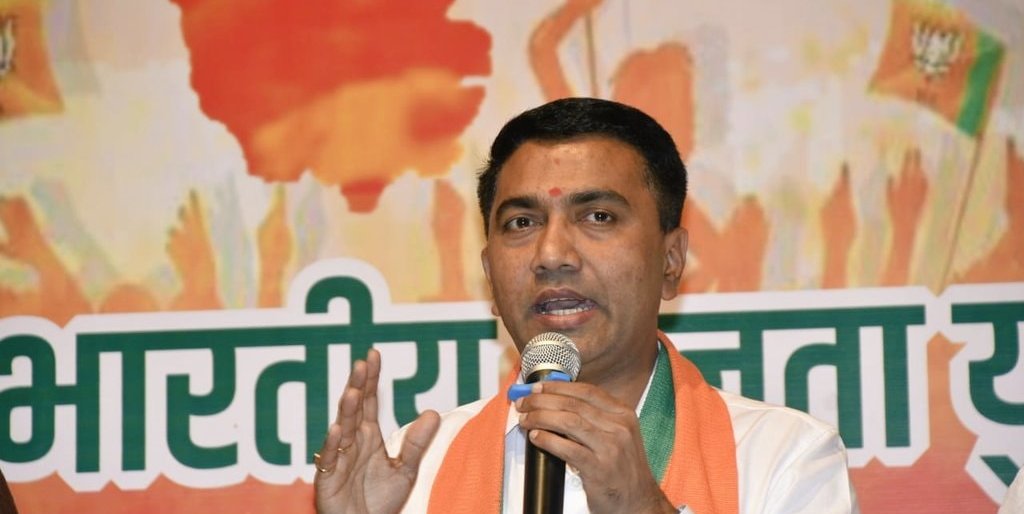 New Delhi: The BJP-led government in Goa is trying to find an alternative legal channel to ensure safe passage of livestock to the state after neighbouring Karnataka recently passed a stringent anti-cow slaughter Bill.

According to a report in the Indian Express, the Pramod Sawant-led government has convened a meeting between Karnataka’s cattle suppliers and Goa’s meat traders to find a way to supply livestock to the state. Goa thrives on tourism, a vital resource of which is food.

Ever since Maharashtra passed an anti-cattle slaughter Act four years ago, Goa has depended entirely on Karnataka for the bulk of its beef supply which makes it way to Goa either through transportation of live buffalo and bull or carcass from Karnataka’s abattoirs.

However, the recent passage of the Karnataka Prevention of Slaughter and Preservation of Cattle Bill, 2020, has thrown a wrench into the tourism state’s needs for beef just as the state is gearing up for Christmas and New Year celebrations. “Last week, tourists didn’t have steaks… This will have an impact on tourism. Further, the pork segment will feel the pressure now,” the president of Goa’s Shack Association, Cruz Cardoza, said.

Also Read: Whatever the BJP May Say, the Cost of ‘Protecting’ Cows Is High

“Along with Maharashtra, Karnataka was our major source for live animals and meat (slaughtered and weighed). I have asked the Director of Animal Husbandry and Veterinary Services to look for ways and sources to tackle this situation,” Goa chief minister Pramod Sawant said and added that the state was currently “sourcing live animals and beef meat from other states”.

“I also worship gau mata. But we have a 30% minority population in our state. It is my duty to look after them, too,” Sawant said.

A wing of the Goa Church, the Council for Social Justice and Peace (CSJP), has also urged chief minister Sawant to resolve the issue of beef shortage with the neighbouring state. In a memorandum submitted to Sawant on December 15, the CSJP urged him to take up the issue with his Karnataka counterpart and request him not to notify the bill in order to protect the livelihood of hundreds of meat traders in Goa, who are dependent on the trade.

The Bill, which was adopted by the Karnataka assembly a few weeks ago, seeks a total ban on the slaughter of all cattle and buffaloes below 13 years of age. The Bill also imposes a stringent punishment upon violation of the legislation including imprisonment between three years and seven years with a fine not less than Rs 50,000 per cattle and may be extended up to Rs 7 lakh. The interstate transportation of cattle will also be banned without prior permission from competent authorities.

The state’s meat traders have said that the Goa administration has provided them with assurances to help them overcome the beef shortage arising out of Karnataka’s recent legislation.

Additionally, the Goa Meat Complex, which as per Goa’s anti-slaughter laws allows for bovines other than cow, has been shut for four years. “We legally have permission to get live animals from Karnataka and give them to Goa Meat Complex. But now with the complex shut we do not have any such option. It is further risky to get animals if Karnataka passes the Act,” the Quraishi Meat Traders Association president Manna Bepari said.

The Cold Storage Association, on the other hand, is looking at meat export houses in Delhi to expand its supply. “One cannot even transport bovines from one district to another. Even the farmers who want to transport bull and buffaloes will face a tough time. The powers are now available right till the rank of a sub-inspector to raid and arrest. Chances of getting beef from Karnataka is zero,” Cold storage Association president Vernon Lobo said.

Lobo also said that while previously Rajdhani Express and Mangala Express brought two tonnes of beef tongue and undercuts and tenderloin daily from Delhi, now the state would have to “fully rely on export houses of Saharanpur in New Delhi”. “Earlier, they would only direct the undercuts and tongue to Goa market. Now we will have to go for deboned beef chunks entirely from New Delhi as without Karnataka our supply is affected 100 per cent,” Lobo said.

He also added no other south state had abattoir facilities like Karnataka. “We did look at other avenues. Kerala doesn’t have that kind of supply as they too are dependent on Tamil Nadu,” Lobo said and added that any delay in trains would affect beef supplies.

Bepari, however, pointed out that unlike frozen meat, fresh meat cannot travel for more than three hours. “This rules out any other state for us, as Karnataka was the only viable one,” he said.

Every day, Bepari’s association gets 15 tonnes of fresh meat in five trucks, which are then routed to five municipal markets in Panjim and Mapusa in north Goa and Ponda, Vasco and Margao in south Goa.

The Quraishi Meat Traders Association gets 15 tonnes of fresh meat in five trucks every day, which are then sent to five municipal markets across Goa.